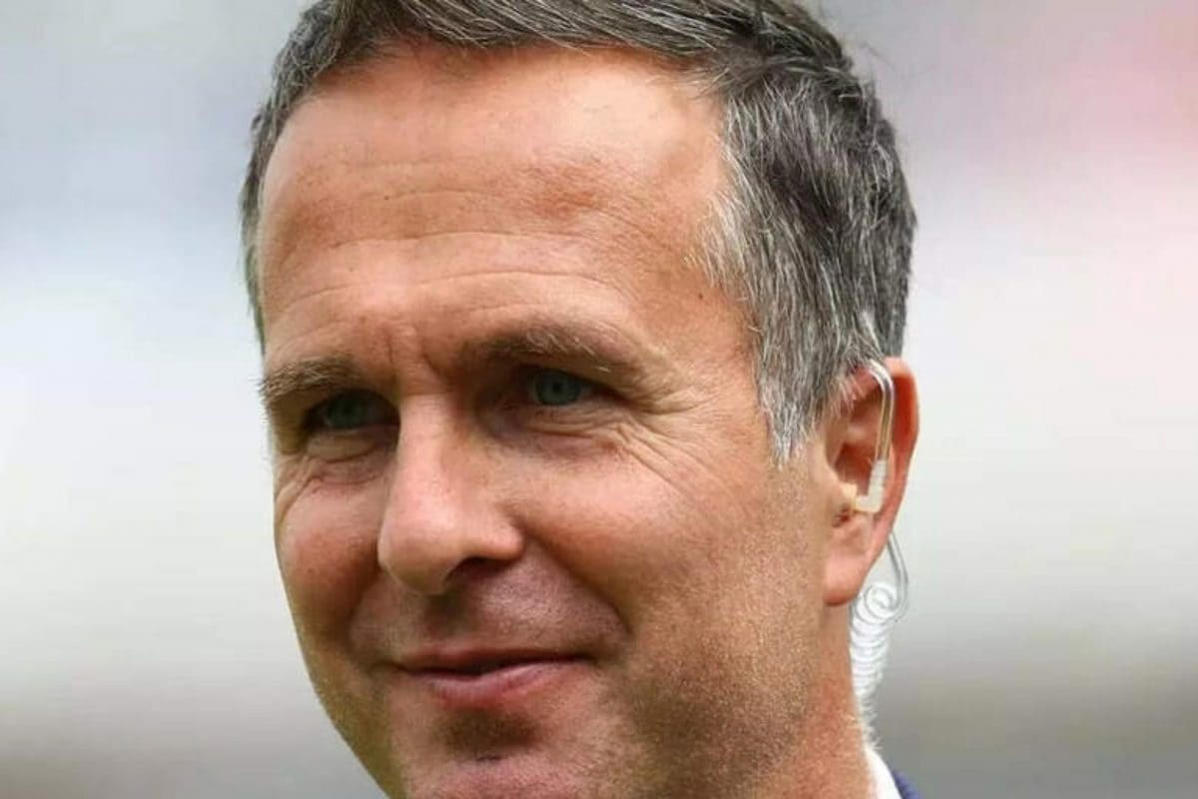 MS Dhoni-led Chennai Super Kings’ made their way to their fourth Indian Premier League title by defeating the Kolkata Knight Riders in the final on Friday. The men in yellow had the momentum going in their favour right from the start with a solid partnership between openers Rituraj Gaikwad and Faf Du Plessis. While Rituraj was dismissed for 32, Du Plessis scored 86 off 59 deliveries and gave his team a platform to reach the final score of 192 runs. The South African batter showed exceptional form in IPL 14 and finished the tournament with 633 runs to his credit in 16 matches.

While his current form should make him a natural choice to lead the South African batting lineup in the upcoming T20 World Cup, Cricket South Africa selectors dropped him from the 15 member squad for the tournament. After Du Plessis’ IPL 14 final innings, the decision once again came under fire and former England Michael Vaughan lashed out at the South African selectors.

Calling Du Plessis’ omission ‘ridiculous’, Vaughan tweeted, “Absolutely ridiculous how Faf will not be playing for South Africa in the T20 Cup.”

Absolutely ridiculous how @faf1307 will not be playing for @OfficialCSA in the T20 World Cup !!!

South Africa is placed in Group 1 of the T20 World Cup alongside England, Australia and the West Indies. The team led by Temba Bavuma will start their tournament campaign with a clash with Australia at the Sheikh Zayed Cricket Stadium, in Abu Dhabi on October 23.

Meanwhile, India will play against archrivals Pakistan in their first match on October 24. The tournament will be Virat Kohli’s last assignment as the T20 captain. Former Indian captain Dhoni has been roped in to mentor the team for the tournament.

BOTTOMLINE: It's time to bet on change

In rush to tackle pollution in Delhi, do not forget small towns and villages, say experts

The APEX Center in Las Vegas, Nevada was home to a great evening of fights at UFC Vegas 44: Font vs. Aldo. The card saw six (T)KOs, two submissions and ... Read more »

© Esther Lin, MMA Fighting Jose Aldo The UFC Vegas 44 post-fight press conference is the last piece of business to take care of after the action is over in ... Read more »

OPINION: For A Conscious Planet, Focus Should Move Towards Soil

© Provided by News18 OPINION: For A Conscious Planet, Focus Should Move Towards Soil Our body is essentially soil and water. The quality of our soil and water determines the ... Read more »

© Provided by Zee News New Delhi: The Indian Army on Sunday ordered a Court of Inquiry into the “unfortunate” killing of several civilians during an anti-insurgency operation in Mon ... Read more »

Indiabulls Housing Finance on Saturday announced that it will raise up to ₹1,000 crore through a public issue of bonds that opens next week. The issue is set to on ... Read more »

Xavi Barcelona boss Xavi said on Saturday that their shock defeat in the La Liga to Real Betis at home doesn’t affect their chances of reaching the Champions League Round ... Read more »

© Provided by Lifestyle Asia Shine happy this season with the best shimmer makeup for desi girls picked out by our favourite makeup artists. And glow like a star all of ... Read more »

Bengali actress and TMC MP Nusrat Jahan took to Instagram to share pictures of herself dressed in a beautiful dual-toned handloom saree. She looked simply radiant in the graceful ensemble ... Read more »

HP has made remarkable progress in every sector: Jai Ram

The Defence Electronics Application Laboratory (DEAL), DRDO has invited applications to offer apprenticeship training for a period of one year in electronics and communication engineering, mechanical engineering, computer science or ... Read more »

© Provided by The Indian Express Central Asia is punctuated with an arsenal of cultural and architectural gems, thanks to the crucial role its countries played in the Silk Route ... Read more »

Meet Siddhartha Khosla, Emmy-nominated music composer behind the theme of Only Murders in the Building

© Provided by Firstpost Meet Siddhartha Khosla, Emmy-nominated music composer behind the theme of Only Murders in the Building When Siddhartha Khosla started composing the music of NBC’s This is ... Read more »

Kids Understand Humour From When They're Just A Month Old, New Research Reveals

© Provided by Indiatimes Watching young newborns laugh uncontrollably is truly a joyous sight to behold. And now, a study has revealed that kids are able to understand humour from ... Read more »

© Provided by MensXP In this day and age of fast-paced cricket, it’s hard to be Cheteshwar Pujara. Even though he only plays the longest format, everyone expects him to ... Read more »

Motorola has confirmed the launch of the Moto G51 5G in India on December 10. The smartphone will retail via Flipkart, the Lenovo-owned company announced via a tweet. The Moto ... Read more »

Kartik Aaryan refuses to comment on Karan Johar's Dostana 2: Not part of any camp, here because of my talent

© Provided by Pinkvilla Karan Johar‘s sequel to Dostana had generated ample excitement when it was announced. With Janhvi Kapoor and Kartik Aaryan being chosen as the leading cast, the ... Read more »

It has been reported that Xiaomi’s new Xiaomi 11 Lite 5G NE phone is now receiving the MIUI 12.5 Enhanced Edition in India, Turkey, and other countries where it is ... Read more »

Kerala Blasters to ATK Mohun Bagan - What are the biggest wins of each ISL team?

Warriors lose to Spurs following huge win over Suns, falling victim to trap game they saw coming a mile away

© Provided by CBS Sports SAN FRANCISCO — Some results come out of nowhere. A pesky 15-seed shoots the lights out and takes down a blue-blood in the opening round ... Read more »

© Provided by CBS Sports The Chicago Bulls finished their New York road trip with a gutsy 111-107 win over the Brooklyn Nets on Saturday night. The Bulls, who were without ... Read more »

© Provided by Hindustan Times The encounter took place between Oting and Tiru village of Mon district. The Assam Rifles on Sunday expressed regret over the incident of civilian killing ... Read more »

© Provided by The Times of India NEW DELHI: After drumming up the nationalism card, India’s hockey administrators have been forced to retreat and allow the country’s men’s and women’s ... Read more »

© Provided by Zee News New Delhi: India saw a single-day rise of 2,796 fatalities with Bihar carrying out a reconciliation exercise of its Covid data, pushing the country’s death ... Read more »

FC Utecht goalie Maarten Paes in the lead against PSV: ‘More than a mistake by the keeper'

Premium The best of De Telegraaf Through Jeroen Kapteijns Updated 14 min ago15 min ago in FOOTBALL FC Utrecht goalkeeper Maarten Paes has been defeated again. Philipp Mwene made the ... Read more »

Katrina Kaif-Vicky Kaushal wedding: The lovebirds to marry in a Royal mandap? Check deets inside

© Provided by BollywoodLife.com Bollywood debutante Ahan Shetty and Tara Sutaria’s Tadap is out in theatres now. A couple of days ago, a movie screening was held in the city ... Read more »

Taapsee Pannu says she tried to ‘seem more glamorous, a little dumb' to work with big heroes in order to become a star

© Provided by Hindustan Times Taapsee Pannu in a still from her debut, Telugu film Jhummandi Naadam. Taapsee Pannu  has revealed that in her initial days in the industry, she ... Read more »

The Bruhat Bengaluru Mahanagara Palike (BBMP), the civic body in Karnataka’s Bengaluru, has tracked down all ten people who arrived in the state from South Africa on November 20 and ... Read more »

© Provided by DNA Recent findings by Chilean palaeontologists has suggested that they might have found a new species of dinosaur. On Wednesday, these palaeontologists presented research that began three ... Read more »

Actually, They Did It First: 5 Women Who Made History With Their Extraordinary Achievements

Arslan Goni REACTS to his and Sussanne Khan's dating rumours: We are very good friends, hit it off instantly

3-yr-old girl steals the show with her expressions while dancing to Manike Mage Hithe. Viral video

Denzel Dumfries: ‘I've dreamed of this for a long time'

DeChambeau jumps into lead with a sizzling 64