Brentford’s Premier League match with Wolves was dubbed ‘Dronegate’ after an ‘unauthorised drone’ brought play to a halt on Saturday.

Metropolitan Police have told Sportsmail they are looking into the incident, which occurred midway through the first half and caused a 19-minute delay.

Referee Peter Bankes became concerned with an object hovering above the centre circle before he signalled for play to stop. 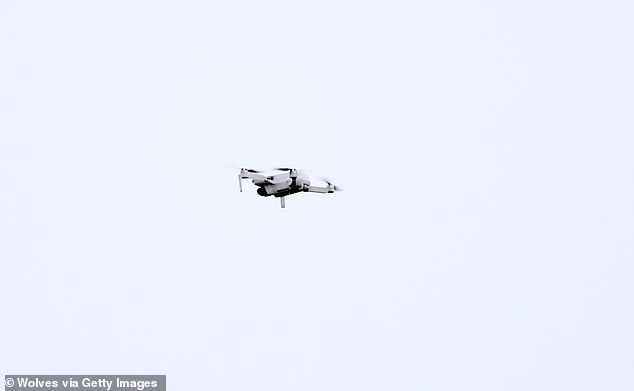 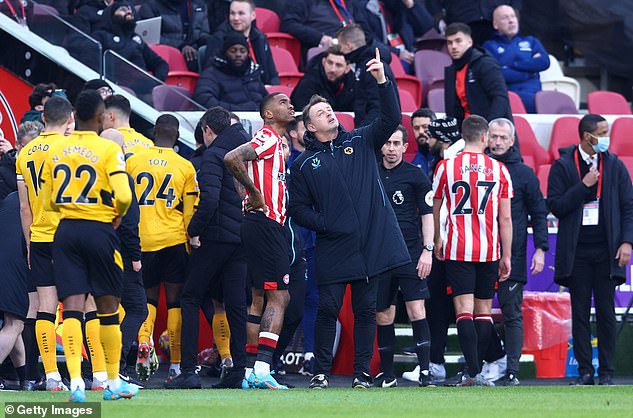 Premier League rules dictate that players and officials must return to the dressing rooms while the drone, which was operating in a high risk flight path close to Heathrow airport, was cleared from the area by a police helicopter as it was deemed a safety risk.

There is also the issue of image rights and drone enthusiasts have previous for trying to capture the live action with Nigel Wilson fined £1,800 in 2015 for flying a drone over a Premier League stadium.

He became the first person to be prosecuted for the use of unauthorised drones above Premier League stadiums.

Wolves boss Bruno Lage, who left London happy after a 2-1 win, described it as one of his strangest experiences in England.

‘They tried to understand what happened, tried to find the person who controlled the drone then we came inside and talked a little bit about the game,’ he said. 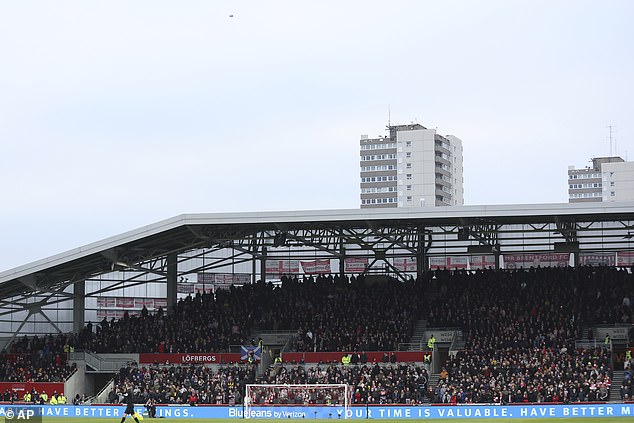 ‘Sometimes we don’t have that time during the game to chat and we talked a little bit.’

A spokesperson for the UK Civil Aviation Authority told Sportsmail: “Breaking the dronecode and failing to fly responsibly could result in criminal prosecution, including imprisonment.

‘Anyone operating a drone must do so responsibly and observe all relevant rules and regulations. The rules for flying drones are designed to keep everybody safe.’