Two studies of 10,000 women show changes to periods from vaccines are rareThey also showed changes are both minor and  quickly reverse after just 2 cyclesA British expert says the data should reassure women hesitant about a Covid jab

Tens of thousands of women have complained about late or unusually heavy periods after getting jabbed. Anti-vaxx campaigners have leapt on the reports, using them to peddle fears that vaccines may, therefore, affect fertility.

But a top fertility specialist has now debunked the concerns, insisting that the actual evidence on the topic is ‘reassuring’.

Dr Victoria Male, who is based at King’s College London, reviewed findings from two new studies involving over 10,000 women. 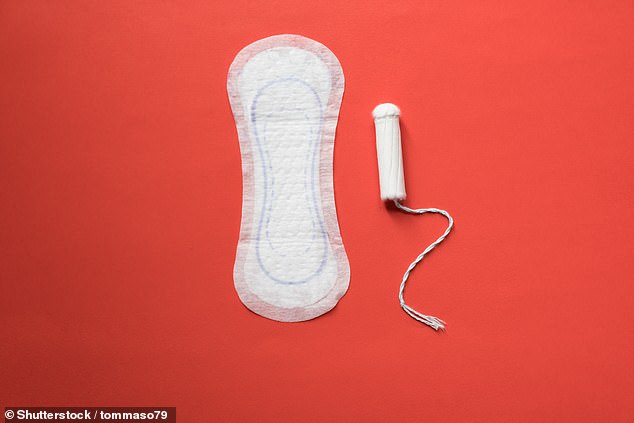 Writing in the British Medical Journal, she said: ‘Changes to the menstrual cycle do occur following vaccination.’

The problems have also been linked to other jabs, and illnesses including Covid itself, as well as factors like contraceptive use and stress.

But Dr Male said the menstrual changes caused by the Covid jab were ‘small’ and ‘quickly reverse’.

The first study used data from nearly 4,000 American women who had logged at least six menstrual cycles on a period tracking app.

Data showed the first coronavirus vaccine had no impact on the timing of the next period, overall.

Yet the second jab was associated with a delayed period of just under half-a-day, on average. But some saw far greater delays.

The women most affected were a group of 358 who received both Covid vaccines in the same mensural cycle.

Of this group 11 per cent experienced a change in cycle length of more than eight days, according to researchers form the Oregon Health & Science University.

However, all vaccinated women saw their periods return to their normal length two cycles after being jabbed.

The second study Dr Male referred to was from a survey of 5,688 Norwegian women.

Participants were all asked if they had experienced any changes with their menstrual cycles, both before and after their first and second Covid jab.

The most commonly reported change was a heavier than normal period.

But Dr Male said considering 38 per cent of women report a change to their normal cycle before getting a Covid jab, the increase to menstrual cycle disruption from vaccination appeared to be minor.

However, she added the findings had limited application to the UK because of rules that make it unlikely for women to have received two jabs in the same cycle. 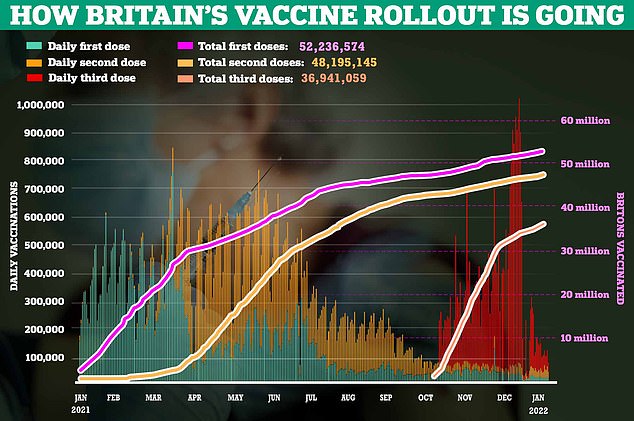 In the UK people need to wait eight weeks between their first and second vaccines, and the average menstrual cycle occurs every four weeks.

In contrast the US only advises a a 21-to-28-day wait between Covid jabs, depending on what vaccine people received.

Dr Male said results from a UK study which used the same app as the US research is due out soon.

This should provide some clearer insight into how the UK’s different vaccine regime has effected menstrual cycles, she said.

Data from the UK’s Medicines and Healthcare Products Regulatory Agency indicates 37,000 British women have reported a change to their period after a Covid jab.

Dr Male said more work needed to be done to determine the exact mechanism that causes the Covid jab to have affect women’s periods.

‘Medically, we must also determine whether any group is particularly vulnerable — for example, those with pre-existing gynaecological conditions — so they can be counselled appropriately,’ Dr Male said.

She added that the potential for vaccines to impact fertility was one of the key concerns of the jab-hesitant public.

‘The work that has been done represents a step in the right direction,’ she wrote in the journal.

‘But the fact it has taken us so long to get here reflects the low priority with which menstrual and reproductive health is often treated in medical research.

‘The widespread interest in this topic highlights how pressing a concern this is for the public. It’s time we started listening to them.’

The length of the menstrual cycle varies between individual women, but the average is every 28 days.

However, cycles as short as 21 days or as long as 40 are not considered unusual.

The NHS advises women to contact their GP if their periods are irregular in certain situations.

Irregular periods can also lead to problems when women are trying to get pregnant as it becomes difficult to accurately track ovulation, the time when they are most likely to conceive.