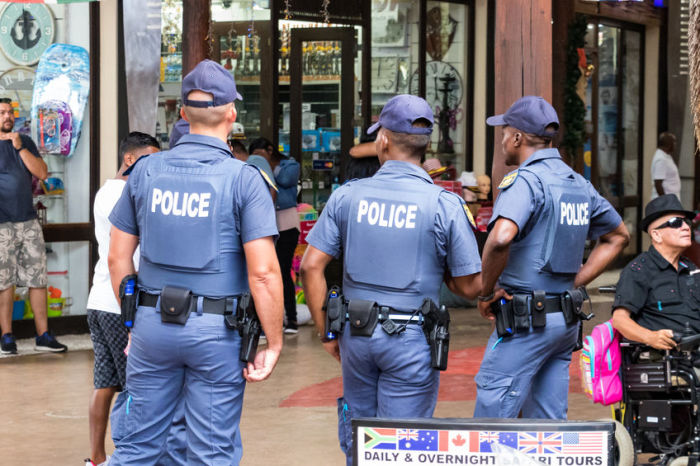 Retired Major General Oswald Reddy has been appointed as the Western Cape Provincial Police Ombudsman and has formally taken up office.

The position is important as it allows members of the public, to report shortcomings when it comes to police not performing as they’re meant to, whether it be abusing their power or not taking our cases seriously.

Reddy has been in the ranks of SAPS for over 40 years and has a deep understanding of how it works.

The Police Ombudsman is an independent body. It is the first of its kind in South Africa in the Western Cape – so the jurisdiction is just for the Western Cape – and this comes out of the Khayelitsha Commission which took place around 20132014 and was one of their recommendations.

What is the mandate of the Western Cape Provincial Police Ombudsman?

Reddy says its core function and mandate is to impartially and independently investigate and seek to resolve complaints against police inefficiencies and to deal with the breakdown in relations between the police and the community.

It is not part of SAPS.

While it is not a Section 9 entity like IPID (Independent Police Investigative Directorate) it will work in a similar way, he says, and is empowered by the Western Cape FD Act.

Any complaints from any individual or organisation fall under the province.

What are the frequent complaints made?

Most complaints revolve around poor service delivery from SAPS, he says.

Poor communication, poor investigation, and unacceptable conduct, failure of police to conduct themselves in a proper, fair manner, failure to follow procedures, disregard for the Batho Pele Principles, failure to respond to inquiries and complaints, and sometimes no feedback on cases, lack of visible policing.

What powers does the Western Cape Provincial Police Ombudsman have?

We are a statutory body and we are empowered to direct that individuals can appear before me. I can also enter any building or premises, I can look at documents, make requests for information.

He notes that such failure to comply is an offence in terms of Section 30 of the Western Cape Community Safety Act where a law enforcement officer can be issued with a fine, or up to three years imprisonment, or both a fine and a prison sentence.

This applies to both SAPS and Metro police officers currently, he clarifies.

How to make a complaint?

Office of the is 6 Flr Waldorf Building, 80 Burg Street, St Georges Mall from 7.30 am to 4 pm Monday to Friday

Ludhiana to soon get its 2nd 100-foot high national flag

© Provided by BollywoodLife.com The world of entertainment has been very exciting today and we bring you a wrap of all the trending entertainment news of the day. From Disha ... Read more »

FILE – Dr. Anthony Fauci, director of the National Institute of Allergy and Infectious Diseases, speaks during the daily briefing at the White House in Washington, Wednesday, Dec. 1, 2021. ... Read more »

It’s nearly time for the Doctor Who festive special which can only mean one thing – Daleks. The metal monsters will make a return on New Year’s Day in a ... Read more »

© Provided by Hindustan Times The Ludhiana police received information that the accused shopkeeper refilled small LPG cylinders from regular ones and sold them to labourers at a higher price. ... Read more »

© Provided by WION Germany’s pro-business Free Democrats (FDP) on Sunday voted on Sunday to back coalition agreement with the Social Democrats and the Greens. This has paved way for ... Read more »

© Provided by Hindustan Times Air India pilots have been writing to the airline since October but they haven’t received any reply. (HT PHOTO.) Air India pilots, who had warned the ... Read more »

“What an awfully big adventure,” said Kevin McNally’s Prof Jericho as he faced certain death at the hands of either a Sontaran or the Flux, or possibly both simultaneously. And ... Read more »

© Provided by dw.com Tensions have soared in recent months on Belarusian borders Ukrainian defense attache had been summoned to the country’s Ministry of Defense over allegations that a Ukrainian ... Read more »

Shooting Alfonso Gastelum, a 27-year-old man from Buckeye, is dead after he was shot during a dispute by a suspect who had been harassing members of his family. At roughly ... Read more »

Where to discover The Device in Fortnite Chapter 3 Season 1

© Provided by GamePur One of the Season Quests in Fortnite Chapter 3 Season 1 is to discover The Device. This is a piece of tech that The Seven will ... Read more »

ShahZaM vs. Berlin: Sentinels' IGL seeks to conquer the city that burned him twice

ANDROID users have been identified as potential victims to a malware scam that seeks to obtain personal information, through their phone. By answering a simple phone call, users become at ... Read more »

Valorant Invalid Access to Memory Location: How to Fix

Valorant’s invalid access to memory location has been a pop-up error message for some players. This error is not as simple as exiting and reentering the game. Instead, this is ... Read more »

© Provided by The Guardian Photograph: Daniel Leal/AFP/Getty Images It might not have been the day that Harry Kane scored his first Premier League goal of the Antonio Conte era, ... Read more »

Travel bans will do nothing to stop spread of omicron in UK, scientist warns

© AP Professor Willem Hanekom said controls on travel should not be the priority for UK authorities in dealing with the new variant – AP Cases of the new omicron ... Read more »

Chris Cuomo was accused of harassment days before CNN firing

© PA Images Steven Gerrard watches from the touchline Steven Gerrard has praised his Aston Villa side for overcoming their “sloppy” start to defeat Leicester 2-1 at Villa Park. The ... Read more »

How to get Endwalker Tomestone Gear in Final Fantasy XIV

© Provided by GamePur Once you’ve defeated Zenos, watched the end credits roll, and turned in your final quest, you are officially done with the story content of Endwalker. However, ... Read more »

Steven Gerrard is turning Aston Villa’s season around with three wins in his four games in charge. Since taking over from Dean Smith in November Gerrard has seen his side ... Read more »

Lawrence Taylor doesn't watch Giants, apparently has no clue who Daniel Jones is

Being an icon of the franchise doesn’t mean keeping up with it — at least not for Lawrence Taylor. The Giants’ Hall of Fame linebacker apparently does not watch his ... Read more »

Prince William has shared the story of a tragic incident that left him feeling like ‘the whole world was dying’. Speaking on the Time To Walk podcast in an episode ... Read more »

"Would be exciting": Journalist reacts as Postecoglou could repeat Celtic transfer masterstroke

Journalist Stuart Hodge believes that bringing in another player from Japan would be exciting for Celtic. © GiveMeSport Ange Postecoglou Celtic The Hoops completed the signing of Japan international Kyogo ... Read more »

According to a report in the print edition of the Sunday Mirror, a shock West Ham transfer update has emerged involving Real Madrid forward Eden Hazard. © Provided by Transfer ... Read more »

Tipster to qualify for $10,000 reward in Crumbley arrest related to Oxford case

The tipster who led police to James and Jennifer Crumbley at a Detroit warehouse late Friday will qualify for at least $10,000 in reward money, the Free Press learned Sunday. ... Read more »