Williams boss Jost Capito has gone against F1 ally Toto Wolff by claiming Max Verstappen should not have been handed a penalty for his role in the crash which took him and Lewis Hamilton out of the Italian Grand Prix. The title rivals dramatically crashed at the chicane at the end of Monza’s pit straight, with the Red Bull flipping up off the sausage kerb and coming to rest on top of the Mercedes.

It meant neither could score points in the race in Italy, and a three-place grid penalty for the Russian Grand Prix added insult to injury for Verstappen.

Hamilton, meanwhile, was not punished for his role in the incident.

Stewards said the Mercedes racer could have done more to avoid the crash, but declared the Dutchman was “predominantly to blame”.

It means Verstappen will start three places below wherever he qualifies in Sochi next weekend, making it more difficult for him to maintain his slender championship lead over Hamilton. 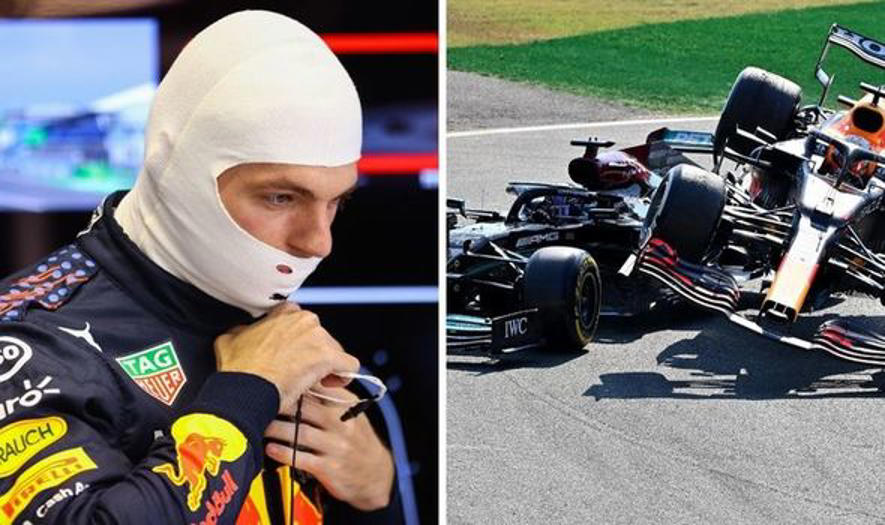 Mercedes may provide Williams with engines, but that hasn’t stopped the F1 team’s boss Jost Capito from publicly disagreeing with Wolff’s view of the situation.

Instead, the German urged F1 bosses to accept that, in such a tightly-contested title race, such flashpoints are likely to happen and they have to be treated as normal racing incidents.

“I don’t think it’s absolutely right to look for someone to blame, especially when it’s not clear,” he told the German version of Motorsport.com.

“And it wasn’t clear here.

“So you should say, okay, they are racing drivers, so let them race too.

“It’s racing. Things like that have happened in the past. Whenever you had such a close battle for the title, there was something like that during a season.”

He went on to point out that, while the stewards and fans at home have several replays and camera angles at their disposal to fully analyse such an incident, on-track decisions are taken in a split-second by drivers. 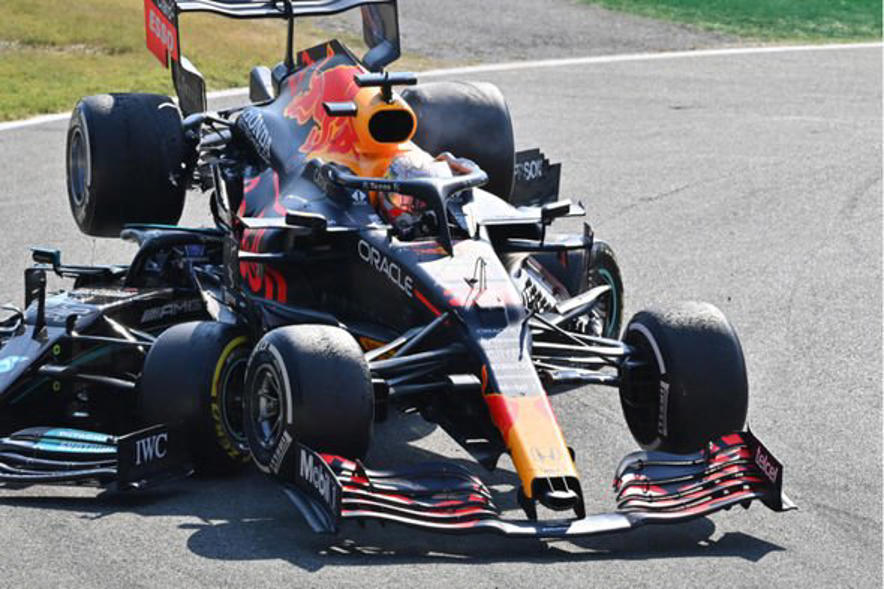 “We look at it 10 times, in slow motion, stop every few hundredths of a second and discuss it,” he said.

“So you can imagine how difficult it is for the guys in the car when they have to decide what to do in a few thousandths of a second.

“And they don’t see it from the angle we have when they are in the car.

“With the [helmet] camera George Russell had, you see what you see.

“You don’t have the overview with three different camera angles as we had after the accident.

“If you have two drivers who are fighting for the title and their cars have a similar speed, then of course they fight when they meet. And then something like that can happen.”

Can I use my NHS Covid Pass for travel? When EU will take UK vaccine passport and countries that accept it now

The European Union is set to recognise the NHS Covid pass “soon”, raising hopes of frictionless travel to almost 40 countries ahead of the half-term break.  The UK has been in talks with the European Commission for more than three months in ... Read more »

President Joe Biden acknowledged Friday that the new spending proposed in his economic plan will have to shrink below the $3.5 trillion level set by Democratic leaders and sought by ... Read more »

Biden (Copyright 2021 The Associated Press. All rights reserved.) President Joe Biden was set to highlight his plan to lower the cost of child care for most American families as ... Read more »

Strong Support for Taxing the Rich to Pay for Biden Agenda: Poll

Lawmakers are still wrangling over the size, scope and content of President Biden’s social and economic agenda, but according to new poll data, the majority of Americans already agree on ... Read more »

Campaigners against male violence have called for amendments to the policing bill (Tolga Akmen/AFP via Getty Images) Cases of domestic abuse are being dropped at rapidly increasing rate, official figures ... Read more »

When is COP26? Glasgow climate change summit dates, schedule and what COP actually stands for

The UK will host the 26th United Nations Climate Change Conference of the Parties – more snappily known as COP26 – starting next month. The COP is an annual meeting ... Read more »

When is October half-term 2021? Date of the next school holidays around UK explained

Schools are now open again across the UK. Pupils in Scotland returned to the classroom in August, those in Northern Ireland went back a few weeks later, and now students ... Read more »

Can I get a false negative PCR test? How reliable Covid tests are after 43,000 people given incorrect results

More than 40,000 people infected with Covid-19 were wrongly told they did not have the virus due to an error at a testing laboratory, health officials have said. NHS Test ... Read more »

When is Remembrance Sunday 2021? Armistice Day date, events and why we commemorate the end of WWI with poppies

Remembrance Sunday falls in November every year, giving the nation a chance to honour Britain’s war dead. As well as the wearing of poppies, it is traditionally marked with wreath-laying, ... Read more »

Detroit tips off season at home against Chicago

What channel is Red Sox vs. Astros ALCS Game 2 on and when does it start

The Boston Red Sox and Houston Astros continue the ALCS with Game 2 Saturday. First pitch is scheduled for 4:20 p.m. ET. The game will be televised on FOX and ... Read more »

© Provided by Daily Mail MailOnline logo  Willie Kirk has left his role as manager of Everton Women after a disappointing start to the season. After a promising summer transfer ... Read more »

More power to Mark Billingham's book-hurling elbow. I might join in

Manchester City 2-0 Burnley: Bernardo Silva and Kevin De Bruyne on target as Pep Guardiola's champions stay within touching distance of the top of the Premier League by beating dogged Clarets at the Etihad

‘He is the best': Klopp hails Salah as the world's premier player

Man charged with impersonating police officer over ‘kidnap' of teenager

The Guardian view on English football governance: in need of a moral compass