Matt Lucas has been focussing on his health since April 2020 and has lost a considerable amount of weight as a result. Tonight, the comedian will appear on the new series of Great British Bake Off. But how has he kept his slimmer figure considering the number of baked goods that are made in the infamous white tent?

Matt, 47, joined ITV’s Lorraine in May where he discussed overhauling his health.

Host Lorraine Kelly asked: “How on earth though, have you been in lockdown and working on Bake Off and you’ve lost tonnes of weight?”

“I’ve lost some weight, I needed to take the edge off, because I put on a lot of weight in lockdown,” Matt said.

Lorraine remarked: “Oh I have, I think lots of people have.” 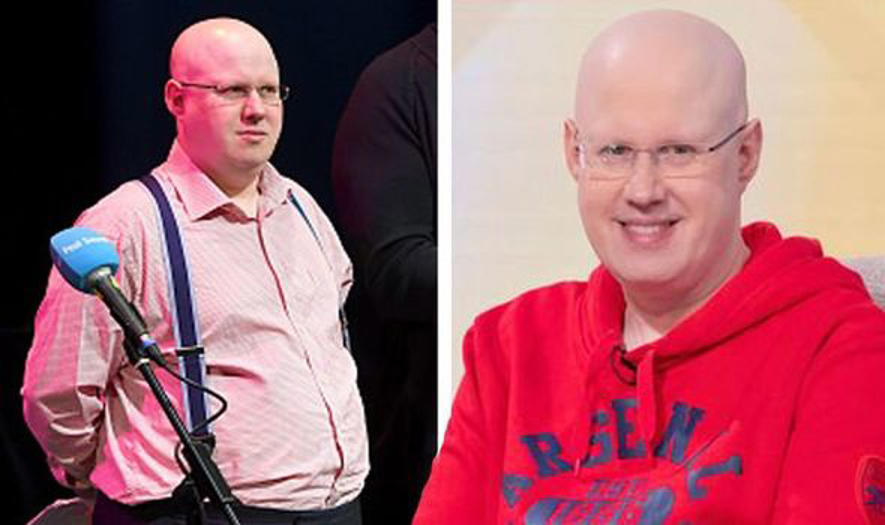 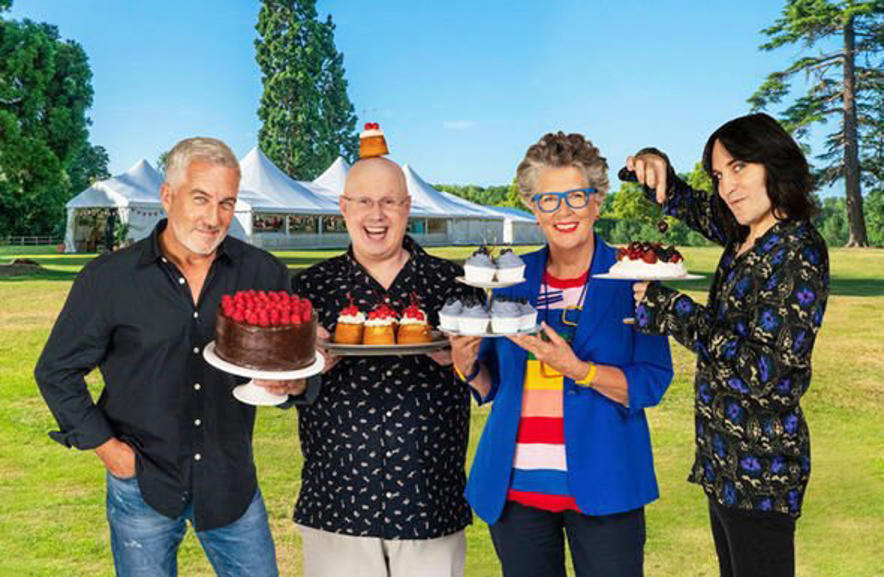 Matt added: “I just had to do something about it.”

“Yes, just not eat as much and move around a wee bit more, that’s kind of what you have to do,” Lorraine commented.

To which Lorraine added: “No, but then you would look daft if you were, it wouldn’t be you.”

A year prior, Matt revealed he was keen to “get fit” during lockdown after believing he had gained weight.

He said: “The one thing I need to do is get fitter, I have put on a little bit of weight, that’s my next challenge to do a bit more exercise.

“I might have to make a game of it when I go out and exercise to stay out of people’s way.

However, Matt admitted on Instagram this year that he lives with a personal trainer.

Sharing a video of the PT at work, Matt said: “My housemate Jamie is a personal trainer extraordinaire.”

As for what fans can expect of Matt in this year’s GBBO, there will be lots of laughs between him and Noel Fielding.

“I just have fun and I love working with Noel. He’s so funny,” the comedian remarked.

“So when we write together we understand the rhythms to go, ‘Oh actually, I’ve thought of this joke, but you have it’. Noel is really generous like that.

“He comes up with very funny things for me to say. And Paul (Hollywood) and Prue ([Leith) are so friendly and they were so welcoming.

“I was so nervous going into this hugely popular show and Sandi (Toksvig) had left very big boots to fill. But it’s great, so much fun to be a part of.

“We’re trying to do more sketches like that. Before the show starts we try and do a funny thing each week. We’re dressing up more and more this year,” he added.

16-try All Blacks make light work of USA in Washington

Why Does My Dog Always Lick Her Paws?

Here's Why Eating More Dairy May Be Good For Your Heart, Not Bad

A beginner's guide to all things COP26

© Provided by 702 Eskom will implement stage 2 loadshedding from 9pm on Saturday until 5am on Monday. The power utility said this was due to a shortage of generation ... Read more »

Halyna Hutchins' Husband Speaks Out After Her Death: 'Her Legacy Is Too Meaningful To Encapsulate in Words'

© Mat Hayward/Getty Images for AMC Networks Halyna Hutchins’ husband, Matthew, has spoken out following the loss of the cinematographer, after her tragic death on Thursday. Halyna died on the ... Read more »

Rees wins British F4 title with a race to spare

© Provided by Autosport Rees-002 The JHR Developments driver headed into the finale weekend with a slender 12-point advantage over Argenti Motorsport racer Matias Zagazeta. But a spin for Zagazeta ... Read more »

© Getty The world’s supply chain woes are bearing down on U.S. auto garages. The challenge of finding spare parts as mundane as oil filters or carpeting has forced repair ... Read more »

© PA Images Josh-King-F365 Josh King netted a hat-trick to stun his former side as Watford came back to defeat Everton 5-2. King played 11 games without a goal for ... Read more »

© Provided by Independent Online (IOL) London – Newcastle United’s new Saudi owners were given another reminder of the investment it will take to make the Magpies a force to ... Read more »

© PA Images Callum Wilson’s overhead kick in Crystal Palace vs Newcastle, October 2021 Newcastle are still searching for their first win of the season after they escaped a Christian ... Read more »

© Steve Etherington / Motorsport Images Lewis Hamilton, Mercedes W12 There has been increasing speculation that F1 could add a third American race to its schedule in the coming years, ... Read more »

© Provided by The South African AmaZulu booked their spot in the CAF Champions League group stages for the first time in their history following a 1-1 draw against DR ... Read more »

Individuals who are fully vaccinated now might not be considered so in the future without a COVID-19 booster shot, CDC says

Top of the Charts: The Songs the Sound Engineers Use to Tune Your Stereo

© Illustration by Alexander Wells – Car and Driver The head of Bose’s acoustical-engineering team in Michigan walks us through the tunes that help make your car stereo sing. From ... Read more »

Watch: Werner gives hilarious reaction to having sweets taken off him

© PA Images Timo-Werner-Chelsea Chelsea forward Timo Werner caused laughter among the Blues bench and fans alike after he reacted comically to having what appeared to be sweets taken off ... Read more »

'Rich or poor, you must go to the university free of charge' - Malema

CGI influencers: When the ‘people' we follow on social media aren't human

© PA Images Emma Raducanu delighted Top seed Simona Halep and US Open champion Emma Raducanu find themselves in the same half of the draw at the inaugural Transylvania Open. ... Read more »

Watch: Mendy pulls off stunning slide-tackle save for Chelsea

© PA Images Edouard-Mendy-Chelsea-1 Chelsea goalkeeper Edouard Mendy continued to enhance his reputation as one of the world’s best goalkeepers by pulling off a sensational sliding save with his feet against ... Read more »

© Provided by Teamtalk Daniel Farke on the sidelines during Norwich vs Leicester, August 2021 Daniel Farke admitted his Norwich players were “too slow in the head” after they suffered ... Read more »

© Provided by Independent Online (IOL) Durban – Fortune favours the brave. That was what happened as AmaZulu advanced to the CAF Champions League group stage after securing a 1-1 ... Read more »

'Nothing changed': Vaccinated but feeling at risk, some wonder when they'll feel safe again

One morning in March 2020, Terez Giuliana sat down to compose an email to her daughter. In the subject line, she wrote, “If I die.”  © Provided by NBC News ... Read more »

© Reinart Toerien/EWN FILE: Media personality Gareth Cliff held at his press conference in Johannesburg on 30 January 2016 after the courts ruled that he be reinstated as a judge ... Read more »

© PA Images Thomas Tuchel congratulating his players Chelsea boss Thomas Tuchel has offered his though on Chelsea’s 7-0 destruction of Norwich on Saturday afternoon. Mason Mount got himself a ... Read more »

The campaign trail criss-cross diaries: A week in politics

Opinion: EU emphasizes power over values in row with Poland

For the first time, a former Miss America is auctioning off her crown to aid teachers struggling in the pandemic

McLaren: Hulkenberg “towards top of list” for IndyCar seat

WATCH: Springboks look on from stands as Cobus Reinach scores 'worldie' for Montpellier

Selma Blair opens up about losing her mom in 2020: 'She wouldn't go to a doctor'