Spoiler alert! The following contains spoilers from the Oct. 13 episode of “The Masked Singer,” including the identity of the unmasked celebrity.

And that’s the way the cookie – er, make that Cupcake, crumbles.

Wednesday, “The Masked Singer” cut one of its colorful confections: a leggy cupcake with long lashes and thigh-high boots dripping with icing.

Cupcake performed Bruno Mars’ “Finesse,” but wasn’t smooth enough to slip through and advance in the competition like the rest of the Group B contestants.

The duo-costume Banana Split wowed with Michael Bublé’s “Cry Me a River,” and Queen of Hearts ruled the stage with Edith Piaf’s “La Vie En Rose,” which panelist Robin Thicke praised as “by far one of the best vocal performances in six seasons on this show.” Mallard’s rendition of Flo Rida’s “My House” wasn’t stellar, but was enough to float on. Wildcard Caterpillar nailed Beyoncé’s “If I Were a Boy,” which panelist Jenny McCarthy praised as “a frontrunner performance.” 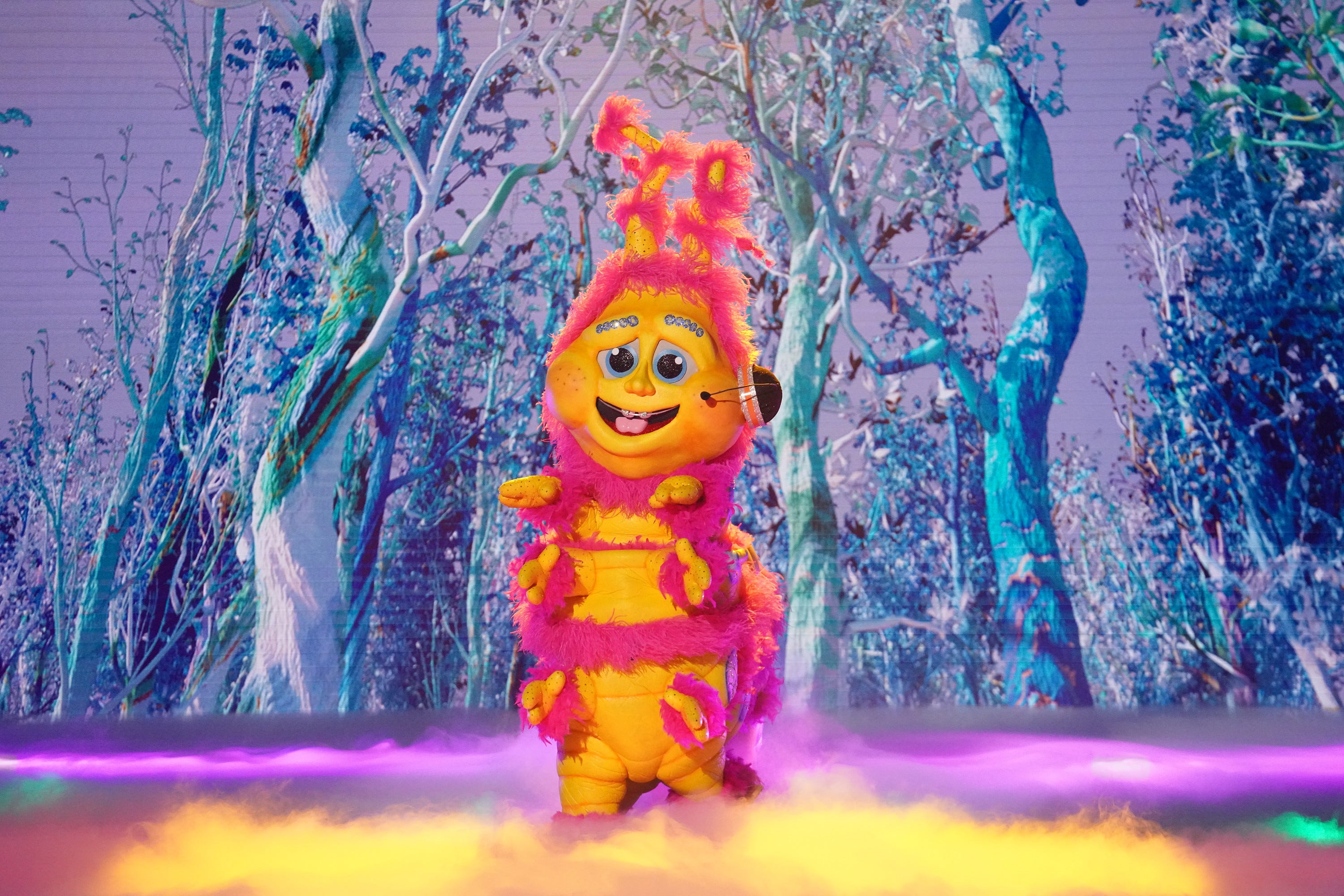 A sweet victory was not in the cards for Cupcake, who identified as “a hopeless romantic” in the clue package.

“I have often called myself a Black Liz Taylor because if I fall in love with a guy, I’m all in,” Cupcake said referencing the Oscar-winner married eight times. “I have learned a lot about love, particularly falling out of it. I’ve had many husbands.” 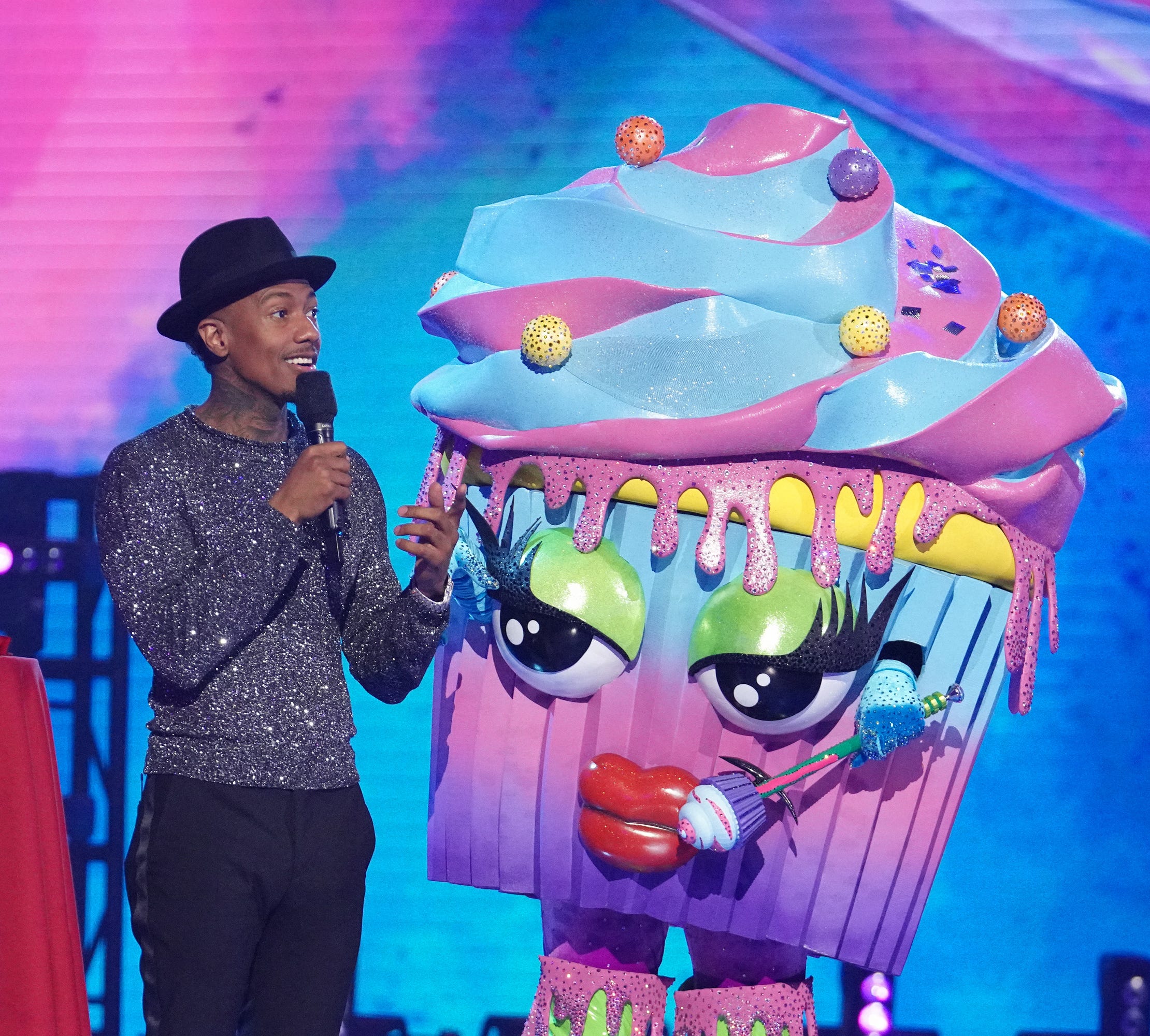 Looking into the camera, Cupcake delivered a message to her sister “Ms. Anita”: “There were supposed to be two cupcakes, but Anita is having some health issues we couldn’t avoid so I ended up doing it by myself.”

“Sweetheart, I did what I came to do, and I love you and can’t wait to get home and support you,” the legendary singer said, as she sent Anita a message.

Filemon Wesselink makes program with and about murderers

Home, review: 1970 tale of lost souls that speaks pointedly to our post-lockdown times

Duchess Catherine wowed in 2011 BAFTA gown at the Earthshot Prize

Angela Black viewers all seemed to share a theory on the titular character’s mental health. The ITV series first hit our screens on October 10, with many taking to social ... Read more »

Watch: Batman trailer hints at epic role for Colin Farrell, but did you spot him?

© Provided by Extra.ie Batman is back with the first explosive trailer of the action-packed new flick finally out. Directed by Mark Reeves, the star-studded cast sees Robert Pattinson take ... Read more »

Converge ICT Solutions Inc., the country’s leading fiber broadband provider, continues to gain national prominence as it was recently awarded as the Straive Technology Company of the Year Award in ... Read more »

Trying to quit smoking? Here's why e-cigarettes may be right for you

Ask any heavy cigarette smoker and they’re bound to tell you that quitting the nasty habit is one of the most difficult goals to achieve, often causing withdrawal symptoms that ... Read more »

Vicky Kaushal Talks About His Struggle in Bollywood: I Got Rejected in Thousand Auditions

PHOTOS: Kriti Sanon and Rajkummar Rao make a statement in red and black for Hum Do Hamare Do promotions

Kriti Sanon and Rajkummar Rao are gearing up for the release of their upcoming film Hum Do Hamare Do. The actors who will be playing an onscreen couple are going ... Read more »

Hosting a show with Riteish Deshmukh is a joy ride: Genelia Deshmukh

© Provided by Zee News MUMBAI: Actor Genelia Deshmukh has opened up about her experience hosting the show ‘Ladies vs Gentleman’ with her husband Riteish Deshmukh.  According to her, hosting ... Read more »

© Provided by Pinkvilla Shriya Saran recently announced that she and hubby Andrei Koscheev are blessed with a baby girl. “Hello people, we had a crazy but the most beautiful ... Read more »

Makers give in to SidNaaz fans' demand. Adhura is now called Habit

© IANS Ayushmann Khurrana.(photo:instagram) Mumbai, Oct 18 (IANS) On the third anniversary of the release of his blockbuster family entertainer ‘Badhaai Ho’, Ayushmann Khurrana reveals that he is happy with ... Read more »

© Provided by News18 Risk of Vaccine-Resistant Variants Highest When Most Jabbed: Study The makers of Keerthy Suresh’s much-awaited upcoming Telugu sports comedy, “Good Luck Sakhi”, have decided to give the ... Read more »

Russians return to Earth after filming first movie in space

© Provided by WION A Russian actress and a film director returned to Earth Sunday after spending 12 days on the International Space Station (ISS) shooting scenes for the first ... Read more »

© Provided by News18 Salman Khan is one of the highest paid Bollywood actors with his impressive line up of films. Apart from that, his various brand advertisements and other ... Read more »

© Provided by Pinkvilla As the episode starts, Shiva makes sure Shathru understands the importance of keeping Shankaran’s issue a secret. He reminds him what he did last time around ... Read more »

© Provided by BollywoodLife.com It is official! Akshay Kumar and Katrina Kaif’s Sooryavanshi is going to release on November 5, 2021. It is a Diwali dhamaka for the audience. But ... Read more »

© Provided by DNA Jay Bhanushali and Tejasswi Prakash will have a fight in the upcoming ‘Bigg Boss 1’5 episode. In the show’s pre-cap ad, Bigg Boss announces that a ... Read more »

Malaika Arora's scared expression when a contestant touches her cheeks will leave you in splits- Watch!

© Provided by Zee News New Delhi: Bollywood actress Malaika Arora had recently confessed that she got scared when a contestant came near her and touched her cheeks on a ... Read more »

Love Matters with Evelyn Sharma: Sushant Divgikar reveals he came out to his parents thrice

© Provided by DNA You may fight with each other for the remote or which side of the bed to sleep on. But we have to admit that life would ... Read more »

© Provided by WION Legendary drummer Ronnie Tutt is no more. He was 83 when he breathed his last. In a Facebook post early Sunday, Ronnie`s daughter Terie Tutt shared ... Read more »

© Provided by Hindustan Times Sushmita Sen almost falls. Actor Sushmita Sen recently averted a fall after she tripped while posing for the paparazzi. In a video that surfaced online, ... Read more »

© Provided by Pinkvilla As the episode starts, we see that Aparna didn’t come home and it was Vineeth dreaming about it all along. Vineeth goes on to kiss Pangunni ... Read more »

© Clawson family Kerry Clawson Local journalism requires local journalists. Each week in the coming months, we will be spotlighting the Beacon staffers who serve our community, including Kerry Clawson. Here’s how you ... Read more »

LAKELAND – Robert Fleitz said he’s looking forward to representing his hometown on the big stage. © Provided to The Ledger Robert Fleitz, a 2011 graduate of the Harrison School for ... Read more »

Listen to the Superstar Power Hour with Miranda Lambert

Audacy’s Katie Neal welcomes Miranda Lambert to our airwaves as this week’s co-host for the Superstar Power Hour on all your favorite Audacy Country stations nationwide. © Provided by Audacy Miranda Lambert Listen every weekday from ... Read more »

CLEVELAND, Ohio — The Rock and Roll Hall of Fame’s Class 2021 is an embarrassment of riches. There are 13 inductees this year, including 12 artists with a collection of ... Read more »

WARSAW, Poland (AP) — Twelve pianists from around the world have been admitted to play in the final stage of the 18th edition of the prestigious Frederic Chopin piano competition, ... Read more »

The Larkins viewers 'switch off' The Darling Buds of May remake

© Provided by Daily Mail MailOnline logo Viewers of The Larkins have branded the The Darling Buds of May remake ‘dreadful and very disappointing’ after revealing they ‘switched off’ the second ... Read more »

© Provided by Pinkvilla In today’s episode, Anuj suggests Anupama that they should do something about Rohan before he troubles Nandini again. Vanraj thanks Anuj for his concern sarcastically and ... Read more »

© Provided by The Indian Express Vicky Kaushal is celebrating the success of Sardar Udham. The Shoojit Sircar directorial, which has been receiving overwhelming response from audience as well as ... Read more »

When Rekha revealed that her father Gemini Ganesan ‘never noticed' her

© Provided by Hindustan Times Rekha had once spoken about her childhood. Veteran actor Rekha is known for her glamorous look, terrific acting skills and outspoken personality. Rekha was one ... Read more »

Pooja Hegde reveals about getting a message from Chiranjeevi; Calls Thalapathy Vijay 'sweetest'

© Provided by Pinkvilla Pooja Hegde hosted a fun session on Twitter called #AskPooja where she answered a few interesting questions asked by her fans. One of her fans asked ... Read more »

Kartik Aaryan's 'Dhamaka' to be out on Netflix on November 19

© Provided by Zee News New Delhi: Actor Kartik Aaryan is all set to create dhamaka with his upcoming film ‘Dhamaka’, which is scheduled to release on November 19 this ... Read more »

From Hyderabadi Biryani to Royyalu, Pooja Hegde lists Telugu dishes that she loves the most

Why I Still Dig for Vinyl in Record Stores

Take a bite out of fall: 5 Brevard food festivals will keep you full through Thanksgiving

Lori Harvey Is the Latest Celebrity to Delve Into Skin Care

Zindagi Mere Ghar Aana fame Hasan Zaidi on healthy competition: When you see others perform, it inspires you

The Velvet Underground: An enjoyable rockumentary

Spanish ‘writer' Carmen Mola turns out to be three men

Vicky Pattison: I want to be honest on social media

A small town in Tennessee that's up for sale for $725,000 is drawing comparisons to Schitt's Creek