Mark Zuckerberg and wife Priscilla Chan have been sued by two former employees who allege that they faced sexual harassment and discrimination from their colleagues and did not receive all wages owed to them during their time working for the couple’s family household.

Both complaints — filed last month in San Francisco County Superior Court and first reported by Insider — name Zuckerberg, the 37-year-old CEO of Facebook, and Chan, a 36-year-old pediatrician and philanthropist, as defendants alongside several other corporate entities related to the family, according to court documents obtained by NBC News.

One complaint was made on behalf of Mia King, who was described in the court documents as a Black woman and member of the LGBTQ community who worked from May 2018 through February 2019 for Limitless Specialty Services, LLC, a company that provides security services for the family.

The other complaint was filed for an unidentified, openly gay man with epilepsy who is referred to as John Doe. The plaintiff said in the court documents that he worked as the Household Operations Manager for the family from January 2017 to March 2019.

In her complaint, King alleged she was “subjected to a continuing pattern of racial and sexual harassment and discrimination” from fellow employees, including “frequent comments that she was ‘ghetto,’ ” and inappropriate comments about her breasts.

Never miss a story — sign up for PEOPLE‘s free weekly newsletter to get the biggest news of the week delivered to your inbox every Friday.

She also claimed that “overtly-sexualized comments directed at openly homosexual employees” were “frequently” made in her presence.

At one point after making a complaint about the working conditions, King claimed she was told “that she needed to ‘act accordingly’ because ‘men are in leadership here, men are in power,’ ” according to the court documents.

In addition to her hostile work environment allegations, King claimed she was never compensated for working overtime. 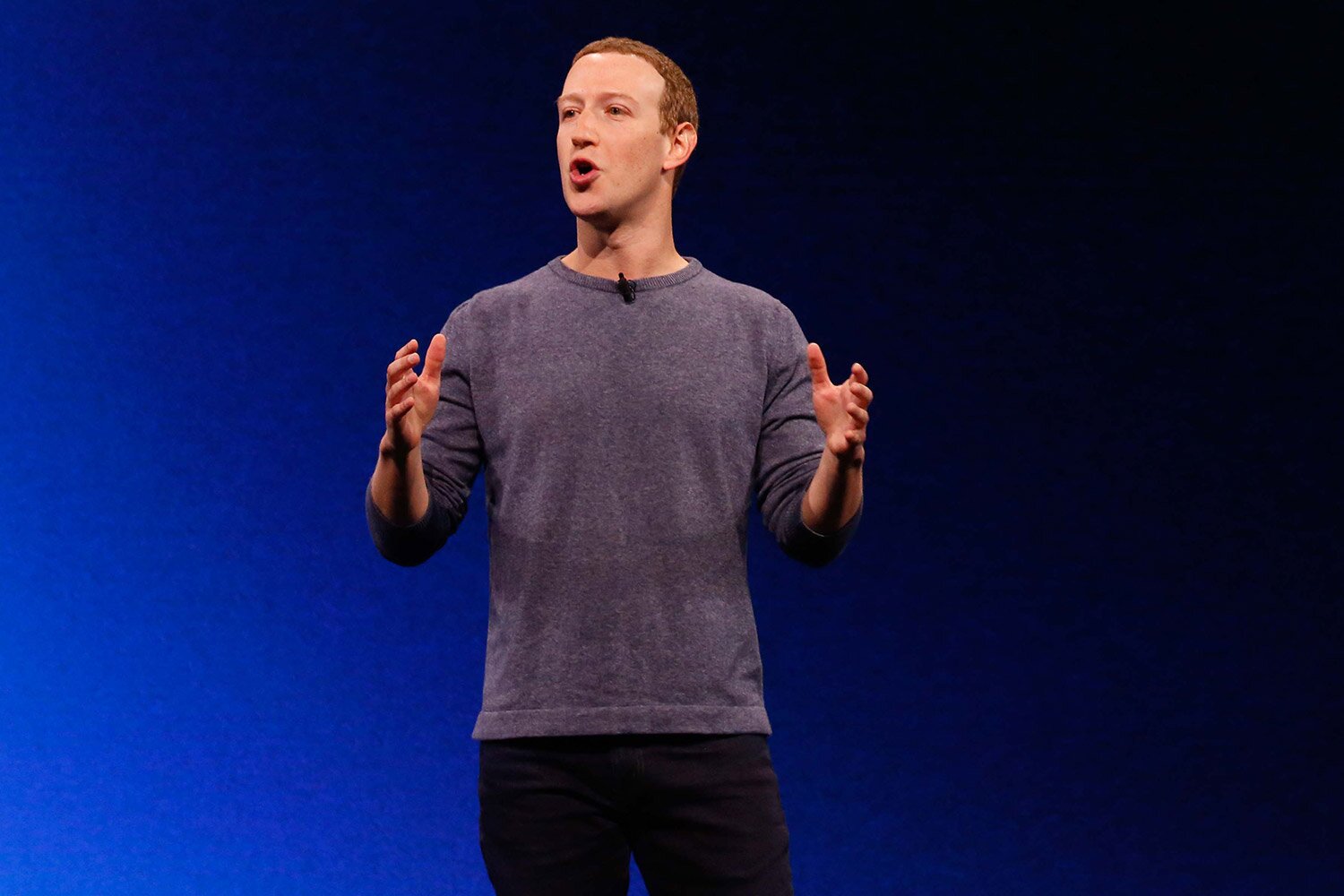 In his complaint, Doe alleged that during the course of his employment he was “unlawfully insulted, ridiculed, demeaned, groped, propositioned and sexually assaulted” by fellow employees.

Throughout his employment, Doe was “responsible for overseeing and managing various properties for the Zuckerberg family,” per the complaint. He alleged that he “often” worked over 40 hours a week and more than eight hours a day for the family — time for which he was not compensated.

Doe, who said he “occasionally experienced tremors and weakness in his hands and leg” due to his epilepsy, also alleged that requests he made to “avoid carrying heavy and/or large items” as well as being able to “take small breaks when forced to work long hours” were not accommodated.

Ben LaBolt, a spokesperson for the Chan-Zuckerberg family office, says in a statement to PEOPLE that following “separate multi-week investigations,” the allegations made in the complaints “could not be substantiated.”

“The family office takes complaint of workplace misconduct very seriously and promptly investigates all such matters,” LaBolt adds. “We firmly believe that these employees were treated fairly and respectfully and the family office is confident that it will defeat these claims.”

“As we previously stated when these claims were anonymously leaked to the media over two years ago, our family office follows a strict code of conduct that requires appropriate behavior from all members of our teams. It is our expectation that each of our employees adheres to this code of conduct,” LaBolt continues. “Any complaint made to our HR personnel is taken seriously and is investigated and addressed. We are proud of the team of professionals who work in the family office and are confident that these claims, which seek to unfairly disparage our colleagues, will fail.”

Attorney Colleen Mullen — who represents both plaintiffs and did not immediately return PEOPLE’s request for comment — said in a statement to NBC News, “Our clients look forward to proving their allegations and seeking justice in a court of law.”

Both King and Doe have made requests for their cases to be heard before a jury.

Neither Zuckerberg, Chan or any other defendants named in the complaint have formally responded to the allegations in court, NBC News reported. Hearings have not yet been scheduled.

A representative for Facebook — which is not named in either complaint — did not immediately respond to PEOPLE’s request for comment.

Welcome to the new tradition of Christmas tree shortages

Blinken and Russia's Lavrov meet amid tensions over Ukraine

What can we learn from a 1-day measles vaccination blitz in 1967 Ontario?

‘It's about standing up for what's right': Meghan wins Mail on Sunday court fight on letter

© PA Archive Royal visit to Africa – Day Ten The Duchess of Sussex has emerged victorious from her privacy battle with the Mail on Sunday despite last-minute bombshells from ... Read more »

Fidelity's spot bitcoin ETF is set to start trading in Canada, while its US fund is still waiting for the SEC's green light

Five trends to bring into your partywear wardrobe now

Christmas party season is upon us once again and while your endless list of festive events (and the resulting hangovers) may seem daunting right now, planning what you’re going to ... Read more »

COPENHAGEN — At least 50 people in and around Norway’s capital have been infected with the omicron coronavirus variant and the cases are connected to a Norwegian company’s Christmas party ... Read more »

Pomp, punk and pandemic see Merkel out of office

BERLIN — One week before she steps aside, outgoing German Chancellor Angela Merkel is being treated to a traditional sendoff Thursday, involving a military ceremony with a brass band playing ... Read more »

The Associated PressPeople wearing protective face masks walk along the Orchard Road shopping area in Singapore on Nov. 28, 2021. When Singapore embarked upon its strategy of “living with COVID,” ... Read more »

I’m a Celebrity… Get Me Out of Here! got off to a rocky start this year. They lost arguably their biggest booking, Richard Madeley, within days. He was rushed to ... Read more »

When, back in January, we did our annual audit of the wellness trends predicted to take off this year, two keywords emerged: slow down. Our fitness-industry futurists pointed to a ... Read more »

THE OMICRON variant is on the rise in the UK with suspected cases trebling in just five days. Scientists estimate that one in 300 new infections are now due to ... Read more »

The Omicron variant has seen a number of countries changing entry rules for travellers such as France, Spain and Switzerland, not to mention the UK’s travel rules changed for vaccinated ... Read more »

Will under-12s get the Covid vaccine? Whether jab could be approved for children aged 5 to 11 in the UK

The Joint Committee on Vaccination and Immunisation (JCVI) is reviewing data on whether to give the Covid-19 vaccine to over-fives. At present only children over 12 can receive the jab. ... Read more »

Do you know how much state pension you will get? Free online tool can help you find out

There are many elements which can impact how much state pension someone will receive, and people can often be confused when trying to determine how much they are entitled to. ... Read more »

Emma Mcintyre/Getty Images As one of the most acclaimed actors of his generation — with two Oscar nominations, an Emmy win and many other accolades to his name — Richard ... Read more »

Great British Bake Off star Kim-Joy has taken to Instagram in a moving post to speak out about her experiences of taking antidepressants to help treat her anxiety. The 2018 ... Read more »

Jurassic World 3: Everything you need to know

Jurassic World 3, aka Jurassic World: Dominion, is officially finished ahead of its June 2022 release – and we’ve even had a prologue to whet the appetite. © Universal Chris ... Read more »

A Gingerbread City is opening doors in Belgravia as we countdown to Christmas. The Museum of Architecture is hosting the tasty exhibition which showcases some 60 gingerbread constructions featuring everything ... Read more »

'When I Was A Child My Sister Died, But Nobody Spoke To Me About It'

Just before I turned three, something happened in my family that would change our lives forever. My sister died of SIDS (sudden infant death syndrome), my dad left soon after, ... Read more »

© Provided by Daily Mail MailOnline logo Symptomatic Covid cases in the UK rose by nearly five per cent to more than 80,000 per day last week, according to a ... Read more »

Pope departs for Cyprus and Greece

Pope Francis boarded a plane in Rome on Thursday to depart on an official visit to Cyprus and Greece. The trip is drawing new attention to the plight of migrants ... Read more »

Turkeys sold out at poultry farms amid food shortage fears

EMMERDALE is full of loved-up couples but one real-life couple amongst the cast never appear on screen together, per their request. The characters Rhona Goskirk (played by Zoe Henry) and ... Read more »

The path to recovery from the coronavirus crisis is proving longer than expected, at least for Spain. The Organisation for Economic Co-operation and Development (OECD) has sharply reduced the country’s ... Read more »

Former World’s Strongest Man winner Eddie Hall has transformed his fitness and nutrition regime over the last couple of years, leaning down by 40kg and focusing his training around building ... Read more »

CHARLOTTE Crosby has moved into her boyfriend Jake Anker’s flat in Manchester after just a month of dating. The 31-year-old owns a £1million mansion in Sunderland, which she has recently ... Read more »

© Sleeping Beauty at the King’s, Edinburgh Let us know what you think and join the conversation at the bottom of this article Sleeping Beauty, Five Stars King’s Theatre, Leven ... Read more »

© Provided by Daily Mail MailOnline logo Voters are going to the polls in the Old Bexley and Sidcup by-election today as the Tories try to defend a 19,000 vote ... Read more »

© Provided by Hello! victoria-beckham Victoria Beckham took to Instagram to share a series of important posts amid World AIDS Day on 1 December. She discussed the “life-saving work” that ... Read more »

It might be worth hanging on to your flatpack. At a Swedish auction last week, a 62-year-old Ikea Cavelli armchair – described by the design expert Andreas Siesing as “a ... Read more »

© Provided by CNBCTV18 Indian-born blockchain entrepreneur Vignesh Sundaresan, who also goes by the crypto name MetaKovan, grabbed the spotlight earlier this year when he paid a record $69.3 million ... Read more »

Covid: is it safe to kiss this Christmas? It's a risk, say scientists

What Is Cardiac Angiosarcoma, the Cancer That Killed Fashion Designer Virgil Abloh?

Gosport residents in hysterics after tree installed at a wonky angle

Mehdi Hasan to share tips on 'How to Win Every Argument'

How About Quebec For Tesla Gigafactory Or Global Battery Factory?

Guess Whose Mom Has Got It Going On

The religious right wants states' tax dollars, and the Supreme Court is likely to agree

What to do when you witness gender-based violence

Manila Drivers Spend 188 Hours in Rush Hour Traffic Each Year, According to Study