Manchester United would reportedly have to pay Ole Gunnar Solskjaer £7.5m if they choose to sack him, although the under pressure manager will be given more time to turn around the club’s form.

United have lost five of their last nine games in all competitions and pressure piled on Solskjaer on Sunday after his side suffered one of their most humiliating results following a 5-0 hammering at home to bitter rivals Liverpool.

During that run they have also won just three games with all the winning goals coming within the final 10 minutes. 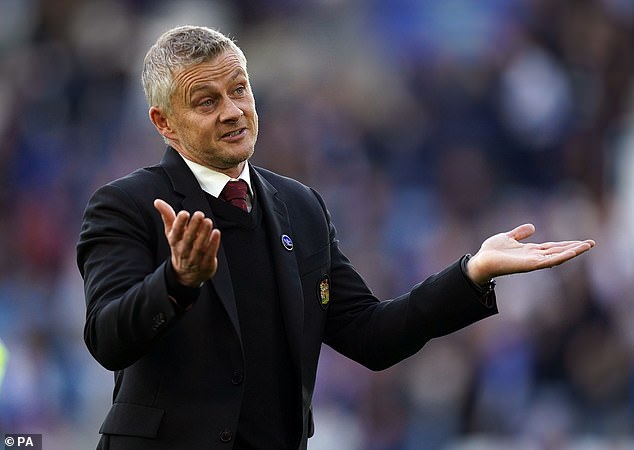 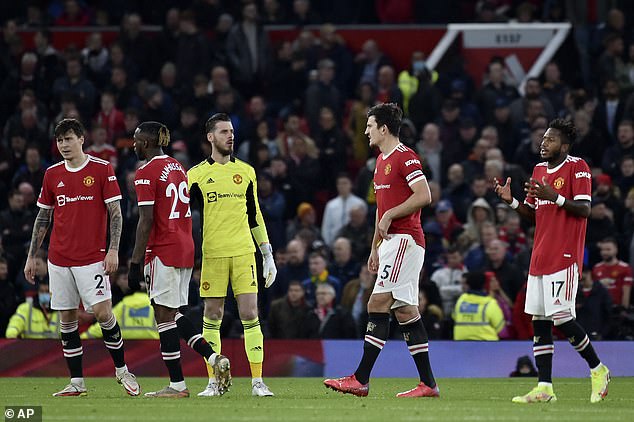 
According to The Sun, dismissing Solskjaer from his role would result in the Norwegian being given a full year’s salary as a severance package by the club, worth around £7.5m.

The reports adds it puts him around fifth in the highest paid Premier League managers and that only Pep Guardiola, Jurgen Klopp, Brendan Rodgers and Marcelo Bielsa earn greater pay.

But Solskjaer’s job is not thought to be in jeopardy, despite the fears over his long term future.

He has taken charge of training this week at Carrington as they prepare for a crunch trip on Saturday to Tottenham Hotspur. 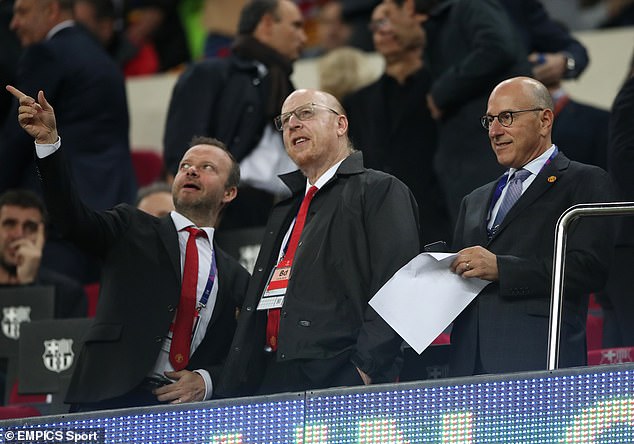 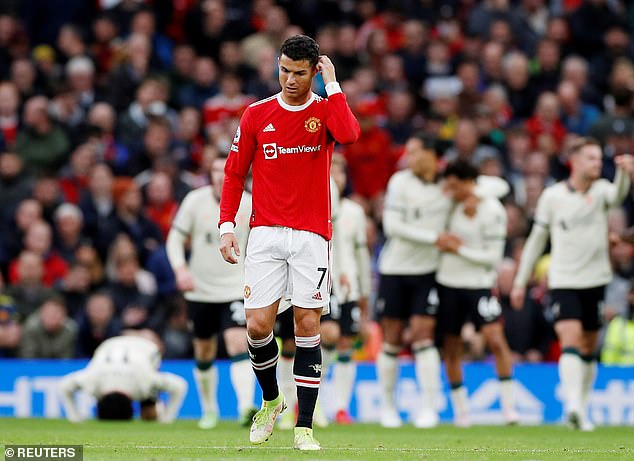 Despite boasting stars like Cristiano Ronaldo, the Red Devils continue to struggle this term

The Norwegian took charge in December 2018, but despite making slight progress has still yet to win a trophy at Old Trafford and it has left some members of his squad doubting his ability to take the club further.

Sportsmail understands that United — who gave Solskjaer a new three-year contract over the summer — were planning to review the 48-year-old’s position in December. 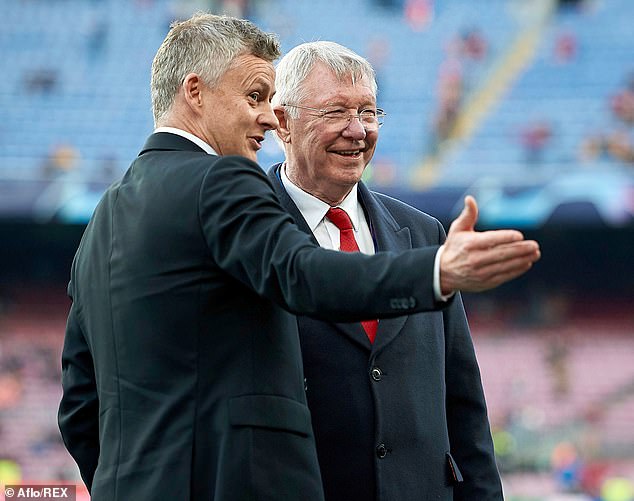 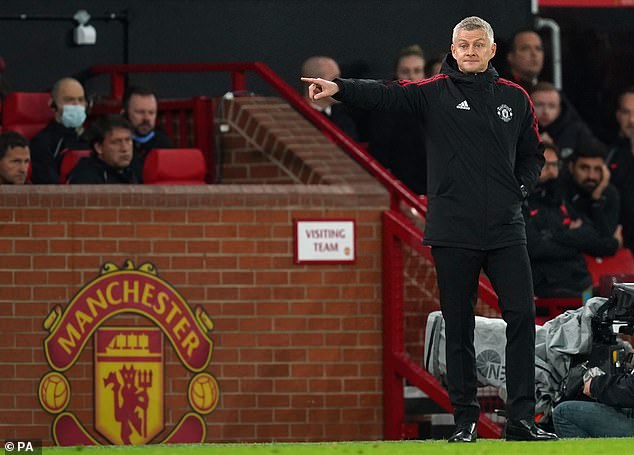 Ferguson has been a champion of his former striker and there has always been reticence to change at the top when United have fallen on troubling spells of form in previous campaigns.

Yet Solskjaer now faces three huge games — Tottenham, a Champions League clash at Atalanta and then the derby against Pep Guardiola’s Manchester City — that look likely to determine his prospects.

Glazer, based in Florida, has been watching developments with interest but senior United sources were adamant last night that no approaches for potential successors had been made after Antonio Conte, the former Chelsea boss, expressed an interest in a move.

STUART BROAD: We're the worst prepared England EVER to go to Australia

LIVE – Updated at 23:29 © Photograph: Andrej Ivanov/AFP/Getty Images A seven-year-old receives the Pfizer jab in Montreal. Vaccinating five to 11-year-olds is a step closer in Australia with provisional ... Read more »

Photograph: Canadian Press/REX/Shutterstock Subject to final approvals, 2.3 million children in age cohort could have first jab before school returns in 2022 Get our free news app; get our morning ... Read more »

Parents of school shooter Ethan Crumbley are placed on suicide watch as they weep in court after judge sets bail at $500K: Cops investigate accomplice suspected of helping them hide out in Detroit art studio

James and Jennifer Crumbley, the parents of accused Michigan school shooter Ethan, are on suicide watchSheriff says all three Crumbleys are now isolated separately under watch in an abundance of caution Parents broke down in court as their charges were read aloud Saturday morning after their capture in DetroitPolice are now investigating a suspected accomplice who helped them hide out in basement art studio Crumbleys were arrested early Saturday in Detroit near the Canadian border and now face 15 years prison Parents each pleaded not guilty to four counts of involuntary manslaughter and bail was set at $500,000 Their son, Ethan, 15, is being held without bail on charges including murder, attempted murder and terrorism Shooting at Oxford High School near Detroit killed four students and wounded seven others    Read more »

M&S condemned for sending items in 'mountain' of plastic

© Provided by Daily Mail MailOnline logo Marks & Spencer is facing a backlash from customers for its excessive use of plastic packaging – despite promising to become the greenest retailer ... Read more »

Hakan Calhanoglu has insisted that he meant to score directly from a corner kick against Roma. The Inter Milan star stunningly netted from the set piece as the Nerazzurri beat ... Read more »

Mohamed Salah has sent a blunt and very direct message about Liverpool’s title hopes following their 1-0 victory at Wolves. The Reds wasted a plethora of chances at Molineux but ... Read more »

As Tiger Woods delivered further encouragement about a potential comeback before the end of the year, the new kid on the block was turning his Hero World Challenge into a ... Read more »

ANTHONY YARDE has got his revenge after a brutal fourth-round victory over Lyndon Arthur at the Copper Box. The pair fought in the capital last December, with Arthur taking the ... Read more »

Derek Jeter and his wife Hannah Jeter have welcomed their third child together, a daughter named River Rose Jeter. The announcement was made by the website Jeter founded, The Players’ ... Read more »

Crisis in courts over shortage of skilled translators as experts switch to Netflix to dub popular foreign dramas such as Squid Game, Money Heist and Lupin

Netflix viewing figures for foreign language shows rose by over 50 per cent  UK faces a shortage of skilled linguists, the Migration Advisory Committee saidPolice, courts and healthcare services all rely on translators and interpreters  Read more »

© Provided by Daily Mail MailOnline logo Bosses at British Airways are turning to fine wine to get the beleaguered airline through the turbulence of the pandemic. The flag carrier, ... Read more »

The BHA disciplinary panel are inquiring into bullying in the Weighing RoomBryony Frost is alleged to have been threatened by Robbie Dunne in 2020Richard Johnson, four-time champions jockey, will appear before the panel   Read more »

How does the MLB lockout impact the Atlanta Braves, and their pursuit of Freddie Freeman? Surprisingly, it can only help. © Provided by Fansided The Braves now have weeks — ... Read more »

Major League Baseball’s first work stoppage in more than a quarter-century went into effect Wednesday night, with the owners unanimously voting to lock the players out until a new collective ... Read more »

© Getty Images MLB commissioner Rob Manfred (second right, in dark suit) presented the World Series trophy to the Atlanta Braves a month ago – but is now at loggerheads ... Read more »

London Covid: 4 things you need to know about the new Omicron variant

Omicron is fast spreading through the country as 160 cases of the new Covid strain have now been identified, with the most recent figures suggesting 15 of those are in ... Read more »

© Provided by Daily Mail MailOnline logo Actor Richard E. Grant has said he feels ‘punished’ after being forced to quarantine for Covid in a hotel that charges more than ... Read more »

Video: Ex I'm A Celeb star Kerry Katona claims there is a secret drama going on involving Adam Woodyatt that viewers aren't being shown on TV

Video: Maisie Smith marks the 'weekend feeling' in a plunging neon crop top as she poses for a slew of sultry snaps

Who are the winners and losers from stock market's wave of new firms?

Video: 'I'm so mortified for her!' Strictly judge Shirley Ballas is slammed after praising deaf Rose Ayling-Ellis for 'blocking the noise out' during her performance

Real villain in Claire Foy's racy drama? The manipulative husband! It was Britain's most sensational divorce trial - featuring photo of a sex act and a 'headless' man - now HUGO VICKERS recalls meeting the scorned wife as case is re-told on the BBC