Manchester United have defended the decision for the squad to take a short 100-mile flight for their Premier League clash with Leicester on Saturday afternoon. 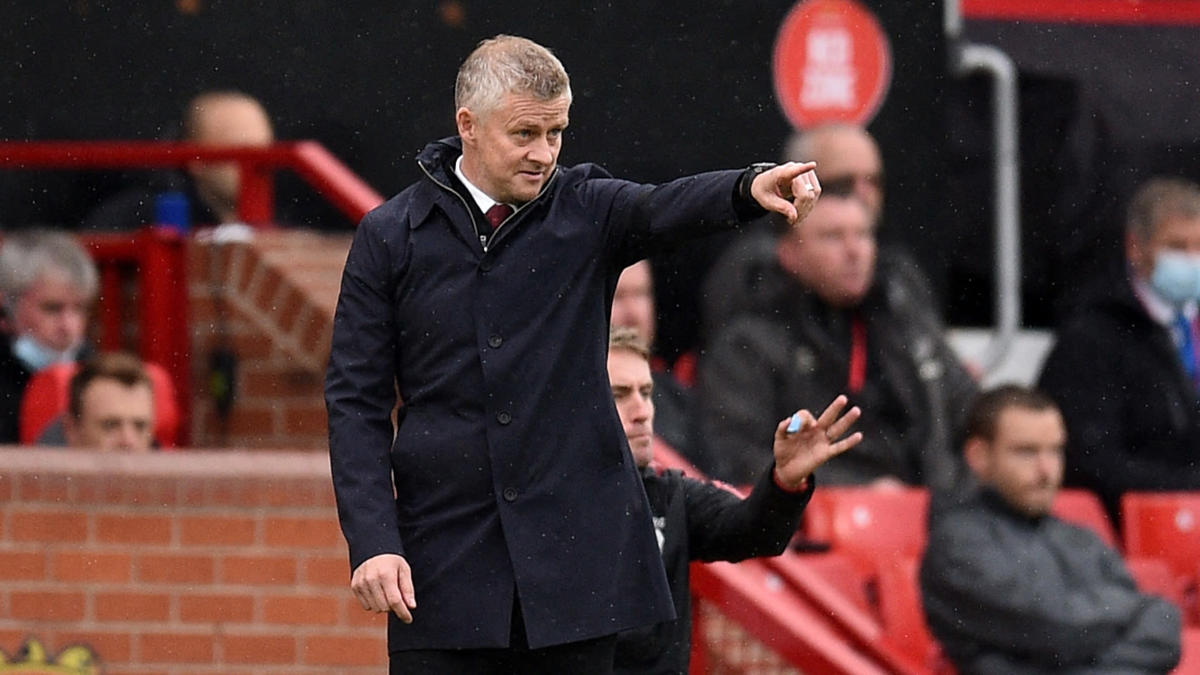 United are due to face the Foxes at 3pm at the King Power Stadium, although the club said the initial plans were not to fly the short distance between Manchester and Leicester.

A spokesperson for the Red Devils told the BBC they had opted for that mode of transport due to ‘circumstances’, while there were reports of congestion on the M6 motorway, which is a major route helping connect the two cities.

Domestic flights have been proven to be the least energy-efficient means of travel, and United only announced a partnership with clean fuel supplier the Renewable Energy Group in July, saying at the time that they wanted to “raise awareness of how people can contribute towards a cleaner, more sustainable future for our planet”.

In response to the BBC’s questions about the flight, United said they:

While flying only contributes to a small percentage of the globe’s carbon emissions, frequent flyers are disproportionately responsible for those emissions – and of course top-level football clubs fall into that category.

On the pitch, Man Utd will be hoping to put some stuttering form behind them following the international break. The Red Devils are without a win in two Premier League matches and have been knocked out of the EFL Cup.

Leicester, meanwhile, have made a very underwhelming start to the season and are are without a league win since 28 August.

Defending champion Mark Selby into fourth round at Scottish Open

Jakob Glesnes agrees to extension through 2024 with Philadelphia Union

If Damian Lillard and Ben Simmons want to play together, they’re going to have to convince the Philadelphia 76ers to significantly change their current stance on a trade. © Bill ... Read more »

Chris Fedor: Caris LeVert could be available. He’s exactly what Cavaliers need as a Sexton replacement/shot-maker/scorer. They have expendable pieces. They are looking to potentially upgrade that 2 guard spot. ... Read more »

Brian A. Steel, vice president of the Fraternal Order of Police Capital City Lodge No. 9 Citing the shooting of a deputy U.S. Marshal a day after two children and ... Read more »

Cabrini Stott Investigators are asking the public for help locating a 15-year-old girl last seen Sunday in the 5800 block of Village Plaza South Drive, according to the Indianapolis Metropolitan ... Read more »

The antibody cocktail therapy involves getting preventive injections as often as every six months. Read more »

England’s efforts to reclaim the Ashes is underway. The first day came to a close with the tourists 147 all out, and Australia yet to bat. After much anticipation, fans ... Read more »

Manchester United continued the so-called Ralf Rangnick revolution with a 1-1 draw against Young Boys on Wednesday night. Mason Greenwood volleyed in the opener for a much-changed Red Devils before ... Read more »

Former England coach David Lloyd has laid into Rory Burns after he was bowled by Mitchell Starc with the first ball of the Ashes. After captain Joe Root won the ... Read more »

This tiny chihuahua went on an emotional rollercoaster when he put his booties on. Dogs don’t really like getting dressed. They’ve already got a thick coat of fur to keep ... Read more »

Dec. 8—Police in Mitchell are searching for a man who led them on a brief pursuit downtown Wednesday afternoon. At approximately 2:45 p.m., police responded to a report of an ... Read more »

© Provided by Sooners Wire Class of 2023 three-star offensive lineman Joshua Bates is the latest Sooner commit to deliver good news to the Oklahoma fan base. Bates took to ... Read more »

NFL rumors: Former 1985 Bear could lead Chicago back to glory

© Provided by Fansided If the Chicago Bears move on from Matt Nagy, they could potentially go out and replace him with a member of the famed 1985 Bears team.  ... Read more »

© Provided by Metro The German coach felt his side played into Young Boys’ hands (Picture: Getty) Ralf Rangnick has revealed his annoyance with some of Manchester United’s approach play ... Read more »

Dec. 8—An Augusta man was arrested Tuesday in connection to a kidnapping on Oct. 29. Christopher L. Nelson, 35, is charged with kidnapping, possession of a weapon during a violent ... Read more »

Georginio Wijnaldum has not managed to establish himself in midfield at PSG Former Liverpool star is willing to return to the Premier League on January loan He admitted that he is 'not completely happy' with situation in French capital 'I was really looking forward to the new step and then this happens', he said Read more »

This police chase came to an end on a Florida golf course, video reveals. Take a look

A fairway in Florida turned into a race course on Tuesday when a woman in an SUV plowed through a gate and led police on a chase through the golf ... Read more »

Calif. to be abortion sanctuary if Roe overturned

If the U.S. Supreme Court allows states to ban abortion, California announced a plan to welcome people from out of state to get the procedure (Dec. 8) Read more »

A former boyfriend of a woman who says she was paid to give sexual favors to Jeffrey Epstein, starting at age 14, corroborated parts of her account Wednesday at the ... Read more »

Jude Bellingham has the 'full package' and 'improves every team on the PLANET', insists Rio Ferdinand, as Owen Hargreaves urges Premier League giants to buy the midfielder ahead of Dortmund team-mate Erling Haaland

Rio Ferdinand and Owen Hargreaves have lavished praise on Jude Bellingham The Borussia Dortmund star, 18, is one of the most promising players in the worldAnd Ferdinand claimed Bellingham would make any team in the world better  Read more »

NEW YORK (AP) — A former federal judge was appointed Wednesday to ensure no First Amendment protections or attorney-client privileges are violated in the review of materials seized by U.S. ... Read more »

Kim Potter trial: Defence tries to shift blame on to Daunte Wright saying ‘all he had to do was surrender'

Body camera footage and 911 call audio released by the Fort Worth Police Department reveal the events that led up to a fatal shooting in the 10400 block of Bear ... Read more »

Parts of the central and western United States could see up to 12 inches of snow on Thursday and into Friday, bringing an end to snow dry spells and disrupting ... Read more »

I am blessed beyond measure to do the thing I love everyday, and now at the professional level. Thank you Purdue for being home, thank you to my incomparable support ... Read more »

Barcelona lose 3-0 to Bayern Munich, crash out of Champions League

Wijnaldum 'is open to a Premier League loan move in January'