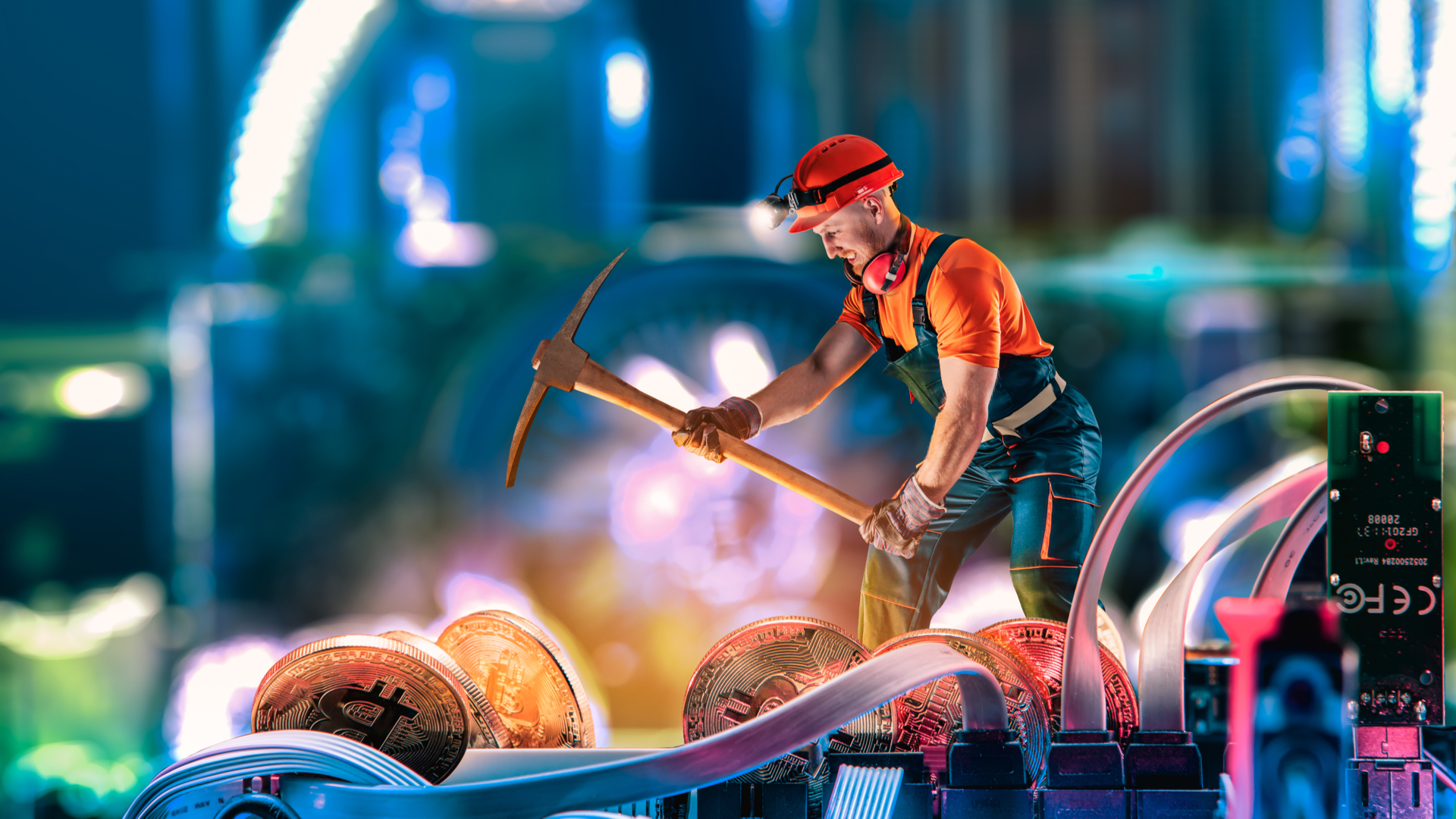 Masquerading as legitimate JavaScript libraries, the latest round of packages launch cryptominers on Windows, macOS, and Linux machines.

“Once again, this particular discovery is a further indication that developers are the new target for adversaries over the software they write,” writes SonaType, noting that all the packages were published by the same author.

The SonaType researchers reported the malicious packages (named okhsa, klow, klown) to npm, only hours after their release, and they were unlisted by the same day, causing little to no damage.

Npm isn’t immune to these infiltrations, and SonaType has previously shared that its automated systems have identified over 12000 suspicious and malicious npm packages since 2019.

What’s interesting about these newly flagged (and subsequently removed) packages is that they didn’t employ any of the usual ploys to trick developers into installing them.

“It isn’t clear how the author of these packages aims to target developers. There are no obvious signs observed that indicate a case of typosquatting or dependency hijacking. “Klow(n)” does impersonate the legitimate UAParser.js library on the surface, making this attack seem like a weak brandjacking attempt,” observe the researchers.

SonaType says it is now expanding malware detection capabilities that caught the packages in npm, to other ecosystems as well, such as PyPI.

The best Cyber Monday laptop deals you can get at HP, Best Buy and more

This Nuna car seat is $50 off ahead of Cyber Monday, but act fast—this sale won't last

Hulu Cyber Monday deal: You can still get a full year of Hulu for 99 cents per month through Cyber Monday

Rams vs Packers live stream: how to watch NFL online from anywhere

— Recommendations are independently chosen by Reviewed’s editors. Purchases you make through our links may earn us a commission. Good news for all the coffee enthusiasts this Cyber Monday weekend: ... Read more »

Cyber Monday AirPods deals can save you plenty of cash on everything from the very latest releases to old faithfuls this weekend, now that Black Friday AirPods deals have drawn ... Read more »

Lost smartphone? Here's what to do: Talking Tech podcast

Hit play on the player above to hear the podcast and follow along with the transcript below.This transcript was automatically generated, and then edited for clarity in its current form. ... Read more »

There must have been magic in the air. In November and December 2001, two fantasy movies cast a spell so powerful they changed Hollywood forever. Both were based on an ... Read more »

Chelsea vs Man United live stream: how to watch Premier League from anywhere

Having given caretaker boss the response he was hoping for in his first game at the helm of Man United in midweek, Michael Carrick will be hoping his players can ... Read more »

Keira Knightley has admitted being torn over returning to work after full-time motherhood during the pandemic. (Getty Images) Just like so many other mothers, the pandemic has had an impact ... Read more »

— Recommendations are independently chosen by Reviewed’s editors. Purchases you make through our links may earn us a commission. If you need to do some post-Thanksgiving cleanup around the house, ... Read more »

COVID-19: Emergence of Omicron variant could be down to 'reservoirs' of virus in the unvaccinated and immunosuppressed

Barry Schoub, an expert from South Africa, says it is "logical" that the prevalence of HIV in the region is linked to the emergence of the new variant of the coronavirus. Speaking to Sky News, Prof Schoub also emphasises the links to unvaccinated people. Read more »

Showing some of their best form since Pep Guardiola took on the Etihad hot seat, Man City face a stern test of their title credentials today as they face David ... Read more »

The Infinix Zero 5G is rumoured to be in the works. Infinix has ramped up its smartphone launches this year, but the company has stuck to 4G devices until now. ... Read more »

You can make big savings on some of the best OLED TVs around right now as 2021 TVs push down the price of previous generation models – and that means ... Read more »

Twenty seven people died en route to the UK this week Endless questions have been asked since the freezing waters of the English Channel claimed the lives of 27 people ... Read more »

We’ve already seen a plethora of leaks around the Samsung Galaxy S22, but we’re happy to add another one to the pile: new pictures show off what look to be ... Read more »

A NASA spacecraft the size of a golf cart has been directed to smash into an asteroid, with the intention of knocking it slightly off course. The test aims to ... Read more »

A driver shortage could lead to stores in the UK running out of alcohol ahead of Christmas, trade group warns

Rows of cans of hard seltzer and beer on shelf in store.Richa Naidu/Reuters Alcohol providers are reporting delays in delivering alcohol to stores in the UK. The Wine and Spirit ... Read more »

Four new Realme smartphones are arriving in India sometime in Q1 2022. The phones will be part of the company’s next number series, namely the Realme 9 series. Realme previously ... Read more »

Apple iPhone users to reportedly get these Twitter features soon

Twitter has launched several new features on its platform this year and now, the company is reportedly gearing up to roll out the Reaction feature for Apple iPhone users. According ... Read more »

Samsung ranks No. 1 in US high-end projector market share

By Yi Whan-woo JP Morgan CEO Jamie Dimon’s apology last week over his offhand remark concerning the Chinese Communist Party (CCP) is raising questions over whether it is appropriate from ... Read more »

Ioniq 5 (Hyundai Motor)Hyundai Motor has reclaimed the No. 2 spot in Australian car sales, with its October car sales outpacing those of American rival Ford and Japanese rival Mazda, ... Read more »

When it comes to budget smartphones, there are a few things to keep in mind to ensure you get the best bang for your buck. So if you are looking ... Read more »

A petrol attendant stands next to a newspaper headline in Pretoria, South Africa, Saturday. AP-Yonhap By Kim Yoo-chul The South Korean stock market is awaiting updates over the Omicron variant ... Read more »

An LG Electronics worker is busy manufacturing washing machines ahead of a year-end spending spree at the firm’s factory in Clarksville, Tennessee, Friday. The company’s lines of key products such ... Read more »

The Xiaomi logo is seen at a Xiaomi shop in Shanghai, China, May 12. Reuters-Yonhap Chinese smartphone giant Xiaomi will build a plant that can produce 300,000 vehicles annually in ... Read more »

Remember when Apple used to proudly advertise, “There’s an app for that”? Well, there’s a reason they don’t do that anymore. We’ve officially reached the point of app overload in ... Read more »

Google – Alphabet Inc (NASDAQ:GOOGL) – has been fined by Italy’s antitrust regulator over “aggressive practices” linked to user data’s commercial usage. The ruling comes after the General Court of ... Read more »

Cyber Monday headphone deals are stellar—save on headphones from Bose, Sony and AirPods

Black Panther 2: cast, release date changes and all you need to know about Wakanda Forever

Woman punched in the face after asking teenager to wear facemask

Ola and James Jordan's Strictly verdict: Why we'll be devastated if Rhys leaves the competition

The best robot vacuum Cyber Monday deals you can already get on iRobot, Eufy and more

Nvidia's revamped RTX 2060 GPU could be faster than we expected

Covid 19 Delta outbreak: Why NZ can limit virus deaths in 2022