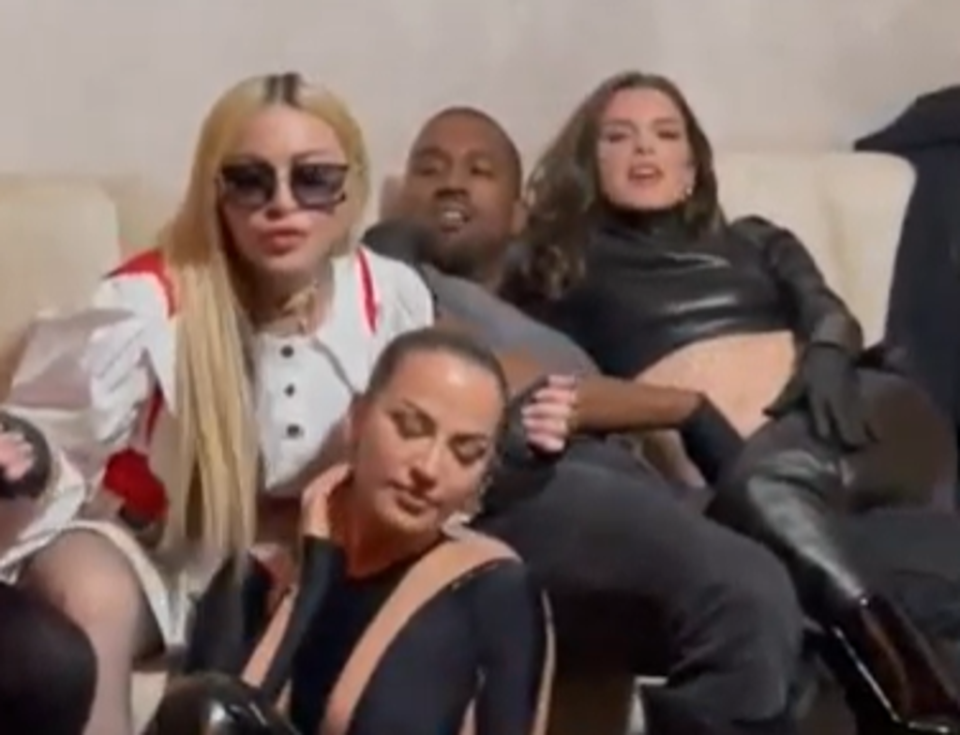 Videos of Madonna and Kanye West hanging out hours before he allegedly punched a fan have been posted on social media.

The rapper is under investigation by the LAPD for the incident that reportedly took place on Thursday morning (13 January) at around 3am.

The LAPD confirmed to The Independent that West – who formerly changed his name to Ye last year – is a suspect in the investigation.

In the video, the group of celebrities – also including former boxer Floyd Mayweather, NFL player Antonio Brown and West’s girlfriend, Julia Fox – can be seen sitting on a sofa in the footage, while Drake’s “Come Thru” plays in the background.

Madonna dances in the clip, while West and Fox look on, smiling.

The new video follows the many pictures and stories that have emerged since West and Fox began dating.

In the most recent episode of her podcast, Forbidden Fruits, Uncut Gems star Fox was forced to deny that her relationship with West is not a PR stunt.

Talking about her relationship with the rapper and fashion designer, Fox said: “There’s always people that think every single celebrity scandal is a setup. I personally don’t.”

The duo were first spotted on a date earlier this month, with Fox previously confirming they are a couple to Interview Magazine and detailing the events of their second date.

Going into further detail with her podcast co-host Niki Takesh, Fox said: “I feel like, to the people who know us both personally, like all the people that we have in common, like friends in common, have texted me like, ‘Oh my God, this makes so much sense.’”

Where to watch Euphoria season 2 episode 2 online, get 20% off HBO Max now

After one heck of a season premiere, the second season of Euphoria has already delivered plenty of drama, drugs, and violence, as well as emotional declarations and sparks flying in ... Read more »

Kanye West finally arrived at his daughter Chicago West’s fourth birthday party after publicly claiming that his estranged wife Kim Kardashian didn’t invite him to the same. According to West, he “wasn’t allowed ... Read more »