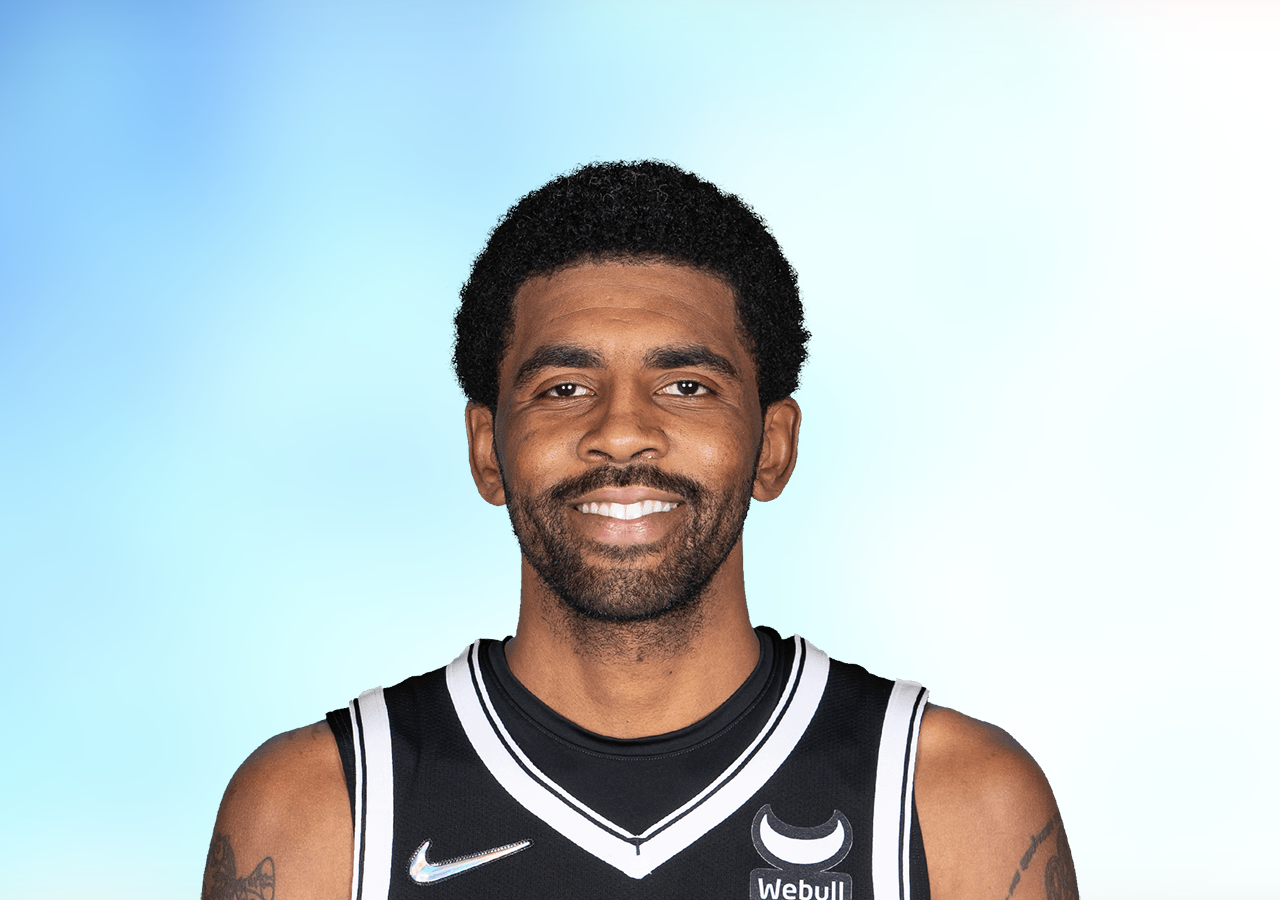 © Provided by HoopsHype Alex Schiffer: Kyrie Irving said he thought the free throw disparity was a major difference in the game. Said the Nets deserve some blame, perhaps the refs do, too. His bigger problem was the Bucks were “reckless at times” with a few of their fouls.

“He’s impacted so many lives…. He’s more than just a coach to me and to countless others. He recruited me when I was 16, 17 years old, I thought the guy was brilliant but I thought he was a little crazy.”

Kyrie Irving on the Bucks being “reckless.”

“That’s who they are but I just think it was just reckless sometimes.”

He had a similar comment back in Jan. about how he got hurt in last years playoffs.

Kyrie Irving is looking forward to Duke-UNC this weekend. Thinks the Blue Devils are going into the game with a “redemptive” attitude, but doesn’t think Coach K’s legacy lies on the game. – 11:01 PM Dave Early @DavidEarly

Kyrie Irving describes the Bucks reckless plays as being in the way at times when it’s an easy play to avoid. Didn’t want to get into individual plays but says we can all observe. – 11:00 PM Ajayi Browne @ajayibrowne

Kyrie Irving believes that it is an ongoing process to prepare for the playoffs. – 10:59 PM Dave Early @DavidEarly

Kyrie Irving says he thinks some of the Bucks fouls were reckless. Adds not all but some. He understands that’s part of who their team is but some were reckless. – 10:58 PM Alex Schiffer @Alex__Schiffer

Kyrie Irving said he thought the free throw disparity was a major difference in the game. Said the Nets deserve some blame, perhaps the refs do, too. His bigger problem was the Bucks were “reckless at times” with a few of their fouls. – 10:58 PM Ajayi Browne @ajayibrowne

“I think one of the stats that really stands out are the free throws — That’s one thing we can control better.” – 10:57 PM Matt Williams @StatsWilliams

To cap off the month of March, DeMar DeRozan recorded a 50-point game.

There have been 9 50-point games this month from:

“We just want to be as healthy as possible heading into the postseason.” – 10:56 PM Ajayi Browne @ajayibrowne

Kyrie in the last 4 minutes of regulation and OT:

Be interesting to see how the top teams maneuver in the final week. That third seed feels like the most desirable place to be. Who wants to potentially battle KD and Kyrie in the first round? – 10:19 PM Alex Schiffer @Alex__Schiffer

Final: Bucks beat the Nets 120-119. Kevin Durant and Kyrie Irving combine for 51 with each playing 45 minutes. Nets are now in three-way tie for eight seed and head to ATL on Saturday in a game that could determine where they end up. Hawks tied with them. Coverage coming. – 10:17 PM Tommy Beer @TommyBeer

Did Kyrie take a shot in the final 10 mins off that game? – 10:17 PM Ajayi Browne @ajayibrowne

There are like two human beings on earth who can sorta bother KD and Kyrie when they have the ball on offense – and they are both on the Bucks (Giannis and Jrue) – 10:09 PM Nate Duncan @NateDuncanNBA

This playcalling by the Nets has been truly atrocious. How about trying to get Kyrie a matchup for instance? – 10:04 PM Chris Kirschner @ChrisKirschner

KD and Kyrie will both play 40+ minutes tonight.

the nets surrounded kd with kyrie, curry, mills and dragic, and that’s the shot they got? – 9:59 PM Nick Friedell @NickFriedell

Giannis hits an unbelievable three to tie the game — KD misses a jumper after Giannis come over to double. We are headed to overtime tied at 110. Giannis has 42 and 14. KD and Kyrie have combined for 45 — they are both at the 40 minute mark. – 9:59 PM Adam Mares @Adam_Mares

KD and Kyrie are fun as hell. That KD pull up 3 was ridiculous. So smooth. – 9:38 PM Alex Schiffer @Alex__Schiffer

Kevin Durant just hit the same shot he hit against the Bucks to send Game 7 into OT. Only this time it’s a 3. Then the Nets force a turnover, and Kyrie finds KD for an alley-oop.

End of the third quarter: Bucks lead the Nets 87-86. KD with 13, Brown with 17 and Kyrie with 20. Khris Middleton and Jrue Holiday are a combined 7-for-20, but the Nets have yet to find a way to slow down this Giannis fella. – 9:11 PM Ajayi Browne @ajayibrowne

Kyrie Irving (20 PTS), Bruce Brown (17 PTS) & the Nets are losing the battle on the boards 29-38. Fortunately, they’re putting on a show from behind the arc, shooting it at 54%. Defensively, they’re holding Milwaukee to 28% shooting from there. – 9:11 PM Alex Schiffer @Alex__Schiffer

Bruce Brown (10 PTS), Kyrie Irving (9 PTS) & the Nets are allowing Giannis Antetokounmpo to gain momentum. He’s already up to 20 PTS on 8-of-11 shooting. Overall, Brooklyn is getting outscored in the interior 26-16. – 8:28 PM Alex Schiffer @Alex__Schiffer

Solid first quarter for Nets — they got balanced scoring up and down roster and are playing strong defense to start. Already up to nine assists as well. Even more impressive given that Kyrie is 0-for-4 in 10 minutes. – 7:57 PM Kristian Winfield @Krisplashed

Nets lead, 30-23, after one quarter. Lots of basketball to go, but impressive start for the Nets considering 0 points from Kyrie. – 7:56 PM Alex Schiffer @Alex__Schiffer

Greetings from Barclays. Nets-Bucks about to tip. Last time they played, Kyrie led the Nets to a win over them in Milwaukee. Last contender on the regular season schedule for the Nets. A measuring stick game of sorts. Updates to come. – 7:28 PM Barbara Barker @meanbarb

The Nets’ Starters vs. the Bucks:

Based on their last 10 games only:

Stefan Bondy: Kyrie Irving on the Bucks: “They were playing pretty physical. I think they were a little reckless at times. Just on a lot of their fouls. Or a few of their fouls. That’s who they are. But I think it was just reckless at times.” -via Twitter @SBondyNYDN / April 1, 2022 Will Guillory: The NBA’s L2M Report determined that there wasn’t a foul on Jose Alvarado’s final shot in last night’s loss to the Spurs. It did come back with 2 incorrect non-calls, though — one on the Pels, one on the Spurs. pic.twitter.com/WMcMde2uAZ -via Twitter @WillGuillory / March 27, 2022 James Edwards III: Casey on Cade Cunningham’s lack of free throws: “He’ll earn it. He’s getting hit. Maybe he has to get an act. … I see guys falling like they got hit with a baseball bat.” -via Twitter @JLEdwardsIII / March 27, 2022

Rudy Gobert on calling out teammates: ‘I just speak my mind’