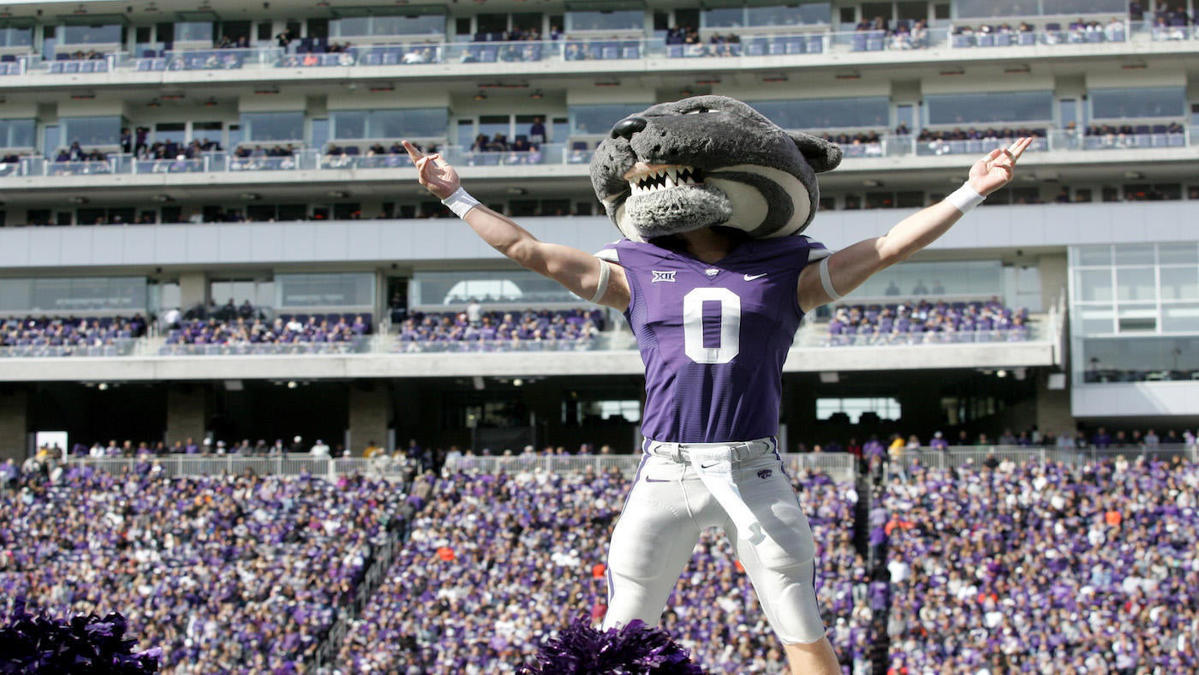 The Iowa State Cyclones were expected to win this one, and so far that’s exactly how it’s playing out. They have emerged as the frontrunner at halftime and are ahead of the Kansas State Wildcats 20-7. Iowa State has been led by RB Breece Hall, who so far has rushed for two TDs and 108 yards on 15 carries.

Hall has led the way so far for the Cyclones, as he has rushed for two TDs and 108 yards on 15 carries. Hall has put himself on the highlight reel with a 75-yard TD scramble in the first quarter.

Iowa State has yet to string together two consecutive wins, but this may be their chance. For now, all signs point to yes.

The Iowa State Cyclones and the Kansas State Wildcats have had some time off and are no doubt ready to hit the field. The Cyclones and K-State will face off in a Big 12 battle at 7:30 p.m. ET Saturday at Bill Snyder Family Stadium. Iowa State should still be riding high after a victory, while K-State will be looking to right the ship.

You can’t lose the contest if you win every quarter, and that was precisely Iowa State’s strategy against the Kansas Jayhawks two weeks ago. Iowa State steamrolled past Kansas 59-7 at home. The game was pretty much decided by the half, when the score had already reached 38 to nothing. QB Brock Purdy had a stellar game for the Cyclones as he passed for four TDs and 245 yards on 22 attempts in addition to picking up 37 yards on the ground.

Meanwhile, the Wildcats were within striking distance but couldn’t close the gap two weeks ago as they fell 37-31 to the Oklahoma Sooners. The losing side was boosted by QB Skylar Thompson, who passed for three TDs and 320 yards on 41 attempts.

Iowa State is the favorite in this one, with an expected 6.5-point margin of victory. Those who got lucky with them against the spread two weeks ago might want to hold off on placing bets this time since the team has yet to string together back-to-back wins against the spread.

The Cyclones’ win brought them up to 3-2 while K-State’s defeat pulled them down to an identical 3-2. A pair of defensive numbers to keep in mind before kickoff: Iowa State ranks 10th in the nation when it comes to yards allowed per game, with only 232.4 on average. Less enviably, K-State is stumbling into the matchup with the 188th most passing yards allowed per game in the nation, having given up 256.2 on average. So the cards are definitely stacked against the Wildcats.

The Cyclones are a solid 6.5-point favorite against the Wildcats, according to the latest college football odds.

The line has drifted a bit towards the Cyclones, as the game opened with the Cyclones as a 4.5-point favorite.

Kansas State have won four out of their last six games against Iowa State.

Michele Brown was vaccinated - but had a suppressed immune system. Would better health advice have saved her?

The mother-of-two carefully shielded until the government said it was safe to see friends and family. She had no idea how her existing conditions could affect her The feeling of ... Read more »

Survivors gather to remember those lost at Pearl Harbor

PEARL HARBOR, Hawaii (AP) — A few dozen survivors of Pearl Harbor are expected to gather Tuesday at the site of the Japanese bombing 80 years ago to remember those ... Read more »

Marvel Studios chief Kevin Feige in a recent interview hinted that Charlie Cox’s Daredevil, recently made famous in the Netflix series that ran from 2015-2018, is bound to come back. ... Read more »

Vancouver Canucks captain Bo Horvat said the changes the team made to the leadership group Sunday were difficult to see, but were also necessary to help get them back on ... Read more »

Jack in the Box is Buying Rival Del Taco

How the UAE's wealthy use philanthropy to give back

© Peter Dazeley Philanthropy can take many paths and for people experiencing success, it is a vehicle for paying it forward that is often laced with a feel-good factor. Getty ... Read more »

© Provided by DNA Amid rising fears over new COVID-19 variant Omicron, Delhi CM Arvind Kejriwal on Monday (December 6) said that his goverment is fully prepared to tackle the ... Read more »

Delhi govt to come out with a big musical play on Ambedkar: Kejriwal

© Provided by The Statesman Delhi govt to come out with a big musical play on Ambedkar: Kejriwal Delhi Chief Minister Arvind Kejriwal announced on Monday that his government would ... Read more »

© Provided by Hindustan Times Ever since the vaccination drive began in March this year, India has managed to administer 1.28 billion vaccine doses so far. (ANI) India has reported ... Read more »

Orcas breach off coast of Southern California Passengers on board a whale watching boat were thrilled to see orcas in the wild, breaching off Laguna Beach, California.The Associated Press SAVANNAH, ... Read more »

Did Katrina-Vicky strike Rs 100 crore deal with OTT platform for their wedding footage?

© Provided by News18 Katrina Kaif and Vicky Kaushal’s wedding is the talk of the town. The couple, reportedly, will tie the knot at Six Senses Fort Barwara in Rajasthan ... Read more »

Samantha Ruth Prabhu on separation from Naga Chaitanya: ‘Thought I would die, didn't think I was this strong'

© Provided by Zee News New Delhi: Festivities for the wedding of the year have begun! After Katrina Kaif and Vicky Kaushal with their families reached Six Senses Fort, Sawai ... Read more »

© Leon Bennett/Getty Images for the Critics Choice Association Halle Berry and Van Hunt are couple goals, but has he written a song about her yet? “It’s how many,” Berry ... Read more »

© Provided by Preview.ph In case you aren’t up to date, a new Korean series is currently dominating Netflix. Dethroning the highly acclaimed Squid Game as the platform’s most streamed ... Read more »

After seven years of tumult, the Jim Benning era in Vancouver has come to an end. © Darryl Dyck/CP Jim-Benning-Vancouver-Canucks The longtime Vancouver Canucks general manager was fired by the ... Read more »

VANCOUVER, British Columbia (AP) — Bruce Boudreau got his first win as coach of the Canucks on Monday as Vancouver blanked the Los Angeles Kings 4-0. The victory came less ... Read more »

Mikel Arteta has revealed why Emile Smith Rowe was absent for Monday night’s 2-1 defeat at Everton. The Gunners succumbed to a last-gasp strike from Demarai Gray to condemn them ... Read more »

A mysterious 'hut' on the moon? Chinese rover sends pictures

© Provided by Zee News Is that a mysterious hut on the moon? A picture that seems to suggest so has left scientists baffled! On a moon mission, China’s Yutu-2 ... Read more »

© Provided by DNA CBSE Class 10, 12 Board Exam 2022 Term 1 exam latest updates: In a significant development, an official notice has been released by the Central Board ... Read more »

© Provided by CNBCTV18 Remember the days when we wrote exams on paper sheets, there was a generally accepted norm to score well. Write more pages, take extra sheets. Regardless ... Read more »

Army ambush in Nagaland was a case of mistaken identity: Amit shah

© Provided by The Statesman Army ambush in Nagaland was a case of mistaken identity: Amit shah Home Minister Amit Shah on Monday told Parliament that the Centre was keeping ... Read more »

Armed Forces Flag Day 2021: Here's how you can contribute to the welfare of armed forces

Why are bank stocks underperforming?

Boris Johnson urged to set up net-zero initiative across government

Mother dies of Covid-19 after delaying shot to breastfeed

The UN is warning of spiralling violence, yet the West has forgotten the Palestinians

Antiquities for auction could be illicitly sourced, archaeologist claims

'If we do not take adequate measures...': IMA warns of third Covid wave amid Omicron threat

Protests over suspension of Opp members continues in RS; House fails to take up discussion on price rise