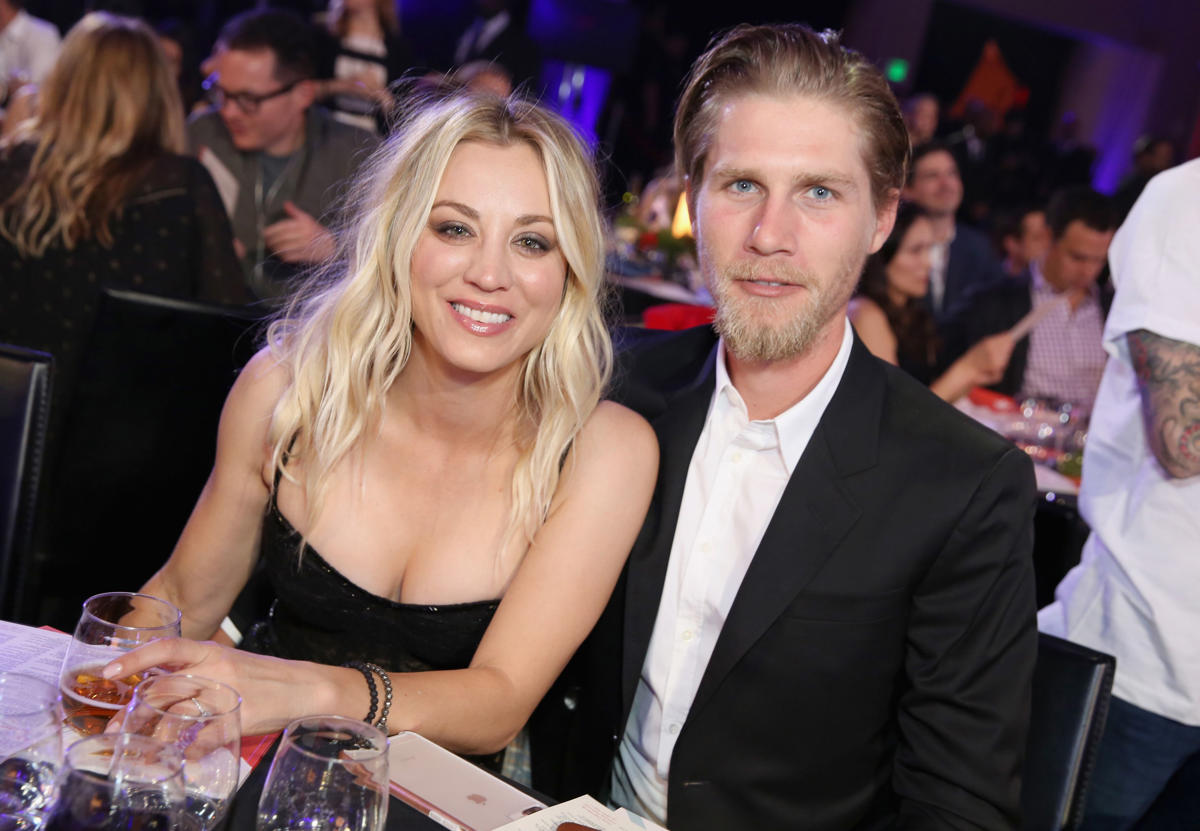 Kaley Cuoco‘s ex, Karl Cook, is asking for some shared assets to be divided as the pair’s divorce gets underway.

In court documents obtained by Us Weekly on Thursday, September 16, the equestrian, 30, responded to the actress’ divorce filing, citing “irreconcilable differences” as the reason for the divorce and asking to be given back certain personal items.

Cook requested “miscellaneous jewellery and other personal effects” to be returned to him and asked to be given the “earnings and accumulations” he made prior to and after the pair’s split.

Gallery: Loves and losses: Everyone Kim Kardashian has ever dated (StarsInsider) 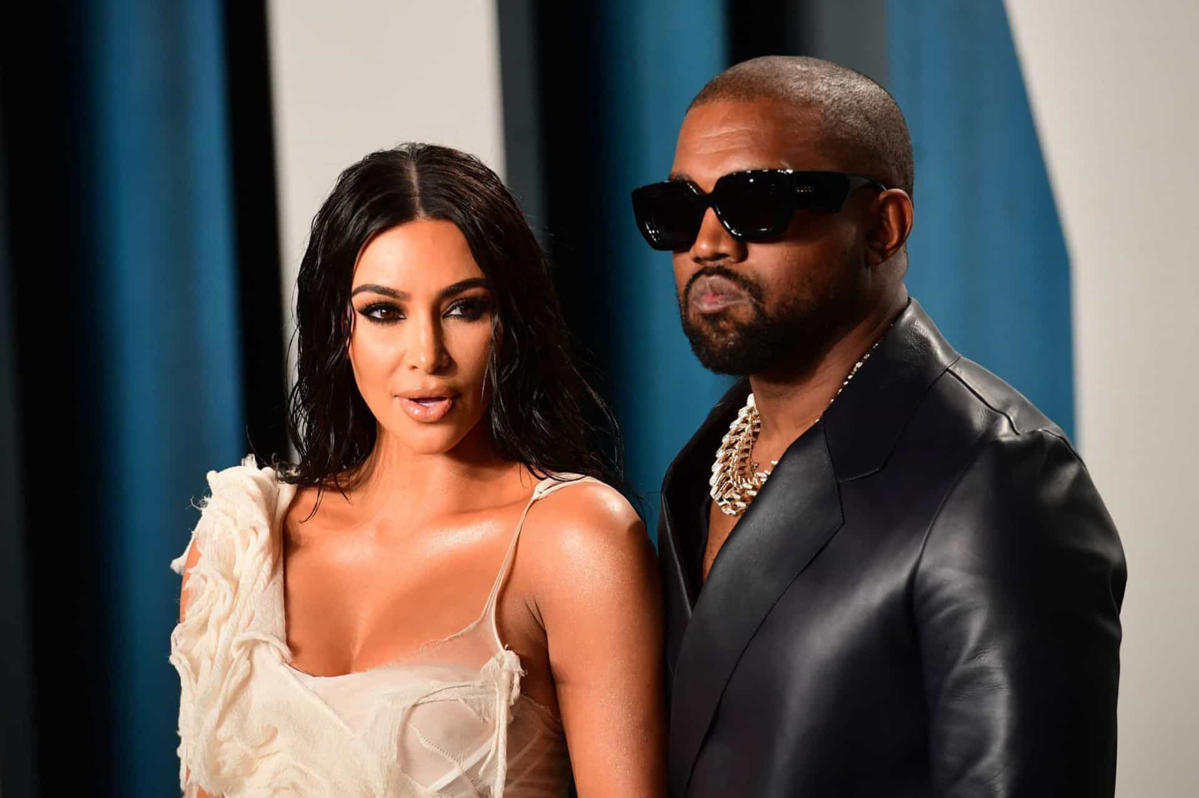 Cook’s response to his estranged wife’s filing was submitted on September 3 — the same day they announced their split. Neither party has requested spousal support in the divorce and they will each be paying their own legal fees.

“Despite a deep love and respect for one another, we have realised that our current paths have taken us in opposite directions,” Cook and Cuoco said in a joint statement published first by People.

“We have both shared so much of our journey publicly so while we would prefer to keep this aspect of our personal life private, we wanted to be forthcoming in our truth together. There is no anger or animosity, quite the contrary.

“We have made this decision together through an immense amount of respect and consideration for one another and request that you do the same in understanding that we will not be sharing any additional details or commenting further.”

Last month, a source told Us Weekly Cook and The Big Bang Theory star have an “ironclad” prenuptial agreement in place. According to an insider, they signed the document before their 2018 wedding, protecting Cuoco’s “assets.”

Cuoco began dating Cook in 2016. The pair got engaged on her birthday in November the following year.

The actress was previously married to tennis star Ryan Sweeting in 2013 for just 21 months.

'I beg you': Fox News' Neil Cavuto urges people to put politics aside and get vaccine

Expedition Robinson is starting to become a messy soup

We Can Survive 2021: Shawn Mendes finally got to perform ‘Wonder' live for the second time

Jay Black, Lead Singer of Jay and the Americans, Dead at 82: 'We'll Always Remember The Voice'

Jay Black, the frontman for the 1960s group Jay and the Americans, has died. He was 82. © Provided by People Don Paulsen/Michael Ochs Archives/Getty On Saturday, Black’s family announced ... Read more »

While I read Jeff Miers’ recent piece for The Buffalo News on his thoughts about the Buffalo Sabres’ individual goal songs, I reflected on another idea for a piece I ... Read more »

Fans who had tickets to see rapper Playboi Carti at NRG Stadium are trying to get their money back Sunday, after chaos and commotion caused last night’s concert to get ... Read more »

Sister deceased camerawoman Halyna Hutchins: she was my role model

Svetlana Androsovych, sister of late camerawoman Halyna Hutchins, ‘can’t believe’ what happened to her sister. On Thursday, the camerawoman died when actor Alec Baldwin fired at her with a weapon ... Read more »

COVID-19: Ed Sheeran tests positive for coronavirus - but says he will gig from home

Ed Sheeran says he has tested positive for COVID-19, but will continue to perform and carry out interviews from home. The singer announced the news in a video on Instagram, ... Read more »

Is the 'Succession' Theme Actually Good? A Musical Analysis

Succession may have only started airing in 2018 but it has quickly become a fan favorite, not least because of its theme tune. © HBO “Succession” has one of the ... Read more »

History: Venturi and Sinatra resilient in the desert

© Trae Patton/NBC The battles for Season 21 of “The Voice” concluded on Tuesday, October 19, and eight-time winning coach Blake Shelton will head into the knockouts with one of ... Read more »

Until his death Saturday of a heart attack at age 67, Grant Woods had recently become one of the most popular guests (and an occasional target) on cable news. © ... Read more »

The Huntington unveils Kehinde Wiley's 'A Portrait of a Young Gentleman'

On Saturday, Oct. 2, 2021, The Huntington Library, Art Museum, and Botanical Gardens (The Huntington) unveiled Kehinde Wiley’s “A Portrait of a Gentleman,” a modern-day interpretation of Thomas Gainsborough’s magnificent ... Read more »

Don’t know what to do this weekend? Tired of being at home? We’ve got you covered. This week’s list includes everything from monsters and pumpkins to mariachis and free art. ... Read more »

Congratulations are in order for Tarek El Moussa and Heather Rae Young! The “Flip or Flop” host, 40, and “Selling Sunset” realtor, 34, tied the knot Saturday night at a ... Read more »

A rock star and a former president hitting the road – if it looks like a buddy movie, well, it’s kind of become one. © CBS News springsteen-obama-interview-a-1280.jpg Driving a ... Read more »

Michael J. Fox Jokes About the Benefits of Being an Empty Nester with Wife Tracy Pollan: 'We Get More Food'

© Provided by People Noam Galai/Getty Michael J. Fox jokes about what it’s like to be an empty nester since he and wife Tracy Pollan’s youngest daughter Esme, 19, went ... Read more »

A mural presents a new image for one Ohio city

Toledo, Ohio is known for a few things, like glass products, the Mudhens, and maybe that song by John Denver: © CBS News toledo-mural-native-american-portrait-1280.jpg Saturday night in Toledo, Ohio is ... Read more »

The long-awaited The Pussycat Dolls reunion tour is set to begin next September. According to singer Kimberly Wyatt, the previously postponed concerts will be made up from then on. The ... Read more »

The daughter of celebrity chef Gordon said she would not "tolerate" such comments from a "67-year-old man". Read more »

Why Your Group Chat Could Be Worth Millions

As we approach Halloween, the Speed Art Museum has a new exhibit that will get you in the spooky spirit. Supernatural America started Oct. 7 and explores the paranormal in ... Read more »

Amarillo Opera presents 'The Medium' for the Halloween season

Firefighter, 89, who was ‘heart and soul' of department dies after responding to crash

A New Jersey fire department is grieving the loss of an 89-year-old firefighter affectionately known as “Pop” who died Saturday morning after responding to a car crash. Nicholas Prioli suffered ... Read more »

Prince Harry's Memoir Will Put Prince Charles in the "Firing Line," According to a Royal Expert

Ever since Prince Harry announced that he was writing a memoir, reports have pretty much unanimously suggested that the royal family is not excited about it. And, according to royal ... Read more »

After a long illness, Ronald Moray passed away on Saturday evening at the age of 57. The multiple champion of magic enchanted the world with his magic, but a serious ... Read more »

Jessie J (33) is single again. The relationship between the British singer and her boyfriend Max Pham is over after seven months, Jessie said in a question session with her ... Read more »

The Pussycat Dolls return in long-awaited reunion: here they perform

The past year has brought an immense amount of joy to violist Nia Morgan. The 17-year-old junior at Leon High School says she would choose composer Antonin Dvorak’s fourth movement ... Read more »

Tragedy, marriage and new music. This is what Jesse McCartney's life looks like in 2021.

© Getty Images Tragedy, marriage and new music. This is what Jesse McCartney’s life looks like in 2021. In 2004, posters of Jesse McCartney adorned the walls of teenage girls ... Read more »

Taylor Swift teased her upcoming re-recorded album 'Red (Taylor's Version),' saying that it's 'worth the wait'

The iPod turns 20. Here's how it changed the way we think about music

Inside ‘The Phantom of the Opera' Reopening on Broadway