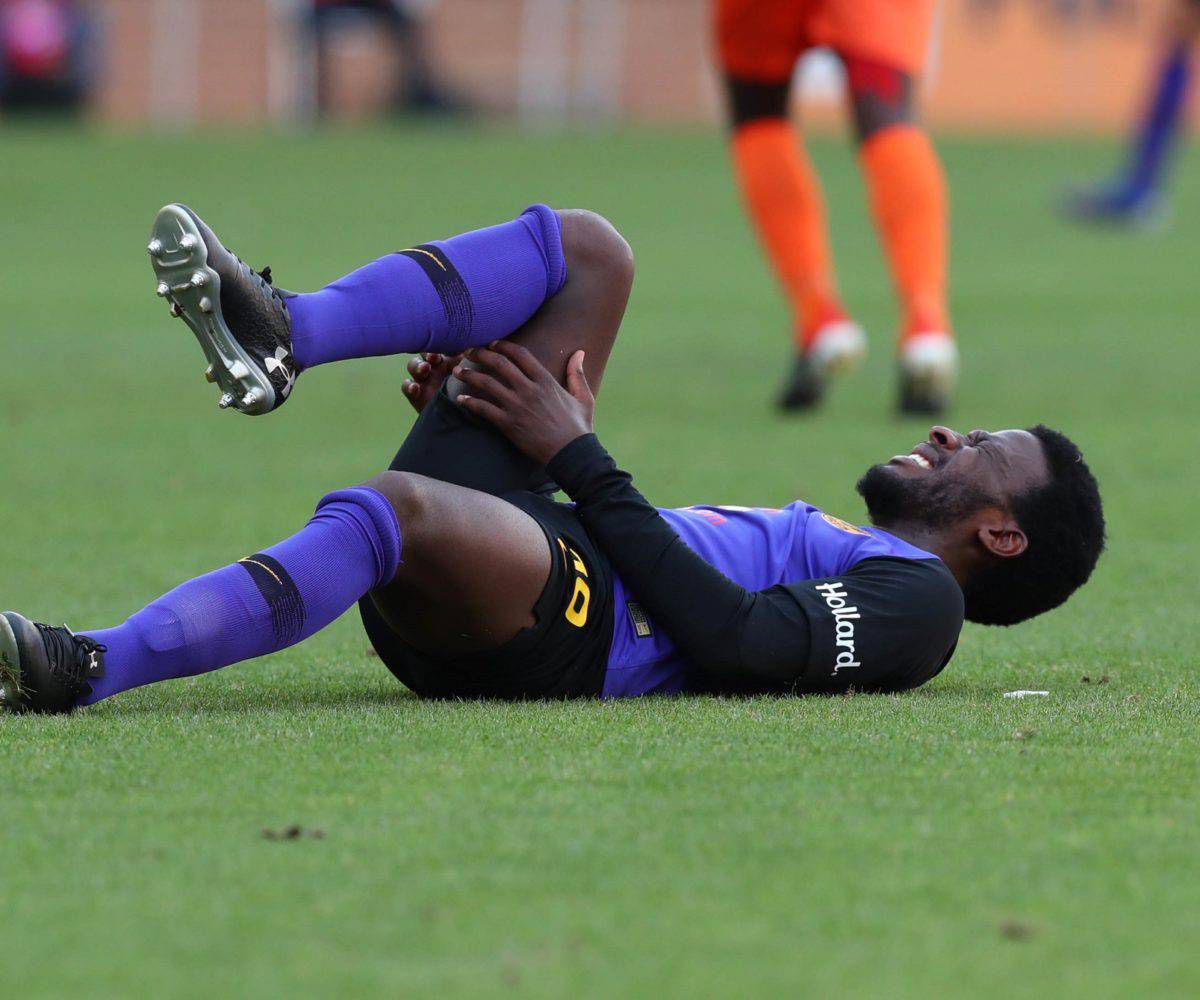 Kaizer Chiefs flop Siphelele Ntshangase, now on the books of Marumo Gallants, has finally made his debut for his new employers.

Ntshangase was supposed to make his debut for Gallants over a week ago but he was denied the chance to as he was warring the No.100 jersey.

Ntshangase had to choose any unoccupied number between 1 to 99 as per the PSL rules, and after the saga, the midfielder chose the No.26 jersey at Gallants.

He was then allowed back into the team, and came on as a second half substitute in Gallants’ 1-0 loss away to Stellenbosch on Wednesday afternoon.

In so doing, Ntshangase ended a run of 262 days without kicking a ball in a competitive match – the last time he had played was during his time with Chiefs.

Ntshangase left Chiefs in March 2021, and his final game for the Soweto giants came against Richards Bay in the Nedbank Cup in February 2021.

Rihanna Is Officially a National Hero in Newly-Independent Barbados

Premier League leaders Chelsea face the daunting task of 10 matches in December as Liverpool and Manchester City lurk closely behind in the league table. With such a tough and ... Read more »

Real ‘prioritise' Chelsea man with ‘no intention' of renewing deal

Antonio Rudiger has ‘no intention’ of renewing his Chelsea contract with Real Madrid eyeing up a move, according to reports. © PA Images Antonio Rudiger applauds the fans The German ... Read more »

Watch: Man who was kidnapped in broad daylight in Benoni RESCUED

© Provided by The South African A man who was kidnapped outside his father’s hardware franchise in Benoni earlier this month was rescued on Tuesday. A VIDEO OF HIS KIDNAPPING ... Read more »

© Provided by The South African The former Prime Minister of Lesotho Thomas Thabane was charged with the brutal 2017 murder of his estranged wife Lipolelo Thabane in a boardroom ... Read more »

© Provided by The South African As Barbados became the world’s newest republic, its prime minister’s first act was to officially declare the island’s most famous citizen, Rihanna, a national ... Read more »

2010 World Cup corruption case set down for pretrial in 2022

Bedfordview: Electricity supply to be restored within five days

© Provided by The South African Eskom said a cable theft incident has affected the Bedfordview substation and left City of Ekurhuleni customers in the supply vicinity without electricity. The ... Read more »

© Nkosikhona Duma/Eyewitness News. Former eThekwini Mayor Zandile Gumede and 21 others appeared in the Durban Commercial Crimes Court on 23 March 2021. Their case has been transferred to the ... Read more »

© Provided by Independent Online (IOL) Rihanna has been declared a national hero by her native Barbados, following their decision to become a Republic. The ‘Umbrella’ hitmaker, 33, was honoured ... Read more »

© Provided by The South African Soap actress Rami Chuene had quite a bit to get off her chest on Tuesday morning, 30 November, and called out an unidentified homeowner ... Read more »

In the span of two days, the head coaches of two of the biggest college football programs in America have jumped ship, wooed by even greater challenges — and the ... Read more »

Cardiff are set to return to the United Kingdom on Thursday having been stranded in South Africa after the cancellation of their matches in the United Rugby Championship. The Welsh ... Read more »

After removing Kemba Walker from their rotation on Monday, the Knicks have received inquiries from three teams asking about potential trades for the point guard, sources tell Jordan Schultz of ... Read more »

'My heart is shattered': Elise Christie poised to miss Beijing 2022 Winter Olympics due to injury

© Provided by Football FanCast Liverpool-Stefan-bajcetic-premier-league-news Liverpool have had a solid start to their Premier League season with 28 points on the board from their opening 13 games, firmly placing ... Read more »

So why DO Amir Khan and Kell Brook despise each other? The Bolton fighter claimed he 'schooled Brook with ONE HAND in amateur sparring', the Sheffield man is furious at being 'ducked' and negotiations over their grudge match have been torturous

Amir Khan and Kell Brook will finally settle their rivalry on February 19 next yearAll-British scrap has been years in the making, and looked like it may not happen The fight is now on and the pair had a heated press conference on Monday So why is there so much resentment between the Sheffield and Bolton fighters?  Read more »

A guide to HIV: Top 10 facts, from prevention and treatment to a possible cure

Although a new community healthcare monitoring report notes some improvement in filling vacancies at Gauteng clinics, concerns remain over staff shortages and the impact this has on providing quality care, ... Read more »

© Photo by Catherine Ivill/Getty Images Ellen White has become England Women’s all-time record goal scorer. Just a day after being names to the top 20 players on the planet ... Read more »

© Photo by John Dorton/ISI Photos/Getty Images It appears that the offseason is starting to really take shape for FC Dallas. Earlier on Tuesday, the club announced their offseason roster ... Read more »

Over the past few weeks, San Francisco 49ers fans have been wondering why rookie quarterback Trey Lance hasn’t been playing. © Provided by The Spun Trey Lance throws a pass ... Read more »

The Browns Have Made A Decision On Jack Conklin

It’s been an injury-riddled season for Cleveland Browns right tackle Jack Conklin. After missing time with a dislocated elbow, Conklin returned to the starting lineup this past Sunday against the ... Read more »

College football is broken — always has been — but that doesn’t mean there aren’t new lows. © Provided by For The Win Brian Kelly slithering away from Notre Dame ... Read more »

With Dan Mullen out and Louisiana head coach Billy Napier on his way in, the dust at Florida has yet to settle when it comes to the program’s roster. Among ... Read more »

'What on earth are you doing?': Alan Shearer SLAMS 'crazy, stupid decision' by Ciaran Clark to pull back Teemu Pukki which led to him getting sent off just nine minutes into Newcastle's crucial clash with Norwich

New Pete Carroll quote is sure to anger Russell Wilson

With the Seattle Seahawks falling to Washington on Monday night, Pete Carroll was left with no choice but to call out Russell Wilson a bit.  © Provided by Fansided Things ... Read more »