© Channel 4 Jodie Comer has been praised for her latest performance in Help. The actress stars opposite Stephen Graham in the film.

Jodie Comer has been praised by fans for her “powerful” performance in Channel 4’s Help.

The Killing Eve star plays a young care worker named Sarah in the drama, which explored the devastating impact that coronavirus had on the care sector at the start of the pandemic, while illuminating the tireless and selfless work of carers that kept them running.

Set in a fictional Liverpool care home, the film focuses on the relationship between Sarah and Stephen Graham’s Tony, a care resident suffering from Young Onset Alzheimer, and how their lives are changed irreparably by the onset of the pandemic in spring 2020.

Writer Jack Thorne (National Treasure and His Dark Materials) created the film with the intention of it being both a love letter to the care sector, and a stark reminder of how it was neglected and overlooked during the first wave of Covid.

Viewers were moved and “broken” by the gut-wrenching drama and the performances by Comer and Graham, with some declaring the actors “national treasures.” Many also predicted that Comer will win herself a second BAFTA for Leading Actress at the awards next year.

Gallery: The best performances by child actors of all time (Espresso) 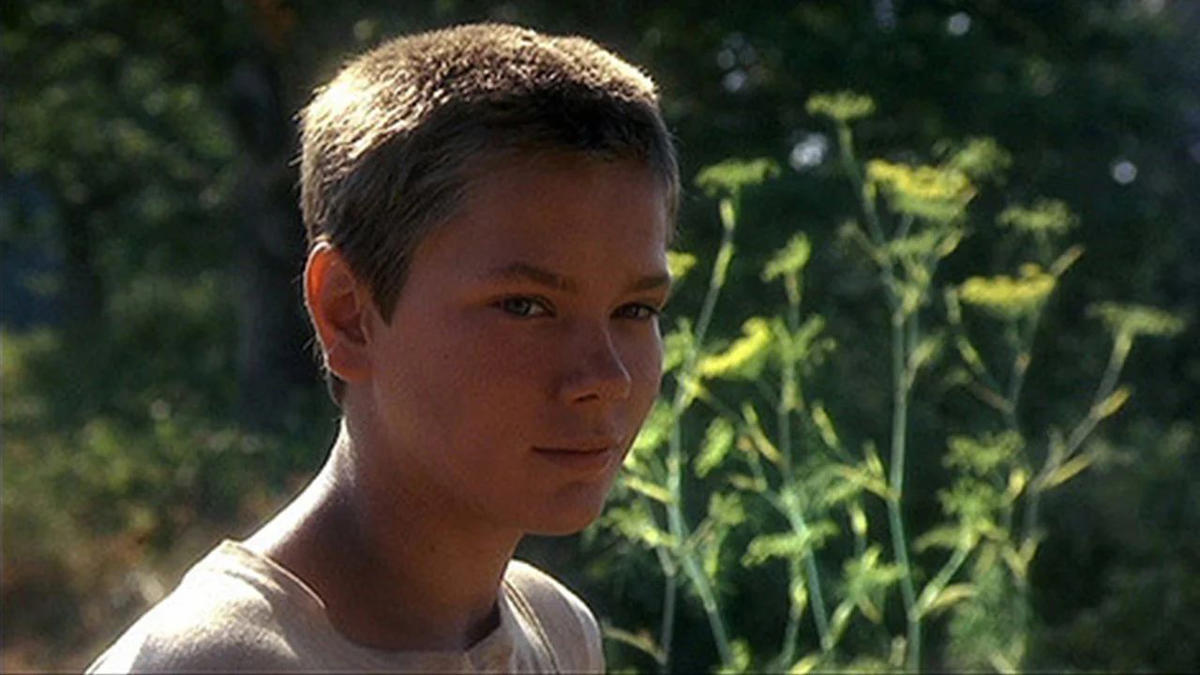 “Low-paid workers, were the backbone of the pandemic,” one fan tweeted. “Jodie Comer‘s performance was heartbreaking.”

Another added: “Stephen Graham and Jodie Comer are impeccable, two of the greatest actors this country will ever produce.”

This is an extraordinary performance from Jodie Comer.

There are no words that can do it justice.

It is truly off the scale.

Yeah so Jodie Comer and Stephen Graham need to win every award going for these performances. 👏🏻 #help pic.twitter.com/dmVUbrYkoa

AND THIS IS HOW JODIE COMER BECOMES A TWO-TIME BAFTA AWARD WINNERpic.twitter.com/QocisrieFX

help was absolutely phenomenal. if i wasn’t convinced jodie comer is the actress of our generation, i am now pic.twitter.com/uA67m3GtFV

The 28-year-old star received recognition and rapturous applause at the recent screening of her new film The Last Duel at the 2021 Venice Film Festival, with some critics already suggesting that it could earn Comer her first Oscar nomination. The medieval drama co-stars Ben Affleck, Matt Damon and Adam Driver.

Will Dwayne Johnson Join Rihanna And Kylie Jenner In The Celebrity Billionaire Club? He Shares His Thoughts

Kylie Jenner's Kylie Baby Line Is Back In Stock -- Shop the First Collection!

Teen sentenced to 75 years in death of 21-year-old

The work on hero pay begins

Governor Andy Beshear wants to use $400 million dollars from the American Rescue Plan to give a bonus to those who have continued working thorough out the pandemic. Read more »

Protesters Demand Climate Action Outside Chamber of Commerce in Washington

Demonstrators rallied outside the US Chamber of Commerce in Washington on Thursday, October 14, during a week of climate protests that began with rallies by indigenous people on Monday. This ... Read more »

The celebrated film and stage director Sam Mendes tonight tests the post-Covid viability of a new Broadway with The Lehman Trilogy, the story of the financial family dynasty that crashed ... Read more »

A Waffle House employee allegedly pulled a gun on a male customer to quiet him down Wednesday after she said he was smothering her, authorities said. Officers were called to ... Read more »

Protesters marched in Washington to rally for climate action on Friday, October 15, the concluding day of a week of demonstrations demanding a stop to fossil-fuel projects. This footage filmed ... Read more »

Environmental protesters gathered in Washington on Friday, October 15, for the fifth day in a row, demanding a stop to fossil-fuel projects and asking that President Joe Biden declare a ... Read more »

© Provided by Daily Mail MailOnline logo The chairman of the Financial Conduct Authority (FCA) has announced plans to step down from his role amid tensions among staff over pay ... Read more »

Boris Johnson is to host an intimate dinner with some of the world’s most powerful executives including Bill Gates and JP Morgan boss Jamie Dimon, as he seeks to establish ... Read more »

Zach Ertz knew Eagles were going to trade him before loss to Buccaneers?

It was believed throughout the spring and summer months that the Philadelphia Eagles would trade three-time Pro Bowl tight end Zach Ertz before the start of the season, but no ... Read more »

The Dodgers and Braves meet again in the NLCS. Which team should you wager on? We hope you checked your swing (sorry, Wilmer Flores). The Dodgers took down the Giants ... Read more »

© Provided by The Daily Beast DCI Kenya A man described by Kenyan authorities as a “bloodthirsty vampire” who allegedly killed at least ten children, in some cases by sucking ... Read more »

A website administrator that many consider to be behind the QAnon conspiracy movement that fired up supporters of Donald Trump has announced he will run for a Republican seat in ... Read more »

A convicted arsonist caught with a mobile phone in jail snapped it in half before handing it over to officers because of “prison politics,” a court heard. Paul Crosby (26), ... Read more »

TWO men were found with a loaded handgun in a bag in the middle of the day outside a busy Dublin shopping centre after an off-duty garda spotted them running ... Read more »

© Provided by The Times of India LONDON: A Bhupen Khakhar oil painting titled “Krishna Hotel” depicting ordinary Indians having snacks and chai on battered-looking café tables, which has not ... Read more »

© Provided by Football League World Vaulks Cardiff City switched to a back four and put in a much improved performance against Reading last time out before the international break. ... Read more »

© Provided by Hindustan Times The victim, Sagar Naik, 45, who hailed from Anjuna, worked as a parking attendant at the parking lot at the entrance to Goa’s famous Anjuna ... Read more »

Unicorn diaries: How to make a billion

According to Nasscom, India gained 28 new unicorns—start-ups valued at $1 billion or more—in the first nine months of 2021, taking the total to 66. These firms have a combined ... Read more »

Former Manchester City and England striker Trevor Sinclair has backed Raheem Sterling’s decision to go public with his willingness to leave the club. Opportunities have been less frequent than what ... Read more »

“Little People, Big World” stars Tori and Zach Roloff shelled out nearly $1 million for a new Washington house — bringing rumors that they might be leaving the TLC show. ... Read more »

Former Aston Villa striker Gabriel Agbonlahor has suggested Ivan Toney as a potential transfer option for his old club. Toney has emerged as one of the top English strikers in ... Read more »

Fancy a punt this weekend? Our tipster Jones Knows is in red hot form and is advising his followers to back a 14/1 treble this weekend. How did we do ... Read more »

Oct. 15—TUPELO — Nettie Davis, a longtime member of the Tupelo City Council, and Charles Penson, a leader in the local Democratic Party, have pleaded not guilty to misdemeanor charges ... Read more »

Pedro Martinez never felt worse than the moment in the 2003 ALCS when he threw New York Yankees bench coach Don Zimmer to the ground during a dugout-clearing brawl. It’s ... Read more »

Oct. 15—BECKER — An Oct. 12 pursuit involving the Monroe County Sheriff's Office led to multiple charges for a repeat offender with a criminal history of stolen property and narcotics. ... Read more »

New Zealand government wizard fired over joke about hitting women: ‘I don't like being canceled'

Ian Brackenbury Channell has been known as the Wizard of Christchurch since 1998. Getty Images New Zealand’s government wizard is going to wish there was a spell to get rid ... Read more »

Man shot dead by police was not a danger to anyone, family says after inquest

There was nothing to suggest a “confused and frightened” man who was shot dead by police “was aggressive or a danger to anyone on that day”, his family said after ... Read more »

A WOMAN was left horrified when she realised how dirty her washing machine really was after popping in a dishwasher tablet for the first time. TikTok user @jojo_con82 said she ... Read more »

I had my baby in a petrol station loo – I was sure I could hold it in, but 10 minutes later my son popped out

Washington Man Allegedly Threw Newborn Son ‘Like a Football,' Tortured the 5-Week-Old to Death Because He ‘No Longer Cared'

Good News: Ford and GM Are Competing on EV Investments

'Married... With Children' star Katey Sagal hospitalized after being hit by car

Ready for battle or ready for bed? New goggles can tell when soldiers need a rest

£13k-p/w Rangers dud must be axed by Gerrard vs Hearts, he's a liability - opinion