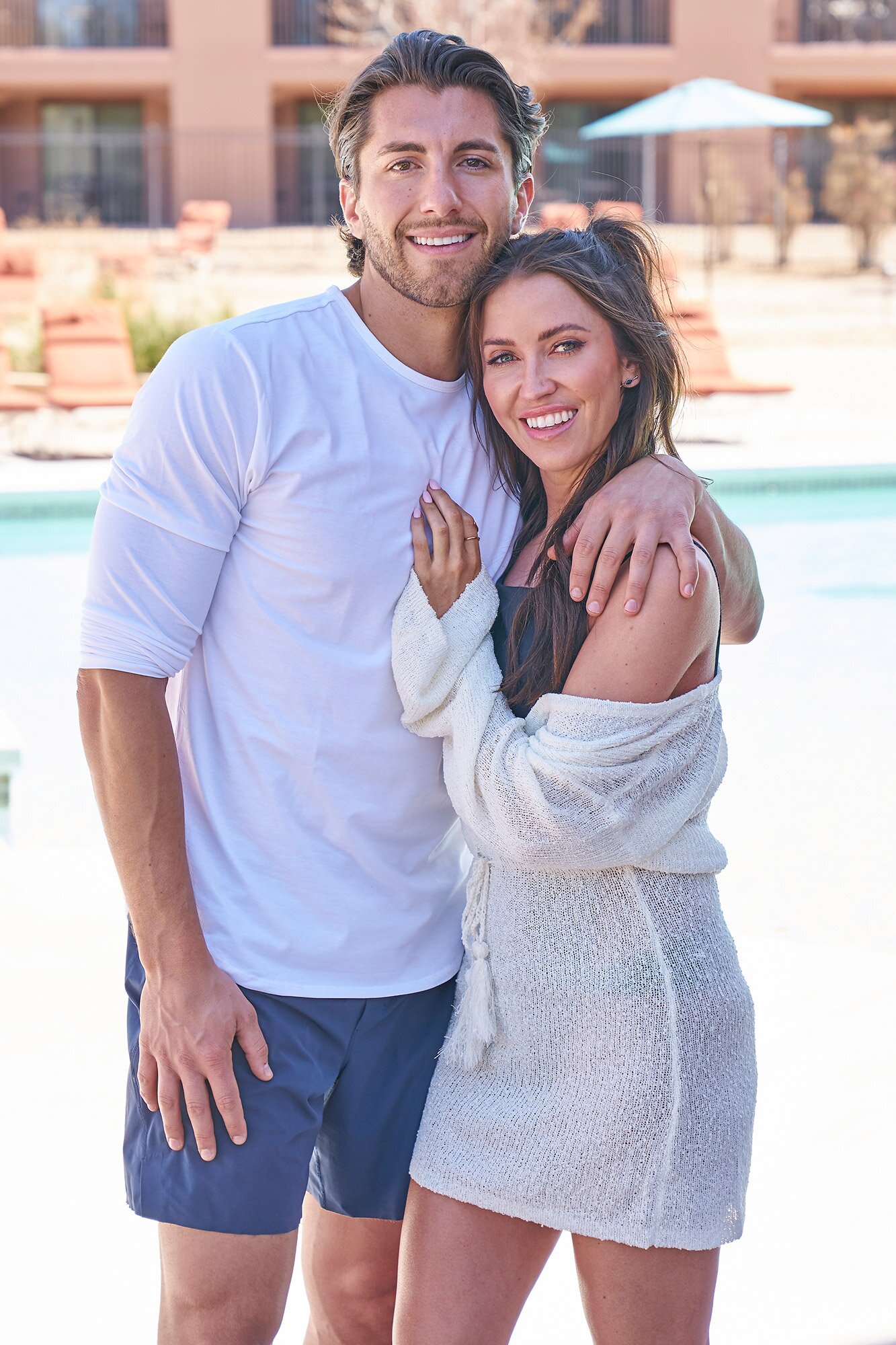 Jason Tartick and Kaitlyn Bristowe are planning to go back in time when they get married.

While chatting with PEOPLE at the 25th anniversary bash for the Mohegan Sun hotel and casino in Uncasville, Connecticut, on Saturday evening, Tartick, 33, explained that he and his fiancée, 36, have a theme in mind for their upcoming nuptials.

“I think we’re going to go, I think the look of it, very Great Gatsby,” the Bachelor Nation star tells PEOPLE exclusively. 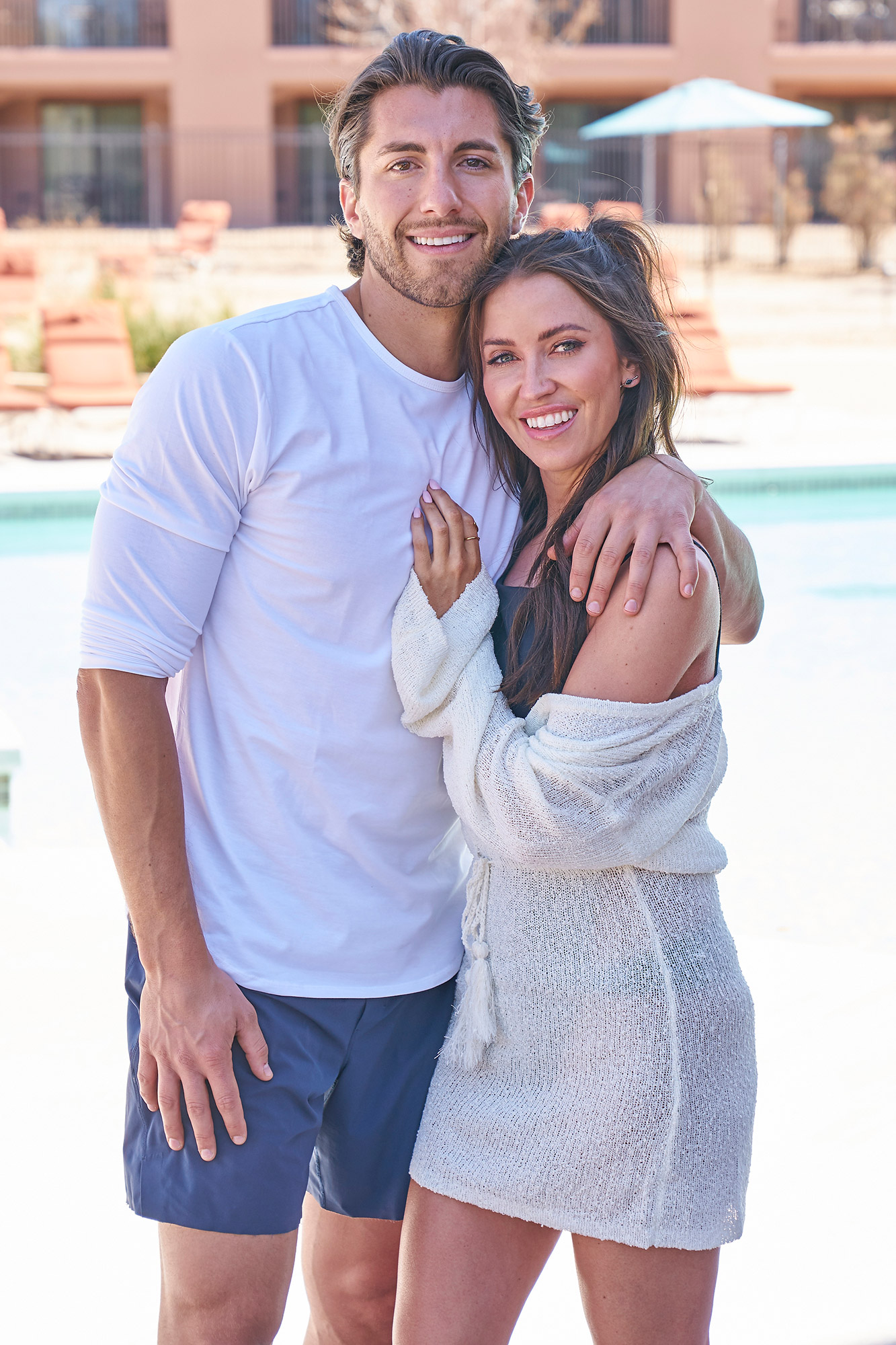 “But the energy of it is going to be, like, Off The Vine live tour energy,” the former corporate banker adds, referencing Bristowe’s popular podcast.

Tartick and Bristowe got engaged back in May while recording an episode of Bristowe’s podcast. At the time, the former Bachelorette was told she would be interviewing a special guest, only to be surprised by a proposal.

“It was everything I could have asked for,” Bristowe told Entertainment Tonight after Tartick popped the question. “The words that came out of his mouth were insanely beautiful. We’ve never locked eyes like that in our lives. We were holding hands, so intense, and I was listening to his every word, but still blacked out.”

Bristowe, who was the star of The Bachelorette‘s 11th season in 2015, went public with her relationship with Tartick in January 2019, two months after she announced her split from fiancé Shawn Booth. Tartick, a fellow franchise alum, made it to the final three on Becca Kufrin‘s season of The Bachelorette in 2018.

The couple, who met on Bristowe’s podcast, announced in May 2019 that they were taking their relationship to the next step by moving in together in Nashville with their rescue pup. “We’re at the next step in our relationship where we want to grow even more and we can’t do that long distance,” Bristowe said on Off The Vine at the time. “Cheers to new roommates! I can’t wait to see what things you do that drive me nuts.”

Earlier this year, Tartick told PEOPLE that he and his fiancée were still on cloud nine following the proposal. “The engagement high is still a high!” Tartick said in July. “It still seems surreal in the best way possible.”

Tartick also added then that wedding plans were already underway as well. “The process has started,” he explained. “We are full speed ahead which is so exciting. And we’re both so excited about the next steps of our lives.”

Alongside Tartick, another Bachelor Nation couple also chatted with PEOPLE about their love story while at the Mohegan Sun 25th anniversary event — Joe Amabile and Serena Pitt.

Amabile, 34, and Pitt, 23, who got engaged during the Bachelor in Paradise finale earlier this month, stepped out at the celebration, which marked their first red carpet event as an engaged duo.

As for wedding planning, Amabile explains the pair are “just taking it slow,” and have the same attitude towards plans for the upcoming holiday season as well. “Things have been busy and we’re just starting to discuss holiday plans,” he adds.

© Provided by DNA Prime Minister Narendra Modi on Sunday addressed the nation in the 83rd edition of Mann Ki Baat, his national radio programme conducted once every month. During ... Read more »

Instead of blowing out candles on what would have been his 21st birthday, family and friends of Nathan Valencia carried them close to their hearts at a vigil that was ... Read more »

© Provided by The National Photo: Sky View Dubai Could you slide down from the 53rd floor of a high-rise ensconced within an all-glass capsule? How about walking along a ... Read more »

Are you planning to buy a new smartphone? With so many offerings in the market, it can be really confusing which device is the right pick for you. As we ... Read more »

Allu Arjun and Sneha spend quality time on Saturday, November 27. Allu Arjun and his wife Sneha Reddy are one of the most celebrated couples in South India. On Saturday ... Read more »

© Provided by Hindustan Times India’s captain Ajinkya Rahane walks back to the pavilion after his dismissal during the first Test cricket match between India and New Zealand at the ... Read more »

© Provided by Pinkvilla Vijay Deverakonda is clearly having a gala time shooting for Liger in the USA. The actor is enjoying every bit of his work and the latest ... Read more »

Taking to Twitter following the news, Mr Tice, who is leader of the Reform Party, told his 109.4k followers: “Thank God Brexit happened when it did, as new German leaders ... Read more »

Why this year's Extra.ie FAI Cup final is a great sign for Irish football

© Provided by Extra.ie We have St Patrick’s Athletic and Bohemians meeting in this year’s Extra.ie FAI Cup final and this edition has all the makings of a great one ... Read more »

The threat of heavy causalities is not enough to dissuade China from invading Taiwan, Taiwanese MP Wang Ting-yu has warned. Wang Ting-yu has stressed that Xi Jinping and the rest ... Read more »

Today in Music History for Nov. 28:   In 1902, the Quebec Symphony Orchestra gave its first concert at Tara Hall with violinist J. Alexandre Gilbert as soloist. The Quebec ... Read more »

How Manchin and Sinema's status as Senate holdouts is proving lucrative

Two Democratic senators threatening to derail Joe Biden’s agenda have been condemned by anti-corruption watchdogs for accepting a flood of money from Republican and corporate donors. Joe Manchin and Kyrsten ... Read more »

DANCING On Ice star Brendan Cole was rushed to hospital after a nasty fall during training for the ITV show. Former Strictly pro Brendan, 45, was with partner Vanessa Bauer, 24, ... Read more »

No need to panic over new variant, not enough data to show it's lethal: ICMR

Amid rising concerns over fresh cases of of the new variant Omicron, the Indian Council of Medical Research (ICMR) said that there isn’t any need to panic and advised people ... Read more »

Drivers are set to be hit with widespread enforcement of £70 fines as councils are given more power against motorists. The “moving traffic” offences local authorities will be able to ... Read more »

Swiss vote on COVID law amid sharp rise in infections

15-year-old confessed to killing his mother in Texas, police say

© Provided by The National Attendees of indoor events must show a green pass on Al Hosn. Khushnum Bhandari / The National Abu Dhabi has increased the capacity of indoor ... Read more »

Shoelaces are truly something to look into as shoes are something we all love to glare at! Here’s a list of ways you can pump up your sneakers the way ... Read more »

© Provided by MensXP Prateik Babbar is one of the most unconventional stars in Bollywood, be it the roles he takes up or his personal style.  Apart from switching up looks ... Read more »

The trailblazing Irish athlete who's just become a world champion

Headless body falls out of cannibal's car after crash