2021 is a big year for James Bond, as in just under ten days the final Daniel Craig film, No Time To Die, will be released in cinemas bringing one of the most lucrative 007 series to a close. Even more exciting news came earlier this year when MGM Studios was purchased by Amazon for a staggering $8.45 billion. On what that means for the ongoing Bond series, however, the franchise bosses aren’t quite sure.

Bond boss Barbara Broccoli revealed she “doesn’t know” where the franchise is going to go next. (Sunday Times Culture Magazine Via Female First).

She explained: “The truth is we don’t know. Until the deal is approved and we are able to get into deep discussions with them we don’t know.

“At the moment we’re not really any more enlightened about what they want to do and how they see things and how we fit in.”

In recent years Amazon has been pushing their Amazon Prime Video TV shows, sparking suggestions that perhaps a Bond TV series could be on the horizon.

This outcome, Barbara revealed, is something she hopes does not happen. 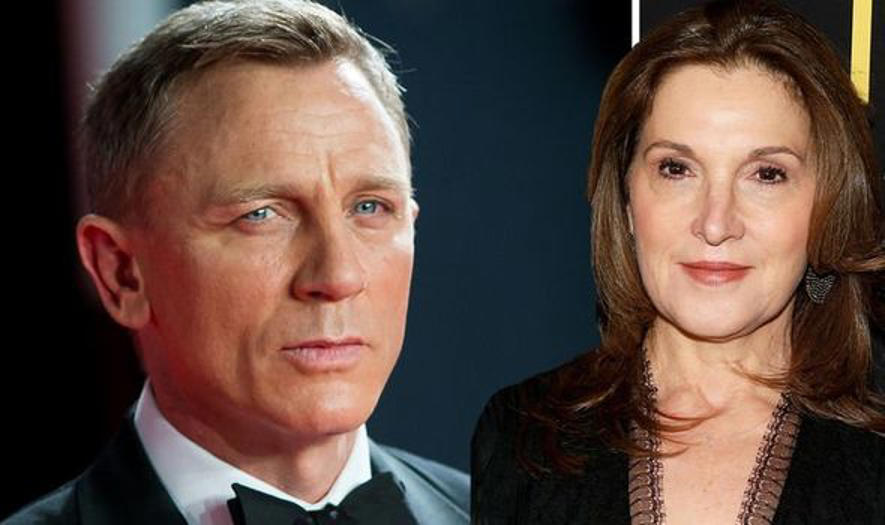 Barbara said: “We’re hoping that they are going to want a strong theatrical line-up.

“Let us hope that’s the case, but we won’t know until later this year – or next year – what the plans are.”

She added that, thus far, MGM Studios have avoided making any kind of TV show adaptation set in the Bond universe, but based on another character. 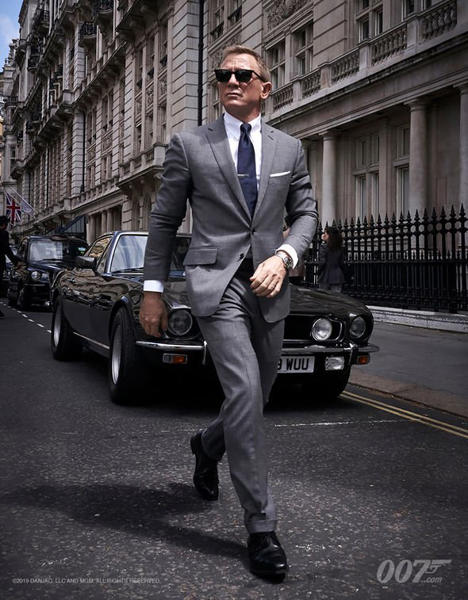 Barbara continued: “We haven’t done that because, for us, Bond is the character – it would be like doing Hamlet without Hamlet.

“We’ve been interested in making Bond films and they take a long time to make and a lot goes into them. That’s why they’ve survived almost 60 years.

“We’ll see what the future brings, but who knows?”

Earlier this week Barbara also spoke candidly about the next actor who could portray James Bond.

A lot of debate has been had about the next potential star of the 007 series.

Currently, the top of the odds from Ladbrokes is Regé-Jean Page, who is best known for playing the Duke of Hastings in Bridgerton, with 6/4.

But the Netflix star is closely followed by Venom actor Tom Hardy, who has a powerful 5/2.

Barbara explained that, after Craig’s time as Bond, things will change for the character’s future.

Barbara said: “Daniel’s made an indelible impression, so it’s inevitable that what he brought will be, in some way, incorporated.

“We don’t have any frontrunners – we haven’t even thought about it – but whoever it is will take on the role and adapt the character to their personality. It’s always been the case.”

Macron to participate in commemorations of Paris Algeria protest massacre

Dorothy Steel, Black Panther actor, dies at the age of 95

Side Pony rides out pandemic with new musical purpose

The Charlatans' Tim Burgess on marking 31 years, his famous Twitter listening parties, and finding lost songs at his mum's

Sky News catches up with The Charlatans frontman Tim Burgess as the band celebrates 31 years since the release of debut album Some Friendly - and he gets ready to mark his 1,000 Twitter listening party. Read more »

MYRTLE BEACH, S.C. (WMBF) – The Myrtle Beach Jazz Festival made its way back to the Grand Strand on Friday, after being one of many events canceled last year due ... Read more »

Why Drake Actually Threatened Legal Action Over His Degrassi: The Next Generation Character

Millions of people know Drake as a dominant force in music and pop culture. But before he was one of rap’s biggest stars, Millennials and Gen Z knew him as ... Read more »

© Provided by People Kevin Mazur/Getty Britney Spears Britney Spears is already getting into the holiday spirt. On Friday, the 39-year-old pop star shared a photo of a Christmas tree ... Read more »

© Provided by DNA Bollywood actress Shilpa Shetty and her entrepreneur husband Raj Kundra were recently in news after the latter’s arrest in a pornography case. Amongst many whose statement ... Read more »

Bigg Boss 15, Day 13, Twitter Reactions: 'You should be ashamed of yourself' Netizens slam Afsana Khan for her ‘disgusting' behaviour; demand Bigg Boss to throw her out

© Provided by BollywoodLife.com Afsana Khan has finally entered the house after a lot of stories about her running away. Bigg Boss 15 saw a hectic day today. The task ... Read more »

After two killings in five years, we must get serious about MPs' security

© Provided by The Guardian Photograph: Andrew Couldridge/Reuters I’m in shock. So is every MP. It feels like Jo Cox’s murder was only moments ago. Many of us cried to ... Read more »

How to Play Poker Online

Poker is a card game that is played by betting and bluffing. This is a recreational activity, with players playing solo or in groups, with poker being one of the ... Read more »

© Provided by GamesRadar Epic Games For a limited time, Epic Games is giving away $10 coupons to anyone who signs up for the company’s email and alerts program.  From ... Read more »

© Provided by Daily Mail MailOnline logo The stars stepped out in style for The Everest at Sydney’s Royal Randwick Racecourse on Saturday. It’s the first major celebrity event to ... Read more »

Shoojit Sircar on showing Udham Singh drinking alcohol: ‘He was a young man in London'

© Provided by DNA Urvashi Rautela is considered to be one of the boldest and gorgeous actresses in the industry. The damsel has been grabbing headlines ever since she first ... Read more »

As of press time, more than 30 local celebrities from showbiz have filed their Certificate of Candidacy for local and national posts for the coming 2022 election. Topping the list ... Read more »

© Provided by Daily Mail MailOnline logo Sir Michael Caine announced in an interview this week that he is probably retiring from acting now at the age of 88. The ... Read more »

Friday night seemed to be quite a busy one in Bollywood as many stars stepped out with their friends and family for the evening and many were snapped by the ... Read more »

© Provided by BollywoodLife.com It’s time to have a dekko at the TV Newsmakers of the past week. In the blink of an eye, another week went by and SO ... Read more »

In music video, Hawaii singer tells her own domestic violence story in hopes of freeing others

HONOLULU (HawaiiNewsNow) – Recording artist Rachel Cruz can sing other people’s songs, but she’s at her best when she bares her soul. © Provided by Honolulu KHNL Singer/songwriter Rachel Cruz ... Read more »

Why Britney Spears says she is celebrating Christmas early this year

Britney Spears says she is celebrating Christmas early this year because “why not?” © Associated Press Britney Spears could regain control over her affairs in the next few months. Pic: ... Read more »

Moments of magic that capture mood of nation: Send us your pictures for our 2022 calendar

It is my pleasure to invite you, the reader, to be part of the 2022 Irish Independent Calendar. Every year, our calendar showcases the cream of the crop of pictures ... Read more »

Britney Spears: Why pop singer says she is celebrating Christmas early this year

The conservatorship that has controlled the singer's affairs could be dissolved by the end of the year. Read more »

Dorothy Steel, an actress in Black Panther, has died. She was 95. Steel’s agent Cindy Butler shared the news via an announcement on Facebook, writing that Steel died on Friday morning ... Read more »

© Provided by CinemaBlend Indiana Jones in Raiders of the Lost Ark Indiana Jones 5 is currently in production, and after suffering an injury on set, Indiana Jones himself, Harrison ... Read more »

© Provided by WhatToWatch AJ Odudu and Kai Widdrington impress with their jive. On TV tonight, get ready for another fabulous episode of Strictly Come Dancing on BBC1, a new ... Read more »

© ET Britney Spears is getting real about the end of her conservatorship. The singer expressed that while she has “waited so long to be free,” she has concerns about ... Read more »

© Provided by People David Livingston/Getty Katey Sagal is recovering after she was hit by a car in Los Angeles on Thursday. The Golden Globe winner, 67, is even dusting ... Read more »

Jack Whitehall: I once accidentally sent pictures of my bum to a university professor

© Bang Showbiz Jack Whitehall Jack Whitehall once accidentally sent a photo of his rash to a university lecturer. The 33-year-old actor and comedian developed a “rather nasty rash” on ... Read more »

Darren Criss is set to be a dad!

We have in Santa Monica, in America, throughout the climate-catastrophizing developed world, a pleasure problem we dare not address. Sure, we have to find solutions. But must we give up ... Read more »

ANCHORAGE, Alaska (KTUU) – The annual Alaska Federation of Natives convention will be completely virtual for the second year in a row, due to the ongoing COVID-19 pandemic, the organization ... Read more »

Britney Spears In her latest Instagram post, Britney Spears is opening up to fans about the double-edged sword of her looming freedom. Even though she’s still fighting to end the ... Read more »

Jake Gyllenhaal wanted to shoot The Guilty in five days

© Provided by Cover Media Jake Gyllenhaal Jake Gyllenhaal initially set himself the goal of shooting in The Guilty in five days. In the new Netflix film, based on the ... Read more »

We are back to pinning hopes on vaccines to get us out of the current pandemic trough. This time the demand is for booster shots – but for many, they ... Read more »

© Bang Showbiz Kyle Richards Kyle Richards says acting is her “first love”. The ‘Real Housewives of Beverly Hills’ star recently made a return to acting when she reprised her ... Read more »

Significant doubts have been cast on plans to lift the majority of the remaining Covid-19 restrictions next Friday after public health officials sounded the alarm over rising virus numbers. Only ... Read more »

13 fabulous winter coats to buy before the cold snap arrives

Hotel Camiral Review: The perfect mix of five-star wellness and golf in Girona

Jennifer Coolidge to Reprise Her Role as Fan Favorite Tanya on HBO's The White Lotus: Reports

Tonight on TV: Heel Holland Bakt Kids, In the footsteps of reconstruction and Grace

Mira Rajput shares videos from Maldives vacation, asks ‘Where are the kids?'

Samantha signs yet another bilingual film after split with Naga Chaitanya. Read details