He punched holes in the air, he hugged his coaches blue and then he smothered any player within reach. If Ralph Hasenhuttl’s reaction taught us anything on Saturday evening, it is that a draw against Manchester City feels as good as a win.

As well it might. Pep Guardiola’s bunch had won 12 straight games, stretching back to October, so good on Southampton. They pressed City so hard they almost made oil, and they cut through the backline so often that it was a draw well deserved.

Now consider this — City have dropped only 12 points this season. Four of those have come in draws with Southampton, so a third of the damage sustained across 23 games has been inflicted by one team.


If the rest of the division could chip in once in a while, we might not be staring at such a canyon to second place.

But at least there is a glimmer of hope for the chasers now, and indeed a reminder that City have minor fallibilities — even if Guardiola did take certain liberties with his assessment of how it played out.

‘All of you judge the result, I try to judge the performance,’ he said. ‘If you believe every game we have to win 5-0, 6-0, I’m sorry, it doesn’t work like this. It was an excellent performance.’

That felt excessive. They dominated possession and by the close had swamped the chance count, but there was a blueprint for others in how Southampton repeatedly pressed City into errors in the first half.

No team suffocates quite so effectively as Hasenhuttl’s side, and at its best it is not dissimilar to Tottenham in the better days under Mauricio Pochettino. Bigger clubs are getting far less out of far more. 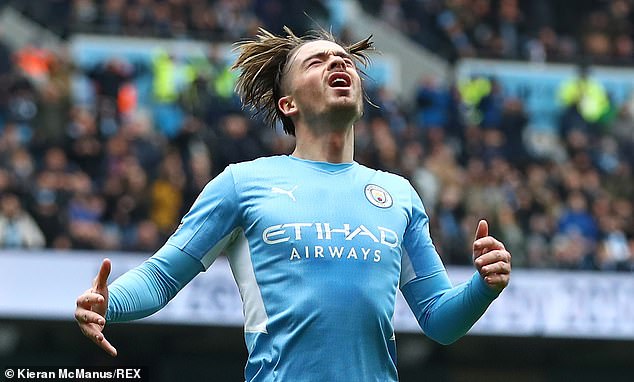 For City, if there is a need for an inquisition, then it will return to the form of Jack Grealish

If there was a regret, it was in failing to better use the possession they regained. Southampton regularly found space behind City’s galloping full backs — another slither of a vulnerability — but didn’t capitalise beyond the fine goal scored by Kyle Walker-Peters.

On balance, though, they didn’t deserve to win. How could they when City out-shot them 20-7, including the equaliser by Aymeric Laporte?

For City, if there is a need for an inquisition on the back of a mere draw, then it will perhaps return to the form of Jack Grealish.


He still looks lost as a central attacker, both unsure of where to go and too easily smothered in possession, often by the excellent Mohammed Salisu.

His decision after the match to seek out Oriol Romeu for firm words carried the risk of a misadventure on an evening of many others.

It is possibly telling of a player low on confidence that Guardiola was so wildly enthusiastic in his praise of what seemed a mediocre performance. 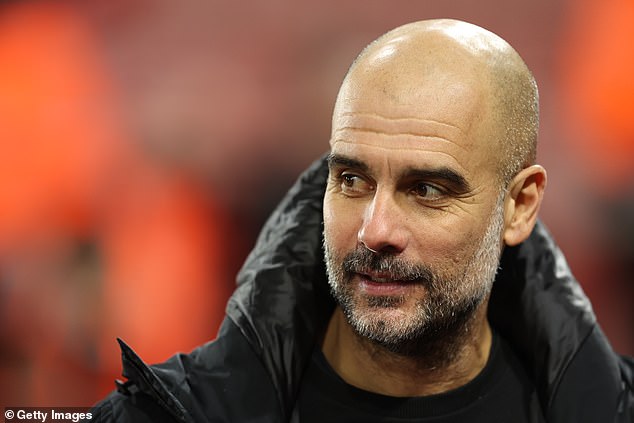 ‘The best game he has played since he has been with us, by far,’ he said. ‘This was an exceptional performance. I’m talking about when he has the ball, what he has to do.

‘At Aston Villa he played wide and after, he moved wherever he wants and came inside. I think he’s the perfect player to play between the lines. He’s so aggressive, he makes incredible runs, he dropped the Southampton team to the by-line.

‘He played really well. I’m so satisfied for the performance Jack has done.’

If Grealish had attacked half as well as Guardiola defended, that winning run would be ongoing.