I’ve spent the better part of this recent lockdown revisiting a lot of my favourite comics that I haven’t read in a hot minute. Last week I read through Scott Pilgrim, and for something I haven’t touched in a fair few years, I’m surprised by how well it holds up.

Created by cartoonist Bryan Lee O’Malley and released as six graphic novels from 2004 to 2010, Scott Pilgrim is a comic series that asks a simple question: what if you had to physically fight someone’s seven evil exes just so you can date them?

That’s more or less Scott Pilgrim in a nutshell. It’s one of the biggest comics of the last two decades, a fun slice-of-life comic series that also happens to be the child of Street Fighter games and shonen manga.

Scott Pilgrim would go on to be adapted as an underrated movie directed by Edgar Wright, an amazing videogame, and, most recently, a board game. If your only point of reference for the series is those adaptations, you really should check out the original comics.

Gallery: The most visually pleasing TV shows in history (Espresso) 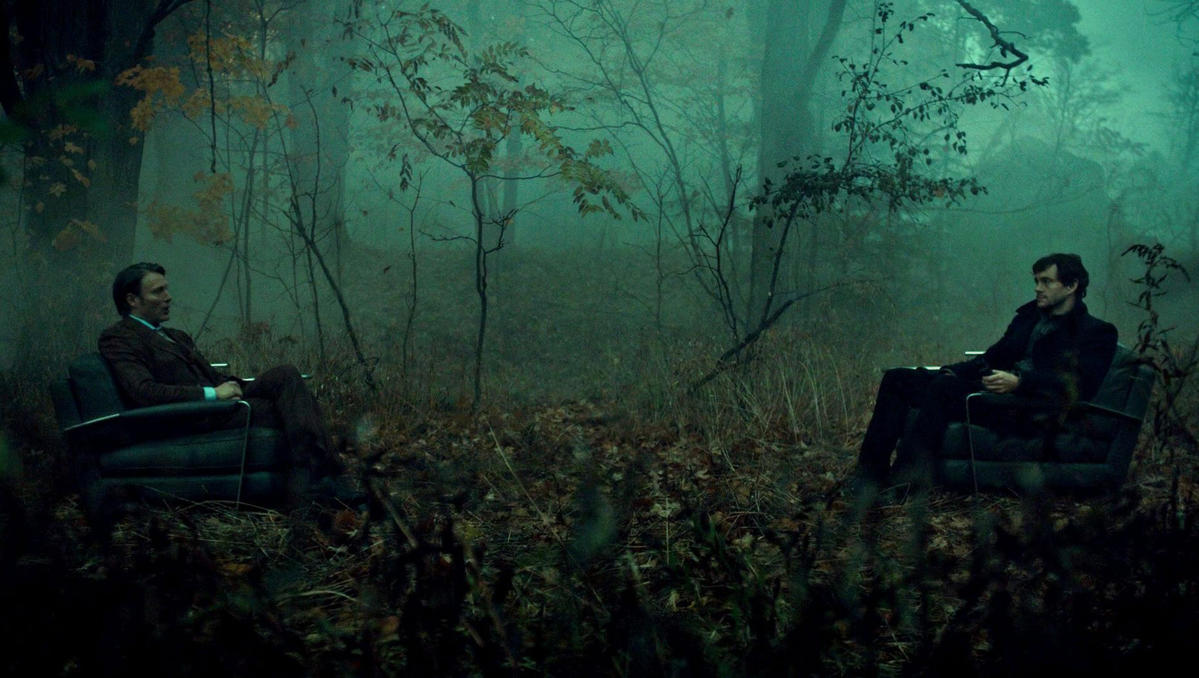 There’s a lot to love about Scott Pilgrim. Watching O’Malley’s art evolve across volumes is a treat to watch, and his writing is laugh-out-loud funny at points. But underneath its aesthetic of retro videogame references and shonen-inspired art, Scott Pilgrim is a romance comic about toxic relationships, along with flawed characters acknowledging their insecurities and attempting to grow as people.

As much as the series is about Scott trying to win Ramona Flowers’ love by fighting her evil exes, it’s also about a self-absorbed man-child learning how to break his own cycle of immaturity, learn some responsibility and become a better person. It’s also also about headbutting a dude so hard that he explodes into a handful of coins.

The End Of Scott Pilgrim

The Colour Collection is the third time the series has been repackaged. There are the original six black-and-white graphic novels, which were then re-released individually in full-colour hardcovers, and then recollected as the three two-in-one volumes that are in this set.

If you’ve only ever read the series in black-and-white, these colour editions look fantastic. For a comic that already has such high energy about it, the vibrancy of these coloured versions really cranks it up to the next level. If there was ever an excuse to double-dip on something you already own, it’s this.

These volumes are missing most of the backmatter and bonus content from the individual colour editions, but I’m guessing that you probably already have those if you consider yourself a completionist.

You can pick up the Scott Pilgrim Colour Collection box set here. It’ll be shipping from the US, but it’s well worth the wait.

Paul McCartney blames John Lennon for breaking up The Beatles: 'I wanted it to continue'

Sevyn Streeter Breaks Down ‘Drunken Wordz Sober Thoughtz' Album: “We're Under The Influence Of A Sh*t Ton Of Emotions”

Surprise pandemic hit and now talk of a new series, Sopranos is still the boss

This Week In Black Love: Megan And Pardi Celebrate Their First Anniversary, Snoop And Shante Two-Step And More

Who is Alec Baldwin? The colourful life of the Hollywood actor and father-of-seven

Famous for more than three decades, the actor is known for Hollywood roles and personal drama - from a voicemail he left his daughter Ireland in 2007 to his impressions of former president Donald Trump. Read more »

© Provided by The Financial Express With a staggering 94% of gaming activity being conducted on mobile phones as estimated by KPMG, India is a predominantly mobile first gaming market. ... Read more »

© Astrofame Scorpio You are already a very sensitive person most of the time, even if sometimes you try not to be. But this month, the planets may increase your ... Read more »

From Get Up, Stand Up! The Bob Marley Musical to Succession, we review the best of this week's culture

Book tickets to… Get Up, Stand Up! The Bob Marley Musical In a blaze of bright colour, supernova energy, sweet melodies and throbbing beats, this hotly anticipated Bob Marley musical ... Read more »

Día De Los Muertos Celebrations and Others Return To LA

Polish video game developer CD Projekt SA said Wednesday it’s delaying the next-generation versions of Cyberpunk 2077 and The Witcher 3 for the newest consoles until next year.  After a ... Read more »

A young boy celebrating his birthday got the experience of a lifetime at Friday night’s Coldplay concert at Climate Pledge Arena in Seattle.  © Provided by KING-TV Seattle After the ... Read more »

Elton John Says He Needs 'to Be with' His Family After Farewell Tour: 'I've Had Enough Applause'

© Provided by People Global Citizen/Youtube Elton John is getting ready to hit the Yellow Brick Road one last time, and then go home to be with his family. The ... Read more »

Review: At the Pittsburgh Symphony, a formidable pianist surprises with a severe Grieg concerto

Blessed be the pianist that still finds a way to startle and delight even with a staple of the pianistic repertoire. © Provided by Pittsburgh Post-Gazette At Friday’s Pittsburgh Symphony ... Read more »

HAVRE DE GRACE, MD — Those who go to the Havre de Grace Art Show this weekend can be part of the art. An interactive art project is one of ... Read more »

East Hartford has a second community mural in the works, and it’s all to create inclusion, diversity, and equity through public art. The town’s Black Caucus, mayor’s office, RiseUP and ... Read more »

Christian music’s mainstays — as well as several new faces — had a winning night at the 2021 GMA Dove Awards. After a socially distanced ceremony in 2020, the Nashville-based ... Read more »

Happy Saturday, people of Grand Rapids! Let’s get you all caught up to start today off on an informed note. © Provided by Patch First, today’s weather: Partial sunshine. High: ... Read more »

With Halloween just around the corner, we’ll soon be bidding October adieu to welcome even chillier nights and possibly some, dare we say it, snow. Before that happens, there are tons of ... Read more »

The Tennessean article “‘Tipping point’: Nashville leaders, businesses spar over Lower Broadway’s future” was well written, but I feel that although they are an abomination in my view, the pedal ... Read more »

for King and Country Unity and joy led the evening during this year’s GMA Dove Awards, with uplifting performances from CAIN, Lauren Daigle, Natalie Grant, KB, We The Kingdom, CeCe ... Read more »

Oct. 22—If Boise country concerts aren’t cutting it for you, point your pickup toward Emmett. Rodney Atkins is on the way. The ball-cap-wearing singer will return to the Treasure Valley ... Read more »

Defining 'Andersonian': Inside the music of Wes Anderson's 'The French Dispatch'

SANTA FE (REUTERS) – An on-set shooting death has reignited concern about the use of prop guns like the weapon actor Alec Baldwin discharged in the killing of cinematographer Halyna ... Read more »

Weekend Pregame: Get an early start on celebrating the 2021 Magic City Classic, Oct 22-24

The countdown to kickoff is on for the largest Historically Black College and University football game in the country. Next week, Alabama A&M University and Alabama State will face off ... Read more »

Taylor Swift We’re less than a month away from the release of Red (Taylor’s Version), and Taylor Swift is here to announce: “It’s Red Season.” In Swift’s first Instagram Reel ... Read more »

SEVENTEEN returned Friday (Oct. 22) with their ninth EP Attacca, and in a new interview with Billboard News’ Tetris Kelly, the group is opening up about their quick comeback after ... Read more »

R&B Is Very Much Alive As H.E.R.'s Lights On Fest Returns To The Bay

© Tim Mosenfelder/Getty Images for Lights On Festival Bay Area It was a perfectly sunny, slightly cool September day in northern California as Lights On Fest 2021 kicked off its ... Read more »

Ariana Grande is ‘the galaxy‘s greatest monster hunter' in Fortnite

© Provided by ¡Hola! Ariana Grande has new skins in the Fortnite universe, at least until November 1st. The singer not only has new Variants of the Arianda Grande skin. ... Read more »

© AXELLE/BAUER-GRIFFIN/MEGA lindsey-vonn-pants-sweater-boots Lindsey Vonn and Gavin DeGraw go way back, according to the alpine skier’s latest post. The Olympian posted to her Instagram page on Friday posing with the ... Read more »

Einar Award-winning 19-year-old Swedish rapper Einar was shot to death in southern Stockholm in an incident that media reports on Friday (Oct. 22) said was likely to be gang-related. The ... Read more »

There's No More Country Radio in NYC — Will It Ever Come Back?

Ida silenced a Jefferson Parish Middle School band. The storm, dealt a heavy blow to Marrero Middle School and damaged the majority of their instruments. Now, the band director is ... Read more »

© Gotham/GC Images/Getty Travis Barker and Kourtney Kardashian did exactly the thing you’d expect them to do ahead of Halloween, dress up as famously dysfunctional couple Sid Vicious and Nancy ... Read more »

El Paso R&B singer Khalid tweeted Friday that he will release a mixed tape, “Scenic Drive,” in December. As part of his tweet, Khalid shared a video that features El Paso’s Star on ... Read more »

© Provided by Patch PHOENIX, AZ — It’s almost Halloween, and shopping centers in the Valley have plenty of opportunities for some family fun and photo ops. Here is a ... Read more »

© AP / MEGA Since the first Best Supporting Actor award was given to Walter Brennan at the 9th Academy Awards ceremony in 1937, 75 men have received this honor, ... Read more »

The Atlanta Symphony Orchestra has a rich history that dates back to World War II. The organization is now making history after announcing their new music director. The symphony’s new ... Read more »

Khalid titles new EP after iconic spot in El Paso, opens up about inspiration from city

© Provided by KFOX El Paso El Paso’s very own R&B star Khalid is once again paying homage to the Sun City with the new release of his song “Present.” ... Read more »

Can't Miss Episode of the Week: ‘Queens' Premiere Is Both Fun and Relatable

Four Questions about Nashville SC with Club and Country

My Morning Jacket Reclaim Their Mantle as Retro-Rock's Top Mystics

Things to do: Belmont basking under a shimmering moon

Why did Adele divorce from ex-husband Simon Konecki? What singer has said after new single ‘Easy On Me'

Where to Buy Vinyl Records Online

Meet the dancing Witches of Dunedin

'Necessary evil': Golden Gate Park residents on why they love, hate Outside Lands