Thanks to social media, people across the country are able to notify both Royal Mail and the Post Office about potential scam threats. Either through text or email, innocent Britons receive a message which is believed to be either from the Post Office or Royal Mail notifying them that a package had been attempted to be delivered. However, many people who get these messages did not originally send for any package beforehand.

On top of this, the emails and texts ask the recipient to click on a questionable online link in order to register and pick up the package.

One Twitter user named Matthew Davies tagged the Royal Mail‘s help desk on the platform to inquire about a form of communication he received.

Mr Davies received a text message which was apparently notifying him of an undelivered parcel which he was unaware of.

DON’T MISSBritons could boost pension pot by over £1,500 per year [INSIGHT]Britons may have to wait longer for free bus pass & free prescriptions [UPDATE]Savings alert as Britons missing out on five percent returns [ANALYSIS] 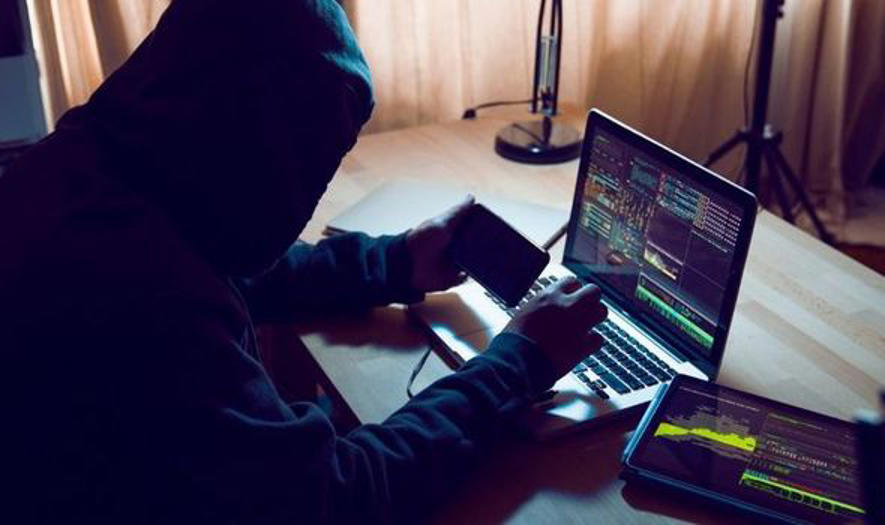 At the end of a message, a link was attached which inquired more about more information from the recipient.

In his public message, Mr Davies said: “@RoyalMailHelp is this a scam? It was sent at 00:57 this morning @PostOffice.”

Responding to the post on Twitter, both the Royal Mail’s help desk and the Post Office notified Mr Davies that he was being targeted by fraudsters.

The Post Office stated: “Hi Matthew, this is a known scam and we recommend reporting it right away.

“We’re already working with authorities on these.

“We would never contact you about a delivery, as this would be from Royal Mail only, and would generally be in the form of a card through your letterbox.”

The Royal Mail stated: “This message hasn’t been sent by us. It looks to be a scam message.

“However, as it mentions Post Office rather than Royal Mail, we’d recommend informing @PostOffice about it as we’re different companies.” 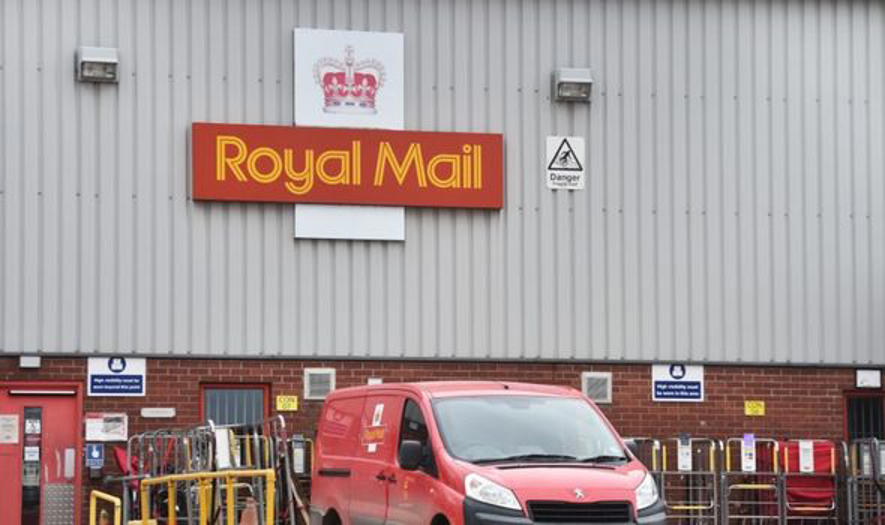 However, the Royal Mail has also been used as a front by fraudsters to scam innocent people of their hard earned cash.

Another Twitter user named Gareth Molyneux tagged the Royal Mail with an unusual message he received from a scam artist.

The text read: “Your parcel is being held due to unpaid £1.99 shipping costs.

“Pay your fees now otherwise your parcel may be returned.”

In response, the Royal Mail stated: “This isn’t one of our messages.

“We recently launched our Stamp Out Scams campaign to help customers determine genuine calls, texts and emails from ones that aren’t.”

How to avoid being scammed

On its website, the Royal Mail explains the goal of these various texting and email scams which have grown in circulation.

The postal service states: “In a scam email or text message, their goal is often to convince you to click a link (this is known as ‘phishing’).

“Once clicked, you may be sent to a dodgy website which could download viruses onto your computer, or steal your passwords and personal information.”

Royal Mail reminded the public they only send email and SMS notifications to customers in cases where the sender has requested this when using the trackable products that offer this service.

Customers are encouraged to regularly scrutinise any suspicious messages and use the Royal Main website for updates on any future scams.

Ole out, everybody out, Harlem Globetrotters & gender-neutral boots

Sudan's military takeover: Is this the end of the revolution?

Journo claims “technical” CPFC gem is a “great option” for Vieira, fans will love him – opinion

We are filmmakers who work with guns. Here's what to consider about the Alec Baldwin shooting

Dave Chappelle ‘not bending to anyone's demands' in Netflix row

© Reuters/FLORENCE LO Bottles of Australian wine are seen at a store selling imported wine in Beijing GENEVA (Reuters) – The World Trade Organization on Tuesday agreed to set up ... Read more »

Explainer-Greenwashing: deception and vague promises that do not help the environment

(Reuters) – What seems friendly to the environment but is not? Greenwashing. © Reuters/Alessandro Bianchi FILE PHOTO: A child embraces a globe shaped balloon during a rally held ahead of ... Read more »

Nicola Sturgeon ordered to get her own house in order ahead of COP26 summit in Glasgow as train chaos, rubbish in her OWN constituency, soaring hotel prices and rising Covid case numbers risk embarrassing Boris on the world stage

Israel envoy to visit US after NGOs labelled ‘terrorists'

Treasury documents have suggested that a return to home working, a key plank of Boris Johnson’s “plan B” proposal to deal with rising Covid-19 cases, would cause up to £18bn ... Read more »

© Provided by Dot Esports Virtus Pro earned a scrappy 16-14 win against paiN Gaming in the opening round of the PGL Stockholm Major today, also featuring the official debut ... Read more »

Will gold prices rise during November?

Planet found outside our galaxy for first time

© Provided by The National An artist’s rendering of the first planet candidate identified outside of our Milky Way galaxy is pictured next the M51 galaxy. Photo: Nasa A planet ... Read more »

© Provided by The Independent Molly-Mae Hague and Tommy Fury, two of the stars of ITV’s hit reality show Love Island, have reportedly suffered a burglary at their home in ... Read more »

ULEZ checker LIVE – London ultra low emission zone expansion – is your area in the zone and how much for your car?

LONDON'S pollution charge zone for older vehicles has been significantly expanded, affecting tens of thousands of motorists. Drivers of vehicles which do not comply with minimum emissions standards are being ... Read more »

© Provided by Khaleej Times UAE: Covid-hit Filipino expats may still get Dh2,100 aid for education Around 25,000 overseas Filipino workers (OFWs) from across the globe have received one-time cash ... Read more »

© GMA News A gas station attendant puts fuel on a jeepney in Quezon City on Monday, November 5, 2018. The Land Transportation and Franchising Regulatory Board will be reviewing ... Read more »

© Vladimir Zapletin/Getty Images File photo of an abandoned mansion. An urban explorer filmed the interior of a sprawling estate dating back to the 1830s. Urban explorers stumbled across a ... Read more »

(Bloomberg) — U.S. billionaires Ray Dalio and Larry Fink say they’re open to paying more tax — but only if the money was put to good use. Most Read from ... Read more »

TRS going all out stop BJP in Huzurabad bypolls in Telangana

In Telangana’s poll-bound Huzurabad, the ruling Telangana Rashtra Samiti(TRS) is going all out to stop the Bharatiya Janata Party (BJP). Ahead of the notification of polls, TRS supremo and Chief ... Read more »

Delhi govt to provide the facility of free pilgrimage to Ayodhya for Delhiites: Kejriwal

© Provided by The Statesman Delhi govt to provide the facility of free pilgrimage to Ayodhya for Delhiites: Kejriwal Delhi Chief Minister Arvind Kejriwal announced on Tuesday that his government ... Read more »

A man and a woman out for a walk on a beach in north Co Dublin on Monday evening had to be rescued after they were cut off by the ... Read more »

© BBC/AFP via Getty Images BRITAIN-TAXATION-POLITICS-ECONOMY-HEALTH LIVE – Updated at 12:26 Rishi Sunak’s 2021 Budget will include an end to the year-long public sector wage freeze imposed during the coronavirus ... Read more »

Ally McCoist could have spoken forever about Walter Smith ’s achievements in the game. After all, there were enough of them in a career that placed his former manager in ... Read more »

EastEnders star Adam Woodyatt – who plays Ian Beale – reportedly won’t be returning to the soap until mid-2022. The actor is currently preparing for his stint on I’m A ... Read more »

© Provided by Extra.ie Waning protection from the COVID-19 vaccine means that booster jabs are ‘inevitable’, an infectious disease expert has said. This comes as the Irish Nurses and Midwives ... Read more »

Voting for the 2021 winner of the Ballon d’Or closed on Monday night and while Lionel Messi looks set to win the gong for the seventh time, Mohamed Salah has ... Read more »

New rules for those flying from Dublin Airport to the United States have been revealed. The US will reopen its borders from November 8, after 18 months of strict controls ... Read more »

The Queen has carried out her first official engagements since being told to rest by doctors and spending a night in hospital. © PA Queen Elizabeth II appears on a ... Read more »

I'm sure you heard the news that Kourtney Kardashian and Travis Barker got engaged. Of course, all eyes have been on her stunning oval-shaped ring, but now I'm zeroing in ... Read more »

When the Pakistan team went head to head with India in a T-20 World Cup match at the Dubai International stadium on October 24, the odds were stacked against it. ... Read more »

Upcoming BBC legal drama set to explore the ways that prejudices, politics and the press impact the British legal system

An explosive new BBC legal drama titled Showtrial , will be making its way to our screens this Sunday to take up the famous 9pm slot. Written by novelist and ... Read more »

Video: Afghan baby girl is sold for $500 to feed her family: Desperate parents reveal they've given their daughter to a stranger 'who wants her to marry his son' - or risk their other children starving to death

Immigration arrests inside US plummet: report

Immigration arrests within the United States have plummeted to the lowest level in over 10 years, according to data The Washington Post obtained from U.S. Immigration and Customs Enforcement (ICE). ... Read more »

Revealed: 60% of Americans say oil firms are to blame for the climate crisis

Tiny Nicaragua is becoming a big problem for Joe Biden

Who are the biggest emitters of greenhouse gases?

How to VALORANT: Sentinels characters and roles explained

Snoop Dogg mourns mom's death: "An angel for a mother"