Experts from Vanguard, the investment management firm, are cautioning the British public on the potential economic reality of staggering interest rates following the pandemic. Interest rates have been a point of discussion and contention among financial experts due to the series of supply crises that have hit the UK over the last couple of months. This has been caused by a sharp increase in gas prices, which in turn is raising the costs of production for the country’s businesses and affecting the living costs for ordinary people.

On top of this, rising food prices and the worldwide issues relating to petrol are also contributing to various banks predicting an interest rate hike.

Inflation was found to have dropped slightly for the month of September this year, but this did not take into account the surge in energy prices or the petrol crisis.

Vanguard is currently forecasting inflation to peak at a higher level this year at above 4.5 percent year-on-year.

The investment firm also predicts the economic shock will last longer than many economists expect. 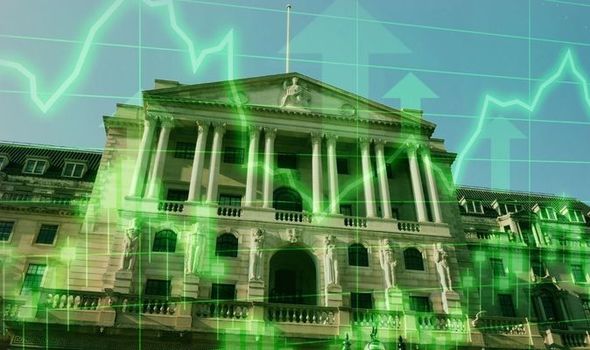 If inflation was to jump by Vanguard’s estimates, interest rates are guaranteed to see a similar jump, it’s suggested.

Shaan Raithatha, an Economist for Vanguard Europe, outlined his concerns about how the Bank of England could potentially hike interest rates despite the growing rise in living costs.

Mr Raithantha said: “Weighing all these factors together, we judge that the Bank of England will begin raising interest rates in February, bringing this forward from our previous call for a hike in the third quarter of next year.

New inheritance tax ‘get around’ becoming more popular amid Sunak Budget fears [INSIGHT]Dragons’ Den most successful failure: Man worth more than the dragons that rejected him [FEATURE]Skipton offers 3.5 percent interest rate in deal to compete with inflation [INTEREST]

“If the upcoming data shows the labour market and general activity is holding up well, the bank may even be tempted to move as early as December of this year and follow this up with another increase in February.

“We still believe, though, that monetary policy will tighten only gradually over the medium term.

“The process of interest rate normalisation looks set to begin sooner rather than later but the Bank of England will remain averse to raising interest rates too quickly, as it would risk constraining an already slowing economy that is still recovering from the effects of the pandemic.

“Also, as we previously flagged, the bar for raising the floor for interest rates significantly above 0.5 percent is now higher as quantitative easing will begin unwinding. 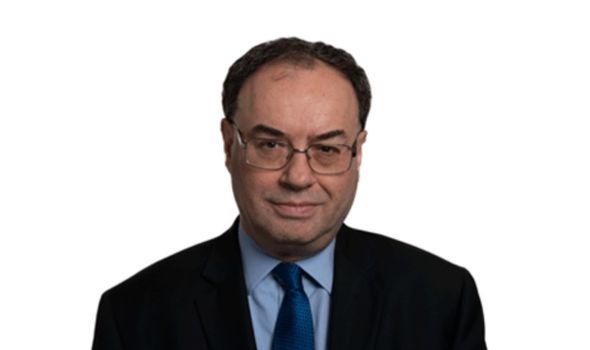 “A continuingly low interest-rate environment is one of factors contributing to Vanguard’s view that stock and bond market returns will be relatively subdued over the next decade.”

Earlier this week, Andrew Bailey, the Bank of England’s Governor, raised concerns about a potential increase in interest rates after the Monetary Policy Committee meeting.

In the latest IHS/Markit Composite Purchasing Managing Index (PMI) survey, the UK’s economy was found to have improved slightly in October, from a PMI of 54.9 to 56.

Commenting on the PMI survey, Mike Owens, Global Sales Trader at Saxo Markets, outlined why the country’s latest economic developments prove an interest rate hike is all but certain.

Mr Owens explained: “The survey shows a pick-up in growth this month, led by the service sector. 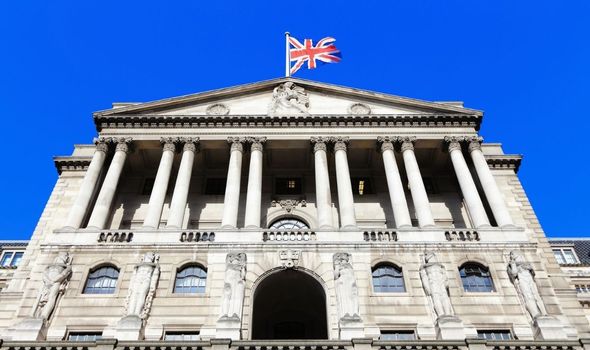 “Companies are seeing stronger demand at a time of fewer pandemic restrictions.

“The problem is that they are struggling to meet that demand due to current conditions and are being hit by a record jump in costs amid severe staff and raw material shortages.

“We’re seeing the pound strengthen following the data release as the growth in these numbers is definitely being accompanied by higher cost pressures and that will add to the case for higher interest rates.”

The country’s interest rate has been at a historic low of 0.1 percent since March 2020 in response to the pandemic.

Eternals: The Next Stage in the Evolution of the Marvel Universe

Around 70% of MoUs inked at Vibrant Gujarat Global Summit get fructified: Chief Secretary

Sustainable infrastructure, renewable energy and national hydrogen mission will be among the focus areas of the biennial Vibrant Gujarat Global Summit (VGGS), which has already seen the state government signing ... Read more »

Rains batter Tamil Nadu, showers in Chennai one of the most intense in 200 years, says CM

How to hijack vehicles in Halo Infinite

© Provided by GamePur Ever since Halo 2, players have had the ability to yank opponents out of their vehicles and claim the rides for themselves. This holds true for ... Read more »

SINGAPORE — All travellers arriving in Singapore from Malaysia via the Vaccinated Travel Lane (VTL) (Land) route will be required to take an Antigen Rapid Test (ART) upon arrival, said ... Read more »

© Provided by The Times of India India earned a comfortable 8-2 win against Poland in their last group game of the Junior Hockey World Cup at Kalinga Stadium in ... Read more »

© Provided by Mid-Day Less than a week to go for the second Test between India and New Zealand scheduled to be played at the Wankhede Stadium from December 3, ... Read more »

I’m A Celebrity… Get Me Out Of Here! star Richard Madeley blamed his sudden illness on dehydration after being sent to the hospital. The Good Morning Britain presenter fell ill ... Read more »

HOUSTON — When Quincy Williams was drafted by the Jaguars in the third round of the 2019 draft, he heard plenty of “that’s Quinnen Williams’ brother.” For Quincy Williams, he ... Read more »

Don’t feed the peacocks! A California town has been overrun by peacocks, with the colorful birds clamoring on housetops, gathering on people’s lawns and porches, and defecating all over, according ... Read more »

Ghislaine Maxwell trial: Who are the alleged victims and what are the charges?

Eighteen people died, and five others were injured in a road accident that took place in West Bengal’s Nadia district on Saturday night. The incident happened when over 20 people ... Read more »

Stephen Sondheim, a legend of American musical theater is died at 91. The New York Times reports that Sondheim died early this morning at his home in Connecticut. Read more »

With a taunt on China, US lauds South Africa's detection of 'Omicron' COVID-19 strain

© Provided by Mid-Day We looked for the best cutting-edge jewellery labels making wearable pieces of art. Their ornaments include a variety of elements like rocks and stones, pearls, enamel, ... Read more »

Seventeen people died, and five others were injured in a road accident that took place in West Bengal’s Nadia district on Saturday night. The incident happened when over 20 people ... Read more »

© Provided by The Indian Express Goa Chief Minister Pramod Sawant Saturday said his government will act on the allegedly illegal structure in Old Goa that has sparked protests and ... Read more »

Counting of votes for Tripura civic polls on amid enhanced security

© Provided by Hindustan Times The ruling Bharatiya Janata Party has already been declared winner on 112 seats that were uncontested by other parties. (AFP Photo/Representative use) Counting of votes ... Read more »

China study warns of 'colossal' COVID outbreak if it opens up like U.S., France

Video: Biden heads to church after White House said he was 'fully briefed' on Omnicron variant: Fauci says he 'he wouldn't be surprised if it was already here' as Israel closes border to foreigners

Video: Incredible story of bald eagle that stole fisherman's shark: How raptor almost died at birth, was saved by vets and is now a local celebrity in Tampa

From 16 hours of playing World of Warcraft per day to tech entrepreneur: How a gamer turned his obsession into a start up worth MILLIONS - and why you SHOULDN'T have a business plan