Analysts at Moneyfacts.co.uk calculated that should the Bank of England raise the base rate from 0.1 percent to 0.5 percent people could end up paying £57.25 extra a month – the equivalent of £687 annually. Should the rate rise to 0.25 percent, people will be stung by an extra £17.02 a month, meaning they end up shelling out £204.24 more than they would now over a year.

However, should borrowers switch to a fixed-rate mortgage many could end up saving, they said.

A borrower who changes their mortgage from the current average SVR to a two-year fixed rate mortgage at the average rate of 2.25 percent could see their payments reduce to approximately £872.26 per month. 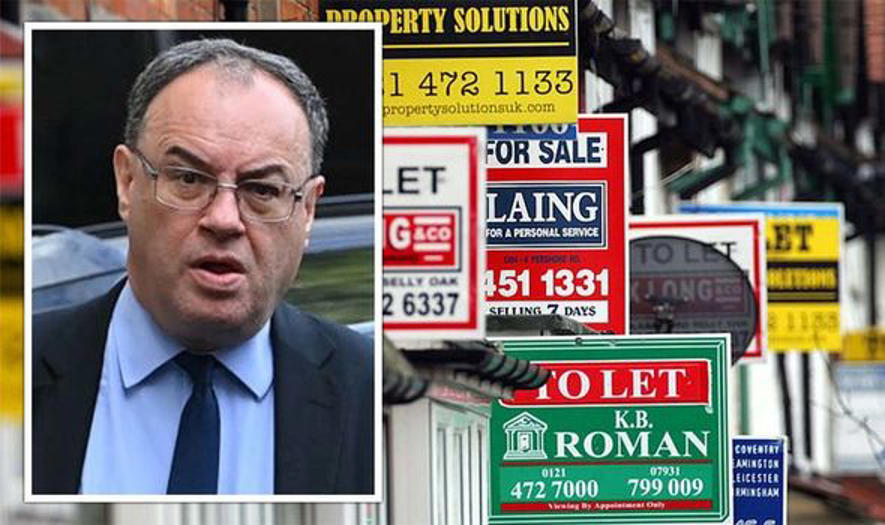 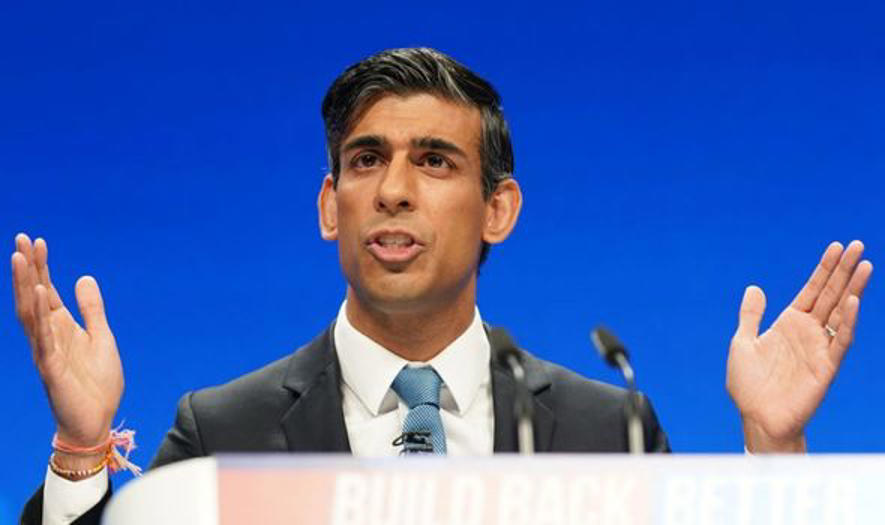 The news emerged as there was rampant speculation that the Bank of England‘s Monetary Policy Committee could raise the rate from 0.1 percent to control increasing inflation.

It is rumoured that the bank could raise the rate to 0.25 percent next month before a further hike to 0.5 percent in March.

Commenting on the speculation, Eleanor Williams, from Moneyfacts, said: “As the possibility of a potential interest rate rise looms, borrowers who have a fixed rate mortgage would be protected from seeing their monthly repayments increase, as their rates are locked in for the initial term of their current deal.

“However, in contrast, those who are currently on a variable rate mortgage – such as a base-rate tracker, discounted-variable or their lender’s standard variable rate (SVR) – are likely to be the first who would feel the impact of any increase, as their monthly mortgage payments could well go up if lenders pass some, or all, of a base rate rise on to them.

State pension age rethink ‘not beyond realm of possibility’ [INSIGHT] 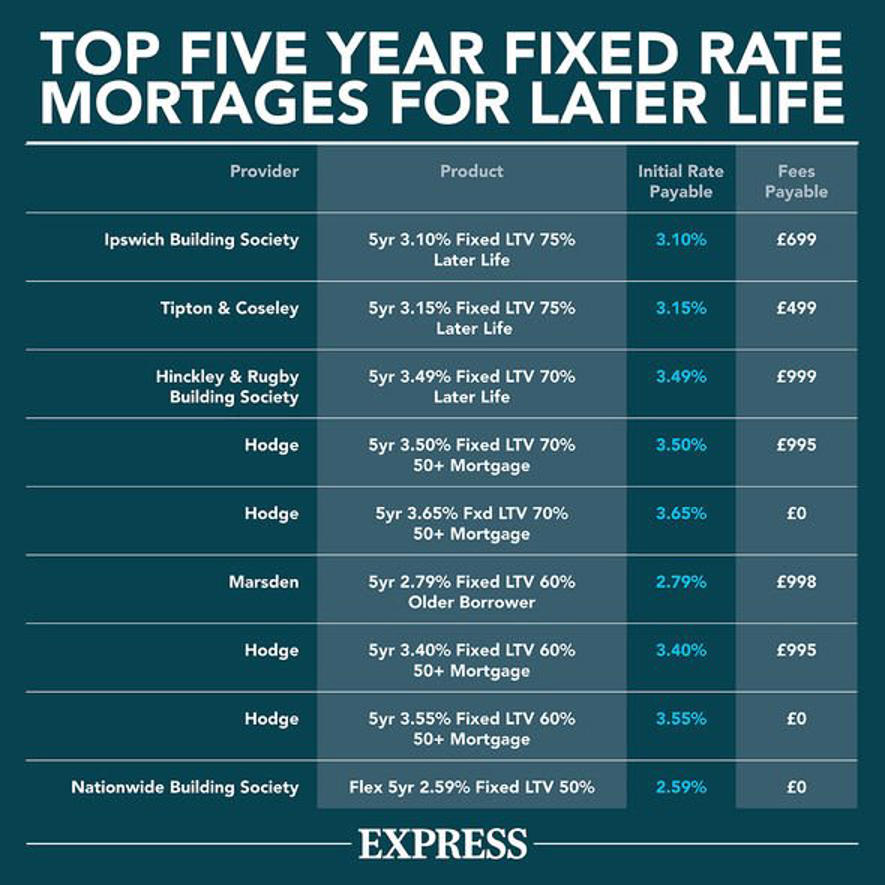 “Rate competition has seen the month-on-month average fixed mortgage rates fall and various providers having launched attention-grabbing sub-1 percent mortgage rates of late, showing their ability to price low and compete for business while we remain in a low interest rate environment, which means this could be a good time for eligible borrowers to consider a new mortgage deal.

“The average SVR is currently 4.41 percent, almost double the average two-year fixed rate for all LTVs of 2.25 percent which they might be able to secure – which means some borrowers who lock into a new mortgage now might be able to not only reduce their outgoings in the region of £200 per month, but also protect themselves from any future rises in rates, giving them a stable monthly payment to budget to as we move forwards.”

Do you think the bank should raise interest rates? Click here and tell us your thoughts below. 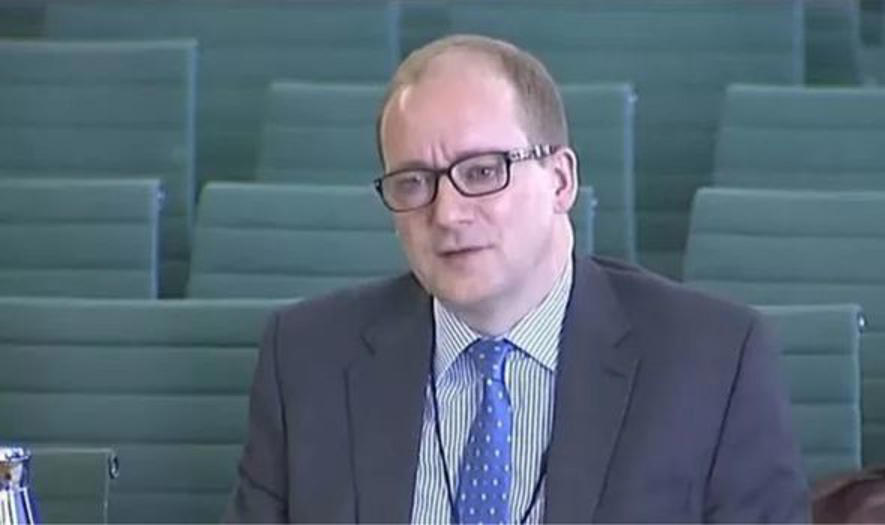 He claimed the Bank of England’s Monetary Policy Committee could hike its base rate from the current record low of 0.1 percent to as much as 0.5 percent.

However, the “Brexit optimist” academic warned people not to panic because this would still represent a lower rate than the 0.75 percent in place before the pandemic struck at the beginning of last year.

He tweeted: “(It) looks increasingly likely that the #BoE (Bank of England) will raise interest rates much sooner than most anticipated, but don’t panic…

“A hike from 0.1 per cent to 0.25 percent (or even 0.5 percent) would still leave nominal rates near historic lows (and still lower than the pre-Covid level of 0.75 percent). 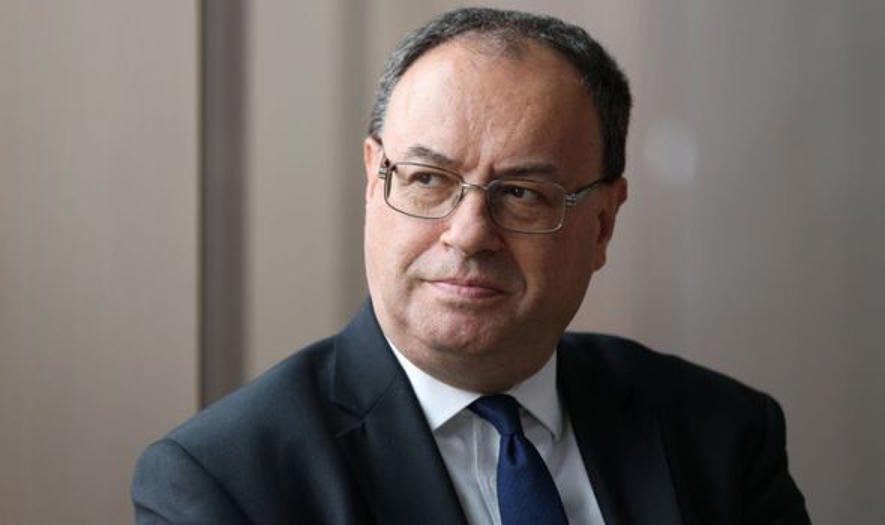 “The economic backdrop and fiscal choices will have a far bigger impact on the public finances than any likely changes in short-term rates.

“Credibility is important too.

“Some on the MPC (Monetary Policy Committee) may be happy just to let the current QE (quantitative easing) programme expire and not announce any more for 2022, but a small rate hike on top would send a stronger message.”

He later added: “Consumer confidence is down in part because of inflation fears. The Bank needs to respond to this.”

Quantitative easing is a practice where banks print money in an effort to stimulate economic growth. Its downside is that it can lead to inflation increasing.

Ram Charan on playing a 40 minute role in Acharya & three different looks in ‘RRR': Can't get bigger than this

From travelling via bus/cycle to play cricket to being retained for four crore by Punjab Kings, Arshdeep makes his mark.

FILE – Vatican Secretary of State Cardinal Pietro Parolin smiles as he is welcomed by German President Frank-Walter Steinmeier for a meeting at the Bellevue palace in Berlin, Germany on ... Read more »

Authorities in Lexington arrested six people in connection with a pair of unrelated storage unit break-ins at the same facility. Lexington County Sheriff’s Department said in a Tuesday release that ... Read more »

© Provided by Al Jazeera A House committee investigating the January 6 Capitol riot has said it has questions for Mark Meadows that do not directly involve conversations with Donald ... Read more »

© Reuters/Guadalupe Pardo FILE PHOTO: A Peruvian police stand guard at the Peruvian border with Ecuador, after a new migration law was imposed for all Venezuelan migrants to have valid ... Read more »

© Provided by Khaleej Times The UAE’s temperatures are dropping and how! Parts of the UAE have been receiving heavy rainfall over the last three days, resulting in yesterday. The ... Read more »

Convicted 4 years ago, Vijay Mallya told by Supreme Court to appear for sentencing

© Provided by The Times of India NEW DELHI: The Supreme Court on Tuesday asked fugitive businessman Vijay Mallya, sheltered in the UK despite proceedings for his extradition to India ... Read more »

With 3.1 lakh cases, Covid tally in November lowest since May 2020

© Provided by The Times of India NEW DELHI: India in November recorded the lowest number of new Covid-19 cases in 18 months since May 2020. Just over 3.1 lakh ... Read more »

Three people are dead and six people are injured after an active shooter situation shut down a Michigan high school. Police have said that the suspect a sophomore at the ... Read more »

Jessica Simpson, 41, looks thinner than ever in her skinny jeans

© Provided by Daily Mail MailOnline logo Jessica Simpson shared a new selfie to Instagram on Monday evening where she was trying on shoes in front of a mirror. The ... Read more »

BBC Who Do You Think You Are?: What is Ed Balls Day and why does he have a day named after him?

Ed Balls was for years known for his work in politics, but lately the former Labour MP and ex-Shadow Chancellor of the Exchequer has reinvented himself as a TV personality, ... Read more »

JoJo’s Bizarre Adventure Stone Ocean is almost here, and the fifth season (and, technically the sixth part) has found a new home on Netflix. There’s even a chance to binge ... Read more »

© ITV anaudiencewithadele221121 Adele has announced her first-ever Vegas residency at the world-famous Caesars Palace. The star will be kicking off shows at the Vegas landmark from January next year. ... Read more »

Not all supermarkets to enforce new face masks rules

© PA Wire Legislation that came into force on Tuesday makes it a criminal offence not to wear masks in shop – PA Wire A number of UK supermarkets will ... Read more »

Tommy Lane, who played a villain in the James Bond film Live and Let Die, has died aged 83. © Independent Breaking News His daughter Kamala confirmed that he died ... Read more »

LONGUEUIL, Que. — A city south of Montreal announced Tuesday that it has revived a controversial plan to kill most of the deer in a local park, about a year ... Read more »

Investors seek growth stocks to capitalize on above-average growth in financials that help these securities grab the market’s attention and produce exceptional returns. But finding a great growth stock is ... Read more »

Should You Invest in Bitcoin ETFs Now?

Bitcoin and other cryptocurrencies have rebounded after a sharp sell-off last week, along with other risky assets on concerns relating to omicron. The world’s largest cryptocurrency had tumbled into bear ... Read more »

Growth stocks are attractive to many investors, as above-average financial growth helps these stocks easily grab the market’s attention and produce exceptional returns. But finding a growth stock that can ... Read more »

Safle's CEO: Never Under Any Circumstances Store Your Assets With A Custodial Wallet

Wallet infrastructure is essential for a wider adoption of blockchain applications, as it should offer users and developers a seamless experience. However, a killer combination of wallets, web and phone ... Read more »

Moderna MRNA, a formidable name among the vaccine developers, has been impressing investors with the stupendous rally since Nov 26. The stock gained about 20% on Nov 26, followed by ... Read more »

Growth stocks are attractive to many investors, as above-average financial growth helps these stocks easily grab the market’s attention and produce exceptional returns. But finding a growth stock that can ... Read more »

Maximus, Inc. MMS shares have appreciated 7.4% in the past year compared with a 1.5% rise of the industry it belongs to. The company is currently benefiting from strong shareholder-friendly ... Read more »

How to Sustain Generosity Beyond the Holidays

2020 asked a lot from us. We faced new challenges and reckoned with old ones, and often the world’s problems collided with our own individual needs. Help — whether in ... Read more »

Here is Why Growth Investors Should Buy Zebra (ZBRA) Now

Investors seek growth stocks to capitalize on above-average growth in financials that help these securities grab the market’s attention and produce exceptional returns. However, it isn’t easy to find a ... Read more »

Growth stocks are attractive to many investors, as above-average financial growth helps these stocks easily grab the market’s attention and produce exceptional returns. However, it isn’t easy to find a ... Read more »

DZS Inc. (DZSI) could be a solid addition to your portfolio given a notable revision in the company’s earnings estimates. While the stock has been gaining lately, the trend might ... Read more »

This article provides information for educational purposes. NerdWallet does not offer advisory or brokerage services, nor does it recommend specific investments, including stocks, securities or cryptocurrencies. When it comes to investing, ... Read more »

As DeFi projects grow in number, competition to make an industry-changing impact is sizzling up. In this outlook, Decentralized Autonomous Organizations (DAOs) are also in a race to innovate, but ... Read more »

Church & Dwight Co., Inc Is A Buy On Market Weakness We’ve liked Church & Dwight (NYSE: CHD) for its slow, steady growth and reliable dividend and now we like ... Read more »

Photograph: Joe Castro/AAP Victoria’s anti-corruption commissioner has warned there is a risk that police evidence could be tainted and officers may be prioritising credibility ahead of the administration of justice ... Read more »

Kelvin Miranda has nothing against having a permanent loveteam partner, but he wants to explore as an individual actor

Tired and broke, migrants in caravan turn back to Mexico's southern border

Here's How to Deal With Pesky Hunger Pangs

Did you know these 3 interesting facts about Blackburn Rovers?