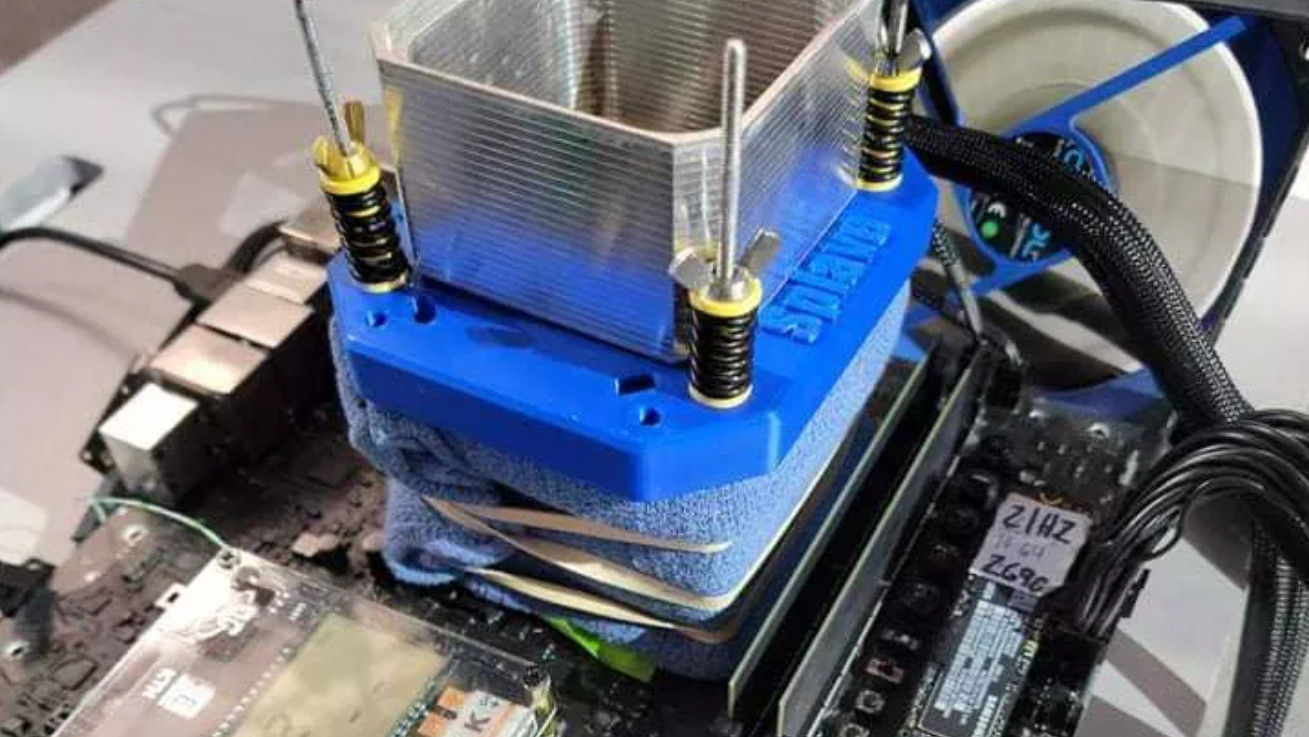 Intel’s Core i9-12900K has only just been unveiled, and it’s already breaking world records on the performance front.

Splave overclocked the Core i9-12900K to 6.8GHz on its performance cores (up from 5.2GHz), and 5.3GHz (up from 3.9GHz) on the efficiency cores (yes, they can be ramped up too), using liquid nitrogen to keep the CPU cool while running benchmarks on Geekbench (and also Intel’s Extreme Tuning Utility or XTU).

With XTU 2.0, Splave had to drop the overclock on the performance cores a notch to 6.7GHz to keep the CPU stable enough to run the full benchmark, where the 12900K scored 12,765, another new record as mentioned.

If you’re curious about the PC used for this batch of benchmarks, the Core i9-12900K was nestling in an ASRock Z690 Aqua OC Edition motherboard, and paired with Klevv’s DDR5-4800 system RAM (overclocked to 6200MHz), with an EVGA Supernova 1600W PSU providing the juice for all this.

It’s no surprise to see world records being broken, as every time a new range of processors emerges, overclockers can’t wait to get their teeth into jacking them up to incredible clock speeds with exotic cooling, and the results are predictably impressive. That said, this happened very quickly indeed, with Splave running the chip through its initial overclocked paces while Intel’s livestreamed Alder Lake launch was still going on.

This is clearly a positive indication that Alder Lake’s performance will likely ensure that 12th-gen chips will appear on our list of the best processors, and it’s a first glimpse that the overclocking potential is also strong here for those enthusiasts who want to get even more out of their shiny new CPU.

Notably, Intel has already promised that there’ll be a good deal more overclocking headroom with Alder Lake (compared to Rocket Lake), as PC Gamer spotted, so maybe it’s time to start getting excited about what these new hybrid processors will be able to achieve even with more run-of-the-mill cooling methods.

Dutch people dressed up as Zwarte Piet during the celebration of the arrival of Sinterklaas in Apeldoorn, the Netherlands in November 2019. (Getty Images) Every Christmas, Belgium and the Netherlands ... Read more »