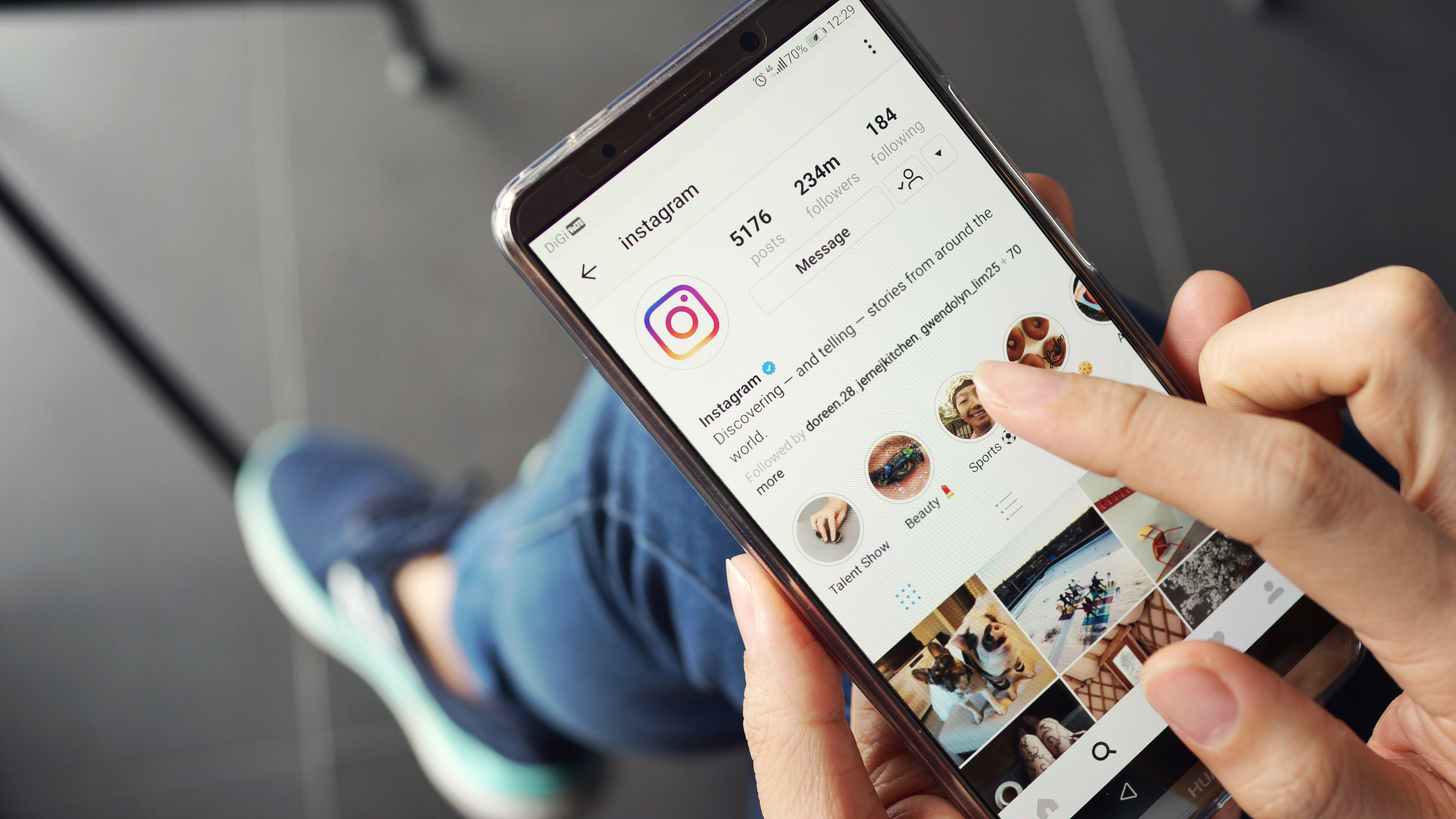 This revelation comes courtesy of Twitter-based leaker Alessandro Paluzzi, who has made a number of recent discoveries in the Instagram app, as highlighted in a series of tweets, including the one below.

As you can see, the option to swiftly dive into Facebook could soon be present in the Instagram app – although obviously we don’t know how long that might take, or indeed, whether this will come to fruition at all – along with some other fresh discoveries that Paluzzi has made.

That includes the ability to add a ‘Support’ button to your profile to allow people to “create fundraisers and donate directly to your nonprofit from Instagram”, as the text accompanying the purported option states. There’s also ongoing work on the Music tab in the profile as evidenced in another recent tweet.

You may recall that four years ago, the reverse became true – Facebook made it so that you could open Instagram directly from within the Facebook app. At the time, it was expected that Facebook would eventually implement the functionality within Instagram, too – but it has taken a long, long time for that to happen.

As to whether anyone will care all that much, well, it’s a useful touch of convenience no doubt, but a relatively small change of course. What it does help to do is keep folks hopping between the two services, to the benefit of Facebook more than anything else, really, which only doubly makes us wonder why this has taken so long to hove into view.

Boris is the wise ol’ founder of TNW who writes a weekly column on everything about being an entrepreneur in tech — from managing stress to embracing awkwardness. You can ... Read more »

Timnit Gebru, the computer scientist whose disputed exit from Google‘s artificial intelligence research team prompted debate across the tech industry about diversity and censorship, said on Thursday she has launched ... Read more »

Android users may get to ‘change' couple emojis on WhatsApp

WhatsApp has been rolling out new features continuously through beta updates for quite a while. Now, the platform has reportedly started rolling out skin tone combinations for Android devices. As ... Read more »

The proposed Digi Yatra central eco-system has been planned to go live in March 2022, he mentioned. The Airports Authority of India (AAI) was working on the country’s first facial ... Read more »

The Cyberspace Administration of China (CAC) said on Thursday it had summoned and fined social media company Douban over unlawful release of information, as Beijing steps up efforts to control ... Read more »

Searching for the best Xbox Series X headsets you buy today? We’ve got you covered. The right headset can have a transformative impact on your overall gaming experience, and can ... Read more »

We may receive commission from purchases made via links on this page. Pricing and availability are subject to change. There’s a little of everything in the mix on sale! (Photo: ... Read more »

In a lawsuit filed Thursday, Ruby Freeman and her daughter allege how they became the target of a feedback loop of misinformation that included President Donald Trump. Read more »

Job seekers in tier-II cities are more likely to engage in a language apart from English on professional networking platforms and Hindi, Kannada and Tamil are the most preferred vernacular ... Read more »

After acknowledging the contribution of “Indian talent” in the US, tech billionaire Elon Musk has shared a meme on Twitter’s leaders — Parag Agrawal and Jack Dorsey.The meme comprised two ... Read more »

Christmas is finally here, which must mean it’s time to give Love Actually its annual airing. This Richard Curtis rom-com is packed with heartfelt humor and seasonal goodwill, as well ... Read more »

How plankton helped create the Earth's mountains 2 billion years ago

The Himalayas. Liudmila Kotvictchkaia/Shutterstock A world without the great mountain ranges – the Himalayas, the Alps, the Rockies, the Andes – is unimaginable, but they were not always a part ... Read more »

Another day, another electric car design to ridicule. This week, it’s BMW’s latest plug-in hybrid (PHEV) concept, the XM, under the spotlight. Supposedly based on the existing BMW X7, the ... Read more »

24-Year-Old Researches Treatment for Her Own Crippling Disease: 'I'm in a Race Against Time'

SHANDRA TRANTHAM Octavio Jones What Florida native Shandra Trantham dreams of most is running on a sandy beach into the ocean. “I see other people doing that and it's like ... Read more »

Secret Invasion TV show is bringing back another familiar face

Secret Invasion, one of Marvel Studios’ many upcoming Disney Plus TV shows, has reportedly added another familiar MCU face to its cast. According to Deadline, Cobie Smulders’ Maria Hill will ... Read more »

Toby Parkes/Shutterstock The Glasgow climate pact is sealed and COP26 is fading into memory. The UK’s presidency of the 26th UN climate change summit yielded mixed results, from the first ... Read more »

Cybercriminals are abusing Christmas delivery anxiety to harvest your credentials

Cybercriminals are capitalizing on Christmas delivery anxiety in an attempt to steal email addresses, account passwords and other valuable information, experts have warned. According to researchers from email security firm ... Read more »

The number of Linux gamers active on Steam continues to increase going by the latest hardware survey from Valve for November, and has now reached 1.16% – plus there’s been ... Read more »

Microsoft OneDrive gets photo editing features... but it's no Photoshop

Last month, Clubhouse started rolling out support for 13 new languages in its first wave of local language support. Now, the audio-only social networking app has announced that it is ... Read more »

These iPhone models with luxury modifications are selling at Rs 6.45 lakhs

Apple today announced the 2021 App Store award winners, which include 15 apps and games. Apple said these apps were chosen as they helped users tap into “personal passions, discover ... Read more »

Samsung is reportedly planning to bring water resistance feature to more Galaxy A series models. The feature was first introduced to Galaxy A52 last year. The handset offered an IP67 ... Read more »

A blockchain connected motorbike: what Web 3.0 means for mobility and why you should care

We’ve been hearing about the potential of for years – where information is distributed across nodes, making it more resistant to shutdowns and censorship. Specifically, its foundation lies in edge computing, artificial ... Read more »

Flight operations and travelers plunged this year in Incheon Airport. (Yonhap)Incheon Airport on Thursday forecast its debt ratio to spike to nearly 70 percent this year due to a plunge ... Read more »

Minister Kim Gang-lip of the Ministry of Drug and Food Safety speaks in a meeting with parliarmenty committee on health and welfare at the National Assembly on Nov. 11. (Yonhap)The ... Read more »

Harms versus benefits in medicine: not just a decision for experts

Even before the omicron variant emerged, many European countries were discussing whether to reintroduce lockdowns. In the UK, there are debates about vaccinating schoolchildren and about who should get booster ... Read more »

Matt Hancock looked visibly uncomfortable as he was grilled by a senior Labour MP on ITV's Peston over accusations of handing out multimillion pound personal protective equipment (PPE) contracts to ... Read more »

Ben Affleck teases how his rebooted Jennifer Lopez romance came about: ‘It is a good story. It's a great story.'

Ben Affleck isn't going to tell us how he won back Jennifer Lopez, but he will tease us about what a “good” — no, make that “great“ — story it ... Read more »