© Provided by Are Media Pty Ltd Ada Nicodemou is an iconic actor, mother, daughter, sister and sister-in-law. Her devotion to her family is evident, but do you know who Ada’s closest people are? See inside her family unit here.

Ada Nicodemou wears many hats, but perhaps her most treasured is her role as a mother, sister, aunty, and partner.

Her Instagram is filled with posts of her son Johnas, family milestones, and sweet moments from over the years.

The Home and Away star’s immediate family includes, of course, Johnas, her partner Adam Rigby, her mum Jenny Nicodemou, her brother Costa Nicodemou, his wife Elena Nicodemou, and their daughter Sofia.

In 2020, Ada spoke to Marie Claire about her mother, Jenny who she shares a close relationship.

She revealed how Jenny, who was the head of her household growing up, inspired Ada to work hard.

“My mum Jenny was always the head of our household. She worked seven days a week but took me and my brother everywhere.

“I grew up in a delicatessen, counting back change to customers before I went to school. I get my work ethic from my mum,” she said.

“She’s taught me resilience, strength and how to stick up for myself. As a Greek migrant, she’s had to be a tough woman.”

In 2021, Ada has shared many milestones with her family.

From her mum’s birthday to the christening of her goddaughter and niece, Sofia.

Fair warning, the following gallery of Ada and her close family may give you the urge to call your loved ones. 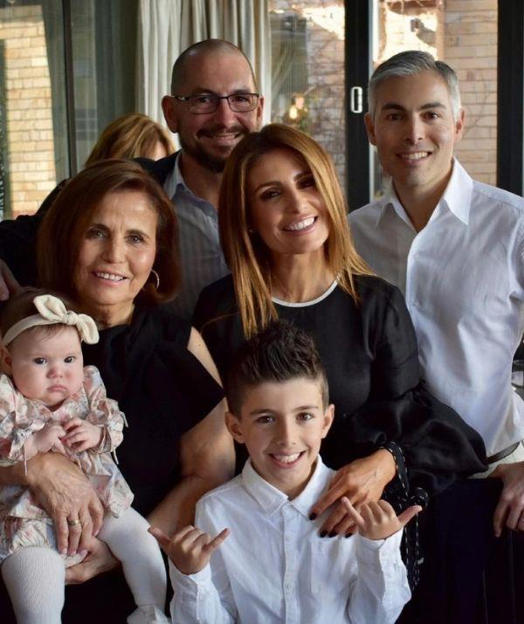 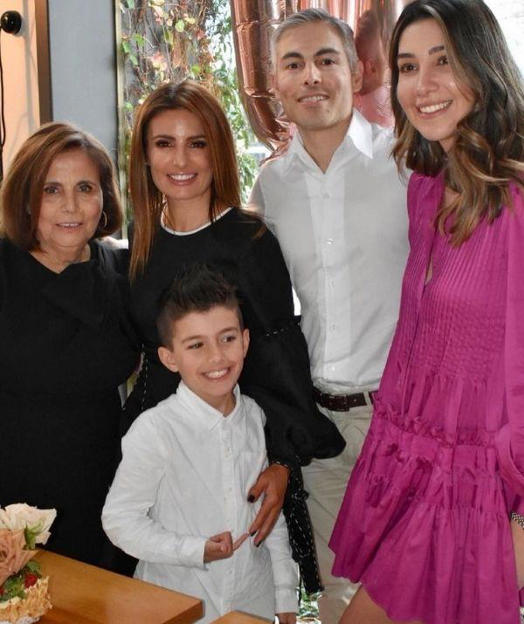 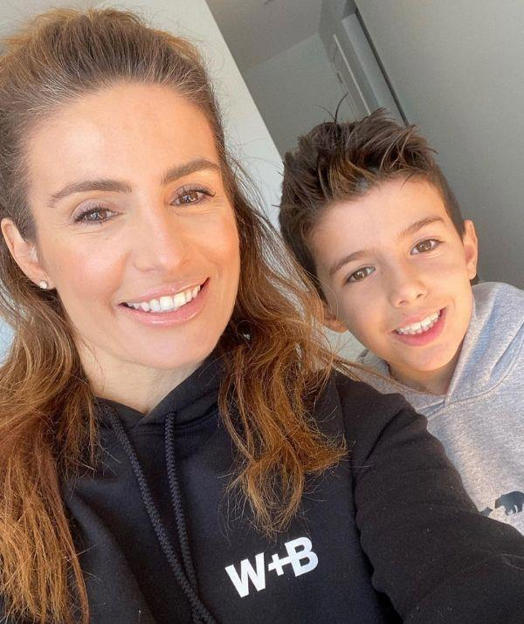 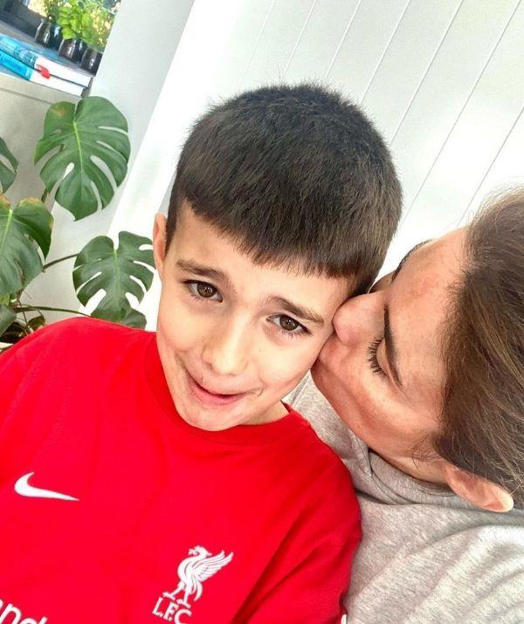 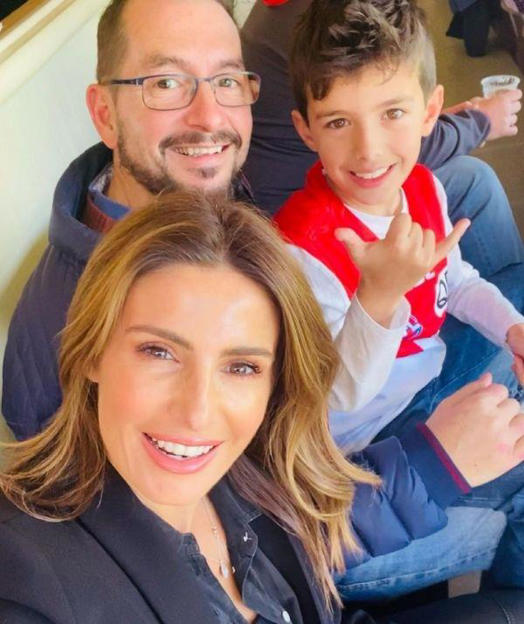 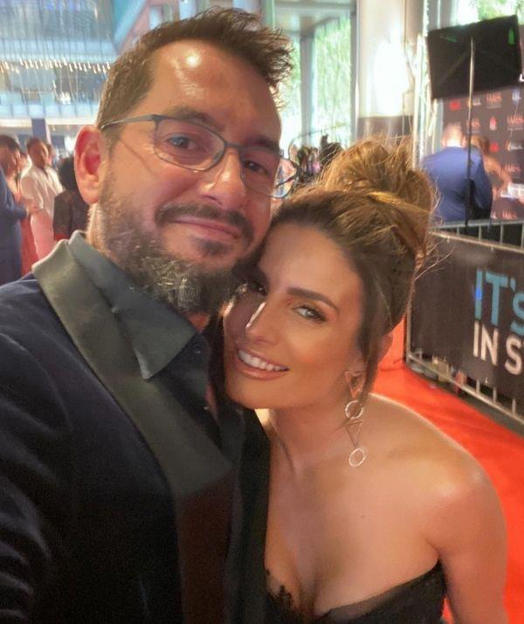 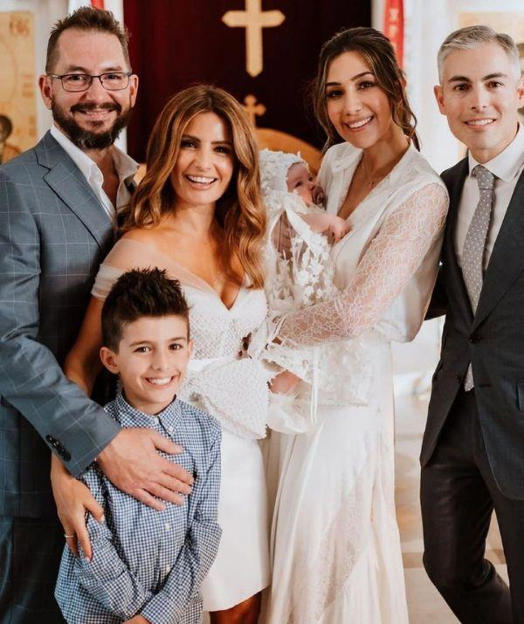 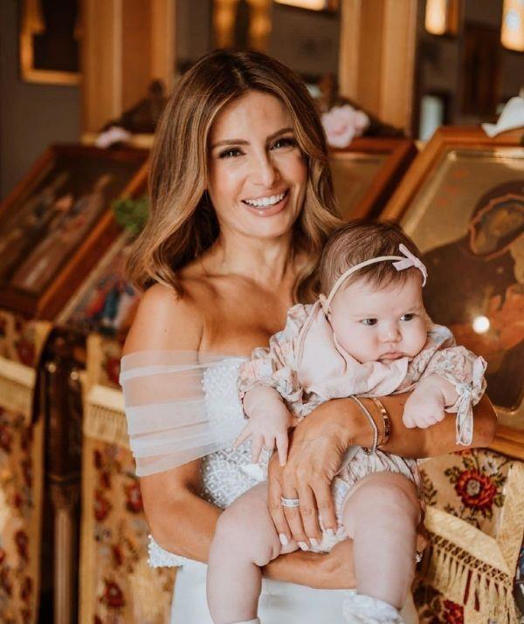 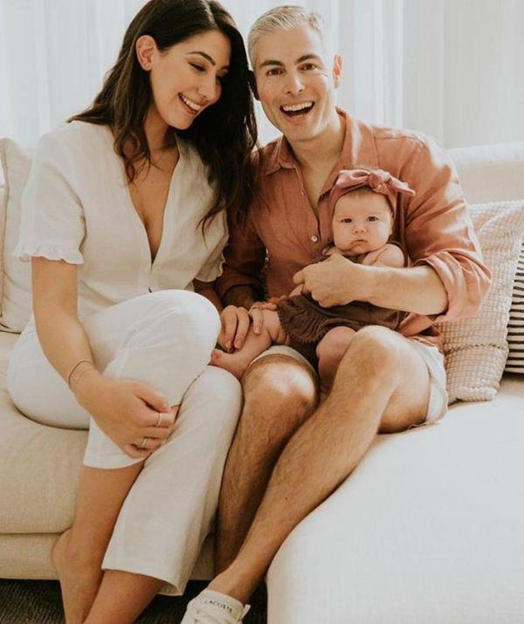 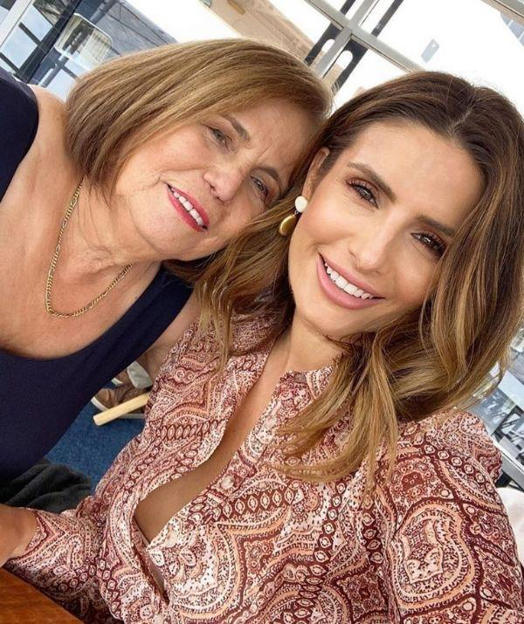 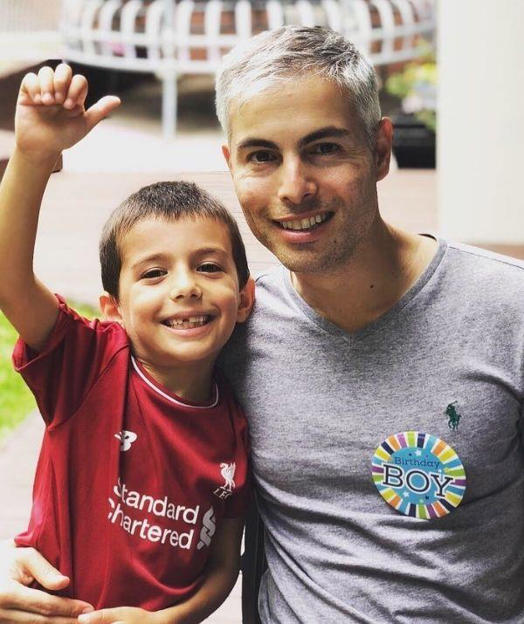 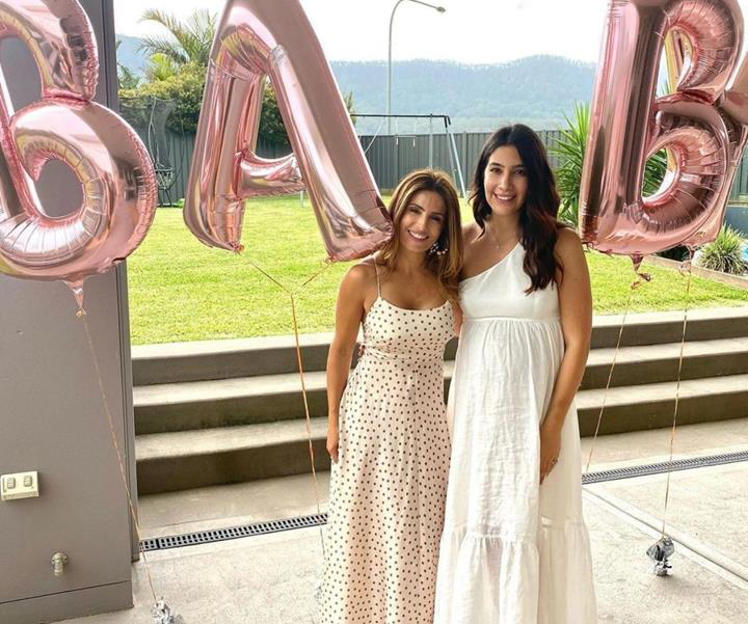 Ada and her family got together to celebrate Jenny’s milestone birthday in 2021.

Ada captioned her pictures from the day, “Today we celebrated a milestone birthday for my mum. We love you mum ❤️ Happy birthday 🥳.”

When Ada gave birth to her son on August 22 2012, she told New Idea, “We’re both still learning. He’s learning how to be in the world, and I’m learning how to look after him. But it’s just so beautiful.”

Ada shared this picture with Johnas during Sydney’s lockdown, and her son looks less than impressed about homeschooling.

“Ready for another day of homeschooling 🏡❤️,” wrote Ada.

Ada took Johnas and her partner, Adam Rigby, to the football!

The Home and Away actress debuted her relationship with Adam in 2018 at the TV Week Logie Awards.

In an interview with TV Week, Ada gushed about her partner’s close relationship with Johnas.

“Adam and Johnas adore each other; he’s such a great stepdad and has really stepped up,” she explains. “For a man to come into my world and love a child as if he were his own – and love me like I’ve never been loved before – is incredibly special.”

In early 2021 the family christened Costa and Elena’s daughter Sofia. Ada was the woman of the hour as she was bestowed the honour of becoming her niece’s godmother.

Ada with her little Sofia! She captioned the sweet moment, “Our beautiful Sofia’s gorgeous day, love all these photos so much @elizajade And a big thank you to @velani for my dress and to @velani_christening_couture for Sofia’s amazing gown.”

Ada shared this picture of her brother, her sister-in-law and baby Sofia.

Here Ada is pictured with her look-alike mother, Jenny.

Johnas and Costas were bonding together on his birthday.

Ada shared this picture from Elena’s baby shower, and both women look radiant.

© Provided by Daily Mail MailOnline logo  Isla Fisher and Sacha Baron Cohen have been the picture of bliss for twenty years. Isla shared a gushing tribute to her Borat ... Read more »

It's time for the 2021 People's Choice Awards! Stars walked the blue carpet Tuesday night ahead of the Kenan Thompson-hosted show, which is set to honor celebs including Halle Berry, ... Read more »

The Storytellers Project is returning in 2022 with 64 in-person shows in 17 cities across the United States. Read more »

Dame Twiggy Lawson has said it is important to step out of your comfort zone but feels you must be “brave enough” to do so. The model, whose real name ... Read more »

Piers Morgan was the fourth most searched-for person on Google in the UK this year, the tech giant has revealed. The former Good Morning Britain host lost out to teenage ... Read more »

Workers in Freiburg, Germany, in November 2021 manufacturing Pfizer‘s new antiviral drug, Paxlovid. (Pfizer via The New York Times) As the world worries that the omicron coronavirus variant may cause ... Read more »

The Netherlands wants to deposit 150 million euros for Rembrandt masterpiece