Inheritance Tax (IHT) is a levy payable on the value of an estate above a particular threshold – usually £325,000 – of a person who has passed away. The tax is not well-liked amongst Britons, with many loathed to pay the levy – however, one expert has said more people will have to consider it. Express.co.uk spoke exclusively to Makala Green, chartered financial planner and founder of Green Wealth Planning, who provided further insight.

Ms Green analysed Inheritance Tax, a particularly discussed topic recently as many people look towards potential changes in the Budget.

However, the financial planner highlighted there have already been alterations which appear to drag more Britons into a tax net.

“However, he may not wish to do anything particularly drastic in the upcoming Budget, and could just make slight changes. 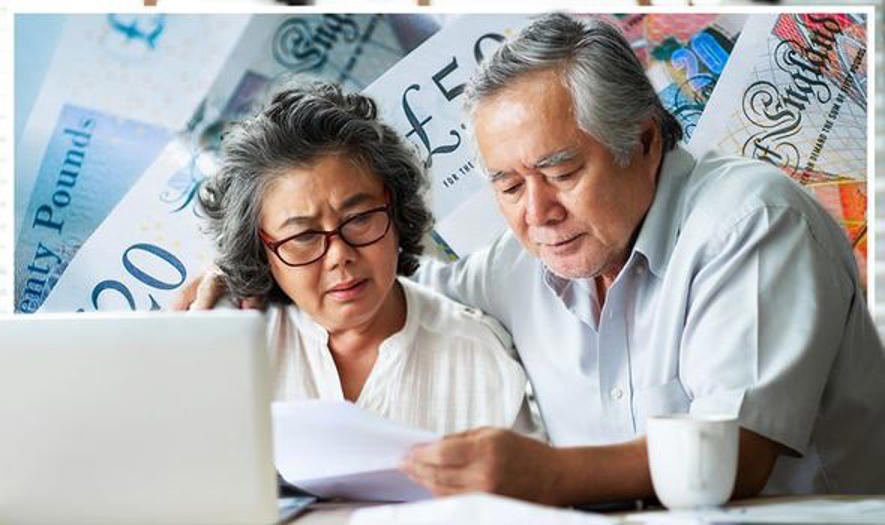 “It’s because of decisions like this, that we are now seeing more and more people falling into that bracket of having to pay more Inheritance Tax.

“Property prices are rising, and the nil-rate band has remained the same for so many years now.

“Fixing it until 2026 means I can only see that Inheritance Tax will increase from a Government point of view in the coming years.”

Increasing numbers of people will now have to consider Inheritance Tax, when perhaps they may not have even heard of the levy in the past.

Inheritance Tax warning: Britons may have ‘rug pulled from under them’ [ANALYSIS]

Pension: Will you be able to afford a comfortable retirement? [UPDATE]

This could have the potential to prove dangerous for a tax bill if people fail to take action, it has been highlighted.

Ms Green explained: “I call it the hidden wealth bracket. There are plenty of people who would never classify themselves as wealthy that are being caught by Inheritance Tax.

“Once upon a time, it was a tax for the rich and wealthy – at one point – but because of the lack of change with the nil-rate band, this contributes towards more people being affected.

“Property prices have a huge effect, and because these have risen so sharply for so many people over the years, they are now in this wealth bracket. 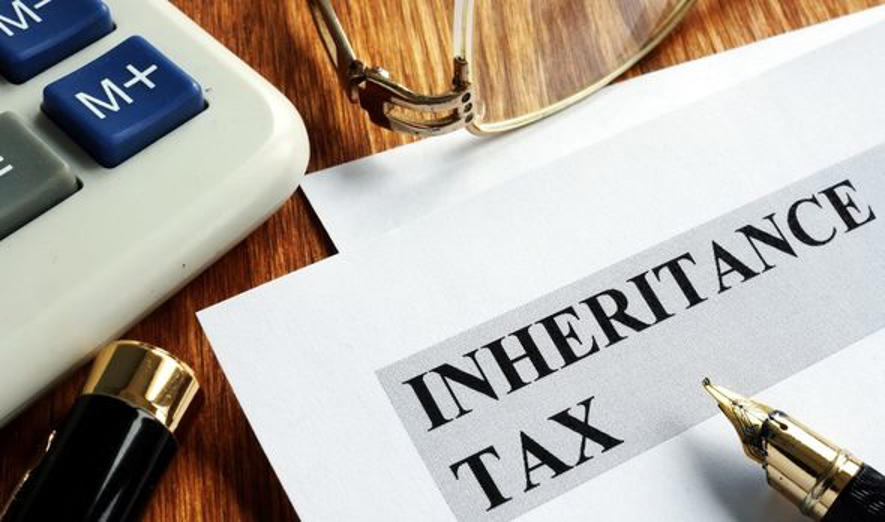 “It wasn’t something working-class people generally needed to have to plan for in the past. People no longer have to be wealthy to pay Inheritance Tax, and this could prove a particular shock.”

Ms Green also highlighted how Inheritance Tax is likely to be new to many people, who could be unsure as to how the system works.

While the Government website does offer some form of guidance as to what the tax entails and who will be required to pay, Ms Green said further steps will need to be taken.

To plan, she said, is the best course of action, and she encouraged people to “factor in Inheritance Tax” when looking towards their future.

IHT was once famously described as a “voluntary levy paid by those who distrust their heirs more than they like the Revenue” by former Chancellor Roy Jenkins.

While changes to the tax system have taken place since, certain elements of this statement do continue to ring true.

Indeed, according to Ms Green, IHT is a voluntary tax, meaning Britons can take certain steps to avoid it.

She concluded: “Inheritance Tax, at the end of the day, is a voluntary tax as many people correctly identify.”

“This means it can be avoided, at least to a certain extent and there are ways to go about doing so.

“To avoid Inheritance Tax to a degree, people should be undertaking tax planning and thinking ahead.”

When it comes to Inheritance Tax, people are encouraged to speak to a financial adviser as these experts often have the knowledge to assist someone in their personal circumstances.

There are also tools online such as Money Helper and CitizensAdvice, designed to offer guidance.

Vicky Kaushal smiles as he reveals his ‘favourite place on earth' & NO its not what you think; PIC

© Provided by Pinkvilla Vicky Kaushal is one such actor who is making it to the headlines every other day. The actor is in the buzz for his wedding news ... Read more »

EXCLUSIVE: Aamir Khan & Ranbir Kapoor to do a film together; Shoot likely to begin in second half of next year

© Provided by Pinkvilla Aamir Khan and Ranbir Kapoor are one of the most respected actors in Bollywood, and also share a close bond with each other. In fact, RK ... Read more »

© Provided by Pinkvilla In today’s episode, Aarohi brings Kachori for everyone in the house. Kairav recalls Akshara when he sees this. The Goenkas are taken aback when Akshara returns ... Read more »

Kapil Sharma gave glimpse of Anayra and Trishaan together for the first time by posting this pic on social media. (Image: Instagram) Cute Anayra when she was 3 months old. ... Read more »

© Provided by Zee News Chennai: State revenue and disaster management minister KKSSR Ramachandran on Saturday said a total of eight people have died due to heavy rainfall in the ... Read more »

© Provided by Pinkvilla Nawazudding Siddiqui is one of the finest actors in Bollywood. He is creating waves with his acting and winning millions of hearts. Even his web series ... Read more »

© Provided by Pinkvilla After a lot of hurdles and postponement, Silambarasan TR’s Maanaadu was released in theatres on Friday and fans have welcomed it with open hands. The team ... Read more »

© Provided by Associated Press People line up to get on the Air France flight to Paris at OR Tambo International Airport in Johannesburg, South Africa, Friday Nov. 26, 2021. ... Read more »

Ekta Kapoor To Rubina Dilaik, Here Is Who Gifted What To Shraddha Arya For Her Wedding

8 Things You Should Know About 'Jirisan' Actor Ju Ji Hoon

© Provided by Cosmopolitan Philippines If you’re a fan of zombie shows, then you’ve probably already watched all seasons of historical K-series Kingdom out on Netflix and are eagerly awaiting ... Read more »

© Provided by Cosmopolitan Philippines Jessy Mendiola recently revealed that she’s taking a break from showbiz as she and Luis Manzano focus on their plans to have a baby. In ... Read more »

Mother thanks first responders as she gives birth on Delta flight

A pregnant woman, whose water broke one hour into her flight from Mexico to North Carolina, has thanked first responders for helping her safely deliver her baby on board a ... Read more »

Queen Elizabeth II has recently been resting on the advice of doctors amid health concerns for the 95-year-old monarch. Her Majesty underwent tests last month as she was admitted to ... Read more »

What is it like trying to fix an iPhone yourself?

Photograph: Martin Godwin/The Guardian Apple is offering repair kits from next year so the Guardian spent a day in a specialist shop to see how it’s done When fixing an ... Read more »

Only 18 per cent of Britons think Brexit is going well, poll finds

Boris Johnson signs the Brexit deal with the EU (Getty) Fewer than one in five people in Great Britain believe Brexit has been a success, a YouGov poll has found. ... Read more »

Billy Porter was “incessantly bulled” at school. © Bang Showbiz Billy Porter explains how he fought back against bullies The 52-year-old ‘Pose’ star revealed that being a “sissy” during his ... Read more »

It’s been a torrid few weeks for Boris Johnson. A disastrous attempt to tear up sleaze rules to protect a Tory MP prompted a wave of sleaze allegations – and ... Read more »

Amy: Beyond the Stage: I thought exhibition would bring me closer to the singer but she just felt further away

This July marked the 10-year anniversary of Amy Winehouse’s death, a milestone that felt horologically off. It seems impossible that 10 whole years have passed since that sunny July day ... Read more »

Here's how to build a smart city of the future

© Motivate Publishing smart city Cities everywhere are growing rapidly, and so are the technologies that public safety agencies use to keep people safe and urban landscapes running smoothly. The ... Read more »

Baby-faced bikie, 21, proudly shows off his new ink while posing with his 'wifey' after becoming a patched member of the Rebels - only to discover he will have to wear MAKE-UP to cover up the tats

Samuel Willmott in court with tattoos reserved for patched Rebels membersWillmott, 21, showed off his new Rebels MC tats beside 'wifey' Chantelle Bate The 21-year-old previously been described by police as a Rebels bikie nominee  Read more »

Is technology your child's friend or foe?

© Provided by 702 Human potential and parenting expert Nikki Bush says parents must take charge in the age of attention snatchers and should help their children do so as ... Read more »

COVID-19 in SA | No Omicron cases yet in Western Cape

CAPE TOWN – Health authorities in the Western Cape say they are pretty certain the newly-discovered COVID variant is circulating in the province, although they’re yet to identify a positive ... Read more »

© https://www.123rf.com/photo_54898671_sick-woman-sneezing-into-tissue-flu-woman-caught-cold.html?vti=… The flu is back. © subbotina/123rf.com CAPE TOWN – The World Health Organization has designated the new Coronavirus strain first detected here in South Africa as a “variant ... Read more »

A HEAD teacher was last night killed by a falling tree as Storm Arwen battered the UK with 90mph winds, 33ft waves and blizzards. It came after forecasters issued a ... Read more »

The 2021/22 season certainly hasn’t been Lionel Messi‘s finest so far. © GiveMeSport Lionel Messi has been in fine form throughout 2021 That’s something of an understatement really, with the ... Read more »

Are Zebras Black With White Stripes or White With Black Stripes?

© Anup Shah/iStock via Getty Images After visiting the zoo or watching an animal documentary, you may find yourself pondering this classic conundrum: Are zebras black with white stripes or ... Read more »

The Mets’ new front office doesn’t appear eager to bring back the team’s most consistent and healthiest pitcher from a season ago. Marcus Stroman, who is a free agent after ... Read more »

Le Creuset Black Friday 2021: Save 38% on the classic casserole dish

Could this be the best addition to your kitchen this winter? (iStock/The Independent) When it comes to luxury cookware, Le Creuset is hard to beat. Spotted in the homes of ... Read more »

Iman Shumpert is not done with the NBA. The NBA free agent guard made history this week — becoming the season 30 winner of “Dancing with the Stars” — and ... Read more »

The days of crazy lines, crowded malls and short-term deals may be gone forever. Holiday shopping is now starting much earlier than Thanksgiving Day and Black Friday. Read more »

Best Buy store in Minnesota looted by 20-30 suspects; all get away, report says

A flash mob of 20 to 30 suspected looters struck a Best Buy electronics store in Minnesota on Black Friday and managed to get away before police arrived, according to ... Read more »

The Sicilian town where the Covid vaccination rate hit 104%

'Think twice before gifting an e-scooter this Christmas': Experts say riders are at risk of injuries, fines, and even points on their driving licence

Mortgage borrowers warned about buy now, pay later use as investigation reveals four major lenders pick it up at decision in principle stage

Nurse, 25, whose unhealthy diet left her severely fatigued and reveals how she transformed her lifestyle - and she can now lift a whopping 115kg

House deposit to earnings ratio hits all-time high, as typical buyer now puts down 110% of annual income as a deposit

"I would find it a bit strange": Journalist reacts to major Hugo Lloris claim at Tottenham

Jets' Elijah Moore starting to live up to lofty expectations

One wounded in shooting at Tacoma Mall on Black Friday

France says it is willing to discuss autonomy for Guadeloupe