Families are paying more to the Government through Inheritance Tax, new data from HMRC shows, and according to analysis from national accountancy group UHY Hacker Young, rising property prices are at least partly to blame. As the value of a deceased’s home typically makes up the largest part of an estate, the rise in property prices has forced more families to pay up.

Additionally, the Government has “failed” to increase the tax-free allowance rate on IHT in line with inflation.

More and more estates are set to be hit by IHT, as Rishi Sunak plans to keep the level at which people start paying the tax frozen until at least 2026.

UHY Hacker Young also noted there is speculation the Treasury will increase IHT rates in the forthcoming budget.

This, it detailed, could be introduced as the Government looks to reduce borrowing following the pandemic.

Families may end up “forking out an ever-greater share of their inheritance to HMRC” and as such, Mark Giddens, a Partner at UHY Hacker Young, urged families to get on top of IHT rules.

“Inheritance Tax is becoming ever-more lucrative for HMRC, as the latest figures show,” he said.

“A tax that was originally supposed to affect only the super-rich is increasingly hitting middle England. As a result, families increasingly understand the importance of tax planning to ensure they can pass the fruits of their labour to their children.”

“The pandemic has led to record peacetime borrowing, and the Treasury will be looking to balance the books anyway it can.”

How can you reduce your Inheritance Tax bill?

Depending on how an estate is managed however, some families may not need to pay any IHT to the Government, even where their estate is valued over £325,000.

If all the assets held above the £325,000 threshold is left to a spouse, civil partner, a charity or a community amateur sports club, no IHT will be levied.

Where a person decides to give away their home to their children or grandchildren, they can increase their threshold to £500,000.

Additionally, if a person is married or in a civil partnership and their estate is worth less than £325,000, any unused threshold can be added to their partner’s when they die.

This means their threshold could be as high as £1million. 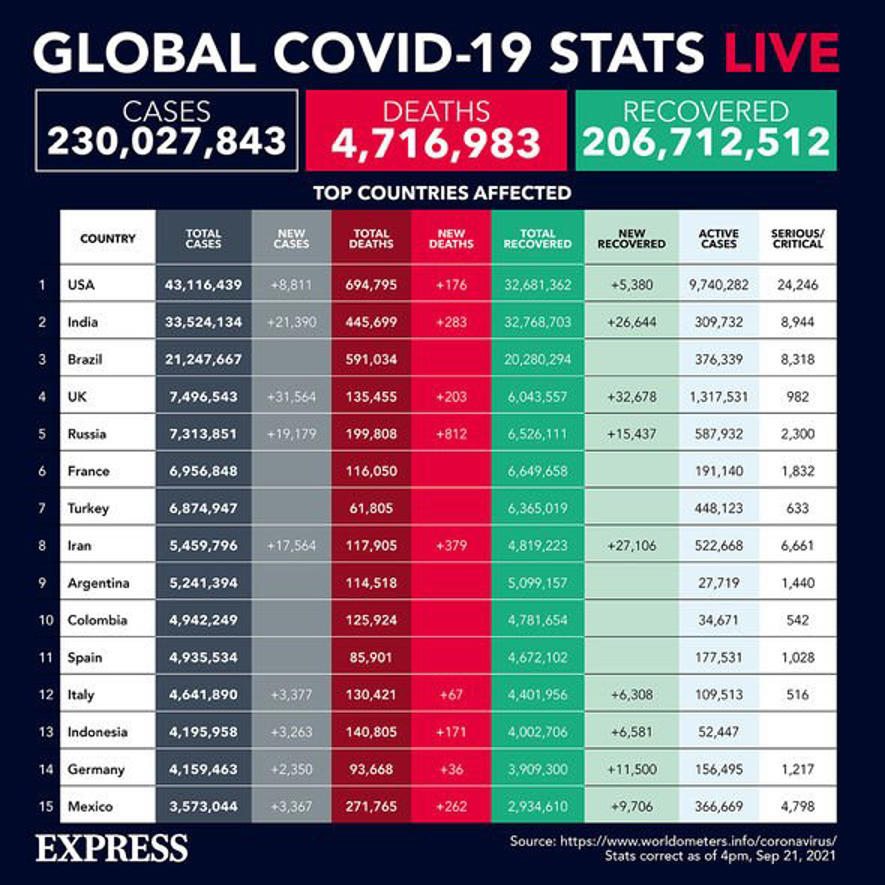 On top of passing on property to partners and children, there are other options available to those who want to reduce their IHT bills.

According to Money Helper, the public advisory service, trying to reduce how much IHT is due on an estate is complicated but in short, it can be done by:

If a person leaves at least 10 percent of their estate’s “net value” to a charity in their Will, the IHT levied on the remainder of their estate will be reduced to 36 percent.

Gifting during one’s life can also be an effective tool in reducing IHT bills. Some gifts, including property and wedding presents, are exempt from IHT calculations.

Tax relief may also be available on certain types of property, such as farms and business assets.

How is Inheritance Tax paid?

Where IHT is due, initial payments need to be paid by the end of the sixth month after the person died. This is important to note as HMRC will begin adding interest to the debt if it is not paid on time.

There are a number of ways in which an IHT bill can be paid. It can be covered by the estate’s own assets or from separate bank accounts via online or telephone banking, CHAPS or Bacs or physically through a bank or building society branch.

It is also possible to cover IHT bills through yearly instalments but to do this, affected payees will need to complete the IHT400 form which can be found on the Government’s website.

Comcast, Walmart team up to sell smart TVs with the media firm's software

The government's green strategies in a nutshell

Motherwell fans travelling to Saturday’s Premiership clash at Dundee United will not require to show a vaccine passport to gain admission to Tannadice. The Tangerines have announced that the club ... Read more »

Former UFC middleweight champion Michael Bisping has told Conor McGregor to “pick on someone who can fight” after the Irishman was accused of punching an Italian DJ in Rome. © ... Read more »

A BBC ranking of the “greatest TV series of the 21st century” has sparked a debate. © Getty Images/iStockphoto iStock-1194888655.jpg BBC Culture polled 206 TV experts from 43 countries and ... Read more »

(Reuters) – Opening-night squad lists for the National Basketball Association’s 2021-22 season, which begins later on Tuesday, will feature 109 international players from 39 countries, according to the league. © ... Read more »

© Getty Sebastian Vettel during the Turkish Grand Prix at Intercity Istanbul Park – Getty Ralf Schumacher has accused Aston Martin of “embarrassing” themselves in Formula 1 this season. After ... Read more »

Soccer-Solskjaer confident of handling pressure ahead of difficult games

(Reuters) – Manchester United manager Ole Gunnar Solskjaer said on Tuesday he has no concerns about his position at the club after a disappointing run of results, adding he can ... Read more »

Tuchel: 'Mentally tired' Lukaku has played too much

Thomas Tuchel has admitted Romelu Lukaku is “mentally tired” and says his dry spell in front of goal is a result of him playing too much football in recent months. ... Read more »

Journalist Chris Waugh reckons that it was an “uncomfortable” first week for the Newcastle owners. © GiveMeSport p1fibr509paelgi41uec36r1hm7f.jpg What happened in the first week? Following the takeover being announced, Steve ... Read more »

Cameron Norrie has admitted he was “inspired” by compatriot Emma Raducanu en route to the biggest title of his career in Indian Wells. The Brit, who started the year ranked ... Read more »

A former “Survivor” contestant was stabbed and beaten with a metal baton inside her California pilates studio in a terrifying attack that she believes may have been racially motivated. Michelle ... Read more »

Manchin says carbon tax "not on the board" in U.S. spending bill talks

Victims of the Troubles have received backing from political parties in Westminster as they continue their campaign against a proposed ban on future prosecutions related to the conflict. In July, ... Read more »

Ukraine president Volodymyr Zelensky laying down a lamp at the Minora memorial in Kiev, to mark the 80th anniversary of the Babi Yar massacre (Ukraine Presidency/AFP/Getty) Over two days in ... Read more »

Photograph: Alamy We’d love to hear about your favourite town or village in Portugal. We’d like to steer away from the huge draws like Lisbon and Porto, and focus on ... Read more »

Protesters throw statue of Edward Colston into Bristol harbour during a Black Lives Matter protest – Ben Birchall/PA Dame Mary Beard has said that she was “pleased” that the statue ... Read more »

© Provided by MoneySmart Between all the multi currency credit cards, prepaid debit cards with 0% foreign transaction fees and cashback credit cards, consumers like us are spoilt for choice. ... Read more »

© Photo by Lukas Schulze/Getty Images Football and fashion are surprisingly closely correlated, and we decided to give the aesthetic side of football the credit it deserves. Talking Trikots is ... Read more »

How to collect Symbols from eliminated Cube Monsters

© Provided by BusinessWorld LAWMAKERS from the Makabayan bloc is calling for an investigation at the House of Representatives on sexual abuses by police officers following a recent rape incident ... Read more »

© Provided by Pinkvilla Akhil Akkineni and Pooja Hegde’s film Most Eligible Bachelor released on the occasion of Dussehra 2021. The film which is directed by Bommarillu Bhaskar received a ... Read more »

© Provided by Daily Mail MailOnline logo Transgender charity Mermaids has received an income of £1.85million over the past year – including £1.66million in donations and legacies, MailOnline can reveal. ... Read more »

AirPods 3 vs AirPods Pro: what's the difference? Which are better?

The Apple AirPods 3 are official! After months of speculation Apple has taken the wraps off its next-generation wireless earbuds – but how do they compare to the noise-cancelling AirPods ... Read more »

Fall is finally here, and if you’re planning on doing any sort of outdoor activity, you might be in need of some cold-weather gear. Whether you want to keep up ... Read more »

Trump says his son Eric 'gets treated terribly' and 'would like to have a normal life': book

© Provided by The National Mohamed Al Khaja, the UAE’s Ambassador to Israel, delivers an invite to Israel Prime Minister Naftali Bennett to visit the UAE on behalf of Sheikh ... Read more »

© Provided by The National Under the new rules, occupancy at parties has been capped at 80 per cent or a maximum of 60 guests and 10 catering and hospitality ... Read more »

At least 13 phone companies around the world have been compromised since 2019 by sophisticated hackers who are believed to come from China, a cybersecurity expert group has said. © ... Read more »

Lawyer calls for ‘Dennis' Law' to stop prosecution of veterans

The solicitor for Army veteran Dennis Hutchings has called on the Government to halt the historical prosecution of veterans following his client’s death while on trial for attempted murder. Hutchings ... Read more »

'Dune' fans have been waiting for the definitive movie. Can the new one deliver?

COVID-19 and pregnancy: Women regret not getting the vaccine

Calvin Klein, 78, is spotted enjoying wine in a black crewneck

Simple way to boost your health while helping the environment