© Provided by ABC NEWS A woman who was strip searched at the AMC had her human rights violated, a report has found. (ABC News: Ian Cutmore)

A review into an incident at Canberra’s jail where an Indigenous woman was forcibly strip-searched has found that she had her human rights violated.

The 37-year old woman was held down and had her clothes removed, or cut off, during an incident at Canberra’s Alexander Maconochie Centre (AMC) earlier this year.

She wrote a letter describing the incident, where she said she felt “absolute fear and shame”.

Inspector of Correctional Services Neil McAllister released a report today, in which he described the incident as “degrading and traumatising” and committed to implementing two body scanners to avoid resorting to strip searches in the future.

Recent data showed that over a period of months until earlier this year, strip searches were conducted on Indigenous women twice as often as non-Indigenous women at Canberra’s jail.

Woman had suffered sexual assault prior to strip search

In the letter the woman wrote describing the incident, she said in the days prior she had become upset on learning she would not be able to attend her grandmother’s funeral, accompanied by officers, for logistical reasons.

She said she was then moved to the crisis support unit due to concerns for her wellbeing, and was placed in a cell, before the strip search took place.

“The female officers were in full squad gear,” the woman wrote in her letter.

“There [sic] intention was to forcefully remove all of my clothing by cutting my clothes clean off.”

The woman said she had recently been a victim of sexual assault, and the strip search had taken place in front of men at the prison.

“So you can only imagine the horror, the screams, the degrading feeling, the absolute fear and shame I was experiencing,” she wrote.

But the review stated there was no reason to believe any male detainees witnessed the strip search.

However, the report did find that there was non-essential staff, including men, present during the “use of force” to search the woman.

Mr McAllister’s report found the strip search itself had been lawful, but the attempt to forcibly remove the woman’s clothing was inconsistent with the ACT human rights legislation.

The report handed down by Mr McAllister found:

“There is no doubt that the use of force would have been a highly traumatic incident for Detainee A, particularly given her recent history of sexual assault, her ongoing mental health condition, and the feelings of loss and grief experienced from the sudden death of her grandmother.”

She said it was time for corrective services to reconsider how they treated prisoners in the AMC.

“They need to change the way that they do things out there and stop being so punitive. All they’re doing is re-traumatising people,” she said.

Ms Tongs said the incident showed that racism continued to plague the corrective services system, and that people should not be punished for suffering mental health conditions.

“Absolutely racism is an issue. It’s probably the number one issue in prisons. And the punitive behaviour and the disgusting, derogatory manner in which staff are allowed to speak to people,” she said.

She said a royal commission into the AMC had been requested.

“Canberra needs to take a good look at itself,” she said.

“This could be anyone’s daughter, or even son, that’s been subjected to this sort of behaviour over the years.

“Drugs and alcohol and mental health don’t discriminate, and unfortunately, people do.” 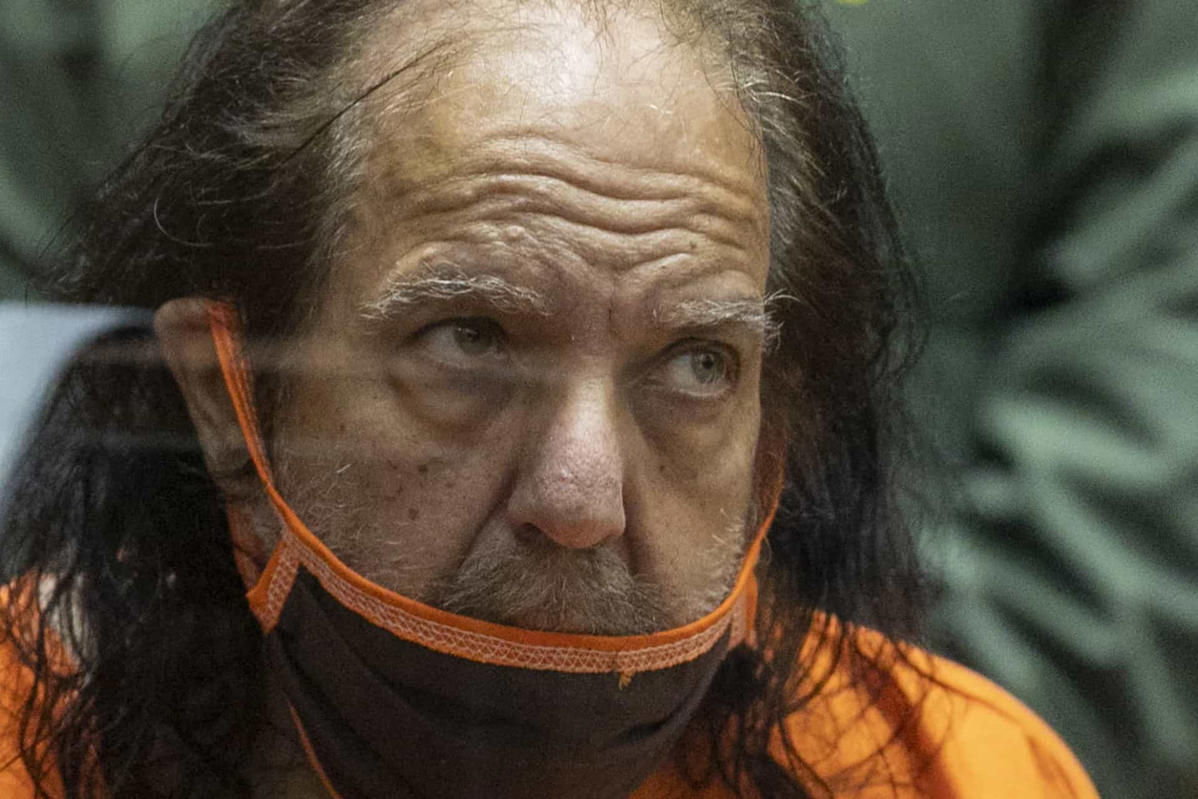 Tactics Board: Man United's press goes from bad to worse as Liverpool show them how it's done

Majority in US concerned about climate, new poll finds

WASHINGTON (AP) — President Joe Biden heads to a vital U.N. climate summit at a time when a majority of Americans regard the deteriorating climate as a problem of high importance to ... Read more »

There comes a point in every major legislative negotiation when a deal is in sight, but not close enough to be a sure thing. © Evan Vucci/AP President Joe Biden ... Read more »

How Apple's larger-screen Apple Watch opened up some new ideas

The Apple Watch’s display doesn’t feel so small anymore. In fact, it’s getting surprisingly expansive. The new, larger-screen Watch Series 7 didn’t get a ton of new changes, but its larger ... Read more »

Ember is a new NPC that has been introduced in Fortnite Chapter 2 Season 8 in the v18.30 update. She will have new punchcard challenges that players can complete, each ... Read more »

© Provided by Hello! eamonn-holmes Eamonn Holmes has announced he has contracted coronavirus, despite being “double jabbed”. The This Morning host, 61, shared that he will now be self-isolating at home, meaning ... Read more »

Most in US see climate as important issue: poll

A majority of Americans regard climate change as a problem of high importance to them, according to a new poll which shows that perceptions of the issue have changed significantly ... Read more »

Queen of the South travel to Hamilton tonight as they continue one of their hardest weeks of the season. The Doonhamers drew 0-0 with Morton on Saturday and now face ... Read more »

Mohammed Shami A day after Mohammed Shami was singled out and targeted by trolls on social media after India lost to Pakistan by 10 wickets in a T20 World Cup ... Read more »

Get gifting: This M&S beauty set is the perfect stocking filler

It’s never too early to start Christmas shopping. (Marks & Spencer) Yahoo Life's editors are committed to independently selecting wonderful products at great prices for you. We may receive a ... Read more »

Julian Assange is wanted in the US to face 18 charges over the 2010 release by WikiLeaks of 500,000 secret files relating to military campaigns in Iraq and Afghanistan (Dominic ... Read more »

People walk in the rain in Westminster in London (PA Wire) Halloween could be ruined by a weekend washout in London. It is bad news for trick or treaters after ... Read more »

The peer has tabled an amendment in tonight’s Social Security (Uprating of Benefits) Bill in a final attempt to save pensioners from losing out. At the last election, Conservatives pledged ... Read more »

HS2 is facing a backlash from the steel industry after a non-UK approved company from France was handed a crucial contract to prop up the train line’s tunnels.  © Provided ... Read more »

© Provided by Hindustan Times ‘Kisan Samman Diwas’ will be celebrated at the state, district and development block levels (Pic for representation) LUCKNOW The UP government will celebrate late Prime ... Read more »

The UP Police on Tuesday, October 26, arrested two persons for their alleged involvement in the killing of two BJP workers and a journalist during the Lakhimpur Kheri violence on ... Read more »

General Motors (NYSE: GM) will report its third-quarter earnings before the U.S. markets open on Wednesday, Oct. 27. What should we expect? © Provided by The Motley Fool Will General ... Read more »

Three things to know: Bulls are 4-0 for first time since Jordan era

© Provided by NBC Sports Three Things is NBC’s five-days-a-week wrap-up of the night before in the NBA. Check out NBCSports.com every weekday morning to catch up on what you ... Read more »

Soccer-Bayern support vaccination but not mandatory, amid Kimmich furore

MUNICH, Germany (Reuters) – German champions Bayern Munich support the vaccination of its players to protect against COVID-19 but it is not mandatory, the club said amid a furore caused ... Read more »

© Provided by Daily Mail MailOnline logo All eyes were on Keri Russell as she arrived to a special screening of her upcoming thriller Antlers on Sunday evening in New York ... Read more »

Protestors make the three-finger salute during a demonstration against the military coup in Yangon – AFP/STR Dozens of health workers have been killed, hundreds arrested and hospitals raided at least ... Read more »

Jeff Bezos’ Blue Origin announced plans today for a private “business park” space station that will serve both companies and tourists. The station should launch between 2025 and 2030, according ... Read more »

Krrish 4 EXCLUSIVE: Rajesh Roshan opens up on the sequel's music; Adds Hrithik Roshan will sing for the film

PHOTOS: Vicky Kaushal defines suave in basic denim and sweatshirt look as he gets snapped in the city

Ahead of COP26, focus turns to climate finance

'They must take them down': Mmusi Maimane reacts to DA posters with his face spotted in Western Cape

Revealed: the London boroughs most impacted by building safety crisis