© Provided by This Is Money MailOnline logo

I contacted Royal London asking if some of my pension could be released and I would repay what I take.

The reply was no money can be released until I am 55 – I’m 54 next month. I only need a small amount to pay off a debt.

Is it possible to borrow from a private pension? I have had to temporary cease monthly payments.

© Provided by This Is Money (

Steve Webb replies: Many people will be approaching retirement and have pension savings sitting alongside debts.

So it is worth thinking through some of the issues around using pension savings to pay off debts and what alternatives someone in that situation could consider.

I should stress at the outset however that it is generally a very bad idea to attempt to access your pension before the normal minimum pension age, which is currently 55.

HMRC give tax breaks on pension saving to encourage people to lock up their money until they are at least 55, so even if your pension company did let you get at your money before that age this would result in serious tax penalties.

It wouldn’t matter if you said it was a loan and you were going to pay it back.

For those aged 55 or over, as you will be next year, using pension savings to clear debts could look attractive.

This could be particularly true if the debts carry with them a high rate of interest. But there are several reasons to be careful before tapping in to a pension in order to clear a debt.

First, there may be better ways of handling your debts. If you are in serious debt you should speak to a free debt adviser (for example, the charity Stepchange: About StepChange. The UK’s Largest Debt Charity. ) who might be able to suggest a better route.

© Provided by This Is Money ( 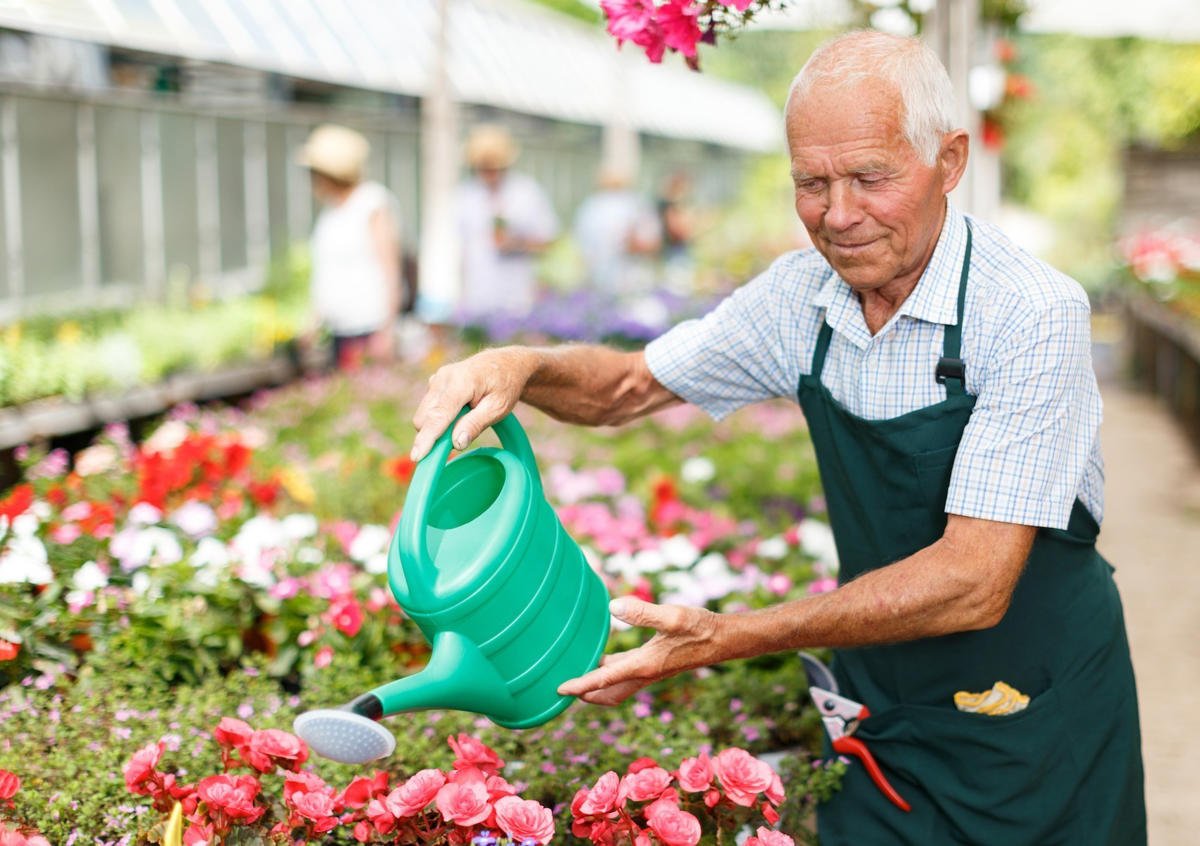 This could mean you were clear of your debts and still had your pension savings intact.

A second reason to be careful about using your pension to clear your debts is that you could pay a lot of tax, even if you are aged 55 or over.

If you take a large amount from your pension in one go you are taxed on the whole amount as income in that year. This could make a big dent in your pension.

Even if you could spread the withdrawals over two or more financial years you might pay a lot less tax overall.

A third consideration would be what impact taking pension cash now might have on your ability to build up your pensions again in future, perhaps if your circumstances changed.

As we have covered in this column before, in most cases if you take taxable ‘chunks’ of cash from a ‘pot of money’ pension then you may trigger a limit (the ‘Money Purchase Annual Allowance’) which would restrict how much tax relief you could get in future.

An additional consideration would be whether you have other savings (eg Isas) which could be used in preference to pensions.

Particularly for someone under 55, an Isa is likely to be a much better approach, and tapping into an Isa would protect your pension which would be an advantage if you thought you might fall within the inheritance tax net one day.

Under current rules, money in a pension would be outside your estate for inheritance tax (and favourably treated for income tax purposes if you die under 75), whereas money in an Isa would be counted in full.

Returning to your specific situation, it might be worth talking to your creditor to see if clearing the debt in a year or so might be an option.

Although the other caveats should still be born in mind, at least if you are aged 55 you would be able to take pension money without a big tax penalty for an ‘unauthorised payment’ on top of normal taxation.

I should add that if you do speak to a debt adviser, you may find the process very helpful.

A debt adviser would normally look at your income, to make sure you are getting all the benefits and other help to which you are entitled and look at your expenditure to see if there are ways you could save a bit of money to improve your overall finances.

They would also look at your debts, liaising with creditors on your behalf and advising you on the best strategy for handling them.

Before making any decisions about using your pension now or in the future to tackle your debts, this is where I would start.

He is ready to answer your questions, whether you are still saving, in the process of stopping work, or juggling your finances in retirement.

Steve left the Department of Work and Pensions after the May 2015 election. He is now a partner at actuary and consulting firm Lane Clark & Peacock.

If you would like to ask Steve a question about pensions, please email him at pensionquestions@thisismoney.co.uk.

Steve will do his best to reply to your message in a forthcoming column, but he won’t be able to answer everyone or correspond privately with readers. Nothing in his replies constitutes regulated financial advice. Published questions are sometimes edited for brevity or other reasons.

Please include a daytime contact number with your message – this will be kept confidential and not used for marketing purposes.

If Steve is unable to answer your question, you can also contact The Pensions Advisory Service, a Government-backed organisation which gives free help to the public. TPAS can be found here and its number is 0800 011 3797.

Parablu Raises $1 Million In Pre-Series A

Two Recent IPOs To Put On Your “Nice” List

Støre: We are working on tightening the rules for entry to Norway

A five-year-old was shot at a Thanksgiving family gathering on Thursday on the 8000 block of Florida Avenue by a teenager (REUTERS) A five-year-old boy in Minnesota was killed on ... Read more »

'Waited for long': SC to decide punishment for Vijay Mallya in January

The Supreme Court on Tuesday said it has waited for sufficiently long, and the process to award punishment to Vijay Mallya in a contempt of court, in which he was ... Read more »

Brighton and the thin line between frustration and entitlement

Brighton supporters booed their team from the pitch at the end of their game with Leeds, but is this entitlement or justified frustration? © PA Images Brighton manager Graham Potter ... Read more »

© Provided by Daily Mail MailOnline logo Liverpool owners Fenway Sports Group have reached an agreement with the Pittsburgh Penguins that would give the conglomerate controlling interest in one of ... Read more »

© Provided by Daily Mail MailOnline logo She never fails to turn heads with her impossibly stylish looks. And Rochelle Humes hit a fashion high note once again as she ... Read more »

© Provided by Dot Esports China went through one of the biggest shakeups ahead of the previous Dota Pro Circuit, and the same thing happened this year as multiple top ... Read more »

Does converting classic cars to electric make them better?

Video: 'When we have a plan...we'll contact you': Health minister tries to calm booster jabs booking scramble as she says GPs will contact people when eligible but doctors warn government targets mean they don't have capacity to help

'When we have a plan...we'll contact you': Health minister tries to calm booster jabs booking scramble as she says GPs will contact people when eligible but doctors warn government targets mean they don't have capacity to help

The JCVI announced all over-18s in the UK would be invited for a third Covid jab to protect against OmicronExperts fear the strain — also known as B.1.1.529 — is most infectious yet and may dodge vaccine protectionMove prompted thousands to rush to book jabs, but eligible over-40s are still facing hurdles to get their doseDozens reported waits over a month, being stuck on the phone and being directed to sites tens of miles awayBut ministers are aiming to carry out 500,000 Covid jabs a day in an effort to outpace the Omicron variant Meanwhile, No10's spokesperson today hinted Britons could require booster dose to be 'fully vaccinated'If vaccine passports were introduced, all adults may require third dose to go to pubs and restaurantsAre YOU unable to book a booster vaccine near to you? Or do you face a long wait? Email tips@dailymail.com   Read more »

Video: 'If you're standing up and not drinking, wear a mask': London Mayor Sadiq Khan urges punters to carry on using masks in pubs and bars as Tube commuters STILL refuse to wear face coverings on packed carriages despite threat of £200 fines

Winter travel plans in chaos as Switzerland imposes quarantine on arriving Brits Anyone entering Switzerland from the UK must now quarantine for 10 days Comes after cases of Omicron variant were discovered in England and Scotland  Rules will hit skiers flying to Geneva who plan to travel to slopes in France, as well as those with holiday plans in Switzerland itself Read more »

Boris Johnson's popularity among Tory members slipped into the red this monthOnly second time that Mr Johnson has had a negative rating since 2019 election Meanwhile, Foreign Secretary Liz Truss has now been top of the table for a year  Read more »

The ex Attorney General has been cleared by parliament's Privileges Committee The committee has though recommended the rules be tightened as a resultHe was accused of a historical rape while a teenager Mr Porter sued the ABC over report of the rape, and stood down as a minister  Read more »

Video: Masks rule returns...but not everyone is on board: Some commuters still refuse to wear face coverings despite £200 fines coming into force in shops and public transport TODAY amid calls for tougher enforcement

Neighbours star Madeleine West, 40, flaunts her trim pins in a pair of Daisy Dukes as the mother-of-six heads to the shops in Byron Bay with her kids

Neighbours star Madeleine West has made no secret of her trim pins over the years.  And the 40-year-old proved she’s still in fantastic shape when she slipped into a pair of ... Read more »

Video: What ARE the new Covid rules? Government says travellers can take PCR test on or BEFORE day two meaning they can take one at airport soon as they land in UK - as mask and self-isolation rules also start tomorrow

NASA has plans to put a nuclear power plant on the Moon within this decade but it's publicly asking for help to make it happen. The space agency and the ... Read more »

ANNE Robinson has broken her silence on her Countdown 'feud' with Rachel Riley – admitting 'I'm hard to please'. The Sun revealed how the pair have clashed over dressing rooms, ... Read more »

A MUM has revealed how her breast milk drastically changes in colour depending on how her baby is feeling. Jessica Gancedo shared a video on TikTok where she showcased the ... Read more »

I’M A Celebrity is facing further chaos as the damage caused by Storm Arwen has forced producers to CANCEL Monday night's episode. ITV was forced to cancel last weekend’s episodes of the ... Read more »

AS any parents will know, taking kids shoe shopping can be a very trying experience. But one clever mum has come up with a way to take the stress out ... Read more »

In Thailand, Myanmar exodus a lifeline for COVID-battered economy

Don't Socialise If You Don't Need To, Health Chief Says Amid Omicron Concerns

EXCLUSIVE: Katrina Kaif to shoot for THIS film from December 15 after marriage with Vicky Kaushal; Read Deets

'Naa Kosam' song from Nagarjuna's 'Bangarraju' out on Dec 1