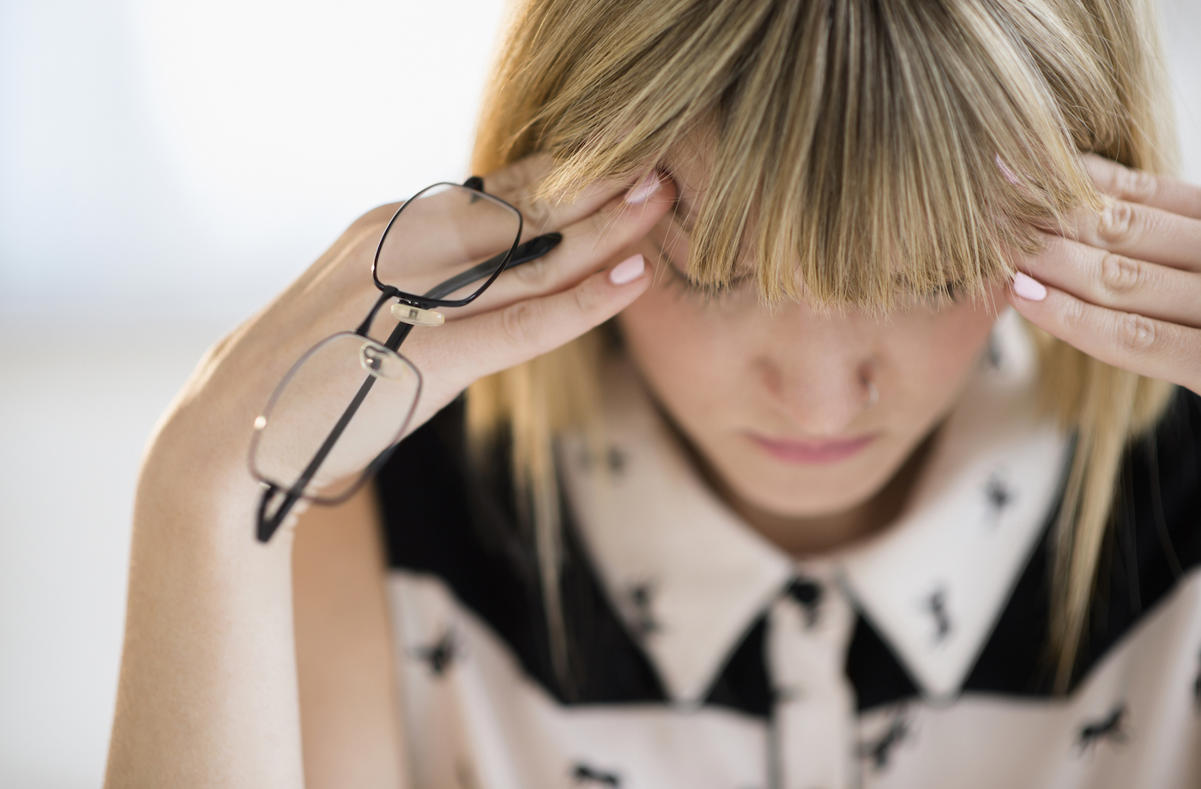 As we age, some of the bodily functions we once took for granted can become a little less reliable. It might be more difficult to hear, remember certain things, or just to bend down. Vision is not exempt from this degenerative process, which means it can become increasingly difficult for some people to see well as they age. And a growing body of research shows that this age-related deterioration in vision correlates to a decline in cognitive function, too. In other words: There is an eye-brain health connection.

A recent study published in JAMA Network Open, for example, followed individuals aged 60 to 94 whose vision and cognition were tested every one to four years for a span of approximately seven years. Researchers concluded that those whose vision scored poorly initially were more likely to experience problems with memory, attention, and other cognitive functions over time. To be clear, if you’re born with a visual impairment or developed one earlier in life, your brain is able to adapt due to a phenomenon known as neuroplasticity, which is a type of flexibility that allows for growth and change, says neurologist Faye Begeti, MD, PhD. But neuroplasticity declines with age, she add, which is why later-onset vision loss can lead to cognitive decline.

While the exact cause-and-effect relationship is still being investigated, but Dr. Begeti says there are a few reasons for the correlation between vision loss and a decline in cognitive function. “Conditions such as diabetes and high blood pressure affect blood vessels to both the brain and eyes, leading to cognitive impairment and visual loss concurrently,” she says. In other words, the same health issues that damage vision also damage cognition, so it makes sense that both would occur in the same individuals.

Neurologist and Brain Wash author David Perlmutter, MD agrees with this hypothesis, noting that the eye, and specifically the retina, does not respond well to issues like poor blood supply, damage to the arteries, inflammation, and a process called oxidative stress, whereby free radicals overwhelm the body’s ability to protect against them. And the brain, he says, is negatively impacted by these issues as well.

Degenerative cognitive diseases such as Alzheimer’s, Dr. Perlmutter explains, are classified as inflammatory diseases, meaning they are caused, in part, by inflammation in the brain. “So anything in the long run that can allow inflammation to smolder [e.g. poor diet, lack of exercise, and other lifestyle choices] will cause a decline in vision and will similarly affect the brain,” he says.

And even though cognitive decline and vision loss may be happening simultaneously, vision loss can exacerbate issues with cognition, too. “There are many resultant negative consequences of visual loss such as social withdrawal, reduced physical activity, and depression, all of which are independent risk factors for developing dementia,” Dr. Begeti explains.

Your brain is also forced to work harder when you can’t see well, which further impacts its decline. Dr. Begeti explains that while mental stimulation is good for the brain, this form of hard work is not. She likens it to walking more when you have an injury that makes it hard for you to walk—all you’re doing is exacerbating the injury.

To be clear, cognitive impairment caused by, say, vision loss-induced isolation—and hard work on the brain’s part—is not going to occur if you correct your vision issues with contact lenses or glasses. Still, corrective devices might not fix cognitive decline if it’s caused by the same processes that impacted your vision in the first place.

It’s important to note that this is not the sealed fate of every elderly person. Dr. Perlmutter insists that making healthy lifestyle choices throughout your life can significantly reduce your risk for the issues that cause vision loss. As proof, he points to a study published in the Archives of Ophthalmology that showed that giving zinc and antioxidants to elderly people with age-related macular degeneration (aka an eye disease causing vision loss) helped them preserve their vision.

He calls this knowledge “empowering,” and says that while it’s true that the same mechanisms that damage vision impact cognition, it’s within our control to avoid both forms of deterioration. “Our lifestyle choices have a huge role to play in whether we’re going to be intact cognitively when we’re 85,” he says. “You’ve got to exercise, you’ve got to have nutritious food—and what that means is more plant-based, higher fiber—and you’ve got to do all of the other things to reduce inflammation in your body like getting enough sleep, reducing stress, and getting out in nature. These things work.”

Oh hi! You look like someone who loves free workouts, discounts for cutting-edge wellness brands, and exclusive Well+Good content. Sign up for Well+, our online community of wellness insiders, and unlock your rewards instantly.

BJP MLA Saini, 11 others let off: ‘lack of evidence'

Karnataka tribal youth is freed in Naxal case: ‘Having book on Bhagat Singh not unlawful'

What It Really Means To Be Plant-Based

© Provided by The Times of India NEW DELHI: Congress leader Rahul Gandhi on Friday told senior members of the Gujarat unit that the party has to work unitedly and ... Read more »

Rail strikes will go ahead as planned during crucial climate talks, the RMT union has confirmed – effectively shutting down Scotland’s train services when thousands of people plan to travel ... Read more »

A £5.7billion list of transport upgrade projects for eight regions of England is set to be confirmed in next week’s Budget and spending review. Rishi Sunak will try to fulfil ... Read more »

According to new research from UHY Hacker Young, of the capital gains made in the past year, an effective rate of only 14.9 percent tax was paid, down from 16.5 ... Read more »

After falling a game short of making the World Series last year, the Astros have a chance to make it there this year as Game 6 of the ALCS gets ... Read more »

The San Antonio Spurs take on the Denver Nuggets at 8 p.m. ET on Friday at Ball Arena. Both teams opened the season with statement wins, and are looking to ... Read more »

© Provided by Daily Mail MailOnline logo It is seen as the most high-profile reporting job in British broadcasting – and accordingly there is no shortage of candidates to be the ... Read more »

© Provided by The Guardian Photograph: Christopher Thomond/The Guardian Almost £7bn will be allocated in next week’s budget to “level up” urban transport in cities around England, the government has ... Read more »

Rishi Sunak will give metro mayors nearly £7bn in transport funding in a bid to improve transport links outside of London. The Treasury has announced the investment will be given ... Read more »

CALGARY — A murder trial has heard a Calgary man who killed his girlfriend and is also accused of killing her young daughter told undercover police that the woman wanted ... Read more »

Arsenal fans taunted Emiliano Martinez with a cruel chant during their win over Aston Villa at the Emirates on Friday night. The Gunners made light work of the Birmingham-based side ... Read more »

When the CDC recommended boosters Thursday for some people who received Moderna’s COVID-19 vaccine and everyone who received Johnson & Johnson’s, the agency also gave the OK for eligible adults ... Read more »

People who got Covid-19 vaccines were less likely to die from any cause compared to unvaccinated people, study finds

Gilead Sciences (GILD) Gains As Market Dips: What You Should Know