Lisa is just one of 3.8 million women born in the 1950s who had to wait six years longer than expected to claim their State Pension, after the retirement age for women was increased from 60 to 65, then to 66. Waspi stands for Women Against State Pension Injustice, a campaign group that is battling to win compensation for lost pension payments that average £50,000 each.

After leaving school at 15, Lisa spent 31 years working gruelling shifts in a local jeans factory, which left her with severe degenerative discs in her back and rheumatoid arthritis in her hands and neck.

When the factory closed she worked in a fruit and vegetable store and then a supermarket, but her condition made it a struggle.

“I remember crying with the pain on my way home from work,” said Lisa, who lives near Llandysul in Carmarthenshire.

Adding to her burden, she also had to look after her elderly parents five miles away, after her father had a stroke. 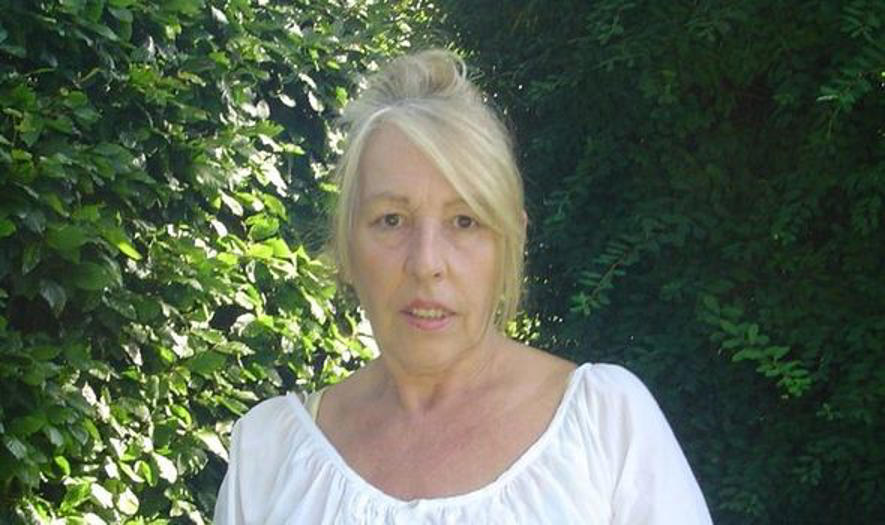 At 65, Lisa was finally unable to work any longer, and went to the job centre to claim benefits, which she found “humiliating”. “After working all my life, to register as unemployed at 65 was awful.”

Husband John, a self-employed electrician, had to work longer hours despite his own ill-health, but the bills mounted up despite careful budgeting.

Lisa, now 67, said: “All this pain and heartache and would have been avoided if I’d been able to get my State Pension at age 60, as I was promised when I started my working life all those years ago.”

Lisa and John finally have their State Pensions, which has eased their hardship. “We can’t afford holidays, but at least we know where our next payment is coming from. It’s been a long time coming.”

In July, their campaign won the backing of the Parliamentary and Health Service Ombudsman, which said the DWP should have given more notice of moves to raise the State Pension age, accusing it of “maladministration”.

The Ombudsman has no power to refund lost pensions or pay damages, but it can recommend the Government compensates Waspi women.

Campaigners are now pressing for compensation, and say it should reflect the financial and health struggles many have faced. 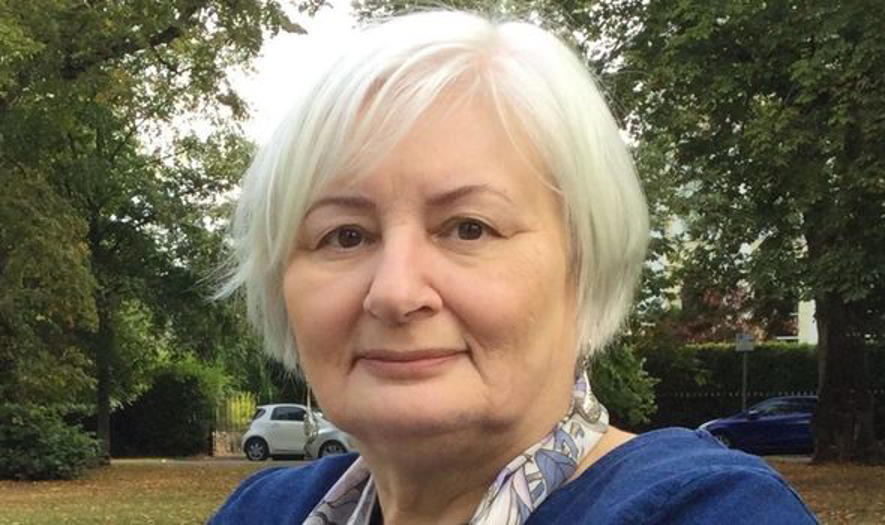 The final decision rests with MPs and Waspi women hope to win cross-party support for their case.

Lisa hopes their hard-fought campaign will finally succeed. “A compensation payment could really improve our quality of life. It wouldn’t make up for everything we’ve been through but it would certainly be a help,” she said.

The DWP said the Government decided to equalise the State Pension age for men and women more than 25 years ago, as a long-overdue move towards gender equality.

It insisted that it had been supported by both the High Court and Court of Appeal, which found it acted entirely lawfully and did not discriminate on any grounds.

Omicron variant: Biden makes fresh plea to Americans to get vaccinated as he puts travel restrictions on eight countries

How to complete the Legally Blonde Challenge in BitLife

Puppet or patriot? The legacy of Jose P. Laurel

© Bereitgestellt von Blick TURIN, ITALY – NOVEMBER 27: Joakim Maehle of Atalanta BC battles for possession with Juan Cuadrado of Juventus during the Serie A match between Juventus and ... Read more »

Marvel Studios' Eternals To Debut On Disney+ In Jan 2022

© Provided by Geek Culture It’s been less than a full month since Marvel Studios’Eternals hit theatres all over the world, but the superhero movie has already received a premiere ... Read more »

Ludhiana | Man in woman's garb shoots at 2 men in Khanna

© Provided by Hindustan Times The victims had stopped by the roadside near Ludhiana’s Alaur village in Khanna for tea, when a bike-borne man in women’s clothes opened fire on ... Read more »

© Provided by Hindustan Times Swarn Singh — an ETT qualified teacher posted at a primary school in Barnala — atop a mobile tower at the Punjab MLA Hostel in ... Read more »

© Provided by The Times of India MUMBAI: The Maharashtra government on Saturday issued new rules making full vaccination — 14 days since the second dose — mandatory to board ... Read more »

Omar demands Amir Magray's body be handed over to his family

Chandigarh: Another theft from parked car after smashing glass

© Provided by Hindustan Times This is eighth such incident reported in Chandigarh in the past one month wherein thieves fled with items kept in a car after smashing its ... Read more »

Chandigarh: A mix of urban, rural woes in Ward 21

Education must to get rid of joblessness: Haryana governor Dattatreya

NASHVILLE, Tenn. (AP) — A shooting in a Tennessee apartment has left three people dead and four others wounded, police said. The shooting occurred Friday night in an apartment in ... Read more »

Teenager, 19, is charged under Terror Act with six counts of sharing extremist material after Met raided house in London

Elias Djelloul, 19, was charged with six counts of dissemination of terrorist materHe has been accused of sharing extremist material, the Metropolitan Police saidDjelloul was arrested in east London on Friday and will appear in court Monday Read more »

Healthcare worker collects a swab for a Covid PCR test at Tambo International Airport in Johannesburg (REUTERS) The new Covid variant found in parts of southern Africa has been designated ... Read more »

Video: Chris Pratt and his wife Katherine Schwarzenegger team up with her mother Maria Shriver and siblings as they go Christmas tree shopping

What you need to know about the Omicron COVID variant

The discovery of a new COVID-19 variant in South Africa this week caused alarm and swift action from a number of countries including travel restrictions. Here’s what you need to ... Read more »

The US State Department on Saturday formally warned Americans against traveling to South Africa and seven of its neighbors for fear of the new COVID-19 Omicron variant. The Level 4 ... Read more »

STRICTLY Come Dancing fans were left hot under the collar as they called AJ Odudu and Kai Widdrington's routine tonight the sexiest in the show's HISTORY. It comes just days ... Read more »

© Provided by Pinkvilla Andrew Garfield has recently opened up on his reunion with Tom Holland at GQ’s Men of the Year Party. During an interview on Nova’s Smallzy’s Surgery ... Read more »

© ITV/Shutterstock Simon-Gregson.jpg I’m a Celebrity fans tuning in for this weekend’s episodes will be very disappointed On Friday (25 November), the first live show of this year’s series was ... Read more »

Omicron: How the return of PCR tests and self-isolation for international travel will work

PCR tests are back for travellers arriving in the UK. Weeks after rules were eased to allow cheaper and faster lateral flow (antigen) tests, the government has tightened the rules ... Read more »

Three people were killed as Storm Arwen brought winds of nearly 100mph and heavy snow to the UK, tearing down trees, damaging buildings and leaving more than 150,000 homes without ... Read more »

Boris Johnson has expressed “absolute confidence” that people would enjoy a better Christmas this year than last, despite re-imposing a range of restrictions – including compulsory mask-wearing – to combat ... Read more »

Lumberton man charged with murder in connection with triple homicide

Nov. 27—LUMBERTON — A Lumberton man has been charged with murder in connection with the deaths of three men on Friday. Dekota Ray Locklear, 23, of Lumberton, was charged with ... Read more »

Whitley Bay in Northumberland experienced some snowfall (Rory Peace/PA) (PA Media) A man has died and travel plans have been severely disrupted as Storm Arwen battered the UK. Motorists were ... Read more »

© Provided by Hindustan Times Punjab CM Channi exhorted the gathering at a rally in Barnala to make sure that parties like the SAD and the AAP were wiped put from ... Read more »

© Provided by Hindustan Times Met officials said the weather remained cloudy in Kashmir and Ladakh whereas it remained clear to partly cloudy in most parts of Jammu region on ... Read more »

What channel is Livingston vs Rangers? Live stream, TV and kick off details for the Premiership clash

Video: French presidential hopeful Michel Barnier vows to TEAR UP border treaty with Britain and let ALL migrants travel to the UK to claim asylum after 'petulant' Macron's bust-up with Boris over tragedy that killed 27

Video: 'He made me wear it!' Victoria Beckham takes fashion tips from husband David as she rocks a tweed flat cap in PDA-filled country snap

PL hits and misses: Liverpool back to their old, old selves?