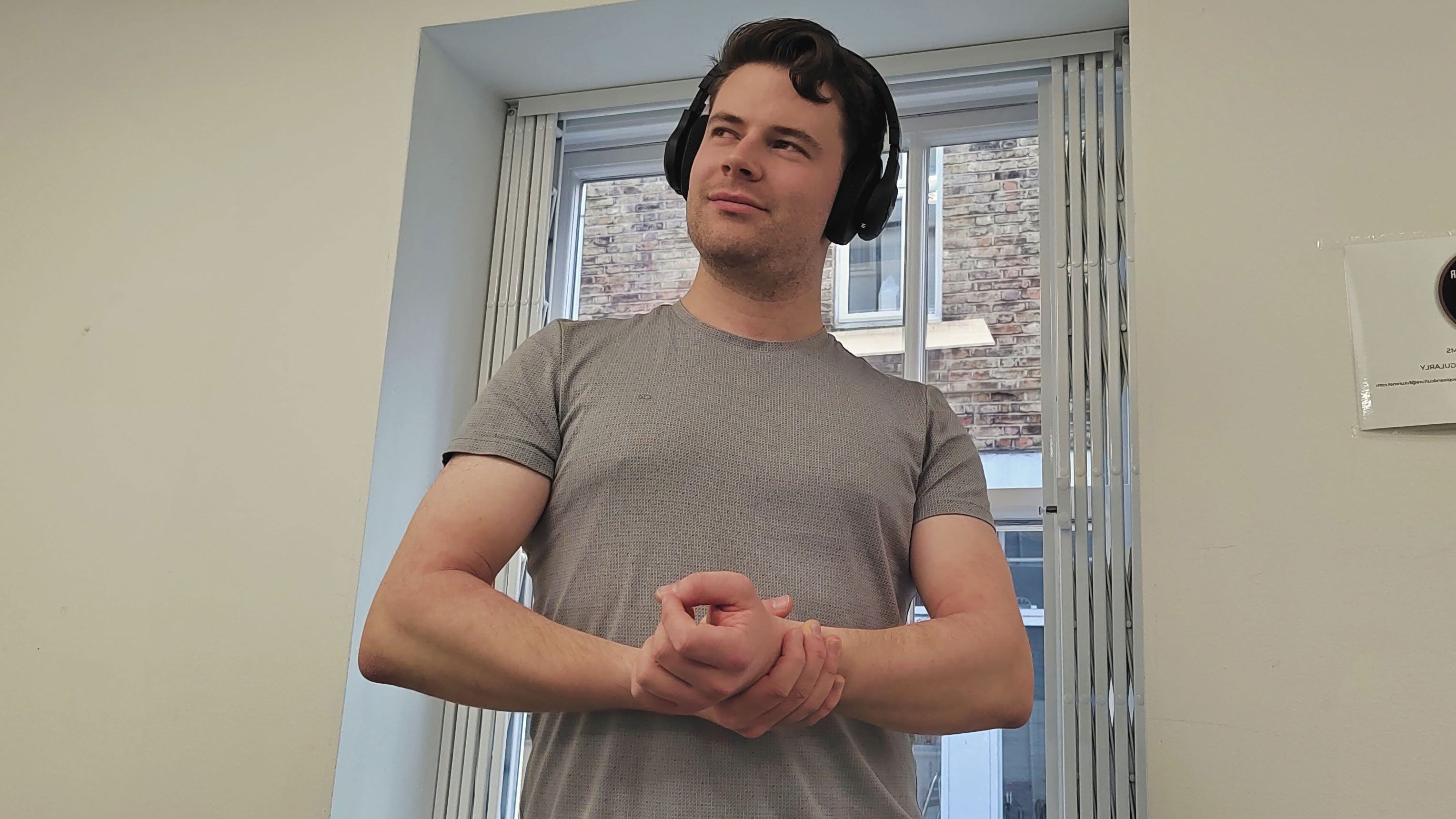 Dwayne ‘The Rock’ Johnson and I probably don’t have much in common. He’s a muscled ex-wrestler, while I’m an average-bodied writer. He’s a charismatic and energetic celebrity, while I’ve never been caught looking good on camera. He can act; I can’t.

However, I was presented with the opportunity to get one step closer to him when JBL and Under Armour unveiled their UA Project Rock Over-Ear Training Headphones, a collaboration between the audio brand, the sportswear brand and the geologically named celebrity. 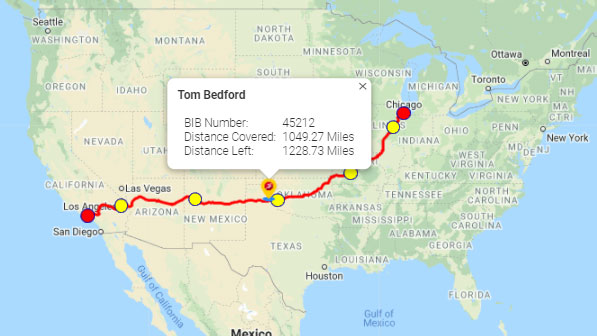 Now, I’d hazard a guess that the units received weren’t Dwayne ‘The Rock’ Johnson’s personal headphones – the plastic wrap on the box implies they aren’t. However, I haven’t seen any conclusive evidence that he hasn’t worn these before – but presumably the man’s good taste has trickled into these headphones’ design and audio capabilities anyway.

As part of my fortnightly running column, I’ve been testing various bits of exercise tech, and so the Project Rock cans seemed a perfect choice– they’re literally called ‘Training Headphones’, after all. Since the TechRadar offices re-opened following the pandemic, my workout motivation has been flagging. I was in need of a gadget to get me back on track.

More important, The Rock often refers to ‘Beast mode’, which is all about ‘pushing yourself to your limits’. Well, I treat my limits like I treat that cute coffee shop from which I live across – I keep meaning to go, but haven’t had a chance just yet. So my thinking was that these headphones would help me.

No train, no pain 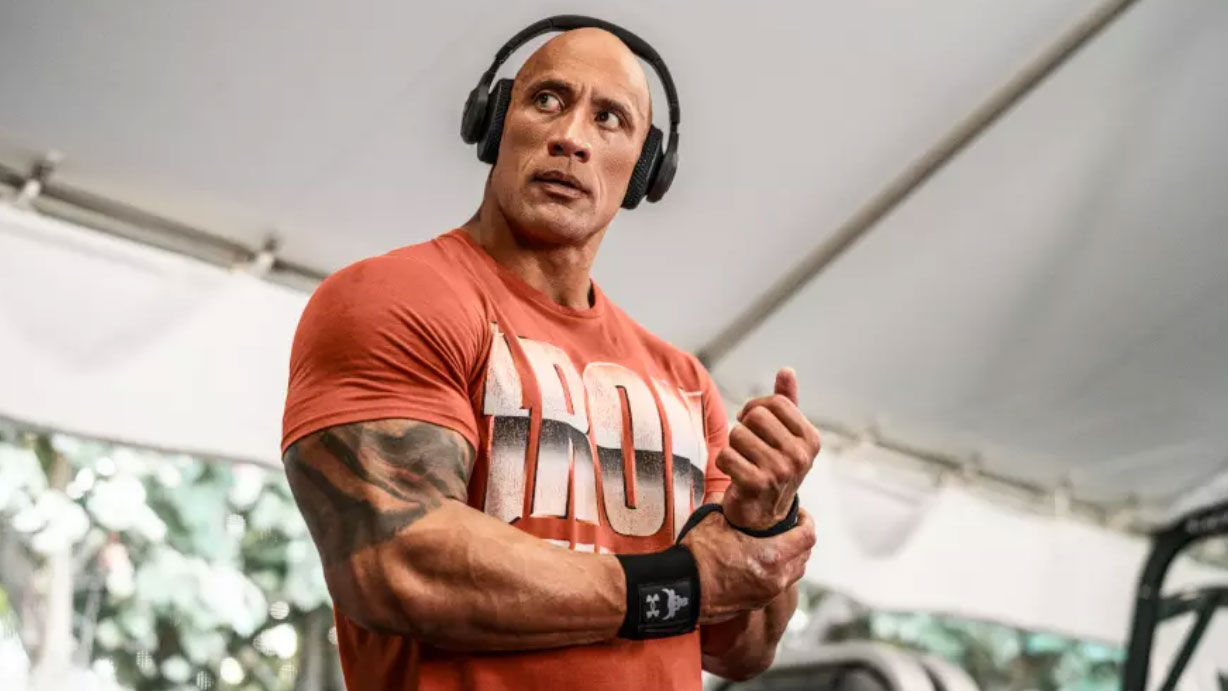 No, to find ‘Beast mode’ I needed to try harder, something that can prove quite difficult when you’re more versed in ‘feast mode’. After running around my local park a few times in the headphones, I certainly didn’t feel like I was nearing ‘Beast mode’.

I needed to hit Johnson’s level of workout, or as close to it as I could get, so I dug out some cheap home gym gear I bought for another of these workout columns: a pull-up bar, some resistance bands and an ab roller, to be precise.

This kit has seen action now and then, but my first course of action was to put together a routine to use it all – and then start following said routine daily, alongside heading out on frequent runs. To make the most of the cans, I really needed to Rock them.

I spent several days tugging on bands, pulling up on bars, rolling some… abs? Eventually, I was comfortably following a 30-minute routine that easily fit into my day.

But there’s that word, ‘comfort’ – that’s not the point! That’s not ‘Beast mode’! I needed to try harder.

Putting the ‘best’ in ‘beast’

I couldn’t just emulate The Rock in ‘Beast mode’, I needed to emulate him in spirit, too.

My first port of call was Spotify – these are headphones, after all – and made a playlist of songs from movies starring The Rock. This turned out to be a terrible idea, since the Venn diagram of ‘films starring Dwayne ‘The Rock’ Johnson’ and ‘movies with soundtracks that are great to work out to’ has little overlap. 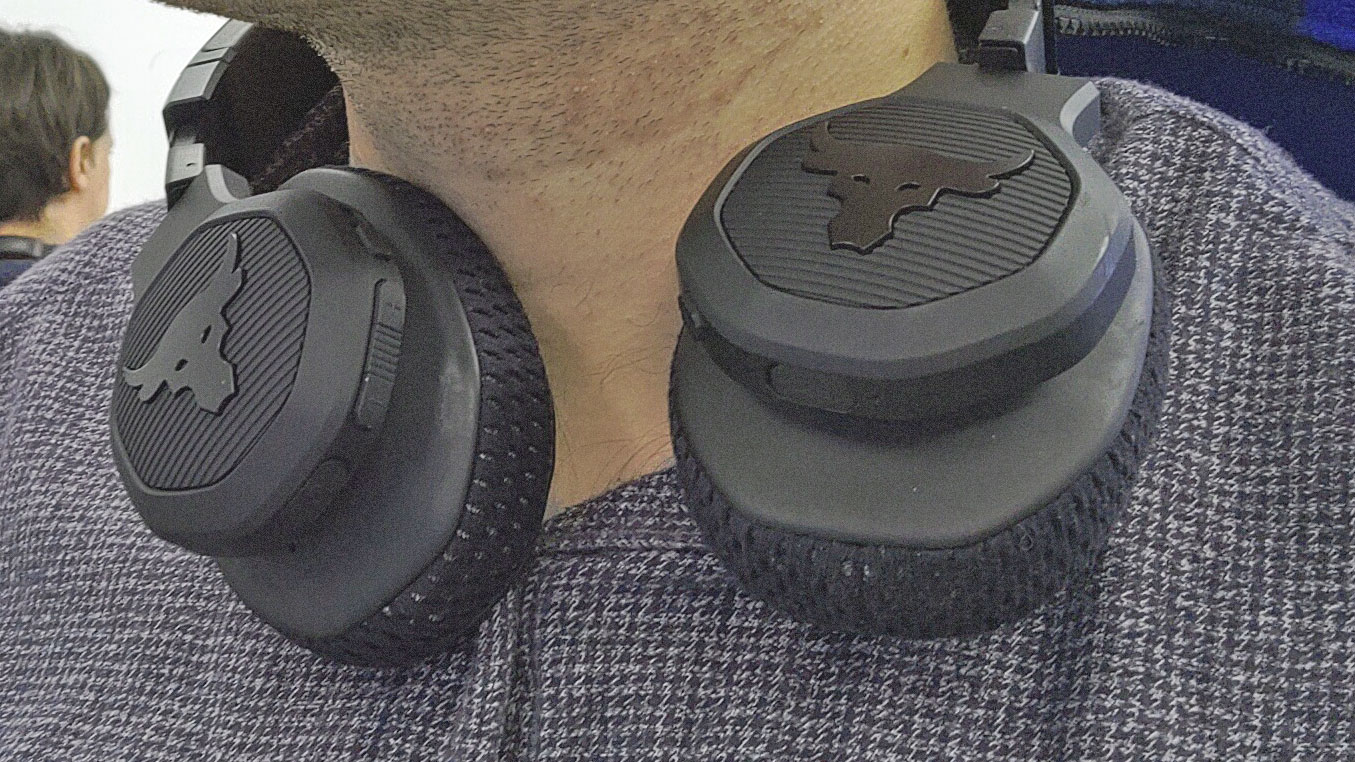 So I did an entire run – about 10km – listening solely to See You Again. It’s a good song, but the closest I got to ‘Beast mode’ was almost turning feral at the endless repetitions. That was a poor idea.

The headphones have a Project Rock EQ mode that boosts the bass and sound quality, which made the heavier parts of See You Again even more thumping – but given that half the song is just piano and high-pitched singing, I probably would have appreciated the changes more so with a different song.

When I got home, I paired the cans to my iPad and started going through my workout routine while I watched Mr Johnson on Netflix: Journey 2: The Mysterious Island was a natural choice, as a fan of Jules Verne myself.

Seeing the muscled legend ride on bees and beat up electric eels made me really conscious of my own body. I could barely pull myself up on the bar, let alone pull Josh Hutcherson through a CGI jungle (and puberty).

But I have the wonderful ability to zone out of tasks when I’m watching a movie, and this made it easy to continue through several sets of each exercise without noticing. Suddenly, I was resisting the resistance band’s pull and doing sets of squats without falling apart.

By the time the film was over, while I hadn’t quite found ‘Beast mode’, I had lost ‘Tom mode’, which is probably the next best thing. I’m not sure this is thanks to, or the fault of, the Project Rock headphones. I reckon it’s mainly down to my determination to look a little bit more like Dwayne Johnson, and less like that blob ghost from Ghostbusters.

But maybe that’s the point of branded tech – it’s neither literally nor figuratively going to turn you into your icon, but it will at least encourage you to try.

I now do a workout each time I’m watching a movie at home – this happens quite frequently, given I aim to watch 25 movies a month – and my ‘Beast mode’ exercises let me work out without noticing. Sure, this is unlikely to help in my quest to run or walk the distance of Route 66 in two years, but it’s certainly making me fitter, which is the whole point.

Tyler Sheridan’s phenomenally popular TV series made an explosive return in November, and we’re pretty sure we now know who ordered the Dutton family attacks. But a tense showdown in ... Read more »

The Chiefs are back! Or are they? Patrick Mahomes and co. looked like they were finally getting something going before their bye, and they’ll be put to the test by ... Read more »

Undefeated lightweight world champion Gervonta “Tank” Davis (25-0) fights the ultra-aggressive Isaac “Pitbull” Cruz (22-1-1), one of the hardest hitters in the division, in a title showdown that promises to ... Read more »

Microsoft is warning those who use Windows computers to stop using the Google Chrome browser as soon as possible. The company says users should be now switching to Edge instead. ... Read more »

TikTok owner ByteDance has ramped up its expansion into e-commerce with the recent launch of shopping app “Fanno” in selected markets across Europe, as the world’s most valuable technology start-up ... Read more »

The Vaccines Manufacturing Innovation Centre, set to be completed in spring 2022, has been put up for sale (AFP/Getty) Ministers’ plans to sell off the UK’s vaccine manufacturing plant would ... Read more »

Police were executing a warrant when they found the suspicious items. (Stock image: Getty) A man has been arrested and more than 50 houses evacuated after “suspicious items” were found ... Read more »

The rumor buzz is building, and it seems as though the Google Pixel Watch might finally become a real and released product in the near future. Now we’ve got some ... Read more »

Oppo may launch its first foldable phone this month