Football Reporter for The Sun Tom Barclay believes that James McArthur is great from a technical point of view and has praised the Crystal Palace star for always showing for the ball.

© Provided by This is Futbol McArthur

The 34-year-old midfielder has featured under new manager Patrick Vieira in all eight of the club’s matches so far and has also captained the team on four occasions this season in the Premier League.

With his eight appearances in all competitions this term, McArthur takes his total to 234 matches for the Eagles, scoring 19 goals and registering 20 assists.

Have you been impressed with Crystal Palace this season? 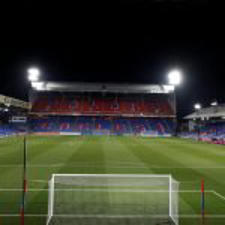 Barclay believes that the central midfielder is great from a technical point of view, telling This is Futbol: “From a technical point of view, decision making is very, very good. Rarely plays the wrong pass, rarely makes the wrong decision, is always showing for the ball, always wants it, is often the man when you watch Palace, maybe it doesn’t come up when you’re watching them on TV, but particularly when you’re watching live, he’s just always showing for it.

“I know that’s what a sort of good ball possession central midfielder does, but he does it well and sets up attacks and yeah, I can see why they’re raving about him and why Vieira really, really appreciates him.”

Under Vieira, Palace have taken seven points from their opening seven games, losing only one of their last six games prior to the international fixtures, which was against Liverpool at Anfield.

Palace ended last season in 14th after accumulating 44 points and whilst he is ambitious, Vieira told BBC Sport in August: “As a manager, to put my ideas in place may take longer, but we are quite ambitious and want to perform and compete at this level.”

Joe changes his tune on travel bans: Biden halts flights from eight African nations despite criticizing Trump for stopping European arrivals in 2020 - and hours after Dr Fauci said the US must study data before making a decision

Vikings' Everson Griffen on NFI list, out after scary incident at his home

The Minnesota Vikings sent defensive end Everson Griffen to the reserve/non-football illness list on Friday, meaning he will be sidelined for at least three games. Griffen was transported to a ... Read more »

A fourth wave of Covid is sweeping across Europe, causing thousands of deathsDaily case numbers running at twice pandemic's previous peak in some nationsUK rates have stayed steady since July, and deaths are just 1/10th of all-time highSome experts believe AstraZeneca jab may be the reason for the UK escapingDiscovery could prove vital for Australia too ahead of a coming booster program  Read more »

Bleacher Report lists three players the Lakers should trade for

The Los Angeles Lakers have started 10-10, which is far from what the team envisioned over the summer. Los Angeles has championship aspirations, but it has not resembled a championship-caliber ... Read more »

Video: Maya Jama smoulders as she shows off her ample cleavage in a tiny yellow string bikini while soaking up the sun on her latest tropical getaway

A person 'with a knife and hostile intent' was shot and killed outside the entrance to a Marine Corps Recruit Depot in San Diego Friday afternoonThe individual drove their Jeep Grand Cherokee to the civilian entrance They then ignored warnings by base personnel and exited their vehicleThe person reportedly had a knife and was fatally shot by military police The incident is currently being investigation by Naval Criminal Investigative Service (NCIS), who have sealed off the area  Read more »

Thousands in Southern California were without power on Thanksgiving for the second year running as the region's largest utility cut off service As of Friday night, a few thousand in the region were still without service Edison International of Southern California halted power service to 63,835 homes on Thanksgiving Companies were shutting down power to avoid having live wires spark blazes and possible wildfires as a wind storm hit the area There was an 18-acre fire in the San Diego-area Thursday  Read more »

After some professional performances earlier in the season, Chelsea have looked like a team ready to cut loose in recent outings. The Blues have strung together impressive back-to-back wins this ... Read more »

Soccer-Dortmund's Haaland to return from injury for Wolfsburg trip

No one saw the best season in Ole Miss history coming. Except Lane Kiffin and his players.

STARKVILLE — Just because it had to be this year doesn't mean it was always going to happen. Two years into Lane Kiffin's tenure as the football coach at Ole ... Read more »

Every farmers' worst nightmare is coming to pass; the mass culling of healthy animals because there simply aren't enough butchers to process them and get them off farms.. So how did we get here? Read more »

LIVE – Updated at 03:28 © PA PRI179974004.jpg People have been urged to stay indoors and avoid driving as Storm Arwen sweeps into the country, with the Met Office issuing ... Read more »

Has enough time passed for Steve Smith's sins to be forgiven?

It has been more than three and a half years since Steve Smith’s captaincy of the Australian men’s Test team ended in tears. A fair bit has happened since then ... Read more »

Thursday, the people of Everson came together to provide food and community to the victims of flood destruction. Read more »

Devin Booker with a 3-pointer vs the New York Knicks

Knicks takeaways from Friday's 118-97 loss to Suns, including shooting just 37%

Knicks mitchell robinson fights for rebound black jersey phoenix suns The Knicks shot poorly against the red-hot Phoenix Suns as they fell, 118-97, on Friday. Here are the takeaways…. – ... Read more »

Round 14: Juventus vs. Atalanta match preview

© Photo by Marco Rosi/Getty Images for Lega Serie A The fallout from Juventus’ 4-0 loss to Chelsea on Tuesday night has been very much expected, very much deserved and ... Read more »

Best podcasts of the week: the life and death of Diego Maradona

Photograph: Rodrigo Abd/AP Thierry Henry is among the hosts of a new multilingual podcast about the football legend. Plus: a deep dive It’s Always Sunny in Philadelphia, and I’m Not ... Read more »

Roman Britain is still throwing up secrets – and confounding our expectations

Photograph: ULAS/PA Walking the local landscape was a feature of many lives during the lockdowns in Britain last year. Not everyone discovered a ravishing Roman mosaic while rambling across the ... Read more »

The omicron variant of COVID-19, which was identified by South African scientists, have sparked new travel restrictions and fears over whether current vaccines are effective against it. FOX 10’s Nicole ... Read more »

A new coronavirus variant was recently discovered, and the news has sent shocks through the global financial markets. As a result, stocks and commodities have been negatively affected over the ... Read more »

This content is not available due to your privacy preferences.Update your settings here to see it. Steph's ability, Warriors' 'firepower' leaving defenses helpless originally appeared on NBC Sports Bayarea It's ... Read more »

For a club more than £1billion in debt, Barcelona certainly are very active when it come to pursuing top talent in the transfer market. Maybe you just have to sit ... Read more »

Dani Laidley revealed she attempted to take her own life on April 5, 2020Laidley was struggling with a life of gender dysphoria when she made decisionOne month later photographs of her were leaked by officers to the public Contact Lifeline 13 11 14 or Kids Helpline on 1800 55 1800 for support Read more »

Almost from the moment Florida fired Dan Mullen, there has been a lot of smoke surrounding their interest in Louisiana-Lafayette head coach Billy Napier. A report published by Swamp247 on ... Read more »

CHRISTOPHER STEVENS looks back at the career of Stephen Sondheim

© Provided by Daily Mail MailOnline logo Tributes poured in last night for Stephen Sondheim, the genius behind some of Broadway’s greatest musicals who has died aged 91. After scoring his ... Read more »

Ja Morant has become one of the most fun players in the NBA but the Grizzlies’ young star left Friday night’s game against the Hawks with a leg injury. © ... Read more »

(Reuters) – Los Angeles Lakers forward LeBron James has been fined $15,000 for making an obscene gesture during a game and was also warned for using profane language during a media ... Read more »

Following his first game back from a suspension, Los Angeles Lakers star LeBron James has been hit with a fine from the NBA for an “obscene gesture.” © Provided by ... Read more »

Anthony Edwards on Jimmy Butler going chest-to-chest with him: “That s*** be fake”

She's a blushing bride! Laura Henshaw stuns in a white strapless wedding dress as she ties the knot with partner Dalton Graham in 'dream day' held at a winery in Victoria

Inflation warning: Savers urged to lock their money away to stop it ‘losing value'

Pension and state pension income can be boosted by taking action - 'never too early!'

Retire early: how to turn your side hustle into a million pound business