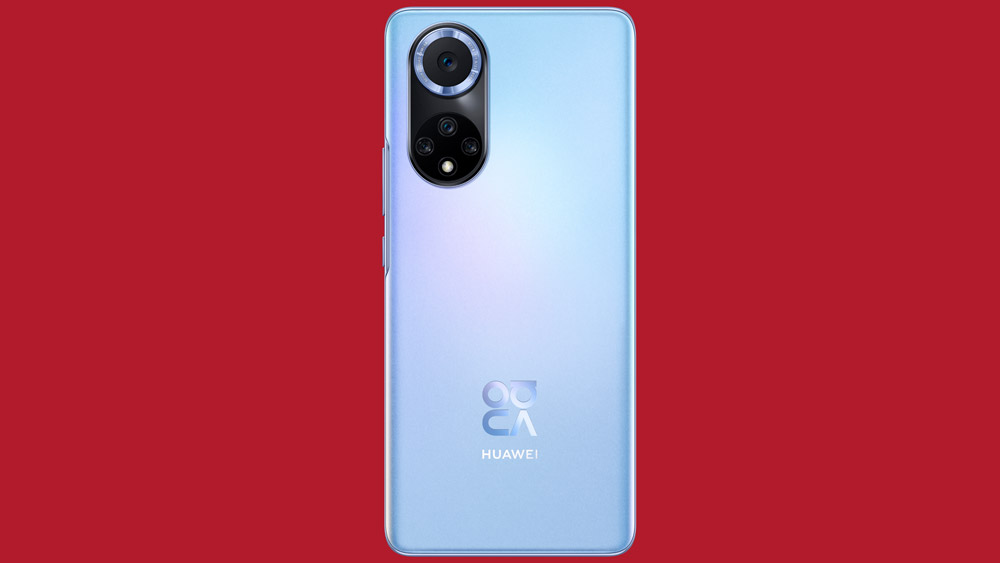 The Google Pixel 6 range unsurprisingly has all the attention right now, but these aren’t the only new phones on the block, as the Huawei Nova 9 has also just been unveiled.

Technically this was actually unveiled in September, but back then it was only announced for China, whereas now it’s getting a wider launch. That said, while we’ll likely see it in the UK and possibly Australia, a US launch won’t be on the cards.

Those rear cameras are housed in a distinctive oval camera block with two big circles – a design that’s similar to what we’ve seen on the Huawei P50. The rest of the design here includes a glossy back in Starry Blue, Crush Green or Black, and an all-screen front with a punch-hole camera.

They’re promising specs – if the price is right, but sadly that detail hasn’t been revealed yet, and nor has the release date or availability, though as noted we wouldn’t expect this in the US given the Huawei ban.

Looking at these specs, the Huawei Nova 9 could stand up well to the Pixel 6 in many ways. It has a larger screen with a higher refresh rate, more cameras and faster charging – though its chipset is likely lesser, and it has a slightly smaller battery.

The real problems the Huawei Nova 9 face though are firstly that it doesn’t include 5G, which at this point is basically a standard feature in mid-range and above phones.

An even bigger problem though is that while the Nova 9 runs Android (with Huawei’s EMUI 12 overlay), it lacks access to the Google Play Store or Google’s apps.

This is a problem Huawei phones have been facing for years now, and it makes them harder to recommend – though there are alternative app stores where many apps can be found.

An occasional bad 'un? Three Met Police officers have been jailed in a month

Global consumer spending on the Apple and Google apps stores is to touch $133 billion this year with a 19.7 percent year-over-year growth, a report by market analytics firm Sensor ... Read more »

Qualcomm may shift some Snapdragon 8 Gen 1 production to TSMC: Report

Photo credit: Dima Solomin / Unsplash Telegram has introduced a new version of the messaging app, and like previous updates, it is also filled with new features that should give users more control ... Read more »

PS5 and Xbox stock: Inside a full-time scalping operation keeping consoles off shelves this Christmas

The PlayStation 5 and Xbox Series X launched just over a year ago, but a global shortage of computer chips is still challenging supply. And scarcity at a retail level is being aggravated by a cottage industry of resellers. Read more »

Apple iPhone users to get parts and service history feature: What is it and how it works

Apple is gearing up to roll out the iOS 15.2 update for eligible iPhones. Most of the features that will be available with the major update have already been spotted ... Read more »

Need tighter regulations to deal with cybercrimes: IT minister

There is a need for tighter regulations to deal with cybercrimes, Union Minister for Electronics and Information Technology Ashwini Vaishnaw said on Wednesday. Replying to questions in the Lok Sabha, ... Read more »

Japanese billionaire, producer blast off as first self-paying tourists to ISS since 2009

MOSCOW — A Japanese billionaire and his producer rocketed to space Wednesday as the first self-paying space tourists in more than a decade. Fashion tycoon Yusaku Maezawa and producer Yozo ... Read more »

Mothballs to power spacecraft into orbit

A smell we all remember from our grandmother's wardrobe could be the newest thing in space technology. Australian scientists are testing whether mothball chemicals can power satellite rocket thruster systems. ... Read more »

Washington and Taipei have agreed to establish a new framework to boost investment and strengthen cooperation in key technology sectors like semiconductors, a move sure to anger Beijing, which has ... Read more »

Alchemy, the format that will not revamp Magic: The Gathering Arena

If you are an avid fan of Magic: The Gathering Arena, you definitely would have already heard and read about the new digital-only format that is set to shake up ... Read more »

Avoiding video conferencing meetings could soon be trickier than ever now that Google has made it much simpler to join a video or audio call via Gmail. The company has ... Read more »

Ammonites were jet-setters of the Mesozoic era, say scientists

Analysis of an extraordinary fossil discovered in a Gloucestershire gravel pit has given a fresh insight into how an ancient sea creature swam through oceans and defended itself from predators ... Read more »

A nail in the heel of the crucified skeleton (Albion Archaeology) Crucifixion was practised in Roman Britain, remarkable new archaeological evidence shows. The only victim of the barbaric execution system ... Read more »

Uncharted 4's delisting is an insult to PS4 owners

Uncharted 4 and Uncharted: The Lost Legacy have been delisted from the PlayStation Store ahead of the release of the Uncharted: Legacy of Thieves remastered collection on PS5 early next ... Read more »

YouTube Music 2021 Recap: how to relive your year in music

YouTube has released its own version of Spotify Unwrapped, allowing you to relive your year in music by showing you your top artists, songs, videos and playlists from 2021. The ... Read more »

Photograph: DISNEY Will Smith is looking worried. He’s about to traverse a mighty gorge by rope – and if a fall doesn’t kill him, the crocodiles in the river below ... Read more »

Found at the site of a future housing development in Cambridgeshire, the near 1,900-year-old skeleton at first did not seem particularly remarkable. Aged 25 to 35 at the time of ... Read more »

Hit play on the player above to hear the podcast and follow along with the transcript below.This transcript was automatically generated, and then edited for clarity in its current form. ... Read more »

Apple’s AR / VR headset has yet to be officially revealed by the company, but fresh information on the mixed reality device points doesn’t just point towards its unveiling next ... Read more »

Uncharted Collection is Sony's first 120Hz PS5 game – but where are the rest?

Sony has confirmed that Uncharted: Legacy of Thieves Collection will include a Performance+ Mode that targets 120fps on compatible 120Hz displays. This makes it the first title published by PlayStation ... Read more »

Apple Watch SE 2 price, news, rumors and if it could come alongside the Watch 8

We didn’t see the new Apple Watch SE 2 at the September Apple event – apparently our crossed fingers weren’t enough to will it onto the stage alongside all the ... Read more »

A completely passwordless Microsoft experience will fail as the company is repeating the same mistakes from the past, cybersecurity researchers from WatchGuard Threat Lab have said. The company says that ... Read more »

AirPods Pro 2 release date could fall in late 2022 – but can we believe the rumors?

On 9 Dec, 1980, NFL broadcaster Howard Cosell was commentating on a game between the New England Patriots and the Miami Dolphins when news of Lennon‘s assassination broke. He decided ... Read more »

Photograph: Alberto Pezzali/AP Findings suggest boosting antibodies can compensate for jabs being less well matched than to earlier variants The Omicron variant of coronavirus can partially evade the protection of ... Read more »

Boris ‘set to trigger Plan B measures as early as tomorrow’ as Omicron cases double every two days The Government is set to announce new Covid-19 restrictions amid concern cases ... Read more »

San Francisco: Tesla and SpaceX CEO Elon Musk said that the civilisation will “crumble” if people do not start having more kids, media reports say.According to The New York Post, ... Read more »

iOS 15.2 will tell you if your iPhone repair used the right parts or not

The upcoming iOS 15.2 update may give you a new feature to tell you whether the repairs your iPhone has undergone used official parts or not. According to MacRumors, the ... Read more »

In October, Twitter rolled out an update that allowed hosts of Spaces chats to record and share their broadcasts. With the ability to record Spaces and share them across the ... Read more »

There’s never been a better time to get into mobile gaming. Whether you’re adventuring away in Genshin Impact, hunting the sus in Among Us, or headshotting to victory in Call ... Read more »

San Francisco, Apple CEO Tim Cook ‘secretly’ signed a deal estimated to be worth more than $275 billion with Chinese officials allegedly promising Apple would do its part to develop ... Read more »

San Francisco: Mobile game spending has continued to grow in 2021 and will reach $89.6 billion from across the App Store and Google Play globally.While the category is still climbing ... Read more »

10 Words And Names You've (Probably) Been Mispronouncing In 2021

(Photo: PeopleImages via Getty Images/iStockphoto) You might have learned the meaning of “cheugy” this year, but do you know how to say it? The term – which can be used ... Read more »

2022 could be a busy year for Apple, and not just because of the iPhone 14 range with all its rumored changes, as Apple might additionally have three new wearables ... Read more »

How did we all miss this hidden message in Meghan and Harry's wedding?

More people than ever are installing Android and iPhone apps

Alibaba gives fallen star a fresh start to redeem himself, with mission to win hundreds of millions of new consumers overseas

Designers Will Love This Digital Pen

James Bond Execs Share Who The Next 007 Agent 'Should' Be

iPhone 14 Max could have a surprisingly good screen

First example of Roman crucifixion in the UK unearthed in Cambridgeshire

A crypto savings account delivers huge interest — but at what cost?

'It's stressful to kill somebody': the healthcare workers who support assisted dying