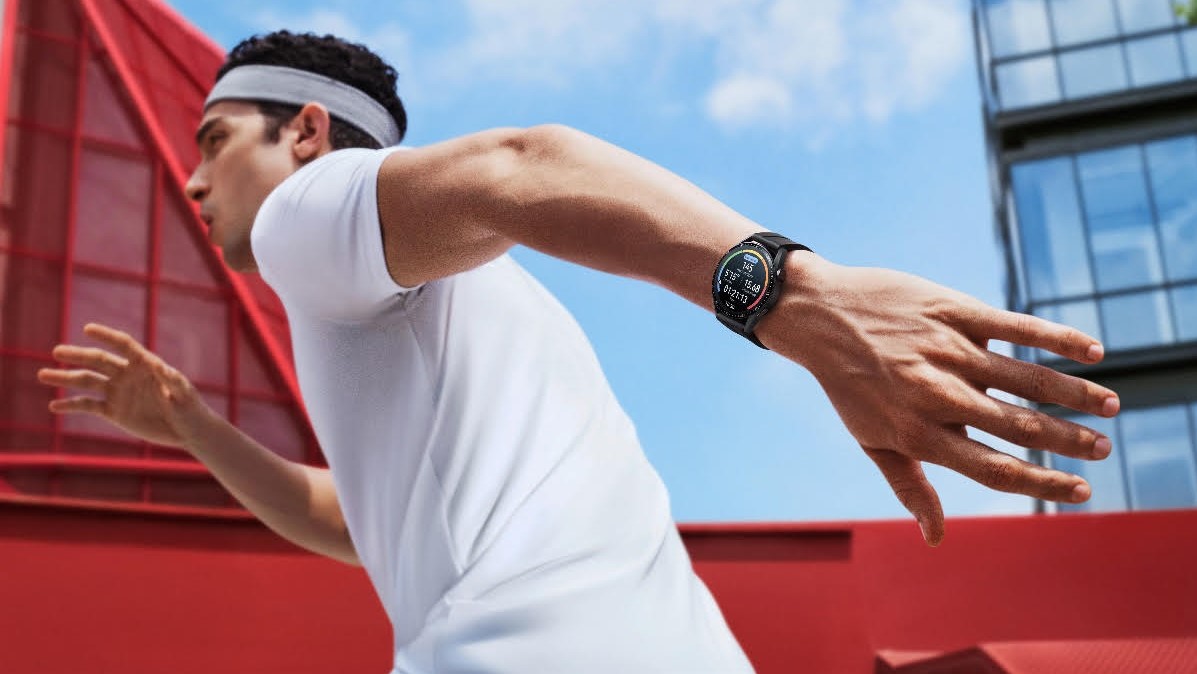 Huawei has launched a new fitness-focused smartwatch with updated training tools that’ll be familiar to Garmin watch users, and tweaks that are reminiscent of Apple’s latest designs.

The new Huawei Watch GT 3 has the same round face as previous GT watches, but now comes in two sizes: 42mm and 46mm – the smaller of which has a curved glass screen that uses refraction to give the illusion of a larger face, not unlike the Apple Watch 7.

The AMOLED display has a higher resolution than that of the Huawei Watch GT 2, which launched in 2019, or the titanium-bodied GT 2 Pro, which arrived in 2020. That means you can see more data on screen at once, and the icons – which are now laid out in a grid rather than a long list – are easier to select.

You won’t be tapping and swiping that screen so often though, because the Huawei Watch GT 3 also has a rotating crown – something the company first introduced with the Huawei Watch 3, and which will also be familiar to Apple Watch owners.

This hasn’t just allowed the designers to thin down the watch’s bezels, it will also make the new watch easier to operate during sweaty workouts, while swimming, or when wearing gloves, reducing the need to use the touchscreen.

There are also big upgrades on the fitness tracking front, with a new optical heart rate sensor for improved accuracy. The TruSeen 5.0+ sensor has twice as many light receivers, and an updated algorithm for better light detection

The back of the watch has an arched design that helps ensure better skin contact – particularly during sweaty workout session – and has a new micro-nano optical film that Huawei says will reduce signal interference. During benchmarking tests, the company said the GT 3 was accurate to within 5bpm, which was a very narrow margin of error compared to the Apple Watch 6 (it hasn’t yet carried out the same tests with the Apple Watch 7, but we’d expect the results to be the same since it has the same sensor).

On the navigation front, there’s now a dual-band positioning system with support for GPS, GLONASS, Galileo, BeiDou, and QZSS. The GT 3 also has a new feature similar to Garmin’s TracBack, which helps you navigate back to the start during a run, walk, or bike ride.

Another tool that’ll be familiar to Garmin users is the ability to create personalized training plans that can adapt on the fly. Previously, Huawei’s training plans would give runners a schedule of workouts to complete in order to achieve a certain goal, but these would be general-purpose rather than tailored to you specifically.

Now, the app will factor in your past running performance as well as your height, weight and gender to create something specifically for you. The plan will also update dynamically based on your efforts as you work your way through the training sessions.

Finally, the Huawei Watch GT 3 has a new feature called the ‘Healthy Living Shamrock’, which works a little like the rings on an Apple Watch. The leaves of the shamrock icon fill with color to represent factors such as steps count and sleep.

The watch will also give you daily lifestyle tips to take exercise, hydrate, relax, and refuel throughout the day – with stress monitoring and abnormal heart rate alerts to warn you if something looks amiss.

Overall, it’s a package that seems to straddle the boundaries between smartwatch, running watch, and fitness tracker. We’ve spent some time with the 46mm model, and will bring you a hands-on review very soon.

If you've ever wanted to learn to be an animator, this package can make it happen

With this infrastructure in place, customers wouldn't have to wait for the scooter to charge, be anxious about the range or remember to charge it, Bounce said. Electric scooter rental ... Read more »

Taika Waititi is turning his attentions to the stars. Once he’s got the upcoming Thor: Love and Thunder and sports comedy Next Goal Wins out the way, the in-demand writer, ... Read more »

The tech giant Google on Saturday warned that the cloud service is under threat saying that cyberhackers have been using compromised accounts to mine cryptocurrency. Google’s cloud service offers a ... Read more »

New Delhi, Nov 27 (PTI) Democratic countries need to join hands to think about creating safety, trust and accountability on the internet which has no boundaries, Minister of State for ... Read more »

$3.98 for 10TB online is what the best Cyber Monday cloud storage costs and it's exclusive to TechRadar

IDrive is the latecomer to our Cyber Monday cloud storage deal lineup but they delivered the best deal out there, by far, bar none. How they did it, we don’t ... Read more »

Historic flight could be the first of many for tourists and scientists to the continent at the bottom of the world. Read more »

OMG Apple, why are you so boring?

I used to be really fat. Then I lost so much weight so quickly that the doctor sent me for tests. At the end of the diet, I went to ... Read more »

Having battled it out in midfield in their playing days, this afternoon’s match at Selhurst Park sees Patrick Vieira and Steven Gerrard take each other on from opposing dugouts. Read ... Read more »

You probably have never heard of RISC-V but this is an exciting new hardware development fostered primarily by the Chinese government to reduce the domestic influence of CPU and GPU ... Read more »

Nvidia’s long-rumored desktop version of the RTX 3050 (as opposed to the existing laptop model) could be here in the second quarter of next year, so perhaps as soon as ... Read more »

Liverpool vs Southampton live stream: how to watch Premier League from anywhere

Liverpool will look to continue their recent impressive showings by claiming their third win in eight days, as they welcome Ralph Hasenhuttl’s Saints to Anfield. Read on to find out ... Read more »

Aerial view of the excavations of a large Roman mosaic in Rutland, England.Historic England Archive A man taking a lockdown walk on his father's farm stumbled across a rare Roman ... Read more »

Thousands have already had their travel plans disrupted as the festive season gets under way and scientists say there are similarities between the spread of the new variant of concern with that of the Alpha variant last December. Read more »

Nordstrom Black Friday isn't over yet—you can still get nearly 50% off everything, including Dyson, Coach and more (live updates)

— Recommendations are independently chosen by Reviewed’s editors. Purchases you make through our links may earn us a commission. Black Friday might be behind us, but the sales at Nordstrom ... Read more »

ring doorbell Amazon If you're looking for an easier way to monitor your front door and manage visitors in order to feel safer and more comfortable at home, a video ... Read more »

The best QVC Black Friday deals you can still get—save on Dyson, Cuisinart and more