Dune has finally exploded back onto screens with visionary director Denis Villeneuve at the helm of this spectacular, long awaited adaptation of the seminal science fiction work. Keep reading as we tell you exactly how to watch Dune online on HBO Max in the US and in all corners of the world.

Prior attempts to adapt Frank Herbert’s unwieldy 1965 novel have crashed and burned – most famously the 1984 box-office bomb by David Lynch. The Blade Runner: 2049 and Arrival director, however, has proven himself highly adept at juggling visual spectacle and narrative complexity, while keeping audiences emotionally engaged, too.

With Chalamet leading a magnificent cast, Dune also stars Jason Momoa, Zendaya, Josh Brolin, Benjamin Clementine, Javier Bardem and Charlotte Rampling. Expect it to be packed with epic battles, rousing emotion…even some timely environmental commentary – Villeneuve has described the film as a coming-of-age story meets “a call for action for the youth”.

So, locate the largest screen with the best picture quality available (you can enjoy it in 4K HDR on HBO Max) as we break down how to watch Dune online and stream Warner Brother’s latest blockbuster.

How to watch Dune online in the US 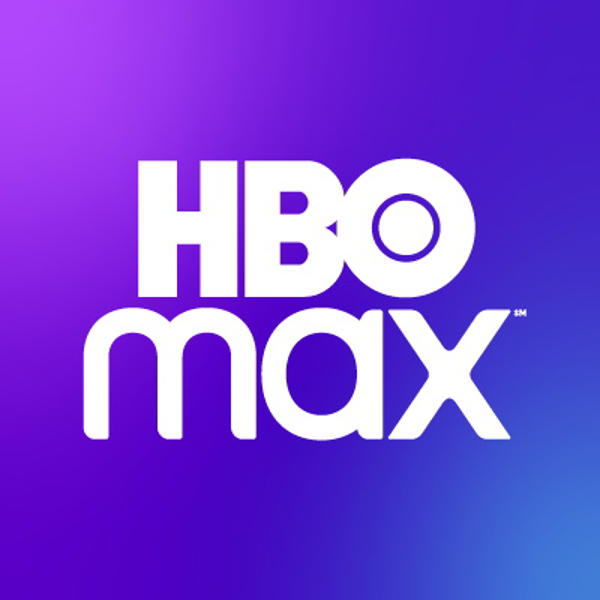 Sandworms and spice and intergalactic fights – Dune has finally landed in theaters and on HBO Max. As with previous Warner Brother 2021 releases, it’s made available online day-and-date with its theatrical release, where you can watch it as much as you want for a 31-day period.

There are currently two HBO Max subscription plans available: one ‘With Ads’ at $9.99 a month, and the other ‘Ad Free’ at the familiar $14.99 monthly rate. If you want to watch Denis Villeneuve’s Dune online, however, you’ll need to shell out for the latter option, because early access to WB blockbusters isn’t a feature of the cheaper plan – and neither is crisp 4K UHD picture quality, for that matter.

But if the $14.99 fee seems steep, you could save 16% by committing to its annual plan for $149.99 for the 12-months. And there are often excellent deals for new subscribers available, so keep an eye out.

You can stream content on a wide range of devices compatible with the HBO Max app. These include: iPhone and Android devices, Apple, Samsung, and Amazon Fire TVs, Roku, PlayStation 4 and 5, Xbox One, and Xbox Series X|S consoles, Chromecast and Chromebooks, in addition to laptops and PCs running Chrome, Mac, or Windows operating systems.

How to watch Dune across the rest of the world

Dune is being released all over planet Earth, but it’ll only be available to stream at home outside of the US after its standard theatrical window.

So, international audiences will need to flock to theaters to see Dune. UK and Canadian viewers can watch it from Thursday, October 21, the same day as in America.

Indeed, October 21 is the general global cinematic release date. Sadly Australians will have to wait until December 2 to be awed by giant sandworms at the cinema, because ongoing lockdowns have pushed back a number of film releases in that part of the world.

What else can I watch on HBO Max?

And – the clue’s in the name – watch every iconic HBO series ever made. Enjoy The Sopranos, Euphoria, Mare of Easttown and The Wire, plus all 10 seasons of iconic sitcom Friends, addictive HBO Max Originals like Gossip Girl, and so much more.

What is Dune about?

Set in the year 10191, Dune begins with Duke Leto Atreides (Oscar Isaac) handed control of the Spice mining operation on the desert planet Arrakis, with “spice” being a valuable commodity harvested in large amounts for its youth enhancing and prophetic properties.

But after arriving with his son Paul (Chalamet – read about how he bagged the lead role) and the Lady Jessica (Rebecca Ferguson), the Atreides family are threatened with annihilation by their enemies, the House Harkonnen. And, forsaken in the desolate, sandworm strewn environment, they find allyship with the planet’s native Fremen.

And unlike the 80’s version, it looks like Villeneuve’s Dune is set for critical acclaim – the 5-star reviews are already piling. You can read TechRadar’s thoughts on the film with our Dune review.

Best NZB and Usenet clients of 2021

CES vs. Omicron: will the world's greatest tech show blink?

Reliance Jio has sent complaint letter against this Vodafone plan

Reliance Jio Infocomm (Jio) has written to the telecom regulator to look into the Vodafone Idea’s (Vi) new prepaid tariff plans that Jio said would create a “barrier for subscribers” ... Read more »

NEW DELHI: iQoo launched its 7 series of smartphones in India this year. Now, it appears that the company is going to give a miss to the iQoo 8 series ... Read more »

Trump‘s Truth Social was announced in October, and was slated to release a beta version of the app in November, followed by a public launch in the first quarter of ... Read more »

NEW DELHI: Android users are set to get a host of new features across Google apps. In a blog post, the US-based tech giant has revealed new features that are ... Read more »

As the modern lifestyle continues to evolve; a phenomenon that has been further accelerated during the pandemic, is that of ‘staying at home.’ The fact that so many of daily ... Read more »

Photograph: Dave Hunt/AAP The Morrison government insists it is negotiating with the states about “future uses” for its troubled Covidsafe app despite it not being used during the outbreaks that ... Read more »

The false profiles, with links to Chinese-backed agencies, originated and spread false claims the US pressured scientists to blame China for COVID-19. Read more »

Win Rs 10,000 in your Amazon Pay balance today! You just have to answer 5 questions and a bit of luck. Amazon is back with its daily dose of app ... Read more »

A federal judge on Wednesday night blocked a Texas law that would allow any state resident banned from a social media platform for their political views to sue the companies. ... Read more »

ANCHORAGE, Alaska — The remains of a man found on Fire Island just west of Anchorage in 1989 have been identified through DNA and genome sequencing, Alaska State Troopers said ... Read more »

Technical-standards setting has arisen as the new battleground in superpower rivalry, with challenges posed by China’s rise also a “wake-up call” for Europe, an EU business group has warned. In ... Read more »

Welcome back, old friends! The gang return to Paddy’s Pub to serve us a tall glass of something hilarious. This time round we’ll see Mac, Dennis, Charlie, Dee and Frank ... Read more »

Stargazing in December: The Christmas comet is coming!

Comet Leonard may be visible to the naked eye this month (Michael Jäger/CC0 1.0) What was the Star of Bethlehem, that guided the Wise Men to the birth of the ... Read more »

Issues of plastic waste in seas go beyond just ingestion and entanglement, scientists have warned (Getty) Since the mid-20th century more than 8.3 billion tonnes of plastic has been produced, ... Read more »

Prue Leith, the television chef, has her vaccination at a clinic in Chipping Norton, Oxfordshire, on Wednesday. A deal with Pfizer and Moderna means there are now enough vaccines to ... Read more »

As semiconductor foundries scramble to add capacity to meet soaring demand amid a protracted chip shortage, some experts are warning that the demand-supply equilibrium will be reached in 2023, possibly ... Read more »

Nick Mackenzie, chief executive of Greene King, said the decision to rename the pub was ‘the right one’ A historic Scottish pub will change its name after its owner, Greene ... Read more »

Reddit is about to get more rapid — just as I was yearning for social media to slow down. The company has launched a range of real-time animations and notification ... Read more »

There’s a lot of discussion about “time” in the world of quantum physics. At the micro level, where waves and particles can behave the same, time tends to be much ... Read more »

Your next laptop could be powered by the new Qualcomm Snapdragon 8cx Gen 3 that has just been revealed, and we’re expecting to see it in a variety of laptops ... Read more »

If you spend your days working at a computer for hours on end, then investing in a comfortable office chair could be the upgrade you need to help boost your ... Read more »

“The last thing I ever wanted to do was compromise any of my colleagues," the "Cuomo Prime Time" host said on his Sirius XM show. Read more »

In the years since the Nintendo Switch reawakened the desire for a mobile gaming console, other devices have emerged to meet the demand of consumers. But the next one to ... Read more »

Nvidia confirmed this week that its RTX 2060 Super 12GB is on the way, though the chip maker was pretty low key about it. On page four of the release ... Read more »

A disinformation network with ties to China used hundreds of fake social media accounts – including one belonging to a fictitious Swiss biologist – to spread an unfounded claim that ... Read more »

As expected, cybersecurity researchers have reported a massive increase in malware attacks over the Black Friday weekend, with the number of websites attacked 50 times a day registering a jump ... Read more »

Authorities in Finland are warning that the FluBot Android malware is once again being distributed by SMS to users in the country. Finland’s National Cyber Security Center (NCSC-FI) recently put ... Read more »