You’d be forgiven for thinking that electric car chargers are thin on the ground, but nothing could be further from the truth. At last count, there were around 44,000 charging connectors in the UK, spread across nearly 26,000 chargers in 16,000 locations. 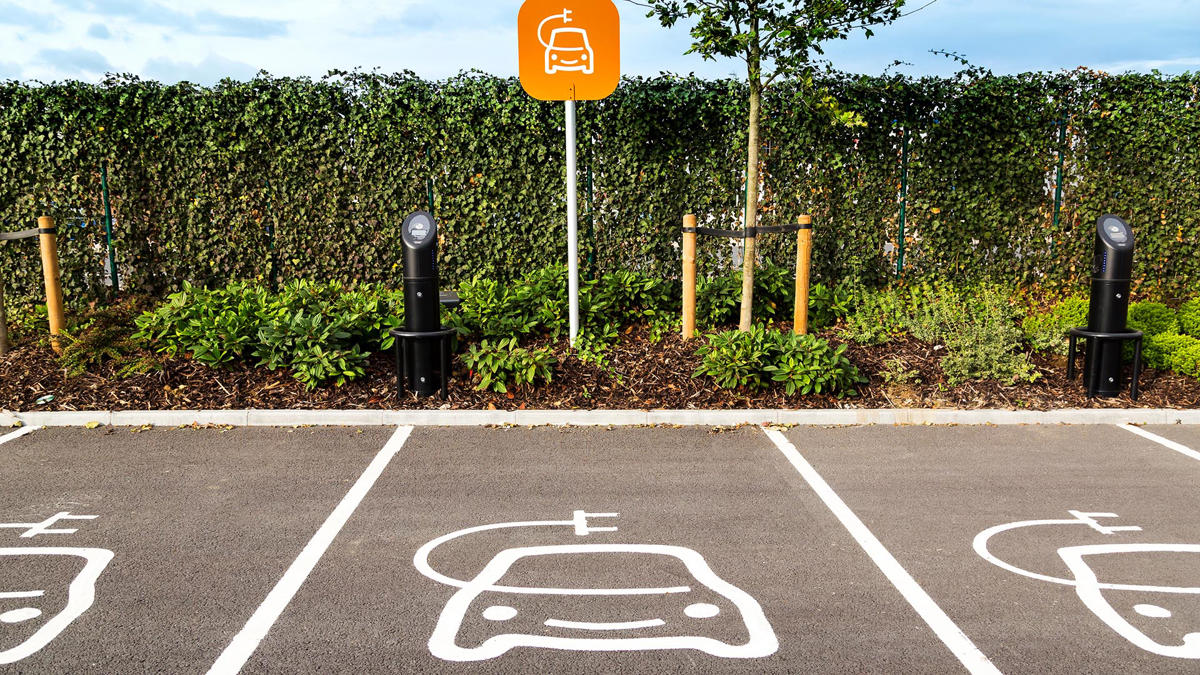 As we move toward the 2030 ban on the sale of petrol and diesel cars, the government’s plan is that nobody will be more than 30 miles from a rapid charging station by 2025.

So, how do you locate your nearest electric car charger? 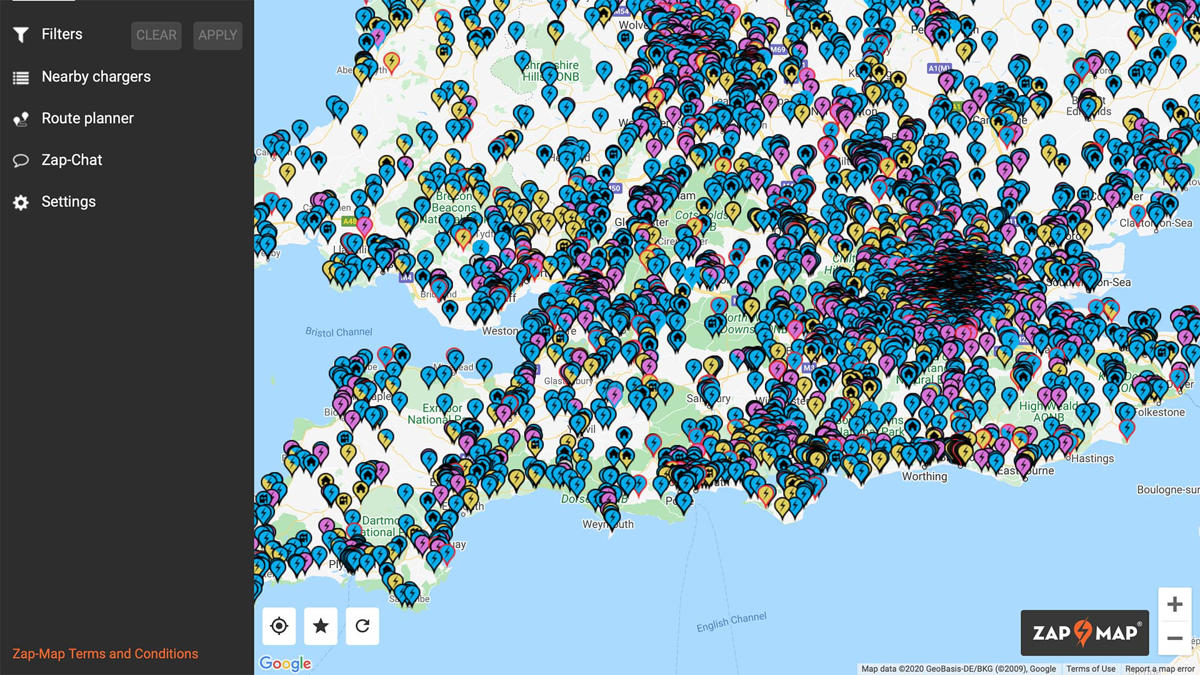 One of the first places to start, especially if you’re considering the purchase of an electric car, is the Zap-Map website. Its map of charging points shows the true extent of the UK charging network.

It’s not too dissimilar to the sight that greets you when you use one of those aircraft tracking apps to view flights surrounding major international airports.

The interactive map allows you to zoom in using a city, town, village or postcode, then there are several filters you can use to narrow the search. These include connector types (rapid, fast and slow), charging network (such as Ionity or BP Chargemaster), location type, and whether payment is required.

Any problems with the charging network are likely to be reported by Zap-Map users, which gives it a community feel. The map is also available as an app on Apple and Android smartphones, plus Zap-Map has launched a version on Google Assistant using voice commands. 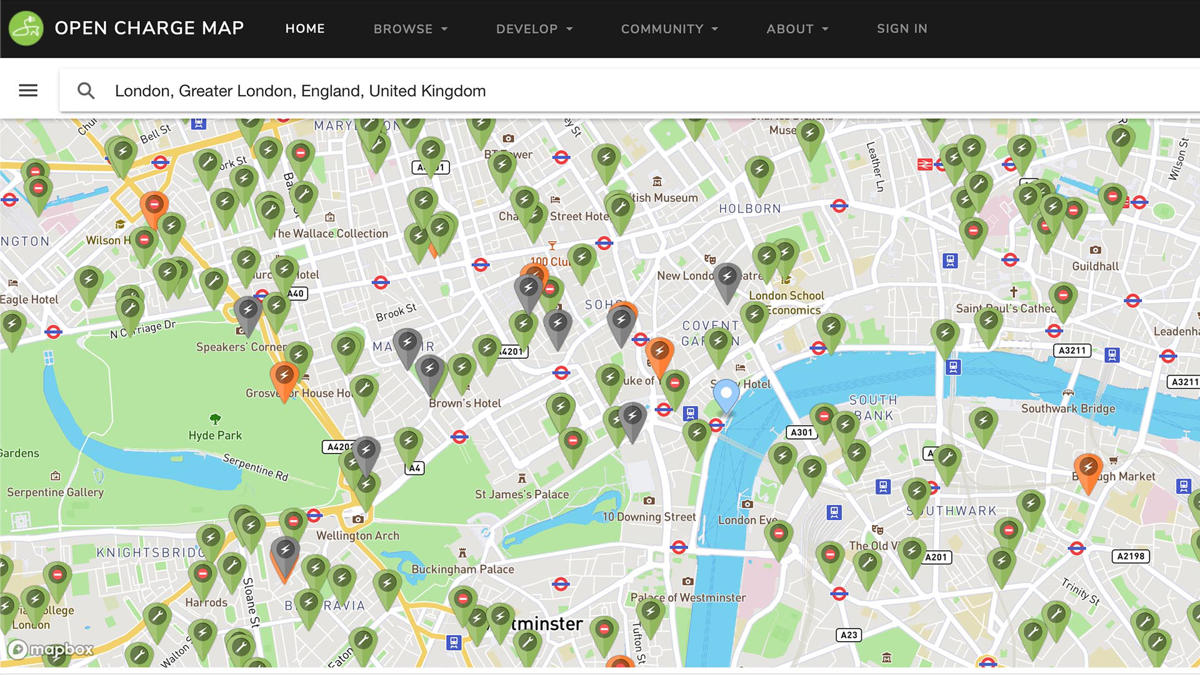 The Open Charge Map website – which is also available as an app – is a good alternative to Zap-Map. Crucially, the Open Charge Map is a global resource, so it will come in handy if you’re planning a road-trip abroad with an electric car.

Again, you can search via a city, town, village, postcode or zipcode, and there’s a useful comments section to allow users to record their experience with the charging point.

The map will even tell you if the charging point is operational, although we wouldn’t want to rely too heavily on this function. 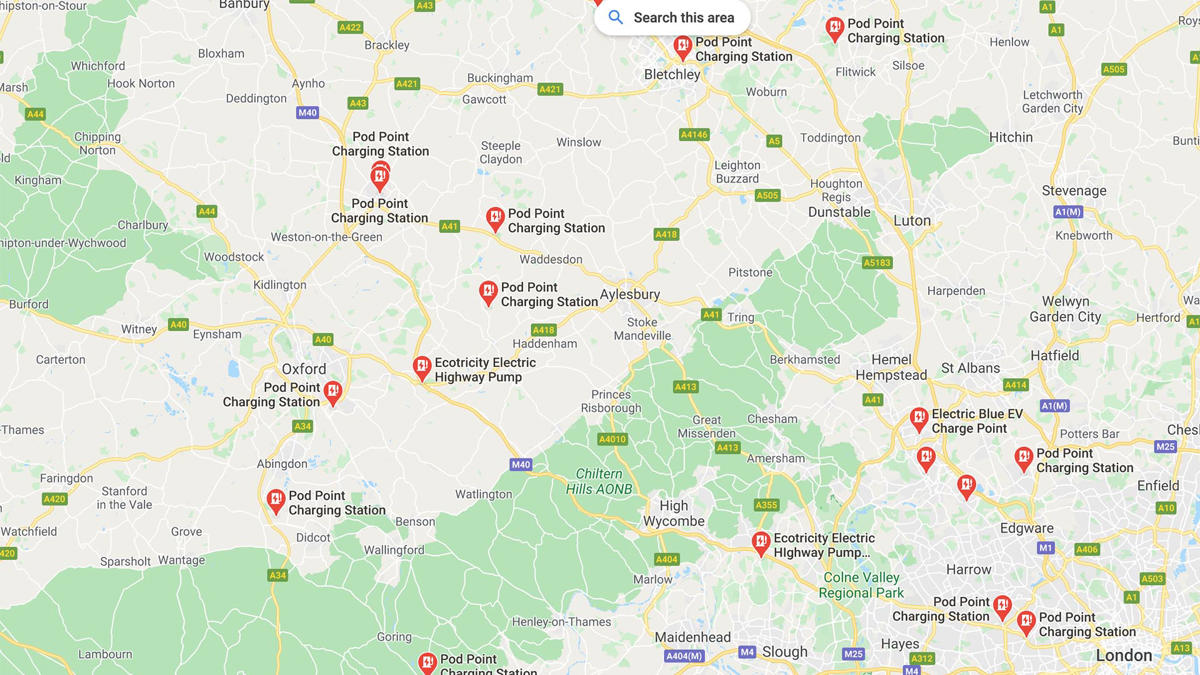 Google Maps also has the ability to locate electric car charging points. Not only can you find the nearest charger – or points along a chosen route – you also have the ability to add the plug used by your electric vehicle into the preferences.

By doing this, you’ll only see charging locations that are compatible with your vehicles. Six plugs are covered: J1772, CCS (Combo 1), Type 2, CCS (Combo 2), CHAdeMO and Tesla.

It’s worth noting that the search results aren’t as comprehensive as the resources listed above, however. 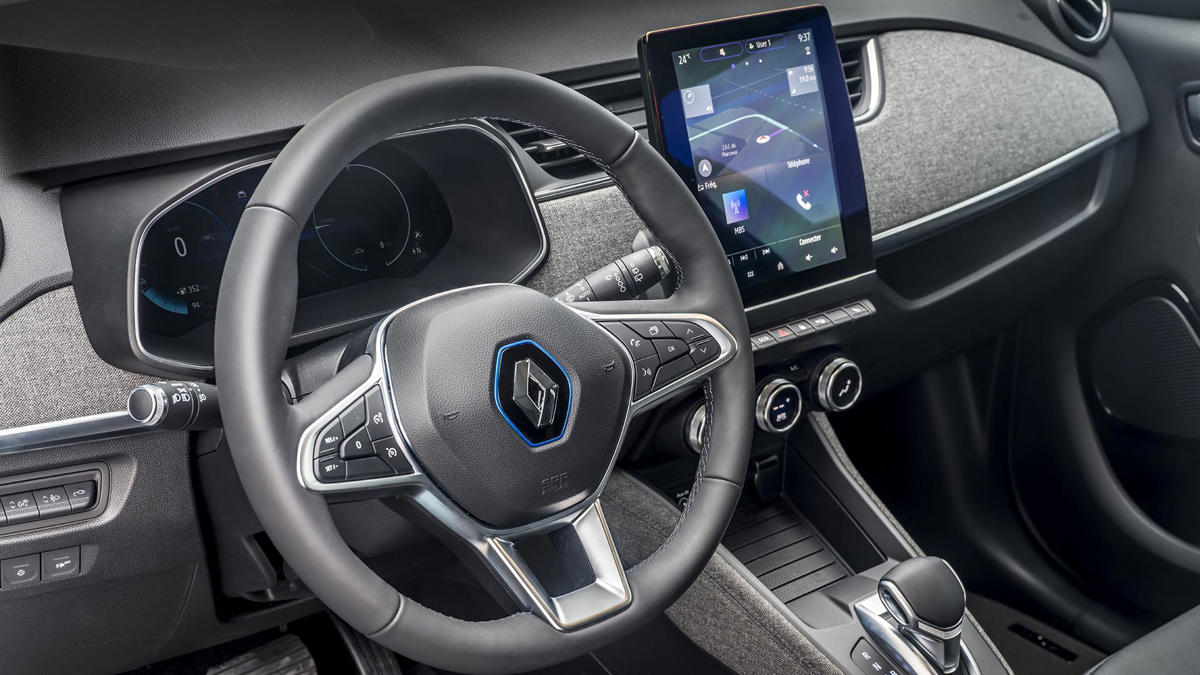 Many electric cars offer the opportunity to locate your nearest electric car charger via the infotainment system and/or a connected app. For example, the Renault Zoe uses TomTom data to offer information on traffic delays, the weather and charging locations.

Meanwhile, Tesla charging stations can be viewed via the car’s navigation system and by using the Tesla ‘Find Us’ map. Cleverly, all Teslas have a built-in Trip Planner, which provides a route to your destination, taking into account the Supercharging stops along the way.

The Mini Electric and Vauxhall Corsa-e also include the find-a-charger facility, but the ability to locate a charger on the move is likely to become commonplace in the future.

Last year, the Department for Transport announced that it had started work on making real-time electric charging point data available to third parties. Not only will drivers be able to see the relevant locations, they’ll also be able to pinpoint the chargers which are in use.

Of course, the nearest electric charging point should be closer to home. You should consider fitting a wallbox to your property, which will provide a safer and faster charge than a domestic plug socket.

Will an electric car cost more to insure?

How do I drive an electric car with one pedal?

How much company car tax will I save with an electric car?

[Watch] Lightning Offers A Fiery Show To Motorists On The Highway

Number of remote working vacancies drops 24 per cent after peaking at 130,000

How to ride the post-Covid investment wave

Is Chelsea vs Malmo on TV tonight? Kick-off time, channel and how to watch Champions League fixture

© Getty Images GettyImages-1346937027.jpg Chelsea take on Malmo in the Champions League tonight looking to bounce back after a setback last time out in Europe against Juventus. Thomas Tuchel’s side ... Read more »

Chelsea vs Malmo prediction: How will Champions League fixture play out tonight?

A shooting in Kenosha, Wisconsin, has left three people dead and two others in critical condition, officials said Wednesday. © Google “KPD is on the scene of a shooting near ... Read more »

More than 102.4 crore COVID vaccine doses have been provided to states and Union Territories so far, the Ministry of Health and Family Welfare on Wednesday said. “More than 102.4 ... Read more »

Chart Reading: IRCTC respects 20-DMA, but analysts unsure if bottom is in place

NEW DELHI: Shares of IRCTC were on a recovery mode after plunging 18 per cent in Wednesday’s trade and 32 per cent overall from Tuesday’s record high of Rs 6,393. ... Read more »

Ham radios to the rescue in rain-hit Kerala

Even as the incessant rains and resultant flooding disrupted lives across central Kerala, ham radio enthusiasts have quietly swung into action in Thrissur district, setting up their unique work stations ... Read more »

© Getty Nuffield Trust research finds that in 2019/20, prisoners missed 42 per cent of scheduled outpatient appointments, compared with 23 per cent in the community – Getty Prisoners are ... Read more »

Duterte thanks Japan, US for vaccine donations

PRESIDENT Rodrigo Duterte thanked the governments of Japan and the United States (US) for their continued donation of coronavirus disease 2019 (Covid-19) vaccines to the Philippines, expressing hope these jabs ... Read more »

© Provided by Daily Mail MailOnline logo Covid-19 vaccinations will be compulsory for three-quarters of Western Australian workers including teachers and supermarket staff by the end of the year. Premier ... Read more »

© Provided by City AM Virgin Media O2 has kicked off it’s expected broadband and mobile data battle with British Telecom, with analysts welcoming the increased competition. Customers of both ... Read more »

There are growing concerns over the safety of Australian Parliamentarians, as security experts warn about an upsurge in “extreme right-wing rhetoric”. In March this year, the director of Australia’s peak ... Read more »

LONDON (Reuters) -British inflation slowed unexpectedly last month but the decline probably marked a temporary respite for consumers and the Bank of England is expected to address the acceleration by ... Read more »

© Provided by City AM Three-quarters of younger investors who invest in high-risk products such as cryptocurrencies say they are driven by competition with friends, family, acquaintances and their own ... Read more »

State pension set to rise by £290 next April as inflation hits 3.1 - check your pay

The state pension is due to rise by more than £5.50 a week next April after the rate of inflation hit 3.1% in September. The Prime Minister called off an ... Read more »

No jab, no play? How vaccine mandates for players will impact the Australian Open

Novak Djokovic has been a lightning rod for discussion throughout the pandemic given his brilliance on the court and his role as a fledgling union leader for tennis players off ... Read more »

Today in Music History for Oct. 20:   In 1828, American lawyer and hymnwriter Horatio Gates Spafford was born. In 1873, upon learning of the drowning of his four daughters following ... Read more »

A screengrab of Fauzi Nawawi’s apology video, at left, and the viral clip, at right. Photos: Fauzi Nawawi/Instagram, Abambejat2/TikTok *Warning: Readers may find the video in the content of this ... Read more »

© Provided by News18 Clamour for Priyanka Gandhi to Contest Assembly Poll Grows After Promise to Field 40% Women Candidates There is spring in the step of the Congress in ... Read more »

It's ‘India Inside', as products become digital

© Provided by The Times of India Over the past two decades, India proved to the world it’s great at building backend IT systems, and making business processes super-efficient with ... Read more »

Facebook Inc, under fire from regulators and lawmakers over its business practices, is planning to rebrand itself with a new name that focuses on the metaverse, the Verge has reported. ... Read more »

How Sandeep changed careers after a break

Tech I'd like to see: 'Vertical farming & drones in agriculture'

© Provided by The Times of India Concepts and technologies like vertical farming, use of drones and satellites have emerged as game-changers in agriculture over the last few years. Unlike ... Read more »

How software & robots are preparing the food we order

© Provided by The Times of India Rebel Foods, which operates the brands Behrouz Biryani and Ovenstory Pizza, calls itself an ‘internet restaurant.’ The company became a unicorn this month ... Read more »

Prakash Murthy puts together the best of Japan, India, US

© Provided by The Times of India Molecular diagnostics is crucial to understanding diseases, in developing drugs, in a variety of industrial processes. Most of these diagnostics are currently done ... Read more »

Instagram Collabs Launched to Let Users Co-Author Same Posts, Reels: How to Use

© Provided by News18 Instagram Collabs Launched to Let Users Co-Author Same Posts, Reels: How to Use Instagram has announced the launch of Collabs, a “new way to co-author” feed ... Read more »

Buzz off with your bylaw, beekeepers tell Cape Town

JSE faces positive Asian markets on Wednesday, amid focus on US earnings

‘A class above', ‘Really stepping up' – Many Sunderland fans highlight one player after dominant Crewe win

Britain WON'T be plunged into fresh Covid lockdown but No10 is ‘concerned' about rising cases, admits minister

State pension payments to rise by £290 next April as inflation falls to 3.1%