Hollyoaks star Nikki Sanderson has shared an insight into her character Maxine Minniver’s latest plot against her mum, Trish Minniver, as Trish prepares to preside over her dance school’s entry in the Blackpool-A-Palooza competition.

Trish (Denise Welch) has been bullying her young dance student Leah Barnes (Elá-May Demircan) for weeks and, as Leah prepares for her big routine at the competition, Trish cruelly brands her a “waste of space”.

Angry Maxine is appalled by Trish’s behaviour and she decides to coach Leah herself, teaching her a new routine in an attempt to help her realise that she is talented enough to win without Trish’s strict instruction.

Speaking to Inside Soap, Nikki revealed that her kind-hearted character is keen to prevent Leah from facing the struggles that she did thanks to her mum’s bullying, even teaching her her signature move – the Minniver spin.

“She wants to prove to Trish that you don’t have to be mean to get the best out of someone,” Nikki explained. “Maxine has a good heart, and she wants to make Leah feel like she can do anything and be the best dancer she can be. So Maxine helps Leah finesse her other dance moves – complete with a Minniver spin of course…”

As Trish opens up about why the big competition means so much to her, Leah is torn over the decision of whether she should perform Maxine’s new routine or stick to the strict moves that Trish has set out.

But Nikki said that Maxine is convinced that Leah will choose to perform her new routine, although she wouldn’t reveal what happens while Leah is under the spotlight.

“Maxine is confident not only in that (that Leah will choose her dance), but in Leah’s ability to dance and to win the competition – that’s where she and Trish differ,” the actress said. “I won’t tell you what happens, but Maxine’s belief in Leah is justified.”

Whatever Leah decides to do, it’s likely that Trish won’t be too pleased when she finds out that Maxine has gone behind her back – and Nikki confirmed that things won’t be rosy between them anytime soon.

“They’ve always had a fractured relationship,” she said. “Trish isn’t happy about Maxine going behind her back – but Maxine won’t let Trish put down the kids at the dance school any more! There’s a lot of bad blood there, and Trish isn’t in a forgiving mood…”

The actress, who previously starred as Candice Stowe in Coronation Street, also spoke about Maxine’s temperamental romance with Warren Fox (Jamie Lomas), revealing that she thinks the couple are a good pairing.

“I think they’re a great match, and their relationship could last if everyone stopped messing with the pair of them,” she said. “Maxine’s very upset to hear Warren might be going away, because of their up-and-down romance. She genuinely loves Warren, but what can she do?”

With Trish and Warren both up to no good, it doesn’t sound like Maxine’s life is going to calm down anytime soon…

Hollyoaks airs new episodes from Mondays to Fridays at 6.30pm on Channel 4, with first-look screenings at 7pm on E4. Selected omnibus episodes are available via Amazon Prime Video. 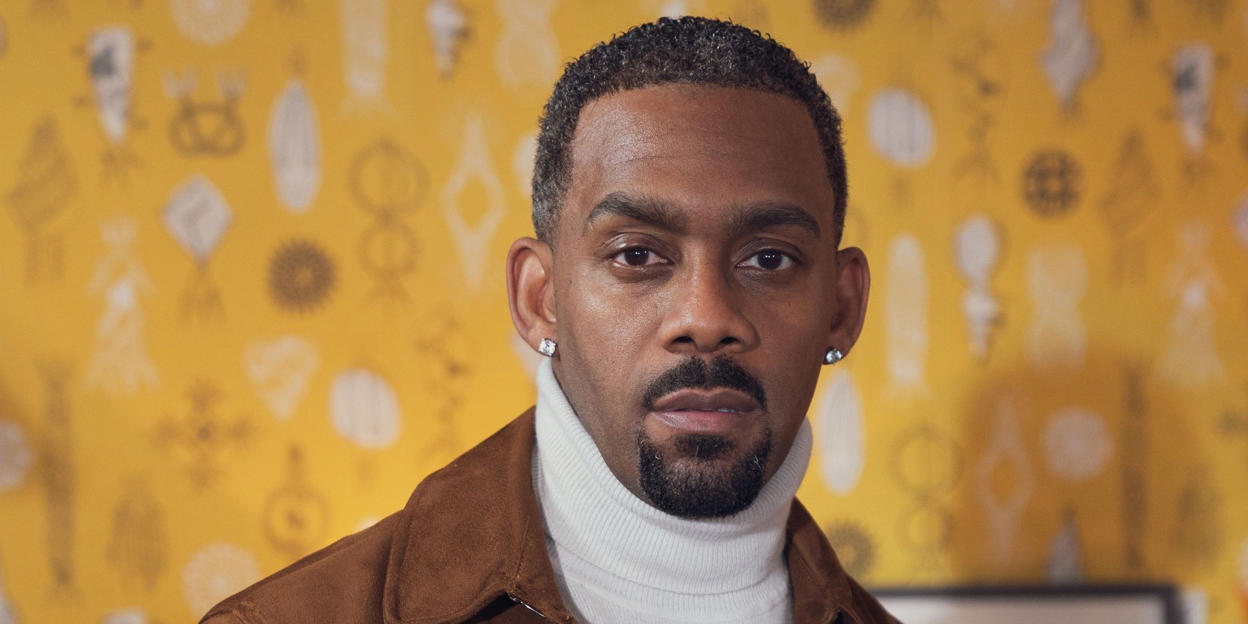 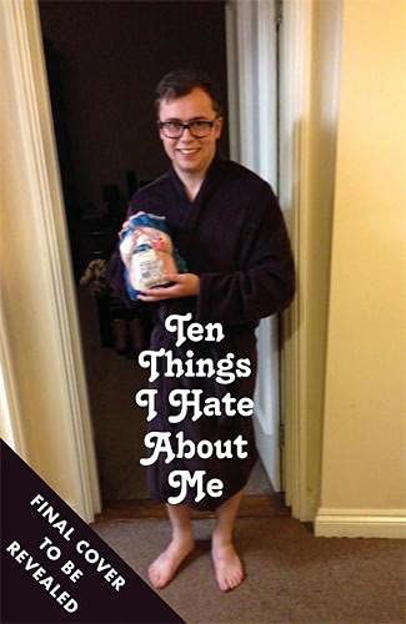 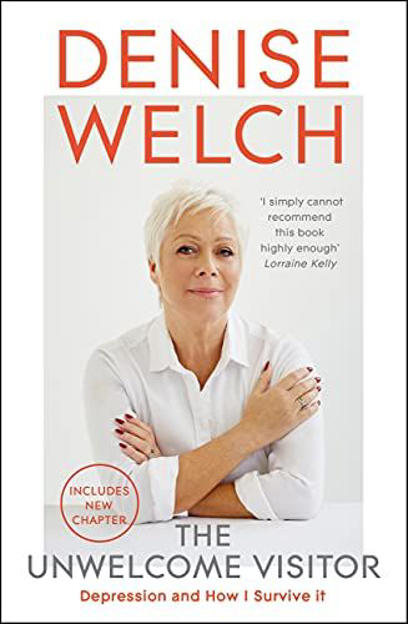 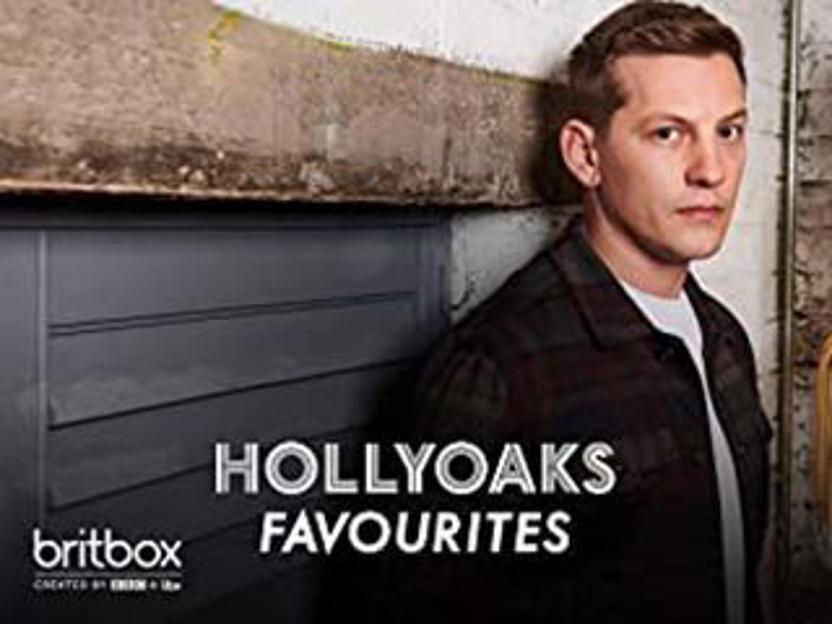 Ten Things I Hate About Me by Joe Tracini

Attorneys open nonprofit: 'There shouldn't be a price tag on stopping childhood trauma'

Attorney Theresa Jenkins talks on Thursday, Dec. 2, 2021, outside the historic Brighton building she has acquired to serve as offices for the Justice Lawyer League. Theresa Jenkins grew up ... Read more »

Over 100 arrested in Pakistan after lynching of Sri Lankan man

© Provided by The Print New Delhi: Scientists have found that two intense periods of volcanism likely triggered a period of global cooling and falling oxygen levels in the oceans ... Read more »

© Provided by Hindustan Times Health worker filling a syringe with Covishield vaccine dose. (HT FILE PHOTO) Amid the Omicron scare and a rising demand for booster doses of the Covid-19 ... Read more »

© Kirby Lee-USA TODAY Sports And thus ends an interesting playoff run. I just got home from Providence Park (known locally as Pee Pee, I think) and it was, at ... Read more »

Charlie Aitken, 48, returned to his family home he shares with estranged wife Ellie, 42, to pack his belongings He hasn't been seen at the eastern Sydney residence since he started dating Ellie's best friend Hollie NasserHours earlier on Sunday Ellie leaked messages between her and former friend Ms Nasser, 36, on Instagram The pair are at odds as Ms Nasser is now in a relationship with Ms Aitken's estranged husband Charlie Ms Nasser was married to Charlie's former business partner, Christopher Nasser, before splitting last monthMr Aitken separated with his wife around the same time, later confirming his new relationship with Ms Nasser Read more »

Col. Eddie Shames, 99, died peacefully in his home on FridayThe World War II paratrooper in the Easy Company was played by Jonathan May in a 2001  in an HBO miniseries directed by Tom Hank and Steven SpielbergShames parachuted into Normandy on D-Day, fought in Operation Market Garden and the Battle of the BulgeHe was one of the first Jewish American soldiers to be held in the Dachau concentration camp Famously, he and the members of the Easy Company raided Hitler's Eagle's Nest after Germany surrendered in 1945There, he stole bottles of cognac that he would later use to toast his oldest son's bar mitzvah, according to his obituary With his death, there is only one surviving member of the Easy Company: 97-year-old Bradford Freeman.  Read more »

Gisele Bundchen is doing her part to save the environment. On Saturday the 41-year-old top model posted a video of herself rescuing a turtle that was wrapped in a fishing ... Read more »

Photograph: Joel Carrett/AAP Former chief of staff to Tony Abbott apologises for her ‘errors and the hurt, humiliation and offence caused by the broadcast’ in 2020 Get our free news ... Read more »

© AHMAD AL-RUBAYE Planned under former dictator Saddam Hussein, the Al-Rahman Mosque in Baghdad was meant to be among the largest in the Middle East, but was never completed It ... Read more »

© Louisa GOULIAMAKI At the start of his visit on Saturday, Francis said Europe was ‘torn by nationalist egoism’ Pope Francis will on Sunday return to the island of Lesbos, ... Read more »

Catch up with the most important stories from around Europe and beyond – latest news, breaking news, World, Business, Entertainment, Politics, Culture, Travel. Read more »

Does Singlish Divide Us More Than It Unites?

Top image: The writer in 2010, when she was a Primary 1 student at CHIJ Kellock. As the aeroplane made its slow descent towards Singapore, I watched the island city ... Read more »

© Provided by WhatToWatch The next threat will need all your focus, Doctor. On TV tonight, can the Doctor save the universe again? It’s the final episode of Doctor Who: ... Read more »

U.S. intelligence found that Russia is planning a military offensive against Ukraine involving 175,000 troops near the border as early as next year, according to an intelligence document obtained by ... Read more »

Evelyn Moodley is a mother-of-two with a full-time job but loves partiesFor daughter Tamika's eighth birthday she chose a swan-themed pamper partyMs Moodley used her Cricut machine to DIY every aspect of the 14-person affairThe cake was the only job she outsourced to a professional for the occasionAfter posting the final product to Facebook, other parents swooned over design  Read more »

© Provided by Daily Mail MailOnline logo BBC bosses are split over whether to dump Anton Du Beke and bring Bruno Tonioli back to the Strictly panel. Du Beke was ... Read more »

On issue after issue, from soaring crime to inflation to critical race theory, Democrats and the far left are being forced to play defense because their radical policies are failing.  ... Read more »

Pensions crisis as one million women retire early due to menopause

© Provided by Daily Mail MailOnline logo A pensions crisis is looming because too many women who are experiencing symptoms of the menopause retire early, a Government adviser has warned. ... Read more »

© Provided by Mid-Day For ’90s kid Aseem Chandaver, a love for B movies started with Sajid Khan’s Kehne Mein Kya Harj Hai, which brought out the funny details in ... Read more »

Video: Ugly moment western Sydney mayor is 'attacked at a school polling booth on by an enraged stranger' in front of stunned volunteers

© Provided by BollywoodLife.com It’s Sunday, the day we bring to you the top Instagram posts of our celebrities from the TV world! Our TV celebs can easily give the ... Read more »

Gods of the week

© Provided by Mid-Day The seven-day-week is not based on any natural phenomena. The ancient Mesopotamians decided that the 7th, 14th, 21st and 28th days after the new moon were ... Read more »

Holiday Mode On! Where To See The Brightest Christmas Displays In Metro Manila

You better watch out, you better not pout because places around the metro have already decked the halls ’tis holiday season! With the looser quarantine restrictions (at least until December ... Read more »

News updates from HT: West condemns Taliban over summary killings in Afghanistan, and all the latest news

Bob Biswas: Kahaani spin-off has no identity of its own, but expects Abhishek Bachchan's assassin to find his

Have you heard? Deepika Padukone receives warm welcome in Hyderabad

Oh No AruDeep fans! Pawandeep Rajan and Arunita Kanjilal's jodi not together anymore

5 Things to Know About Jakob Poturnak