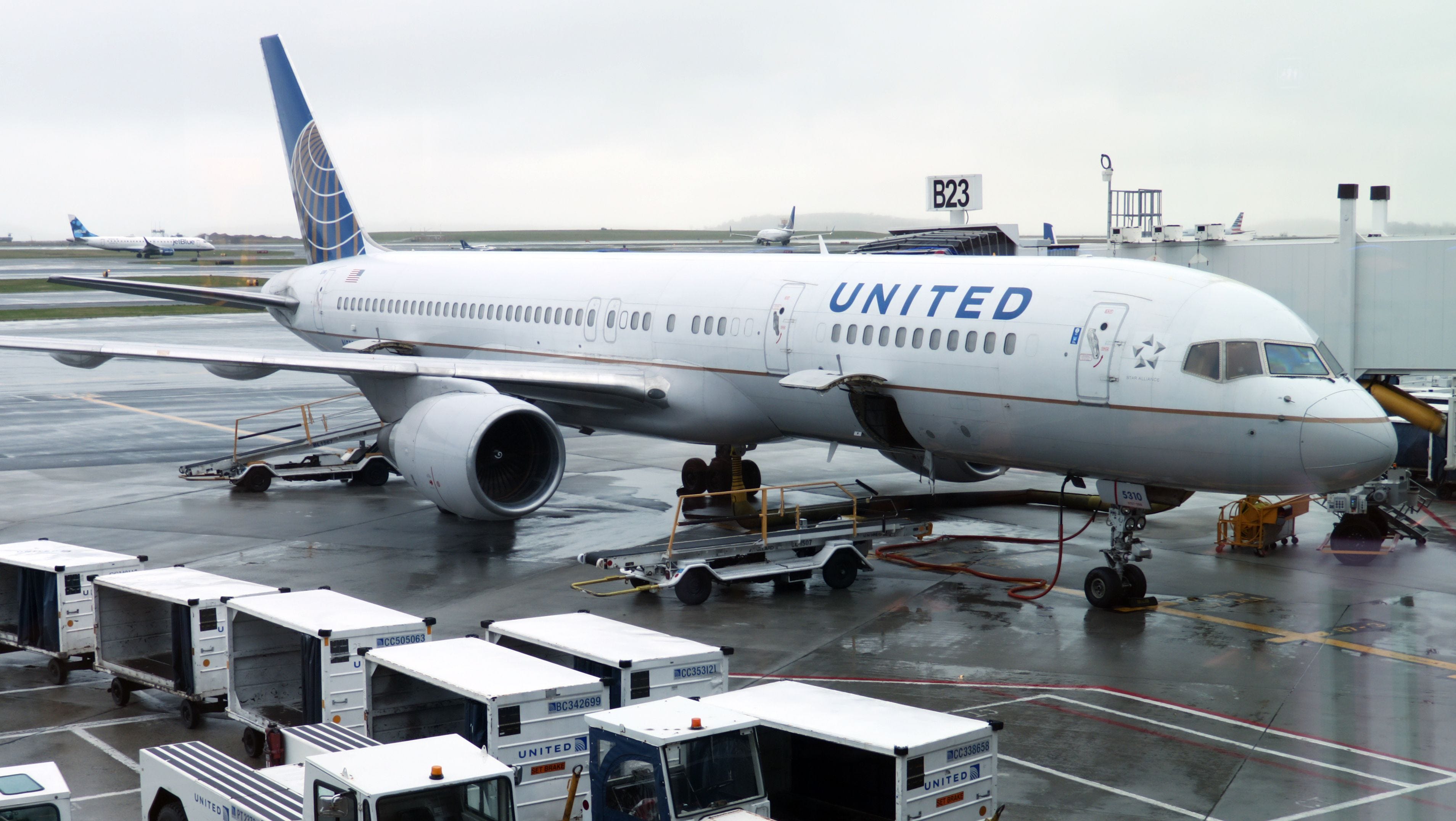 United Airlines has been fined $1.9 million over 25 flights in which the plane sat on the ground for several hours, the largest fine imposed by the government for such long delays.

The Transportation Department said Friday that the incidents occurred between December 2015 and February of this year. More than 3,200 passengers were trapped on planes without being given a chance to disembark, the department said.

In a consent order, United said most of the delays involved diversions caused by severe weather, when the airline is focused on making sure that planes land safely. The airline said it was a small number of the nearly 8 million operated by United and its United Express affiliates over the five-year span of the violations.

United was ordered to pay $950,000. The airline was given credit of $750,000 for compensating passengers on delayed flights and $200,000 for the cost of developing a tool to improve the management of diverted flights.

Federal rules require airlines to give passengers a chance to return to the terminal if a plane on a domestic flight sits on the ground for at least three hours – four hours in the case of international flights. Exceptions are allowed for safety, security, or air traffic control problems.

The longest delay, more than five hours, occurred in April 2016 after an international flight bound for Houston diverted to New Orleans. Passengers were only given a chance to deplane after pilots exceeded their legal working day and had to be replaced with another crew, according to a consent order. 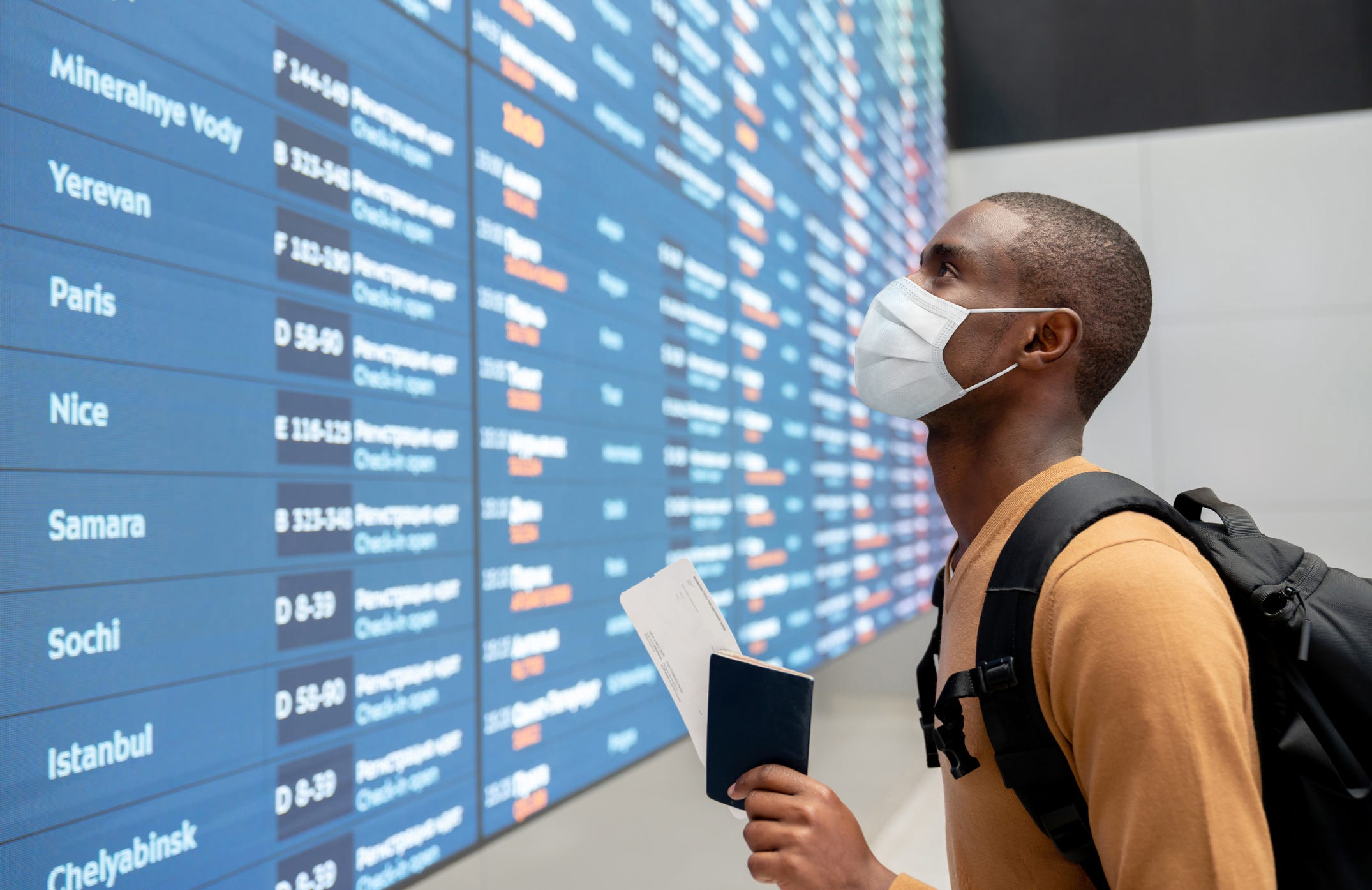 Go NZ: The most satisfying ways to relax after an adventure

Arie Luyendyk Jr. Is Getting Vasectomy Because He 'Can't Be Having Kids Any Later Than This in Life'

Bergen, Norway is home to the world's largest gingerbread town

New Zealand's biggest city might be locked down and battling population decline, but Auckland has been named by Lonely Planet as the world's top city to visit in 2022. The ... Read more »

On Rotoroa Island in the unusual calm of the Hauraki gulf, Auckland gained four new kiwi chicks yesterday. The birds were transported from hatcheries in Taupo and Rotorua, through the ... Read more »

The surprising reason we board planes from the left

It may have been a while since you boarded a plane, but the next time you do, take note of what side you enter on. Chances are unless it’s a ... Read more »

Survive Anything: The Best Emergency Kits for Every Possible Disaster 2021 Can Throw At Us

© Image by SPY.com Let’s be honest, after the year we’ve all been through — getting an emergency kit doesn’t seem like such a bad idea. Whether you’re camping, going ... Read more »

Hiding from the Taliban. Caught in the crossfire. Sacramento children are trapped in Afghanistan

SACRAMENTO, Calif. — Three students from the Sacramento City Unified School District went to Afghanistan to be with a family member who was having heart problems. The children — ages ... Read more »

The two aspects of my life I missed the most during a year in lockdown were, without question, the ability to travel freely and the ability to see my family. ... Read more »

The Celtics return home from a successful road trip to host the Washington Wizards. The Celtics are looking for their first home win after losing their home opener to the ... Read more »

With just days to go before Australians can start travelling overseas again, DFAT has removed a broad “do not travel” global advisory that was put in place in March 2020. ... Read more »

Looks like Berlin is making a list and checking it twice as they prepare to re-open their world-famous Christmas Markets on 22 November. However, being nice won’t be enough to ... Read more »

Unless you own a boat, it can be hard to get to some of our most beautiful motu. The good news? There are plenty of tour operators available to let ... Read more »

JetBlue announced that its “Monster Sale” runs from today until Friday, October 29. The sale boasts prices as low as $31 for select one-way flights from November to mid-December. Travelers ... Read more »

The two aspects of my life I missed the most during a year in lockdown were, without question, the ability to travel freely and the ability to see my family. ... Read more »

Strasbourg, Alsace, France – Capital of Christmas – Getty Step onto a train at London St Pancras and later that day you could be tasting the crop of The Loire ... Read more »

What to watch on Netflix: Movies & Series (November 2021)

© Provided by BGR Netflix on a TV with a bowl of popcorn Are you looking for what to watch on Netflix? Only the best shows and movies? We’ve got ... Read more »

The rules and regulations that could catch skiers out this winter

Austria, Zillertal, Exterior – Getty The upcoming ski season is set to be like no other. For holidaymakers it will mark a long-awaited return to the slopes, for operators it ... Read more »

Deal alert: Use your Amex credit card to get up to 6 rewards points on Amazon

How to have a brilliant British beach break this winter

st ives, cornwall – Getty There’s no doubt that the UK seaside break season has extended over the past couple of years, with hordes heading off hopeful for a couple ... Read more »

Earnings or Oil: What Will Impact the Airlines ETF Ahead?

It’s been more than 10 days since Delta Air Lines Inc. DAL kick-started the fourth-quarter earnings season for the airline space. Overall, the season has been mixed-to-upbeat for the industry. ... Read more »

Enjoy Southern hospitality at the most-visited winery in the U.S.

On Christmas Eve 1895, George Vanderbilt opened his country home in Asheville, North Carolina to his family and friends. They were welcomed into a massive and beautiful space, a 250-room ... Read more »

It’s not even the busiest time of year for travel yet, and 2021 has already been chaotic — even for the most seasoned travelers. © Getty Images Holiday travels are ... Read more »

If you fly Delta, you probably already know about the benefits of earning and redeeming Delta SkyMiles. But you might not know that applying for a Delta credit card can ... Read more »

Got some vacation days to burn? JetBlue Airways just launched a three-day fare sale with one-way fares starting at $31 for travel before and after Thanksgiving. The New York-based carrier ... Read more »

Visitor numbers crashed from 40million in 2019 to just 73,000 in 2021 so far The kingdom is expecting the return of at least a million visitors by March The capital, Bangkok, was the most-visited city in the world in 2018 Read more »

5 national park campgrounds where you can reconnect with nature

Imagine a national park trip and you might conjure up images of sweeping vistas and exceptional hiking. And while daytime activities are a huge part of any great national park ... Read more »

Glasgow hosts the COP26 summit next week - and has plenty of its own eco-credentials. So... listen up, Greta!

Younghee, the four-metre-tall doll dressed in orange and yellow is displayed at the Seoul Olympic Park in Seoul until Jan 23 as South Korea rides on the popularity of “Squid ... Read more »

The best autumnal walks in London

The world's most luxurious short-haul airline trip: Singapore Airlines schedules A380 flights for November that last just 60 MINUTES - and you can book a lie-flat seat