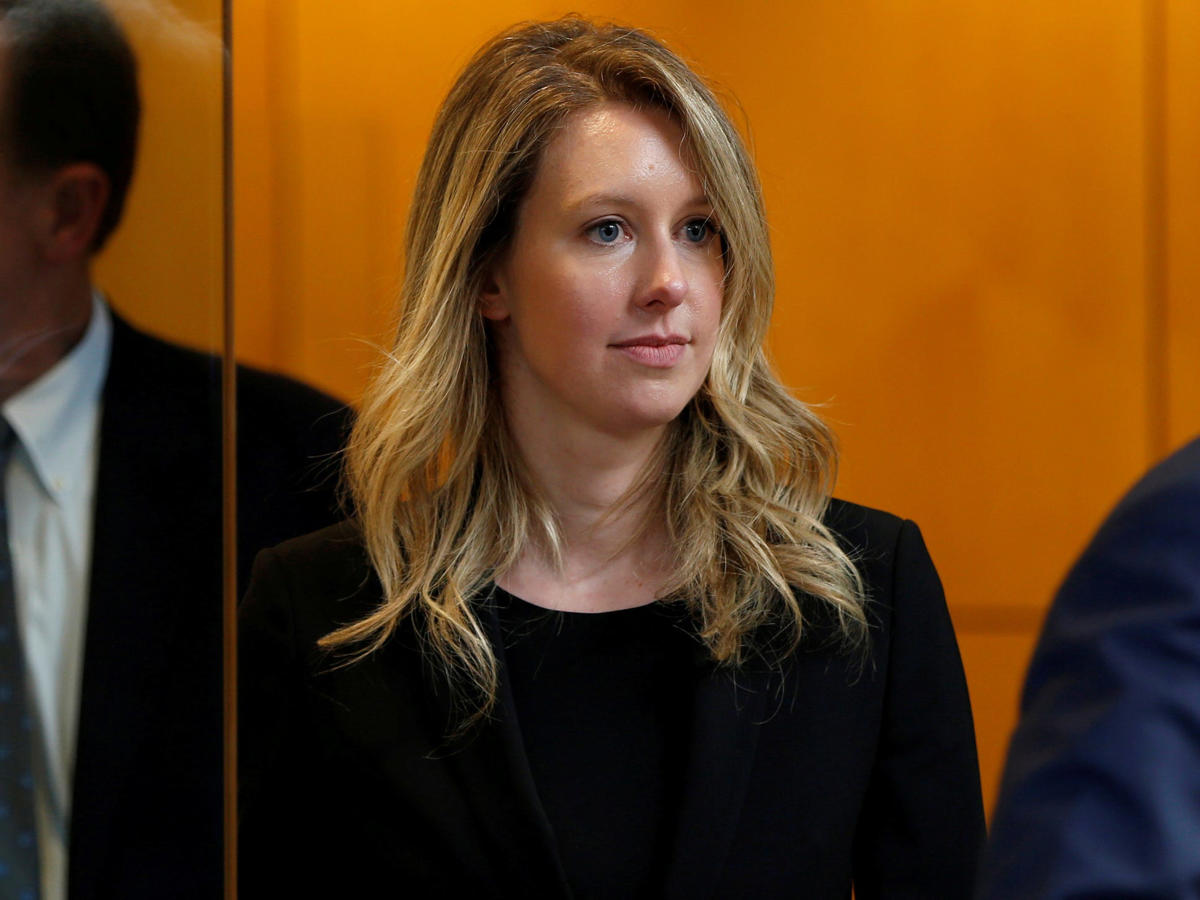 Surekha Gangakhedkar, a former Theranos scientist who testified last week, returned Tuesday for cross-examination. She had testified last Friday that Theranos’ Edison machines weren’t ready for patient use when they began rolling out in Walgreens stores. This week, defense attorney Lance Wade responded by arguing that challenges are to be expected in developing anything. “Sometimes you have to fail before you can succeed, right?” he said, according to The Wall Street Journal.

The jury heard the trial’s first patient testimony when Arizona medical assistant Brittany Gould took the stand Tuesday to explain how a Theranos test falsely suggested she was having a miscarriage when she really wasn’t, according to The Mercury News. Gould had miscarried three times before but gave birth to a girl from that pregnancy. She said she and her nurse practitioner, Audra Zachman, discussed options for possibly terminating the pregnancy after getting the test results.

Zachman also testified, saying that Gould took a test from lab giant Quest to measure levels of the hormone hCG, which is produced during pregnancy, according to The Verge. On September 30, 2014, the Quest test showed hCG levels of 1,005, which could indicate pregnancy. Zachman said these levels can double in 48 to 72 hours in a normal pregnancy. But on October 2, a Theranos test said Gould’s hCG level was 12,558. Two days later, another Theranos test showed it had plummeted to 125.58; the sharp decline suggested Gould was miscarrying. Theranos later told Zachman that its second test result had a misplaced decimal and should have also showed 12,558.

On Wednesday, former Defense Secretary James Mattis took the stand to describe his experience on Theranos’ board. Mattis said he had invested nearly $85,000 in the now-defunct startup to “have skin in the game.” He also discussed his plans with Holmes for a military pilot project of Theranos’ technology. Mattis testified that “there came a point when I didn’t know what to believe about Theranos anymore” after a Wall Street Journal investigation said the company’s tests didn’t work as advertised.

Adam Rosendorff, Theranos’ former lab director, testified on Friday that he once believed Theranos was “going to be the next Apple,” according to the Mercury News. As his time at the company progressed, though, he “came to realize that the company really valued PR and fundraising over patient care.”

He said that, days before the commercial launch of Theranos’ machines, he tried to alert Holmes that the machines were yielding inaccurate results, according to the Wall Street Journal.

“She was very nervous,” he said of Holmes. “She was not her usual composed self.”

Rosendorff also testified that he was expected to explain away dubious test results, according to the Wall Street Journal.

“I was often called upon to come up with reasons other than test performance,” he said. “I felt pressured to defend the company’s results to physicians.”

CNBC obtained hundreds of pages of messages between Holmes and Ramesh “Sunny” Balwani, her ex-boyfriend and former Theranos COO and president. One text from 2014 showed Holmes calling herself “best business person of the year.” Earlier this month, prosecutors released other texts between Holmes and Balwani.

You can catch up on what happened in Week 1 here and what you missed from Week 2 here. You can read about how Holmes wound up on trial here and find out everything else you need to know about the case here.

Thousands getting first Covid -19 jabs, boosters, after new rules for the unvaccinated

© Image by SPY.com As we head into the Christmas shopping season, major retailers like Amazon, Target and Walmart are grappling with potential supply chain disruptions. Anecdotally, our own grandparents ... Read more »

Video was released Tuesday of a Chicago police officer fatally shooting a man who was armed with a knife last month during a domestic disturbance call. The footage from officer ... Read more »

A Maryland-based naval nuclear engineer and his schoolteacher wife were indicted by a federal grand jury on Tuesday on national security charges that they tried to sell secret information about ... Read more »

Every adult in NSW to receive $50 travel voucher

All adults in NSW will receive a $50 “Stay and Rediscover” voucher to use towards accommodation to boost the state’s tourism sector. NSW Premier Dominic Perrottet announced more than $500 ... Read more »

We are seeing history repeat itself in the government. The same small group of climate deniers who killed off the National Energy Guarantee in Turnbull’s years are now holding Australia ... Read more »

Passengers using Heathrow next year could see airport charges rise by more than 50% next year, under price cap proposals released by the aviation regulator that have infuriated airlines. © ... Read more »

Olympics-U.S. Olympians voice concern over human rights ahead of Beijing 2022

By Amy Tennery (Reuters) – Veteran Olympians for the United States denounced China’s track record on human rights this week but stopped short of endorsing a boycott of Beijing 2022, ... Read more »

Orionid meteor shower: How to see bits of Halley's Comet burn up this week

Get up early enough this week and you might be rewarded with a dazzling fireball in the sky courtesy of the annual Orionid meteor shower. The Orionids are set to ... Read more »

© EPA Jair Bolsonaro has declined the vaccine and refused to wear a mask in public – EPA Brazil’s president, Jair Bolsonaro, should be charged with murder for his role ... Read more »

© Provided by Daily Mail MailOnline logo Police have arrested four people in connection with an explosion that killed a two-year-old boy when a gas pipe was cut inside a ... Read more »

© Provided by Daily Mail MailOnline logo Australian Test cricket great Michael Slater has been arrested over an alleged domestic violence incident. The 51-year-old was spoken to by police at ... Read more »

Give Kuasa a chance to prove itself, says PSM

Growing up amid the garbage of a slum village in Sarawak

© Provided by MalaysiaNow Sitting on a patch of muddy ground outside her grandparents’ house in Bintulu, four-year-old Michelle plays with a toy that she found at a nearby rubbish ... Read more »

© Provided by Hindustan Times Bangladeshi Hindus stage a demonstration in Dhaka on October 18, 2021 to protest against the fresh religious violence against Hindus in the country. (Photo by ... Read more »

© Provided by Business Insider Vacant homes dot the landscape in the Medina Annex at the Lackland Air Force base in San Antonio, where some families say they still wait ... Read more »

Did you suffer a crushing loss in Week 6, by way of a last-second defeat or a blowout? Well, we here at Yahoo Fantasy are here for you, yet again, ... Read more »

Sergio Perez heads to the US, Mexican F1 GPs with a hometown advantage

After a one-year hiatus because of the COVID-19 pandemic, F1 returned to the United States with fanfare provided by Red Bull Racing and Sergio Perez. © Provided by NBC Sports ... Read more »

Rep. Pramila Jayapal (D-Wash.) expressed doubt on Tuesday that the tuition-free community college proposal previously floated by Democrats to be included in the sweeping social spending plan the party is ... Read more »

The Biden administration on Tuesday backed down on a controversial proposal to direct the IRS to collect additional data on every bank account that sees more than $600 in annual ... Read more »

U.S. must do more to free retired Tennessee Marine detained in Venezuela | Opinion

Retired Marine Matthew Heath of Knoxville, Tennessee was arrested and charged on alleged terrorism charges in 2020 in Venezuela. (Photos courtesy of his family from before and during captivity). Retired ... Read more »

© Provided by Independent Online (IOL) Netflix SA has announced that the prices of its Standard and Premium plans will increase from Tuesday, October 19. This is will the first ... Read more »

(Bloomberg) — Netflix Inc. posted its best subscriber growth of the year, beating Wall Street estimates thanks to the popularity of “Squid Game,” its breakout drama from South Korea. Most ... Read more »

© Provided by Al Jazeera A new submarine-launched ballistic missile is seen during a test in this undated photo released on October 19, 2021 by North Korea’s Korean Central News ... Read more »

Cole describes Foden's display for Man City in as a 'masterclass'

© Provided by Daily Mail MailOnline logo Joe Cole has praised Phil Foden after the Manchester City star produced a ‘masterclass’ in their 5-1 victory over Club Brugge. The 21-year-old ... Read more »

© Provided by Hindustan Times Uttar Pradesh: A view of the Kushinagar International Airport that is scheduled to be inaugurated by Prime Minister Narendra Modi on October 20, in Kushinagar.  ... Read more »

—@JohnKingCNN: “I'm going to share a secret I've never shared before: I am immunocompromised. I have multiple sclerosis. So I'm grateful you're all vaccinated….” pic.twitter.com/7vOk2CxXRP — Oliver Darcy (@oliverdarcy) October ... Read more »

A LOTTERY winner was killed by her doctor husband who injected her with painkillers after he accused her of squandering the cash. Joseph Roncaioli, 72, was found guilty of the ... Read more »

Windows 11 upgrade: How you can download Microsoft's new OS right now without waiting

How to unlock the Barriga Criptograma Chest in Far Cry 6