There are around 7.6 million people living with a heart or circulatory disease in the UK, according to the British Heart Foundation. A study has suggested that an assessment of your ability to walk up stairs could indicate whether you are at risk of the condition.

With the decline of smoking and widespread use of cholesterol-lowering drugs, changes in public health have significantly helped curb rates of heart disease. Nonetheless, it still directly impacts many people.

According to the World Health Organisation, heart disease remains the leading cause of death worldwide.

Coronary heart disease is the term that describes what happens when your heart’s blood supply is blocked or interrupted by a build-up of fatty substances in the coronary arteries.

Over time, the walls of your arteries can become furred up with fatty deposits, according to the NHS. 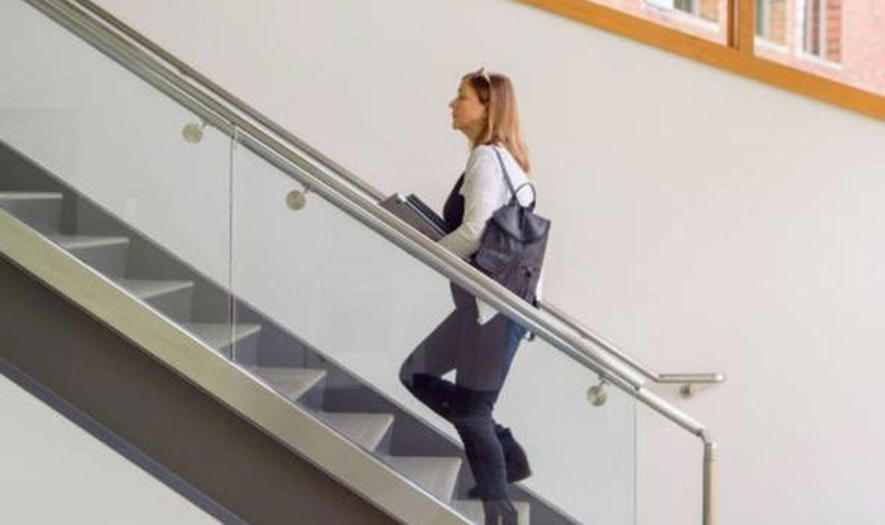 Researchers have now suggested that the disease could be detected through a stairs test.

If you can walk up four flights of steps without trouble, this indicates you are not at risk, a study says.

University Hospital A Coruna in Spain carried out the research.

The researchers suggest that those that can do this stairs test in less than a minute have better heart function.

“The stairs test is an easy way to check your heart health,” said Dr. Jesús Peteiro, a cardiologist at the University and lead author.

“If it takes you more than one and a half minutes to ascend four flights of stairs, your health is suboptimal and it would be a good idea to consult a doctor,” he added.

The 165 study participants each walked or ran on a treadmill until exhaustion with their exercise capacity measured as metabolic equivalents (METs).

After a rest period, the study group climbed four flights of stairs, which was 60 steps, at a fast but non-running pace, then had their METs measured again. 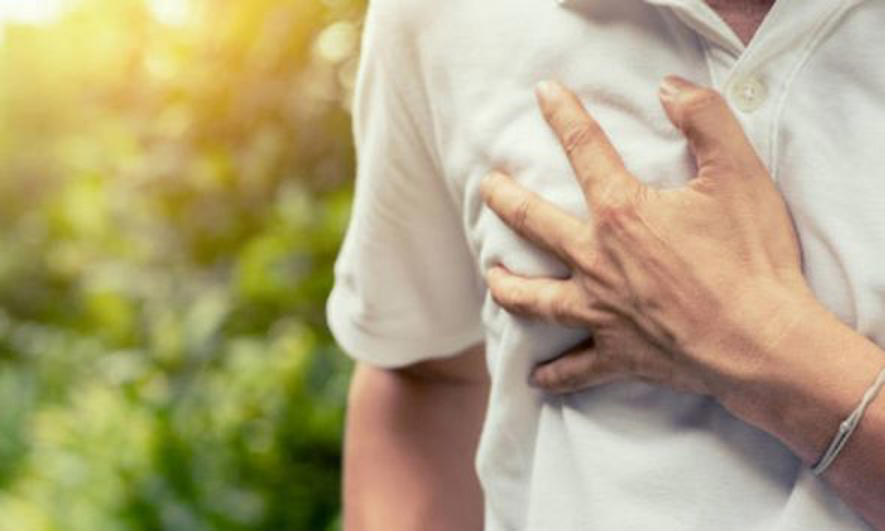 Therefore, the test should not be viewed as a substitute for fuller evaluations from a doctor.

If your arteries become completely blocked, it can cause a heart attack.

A heart attack can happen at any time, including when you are resting. If heart pain lasts longer than 15 minutes, it may be the start of a heart attack, according to the NHS. 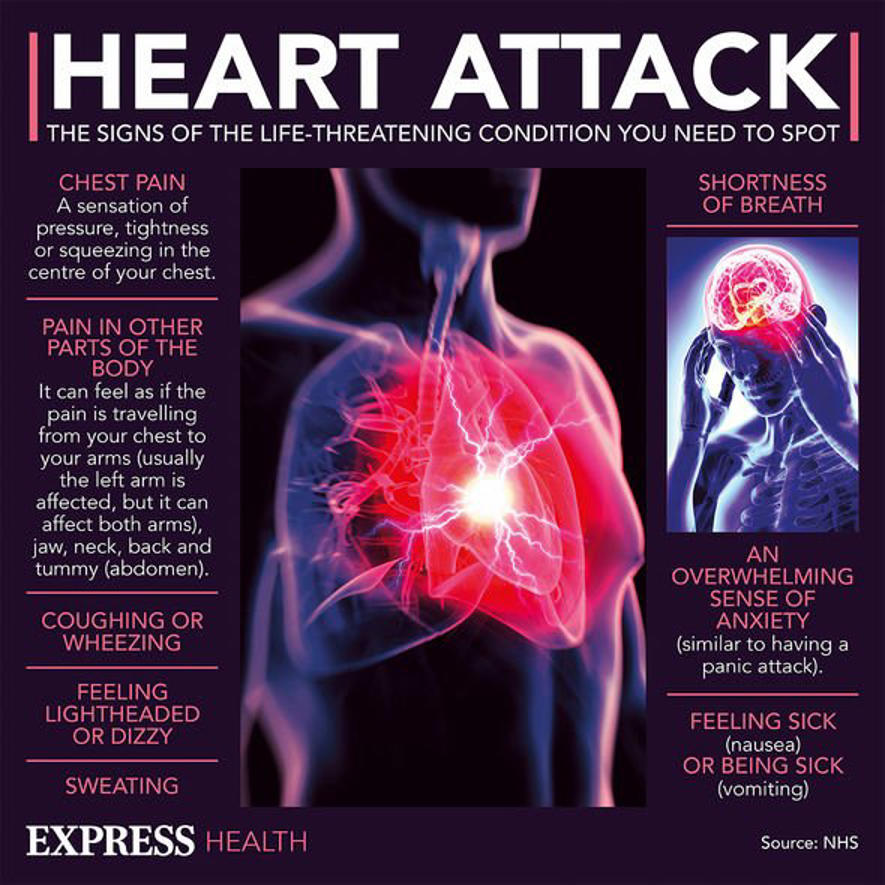 You might not be diagnosed with coronary artery disease until you have a heart attack, angina, stroke or heart failure, according to the Mayo Clinic.

“It’s important to watch for cardiovascular symptoms and discuss concerns with your doctor. Cardiovascular disease can sometimes be found early with regular evaluations,” the site adds.

Always seek emergency medical help if you think you might be having a heart attack.

If you have concerns about developing heart disease, you can speak to a doctor about actions to reduce your risk.

When Kishore Kumar went bald to avoid a role: Gulzar in new book

Potters Corner set for return to action at Aintree Racecourse

Government urged to make a decision on HS2 route

Supporters and opponents of the paused Birmingham-to-Leeds section of the HS2 high-speed rail project are calling on the government for clarity. © Siemens/PA HS2 has suspended work on the so-called ... Read more »

© Provided by Daily Mail MailOnline logo This is moment two startled workers spotted a fox riding on the roof of a van during their early-morning motorway commute. Footage shows ... Read more »

Andrey Rublev is the latest player to announce their decision to get vaccinated amid talks of a ban for unvaccinated players at the Australian Open. He joins 2020 runner-up Dominic ... Read more »

Green light for children to go trick or treating this Halloween

The Government has given a green light for children to go trick or treating this Halloween. Speaking today, Taoiseach Micheál Martin said that children “are not the problem,” amid calls ... Read more »

Liam Livingstone is “fine and fully fit” after suffering a blow on the finger during England’s T20 World Cup warm-up defeat to India on Monday, captain Eoin Morgan has confirmed. ... Read more »

A return to more restrictive public health measures such as lockdowns may be needed once again if current measures do not have a “sufficient effect” on the profile of Covid-19, ... Read more »

© Courtesy Dorado Beach, a Ritz-Carlton Reserve It’s time to start thinking about fall and holiday travel—and if you’re a planner, next year’s vacations. As people ramp their plans back ... Read more »

Duchess Kate made a passionate keynote speech at the new campaign by patronage The Forward Trust on Oct. 19, in which she emphasized the role supportive early childhood care can ... Read more »

A Haitian gang is demanding $17 million in exchange for the release of a group of kidnapped Christian missionaries, a top official said

COVID-19: Is the UK's booster jab rollout too slow – and will it work?

Sky News looks at claims the UK booster vaccine programme is too slow and complex ahead of what's been described as an "uncertain" winter, with daily cases nearing 50,000 and deaths reaching their highest level since March. Read more »

The FDA Plans to Allow Americans to 'Mix and Match' Boosters

© Getty Images The Food and Drug Administration is expected to allow Americans to receive a coronavirus vaccine booster that’s different from their initial dose, which could happen as early ... Read more »

© Scott Olson/Getty Images Donald Trump released a statement Tuesday calling Colin Powell a “RINO” who targeted Republicans. In this photo, Trump speaks to supporters during a rally at the ... Read more »

© Provided by GamePur The Shrine of Ocean’s Fortune is one of the six shrines in the Sea of Thieves Season Four update. Navigating it will require a fair bit ... Read more »

Trump calls Colin Powell a 'classic RINO' who 'made big mistakes' in Iraq: 'But anyway, may he rest in peace!'

A Brian Laundrie lookalike was ambushed by a team of U.S. Marshals in an Ithica, N.Y., cabin he was staying in with his girlfriend as federal agents continue the hunt ... Read more »

Quinoa is undoubtedly a versatile grain. Packed with high levels of fiber, protein, and amino acids, the high-protein South American super food has been a dieter’s favorite. But where does ... Read more »

‘The great people curse him': Trump slams senator who said ageing politicians like him should take senility test

Dai Young says it is “a real shame” Saturday’s derby between his Cardiff side and the Dragons will see both teams missing their Wales squad players. And he has revealed ... Read more »

Council support grant can get struggling families £1,000 to pay for food and bills

Low income families can get up to £1,000 to put toward bills, food and furniture in support being handed out by councils. The help is provided through welfare assistance schemes ... Read more »

Atalanta have been backed to “put Manchester United in difficulty” by former player Massimo Taibi. The two teams will square off at Old Trafford in the Champions League with the ... Read more »

The consequences of Birmingham City’s summer of transfer mayhem are still being felt. St Andrew’s is owned by a separate company, the spending freeze which followed remains evident around the ... Read more »

© Provided by Daily Mail MailOnline logo Boris Johnson plans to increase the number of controversial low traffic neighbourhoods (LTNS) under his green drive despite claims that they do not ... Read more »

Manchester United told where to find next Roy Keane

Manchester United have been told where they can find the next Roy Keane and fix the issues in the midfield department. Jamie Carragher and Gary Neville have been singing the ... Read more »

TARPON SPRINGS, Fla. (AP) — Police fatally shot a Florida teenager after he pointed what turned out to be an air rifle at people, cars and officers, a police chief ... Read more »

Leeds United-linked Cantwell could move for free despite £40m valuation

The easy way to make contactless payments by mobile phone

Trump Tramples on Colin Powell's Grave in Blistering Statement: ‘A Classic RINO … But Anyway, May He Rest in Peace!'

Woman stabs husband and tells police ‘I admit it all', footage shows

'I should've stabbed him more', wife accused of husband's murder said on arrest