HCM City FC's coach Alexandre Polking criticised Nam Định after the 3-2 loss. Photo thanhnien.vn
NAM ĐỊNH — HCM City FC coach Alexandre Polking slammed Nam Định for time-wasting at the end of his side's 3-2 defeat on Sunday, but Nam Định coach Nguyễn Văn Sỹ insisted what his side did was within the limits of fair play. At Thiên Trường stadium in Nam Định, the home team won thanks to two goals by Ossou Konan and one from Rodrigo Dias while Lâm Ti Phông’s brace wasn’t enough for HCM City to take anything. The turning point came after a beautiful free-kick from Rodrigo Dias in the 67th minute to make the score 3-2. Tempers flared in the dying minutes and Phan Văn Hiếu of Nam Định and City star Lee Nguyễn received red cards in extra time.

After the match, Polking said he wasn’t happy to see the home team wasting time by committing fouls to preserve their lead.

"What I saw here today in the last 12 minutes is not good for the league at all. It's a shame for me to see that. I would never do that for a team to win a game. Never," he said, referring to time-wasting from Nam Định.

Polking congratulated Nam Định's players and said the referee did the right thing in adding on a lot of extra time but lambasted the home team's efforts to slow the game by throwing the ball away when it went out of play and players staying down.

Nam Định’s coach Nguyễn Văn Sỹ disagreed with Polking's statement and said his opponents would have done the same thing if roles were reversed.

"HCM City would have done that too if they had been in the same situation,” Sỹ said.

“The dedication of the players in this match was amazing. I hope they keep their determination in the next matches. This is a worthy result for the club and the fans of Nam Định.

“They said my team bought time, but they also have to look in the mirror. HCM City also injured my players. What we did to preserve the score is completely within the limits of football,” said the 49-year-old.

Nam Định currently sit sixth in the table with 15 points after 10 games, while HCM City are in 12th place with only 10 points - only one point away from bottom.

In the next match, Nam Định will meet Than Quảng Ninh, while HCM City will face defending champions Viettel. VNS

The Saigon Classical Music Group will present the “Ensemble of Nature” concert at the HCM City Union of Arts and Literature Associations on May 8. Photo from the organiser’s Facebook page The Saigon… Read more »

The Netherlands looks to further strengthen ties with VN: ambassador

To mark the Netherlands’ National Day on April 27, Dutch ambassador Elsbeth Akkerman writes to Việt Nam News King’s Day is the Netherlands national day, on which we celebrate our unity in diversity.… Read more »

V. League game to commence without spectators despite 5,000 tickets sold

Home team Thanh Hoa had sold 5,000 of a planned 12,000 tickets when, on Wednesday morning, the provincial People’s Committee requested the match be played behind closed doors as a measure to prevent… Read more »

Liem lost the first match with black in 48 moves, and tried various tactics in the next three to claw a point back, but a cautious Nakamura managed to draw all of them… Read more »

​Spanish cyclist is king of mountains in HTV Cup

The 19th stage of the race, also known as HTV Cup, on Tuesday was the most challenging one to date, with the course taking the riders from Phan Rang Town up to the… Read more »

The organizers of the Vietnam Basketball Association (VBA), a national professional basketball league, announced at a press conference on Monday afternoon a number of interesting changes to the competition format for the upcoming… Read more »

Exhibition showcases the retro beauty of the past

Retro exhibition showcases about 36 works of arts in line with the modern intellectual culture world in Việt Nam, mostly from the beginning to the middle of the 20th century. — Photo thethaovanhoa.vn… Read more »

Bãi Dài Beach, one of the most beautiful beaches on Phú Quốc Island. — Photo vntrip.vn HCM CITY – Phú Quốc Island, in the Mekong Delta province of Kiên Giang Province, has been… Read more »

Ballet teacher says you can dance if you want to

Crowds of people at a famous tourist spot in Sa Pa Town, the northern mountain province of Lào Cai. The culture ministry has urged to limit similar crowds during the upcoming national holidays… Read more »

National women's championship to kick off in May

HCM City players celebrate after beating Hà Nội Watabe 1 during their match at the National Women’s Football Championship last year. HCM City will defend their title as the tournament is scheduled on… Read more »

The draw ceremony for the Asian Futsal World Cup 2021 playoff, held at AFC House in Kuala Lumpur, Malaysia, resulted in the first playoff between Iraq and Thailand and the second between Vietnam… Read more »

The football tournament played in Huc Dong Commune, Quang Ninh Province, on Sunday is part of the Binh Lieu District Ethnic Culture and Sports Festival and began in 2018. Before a match, the… Read more »

The Local Game: Romance in football is alive and kicking

Midfielder Lương Xuân Trường (centre) seen in the match against Hà Nội FC. Photo thanhnien.vn Football HÀ NỘI After a period of struggling in the aftermath of Việt Nam’s run to a silver… Read more »

Vietnamese mother under fire for bringing little son to marathon

Netizens in Vietnam have sharply rebuked a runner for having her nine-year-old son run with her in the 42-kilometer category at a trail marathon in the northern region last weekend. Organized by Danish… Read more »

Run for Peace comes back after one year off

England’s football authorities have joined forces to announce a social media boycott next weekend in response to continued online racist abuse of players. The boycott will take place across a full fixture programme… Read more »

Swimming EYES ON THE PRIZE: Hoàng Quý Phước is training hard in preparation for the Olympics and SEA Games this year. Photo thethao.sggp.org.vn Thanh Hà At the ripe old age of 28, time… Read more »

Farmers and football: the Vietnamese women scoring big on the field

Legs stiff from long days in the rice terraces of northern Vietnam, scores of female farmers dressed in colourful cloth headbands and skirts gather on a gravel pitch for a game of football.… Read more »

Organisers donate VND70 million in support of charitable activities in Moc Chau. The event was notable for participants from 48 nations worldwide competing in the race, with distances ranging from five km up… Read more »

Beach football teams to duke it out in Huda tournament 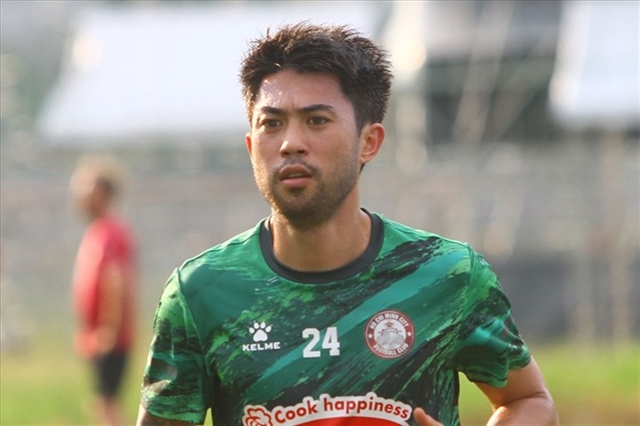 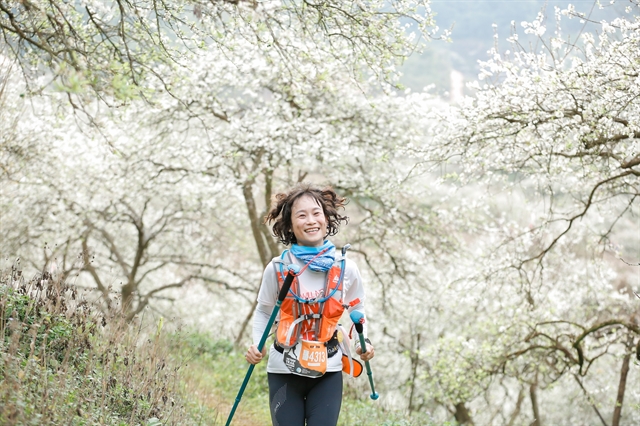 The Việt Nam Trail Marathon started in Mộc Châu today. — Photo courtesy of the organisers Marathon MỘC CHÂU After being postponed due to the spread of the COVID-19 pandemic in January, today… Read more »

Gymnast Dinh Phuong qualifies for the upcoming 2021 Tokyo Olympics competitions thanks to his excellent performances in the previous international tournaments. The cancellation means Phuong Thanh is one of the two athletes to… Read more »

ANGER: A banner declaring the death of Liverpool Football Club is tied to the gates of Anfield Stadium. AFP/VNA Photo Paul Kennedy It’s been a week like no other. I never thought I’d… Read more »

Taking a knee, raising a fist to be punished at Tokyo Games-IOC

Deputy Director of the General Department of Sports and Physical Training Tran Duc Phan (C) serves as President of the Vietnam Baseball and Softball Federation in the 2021-2025 tenure.    NDO – In… Read more »

Vietcontent signs a contract with the Organizing Committee of SEA Games 31 and ASEAN Para Games 11 to become the official sponsor of the two events. The announcement was made during a press conference… Read more »

The teams, now ranking between fourth and seventh positions in the Asian region, are competing in the play-off round to select the best two teams to the FIFA Futsal World Cup alongside the… Read more »

Arminia Bielefeld’s Fabian Klos scores their first goal. (Photo: Reuters)    Schalke 04 were relegated from the Bundesliga for the first time in 33 years on Tuesday after losing 1-0 to fellow strugglers… Read more »

Vietnam to play Jordan ahead of World Cup qualifiers

The breakaway European Super League, rocked by the departure of its six English clubs on Tuesday, said it would focus on efforts to “reshape the project” while stopping short of declaring outright defeat.… Read more »

LONDON — Premier League leaders Manchester City became the first of the 12 founder clubs to withdraw from the new European Super League (ESL) on Tuesday as the project started to disintegrate. Chelsea… Read more »

UEFA threaten to ban breakaway clubs from all competitions

Viettel held to draw with HCM City FC in V.League 1

New play for children to be staged at dance school

Third-tier football to begin in May, featuring 14 teams