A report by the Centre for Policy Studies also urges the Chancellor to freeze alcohol duty ahead of the upcoming spending review as a pack of lager faces a 36p increase and a bottle of gin, a 50p increase. The Chancellor faces a challenge to rebalance Britain’s finances after spending almost £372billion to fight the COVID-19 pandemic, which includes the furlough scheme.

Government departments are being asked by Mr Sunak ahead of next months’ review to find savings of at least five percent from daily budgets and seek other ways to raise revenue.

Tax rises imposed by Mr Sunak will come on top of a 1.25 per cent increase in National Insurance from April 1, 2022 to pay for spiralling health and social care costs. 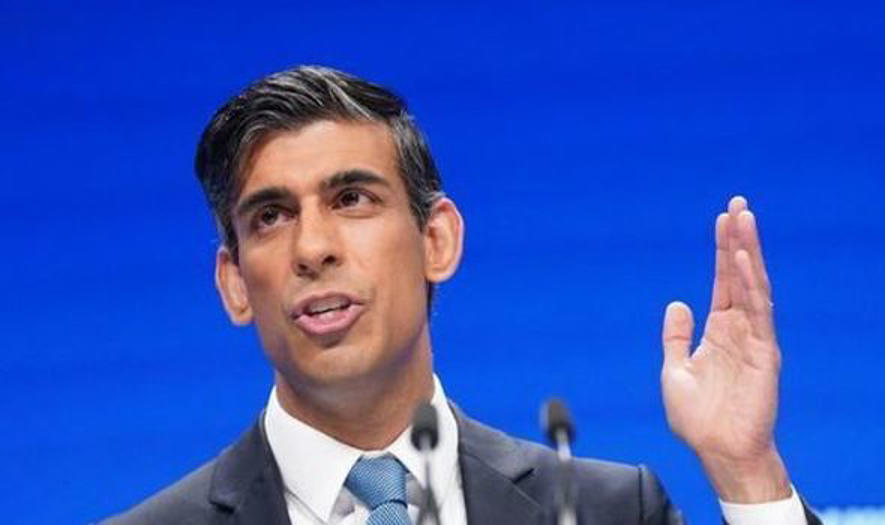 The think tank calculated that if duties on fuel were raised in line RPI inflation at 4.8 percent (based on the latest economic figures), then the price of petrol would increase by 2.78p per litre from 57.95p to 60.73p.

Leading UK automobile organisations say the average capacity of a fuel tank ranges between 40 and 70 litres. 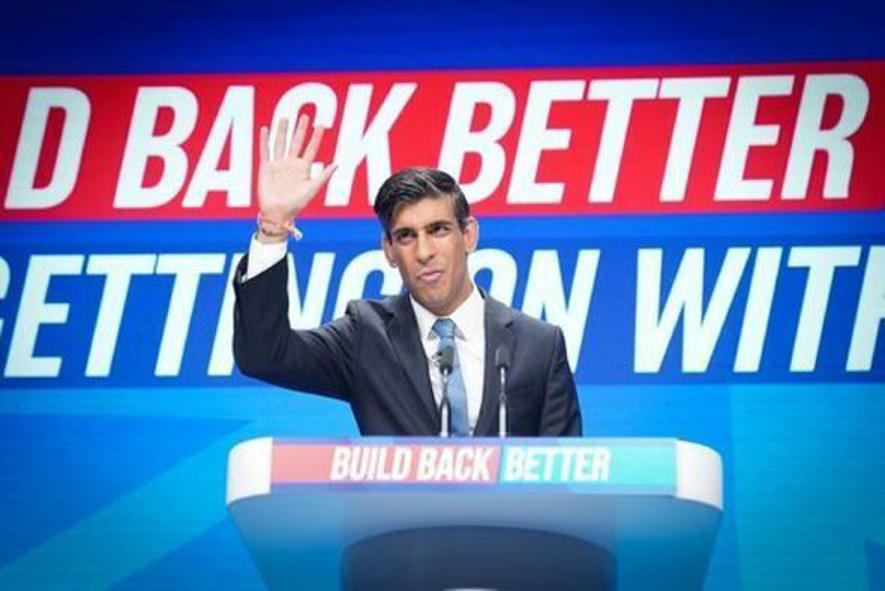 The think tank report also claims a freeze in alcohol duty is likely to help the still-struggling hospitality sector to recover after the pandemic.

Tom Clougherty, of the Centre for Policy Studies, said: “‘There is a strong case for freezing fuel and alcohol duties for a further tax year at the forthcoming Budget. 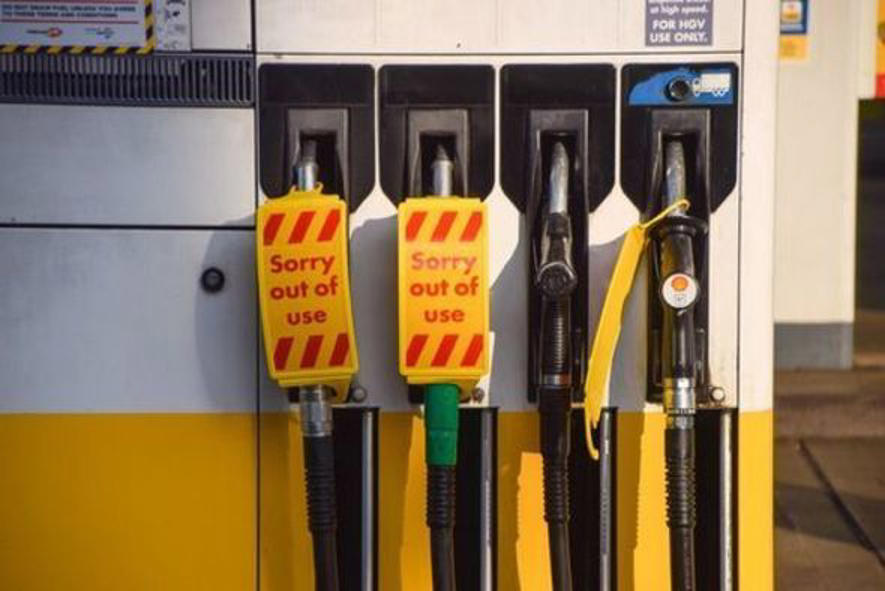 “Inflation and already-announced tax and benefit changes are putting pressure on household budgets.

“Our existing excise duties are high compared with our neighbours and as a proportion of final sale prices.

“What’s more, both alcohol and fuel duties are outdated in their current form and in need of a serious overhaul – a process that is already underway for alcohol.

“The Chancellor froze alcohol and fuel duties at his March 2021 Budget. He should do the same again in a few weeks’ time.” 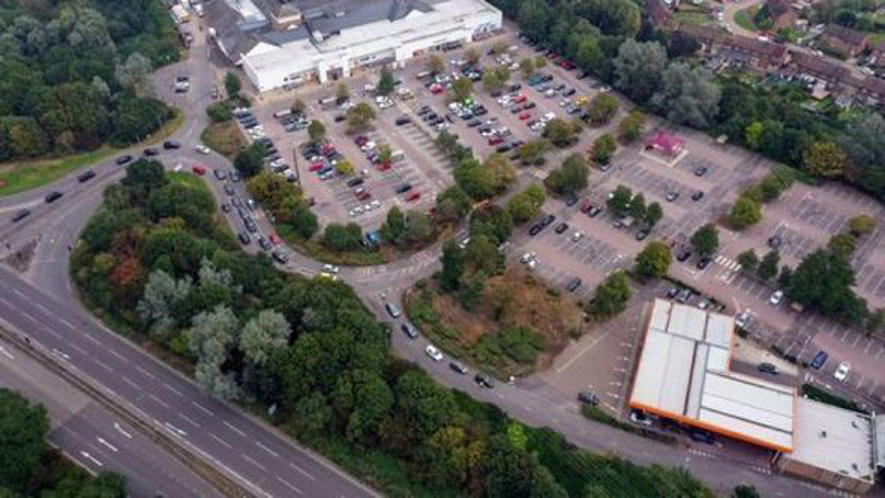 The latest figures from the AA revealed the average price of unleaded petrol was 140.22p a litre, with diesel at 143.42p.

The data revealed the price of petrol at UK pumps was £1.40 a litre, the highest since September 2012.

Despite this, petrol is mostly available at forecourts but costs an average 5p a litre more than in September.

Jennifer Aniston reveals why doing the 'Friends' reunion was 'jarring' and more difficult than she expected it to be: 'Time travel is hard'

COVID-19: 'I saw that video and it upset me' says health secretary after viewing footage of staff laughing about pandemic - video

Josh Hartnett was one of the biggest names in Hollywood in the early 2000s but faded from the spotlight. © Photo: Tom Nicholson/BIFA/Shutterstock Josh Hartnett Now, in a new interview ... Read more »

MONTREAL — The virulence of the Omicron variant of the novel coronavirus will be one of the factors that shapes whether Quebec makes third doses of COVID-19 vaccines more widely ... Read more »

© Cheyne Gateley/VIP+ Kelly Edwards has experience in television on every side of the table. The industry veteran has worked as a writer and producer, she’s worked as a development ... Read more »

A recent New Yorker article profiled “Succession” star Jeremy Strong and painted an intense image of Strong including the length he goes to get into character. © Photo: Mark Von ... Read more »

The last couple of days have certainly felt like December, with temperatures a little below zero and a few shots of snow. Thursday carries another round of snow thanks to ... Read more »

VICTORIA — B.C. health officials are reporting 379 new cases of COVID-19 and six new deaths. The Health Ministry says in a news release Wednesday that there are 2,874 active ... Read more »

The Civicus Monitor rankings superimposed on a photo of Singapore’s skyline. Photos: Swapnil Bapat, Civicus Monitor Singapore slipped into the second-worst category any country could ever be in with regards ... Read more »

Lyon are DOCKED a point after Marseille's Dimitri Payet was hit by a bottle from the stands, causing the game to be abandoned - and the Ligue 1 side is forced to play the rearranged match behind-closed-doors

CHAMPIONS LEAGUE DRAW GUIDE: Manchester United, Manchester City, Liverpool and Chelsea are all set to learn their fate for the knockout stages... and here's all you need to know about how and when the last 16 will be matched up

MUMBAI: CLSA has upgraded Ashok Leyland to Buy from outperform and raised target price to Rs 153 from Rs 145 as the company is well-positioned to benefit from the revival ... Read more »

© GiveMeSport p1fmakugf3mg6bnr16k7lef1kn0b.jpg Journalist Pete O’Rourke has described Kyogo Furuhashi’s Celtic career as a “revelation”. The 26-year-old was unknown to Scottish football prior to his £4.6m from Japanese outfit Vissel Kobe ... Read more »

Mark Stone notched the tying goal with 5:13 left in regulation and assisted on Max Pacioretty’s go-ahead score a little more than a minute later as the Vegas Golden Knights ... Read more »

VICE presidential aspirant and Davao City Mayor Sara Duterte-Carpio met with nine mayors in the National Capital Region (NCR) ahead of the 2022 national elections. Duterte-Carpio had lunch with the ... Read more »

NEW DELHI: ICICI Bank ’s rally on Dalal Street and the bullish commentary about the lender might have caught the attention of many. In the process, it is possible that ... Read more »

Go-Ahead admits to ‘serious errors' over running of Southeastern trains

Train operator Go-Ahead Group has admitted to serious errors and failures in the way it ran the Southeastern rail franchise prior to it being taken over by the Government in ... Read more »

Health Secretary Sajid Javid said he was “very upset” when he saw the video of the PM’s adviser joking about a Downing Street Christmas party while London was under Tier ... Read more »

© Provided by Al Jazeera Oil-rich South Sudan has been engulfed in ethnic violence since December 2013 [Sumy Sadurni/AFP] A surge in clashes between rival armed groups aligned with government ... Read more »

U.S. workers are about to see their biggest pay increase in more than a decade

LONDON (Reuters) – British online greetings card company Moonpig reported a 8.5% drop in first-half revenue after the reopening of high street rivals that were forced to close in the ... Read more »

VIDEO: British woman, 29, braves deadly snakes and pumas to explore parts of the Amazon Rainforest ‘no other human has likely ever set foot in'

A British explorer has become the first person to trek east to west across the Kanuku Mountains – one of the last remaining unexplored wildernesses on earth, deep in the ... Read more »

Did you like Janhvi Kapoor's pink floral-print lehenga? This is how much it costs

From dresses to sarees, there is nothing that Janhvi Kapoor can’t pull off with effortless ease. Well, her Instagram account is definitely proof of that. Now, in her latest post ... Read more »

Giving relief to over 1 crore candidates, the railway recruitment boards (RRBs) on Wednesday announced the RRC group D exam date. As per the notification available on the RRB portals, ... Read more »

© Provided by Lifestyle Asia Housed in the futuristic 19M building in Paris, Chanel’s Métiers d’art collection 2021/22 heralded a new vision with a tribute to the past. For the ... Read more »

© Provided by Lifestyle Asia Karl Lagerfeld’s legacy is marked at the Grand Lisboa Palace in Macau as the resort opened the doors to the first and only hotel tower ... Read more »

Jawed Habib Tips: Learn From Expert How To Prevent Hair Frizz After Shower

One of the most common problems that people face during the winter is their hair becoming frizzy. Our hair loses a lot of moisture, and washing it with hot water ... Read more »

© Provided by Hindustan Times The SKM has also written an open letter to the PM seeking immediate resumption of talks with the government over six of their pending demands. ... Read more »

A mighty general, best of the soldiers, and a dear friend: An ode to CDS Bipin Rawat

Salman Khan, Ajay Devgn and others mourn the demise of CDS Bipin Rawat, send prayers to his family

© Provided by Radio City Chief of Defence Staff (CDS) General Bipin Rawat, his wife Madhulika Rawat and 11 other people on board died after an Indian Air force helicopter ... Read more »

Captain Bill Berger won over the crowd with his boat, lit up with the phrase 'FJB, Let's go Brandon,' at Yorktown's annual lighted boat parade on December 4But two days after he won first place in the competition, he was stripped of his title, with organizers calling the boat's theme 'too political''They had the awards ceremony, and they presented me winning the best in show and 48 hours later I got the phone call I was disqualified,' he said Read more »

Some popular Christmas presents are 41% more expensive than last year: How 33 popular items have surged in price - and just nine have dropped

Product interruptions and lorry driver shortages are causing products to sell out In turn, this is pushing up the prices of remaining items We reveal the presents soaring in cost - and those that are cheaper  Read more »

What channel is the Rangers game on? TV and stream details for match against Lyon

‘A man can dream', ‘Make it happen' – These Ipswich Town fans are excited by managerial development

Could a savings platform help boost your rate?

Learwife by JR Thorp review – out of Shakespeare's shadows

Is Celtic vs Real Betis on TV tonight? Kick-off time, channel and how to watch Europa League fixture