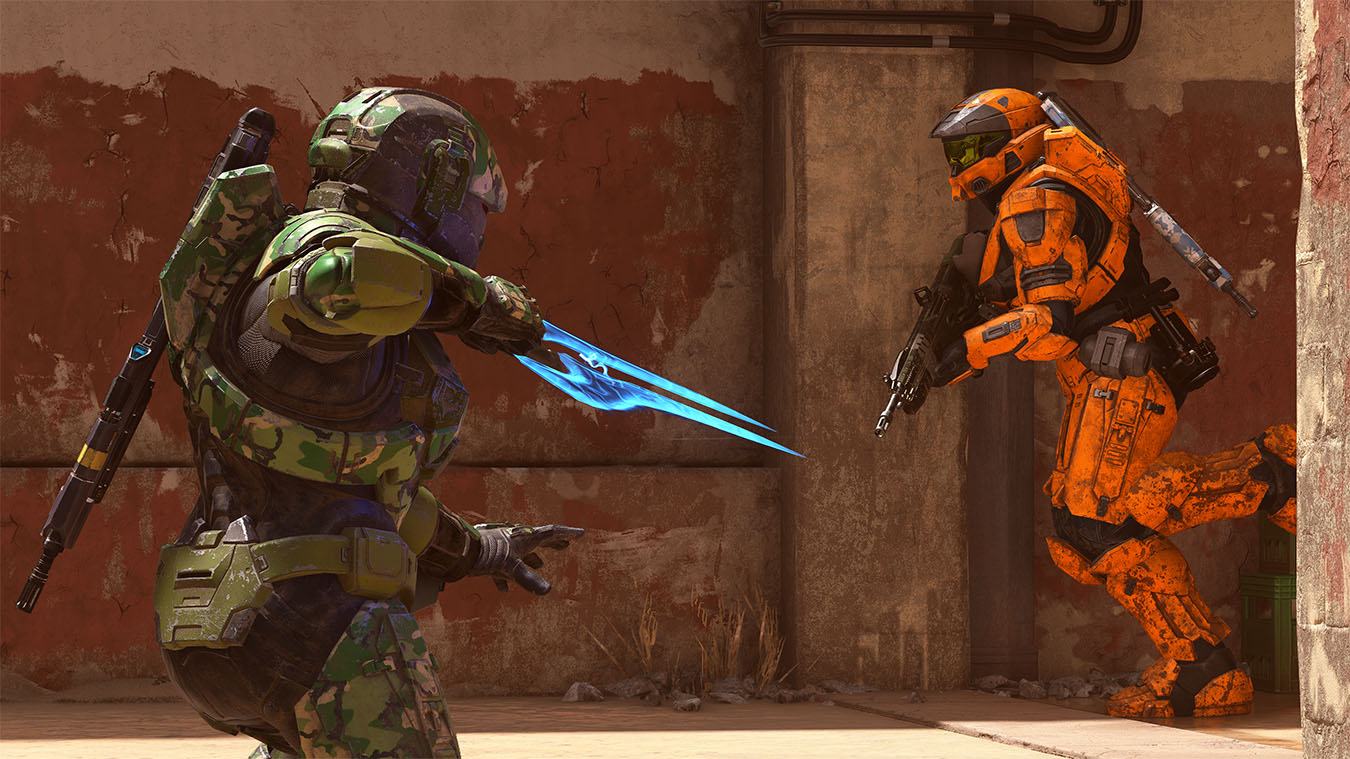 Even though Halo Infinite’s campaign lands on December 8 for Xbox Series X/S and PC, it looks like it won’t be the only piece of content keeping Halo fans occupied before the year is out, as developer 343 Industries has confirmed more fan-favorite modes are coming to the game’s multiplayer suite.

Halo community manager John Junyszek tweeted that playlists for Fiesta, Tactical Slayer (SWAT), and Free-For-All modes should be ready before the end of the year.

Let’s talk about Halo Infinite playlists!We’ve been reading your feedback, and we’re working on plans to add Fiesta, Tactical Slayer (SWAT), and Free-For-All playlists as we speak. They won’t land by Dec 8, but the team is pushing to get them in before the end of year 👊December 3, 2021

A stalwart Halo mode, SWAT takes away your shields and motion tracker while spawning you with a “hitscan” weapon (the projectiles of which hit instantly and have no travel time) like the battle rifle. The result is an intense game mode where a single shot can be fatal.

Fiesta, meanwhile, spawns players with a random pairing of weapons. That’s any weapon, too, meaning you could seriously luck out and spawn with a rocket launcher and energy sword. It’s a more casual mode where cheap kills are expected and it isn’t meant to be taken too seriously.

Free-For-All is a much simpler “every player for themselves” game type that provides a much more chaotic alternative to the team-based modes like Slayer and Oddball. FFA is always a serious test of skill in any Halo title, so we’re looking forward to having it back in Halo Infinite before the end of the year.

While it’s been great having Halo Infinite’s multiplayer suite drop early, ahead of the campaign, the number of modes available to play certainly leave something to be desired.

At present, only four game types are available in standard matchmaking (with three Big Team Battle variants featured on a separate playlist), those being Slayer, Oddball, Capture The Flag, and Strongholds. And while most of these are great fun, offering a variety of objectives, it’s all too common to see the same mode show up several times in a row.

Being able to switch things up with more returning game modes is sure to keep things fresh. And hopefully we’ll be able to continue levelling the game’s battle pass in the new modes, in spite of the more casual affair like Fiesta.

It’s a decent start to Halo Infinite’s multiplayer suite before the year is out, then, and with other mainstay modes like Forge and the co-op campaign still a long way off, we hope 343 Industries can keep supporting its multiplayer with a range of beloved (and hopefully some completely new) modes.

Weird: The Al Yankovic Story, Roku’s forthcoming biopic about the comedy music icon, has found its lead – and it’s none other than Daniel Radcliffe. In news that we did ... Read more »

Cyberpunk 2077 may be prepping for its long-awaited next-gen PS5 and Xbox Series X release, as an update has seemingly been prepared to launch soon on PC. Cyberpunk 2077’s woes ... Read more »

Cyberpunk 2077 may be prepping for its long-awaited next-gen update, as an update has seemingly been prepared to launch soon on PC. Cyberpunk 2077’s woes are well documented. When the ... Read more »

Intel’s lowly Celeron G6900 processor can be pepped up massively, an expert overclocker has shown us, pushing the Alder Lake chip to a rather staggering 57% above its default clock ... Read more »

Refresh 2022-01-18T14:22:23.811Z Xbox boss Phil Spencer is, unsurprisingly, excited about the announcement. As we extend the joy and community of gaming to everyone, we are incredibly excited to welcome the ... Read more »

HDMI on PS5: what you need to know

The PS5, Sony’s next-generation gaming console, is finally here. Although it remains difficult to find right now – thanks to the pandemic, stock issues and chip shortages – many lucky ... Read more »

HDMI on Xbox Series X: what you need to know

Vodafone, Qualcomm, and Thales have successfully completed a trial of iSIM technology that could pave the way for more devices to be connected to and managed by mobile networks. Traditionally, ... Read more »

Verizon and AT&T’s $70 billion 5G C-Band investment is once again facing major pushback, but this time from the airlines and supply-chain companies. After agreeing to multiple delays in the ... Read more »

Video game giants Call of Duty and World of Warcraft have a new home: Microsoft. On Tuesday, Microsoft announced it will acquire Activision Blizzard, the publisher behind Call of Duty, ... Read more »

Microsoft to buy gaming company Activision Blizzard in a deal valued at $68.7 billion

Could popular Android phone maker OnePlus be working on a gaming smartphone? That’s what a new rumor suggests, and it comes from a pretty compelling source. Digital Chat Station is ... Read more »

— Recommendations are independently chosen by Reviewed’s editors. Purchases you make through our links may earn us a commission. When it’s freezing and snowy outside, it’s perfectly natural to want ... Read more »

Do you need an SSD for your PS4 or PS4 Pro? Probably. SSD, which stands for solid-state storage, is a fast drive that’s almost always used in gaming PCs, and ... Read more »

Automated driving is still far from a reality in China, according to a new study of assisted driving systems of mainstream electric vehicles sold in the country, pouring cold water ... Read more »