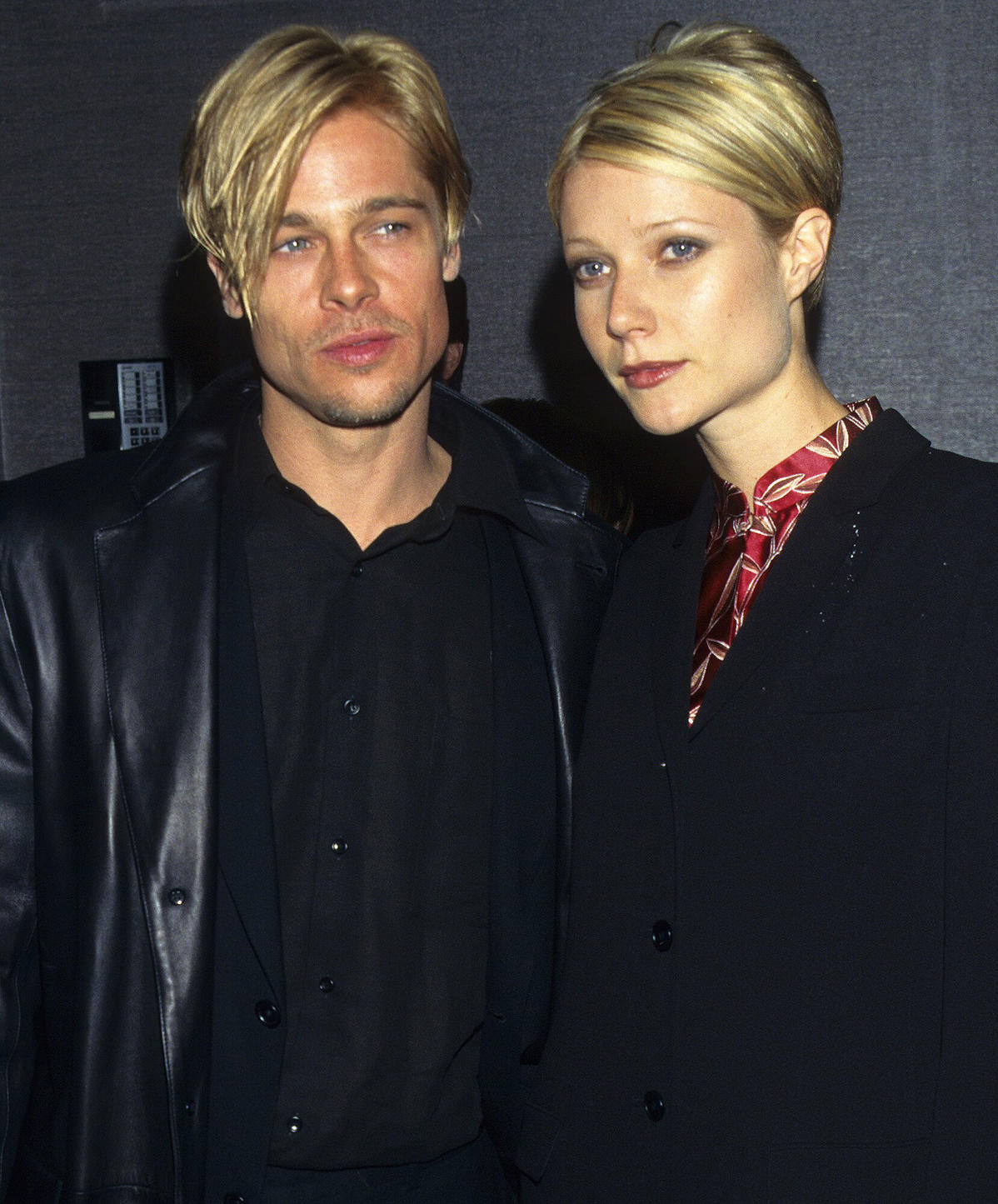 Gwyneth Paltrow is looking back on some of her most memorable hairstyles over the years — from iconic to questionable. 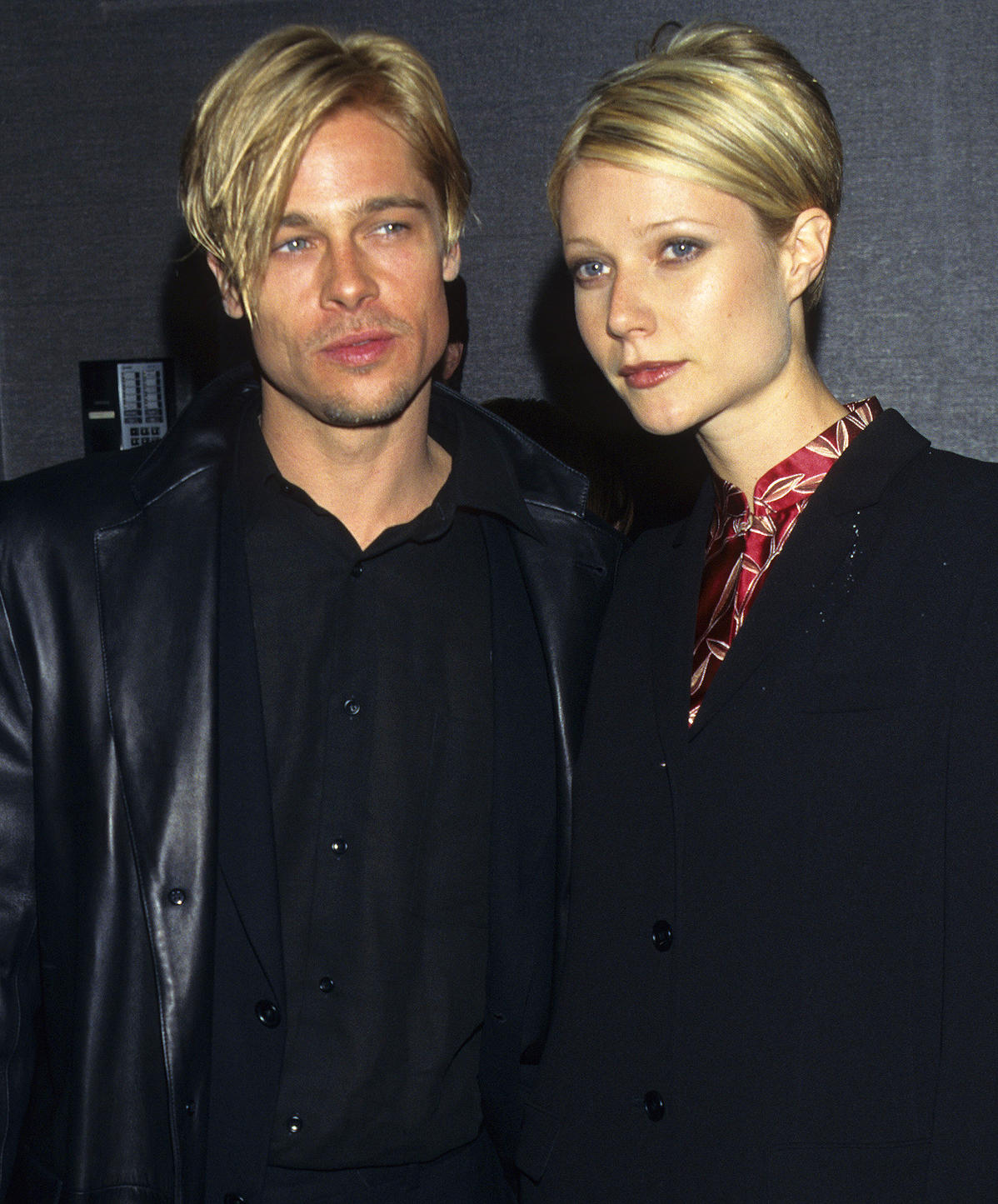 “Awww, matching haircuts!” the Goop founder, 48, said when Keating pulled out an iconic photo of the pair at the 1997 premiere of The Devil’s Own. “We went to the same stylist for the cut. [Celebrity hairstylist] Chris McMillan cut both of our hair like this.”

RELATED: Gwyneth Paltrow Has Shopping Tips for Everyone But Daughter Apple: ‘She Does Not Want My Advice Whatsoever’

Paltrow said she and Pitt did not match their looks on purpose that night, then shut down Keating when he asked if they should give the Oscar-winning actor a call.

“No! Why would we call him?!” she quipped. To which her assistant responded, “We’d like to talk about the look!”

“No! Nobody asked me about involving Brad Pitt,” The Politician star said, seemingly referring to the format of the GOOP promo video. 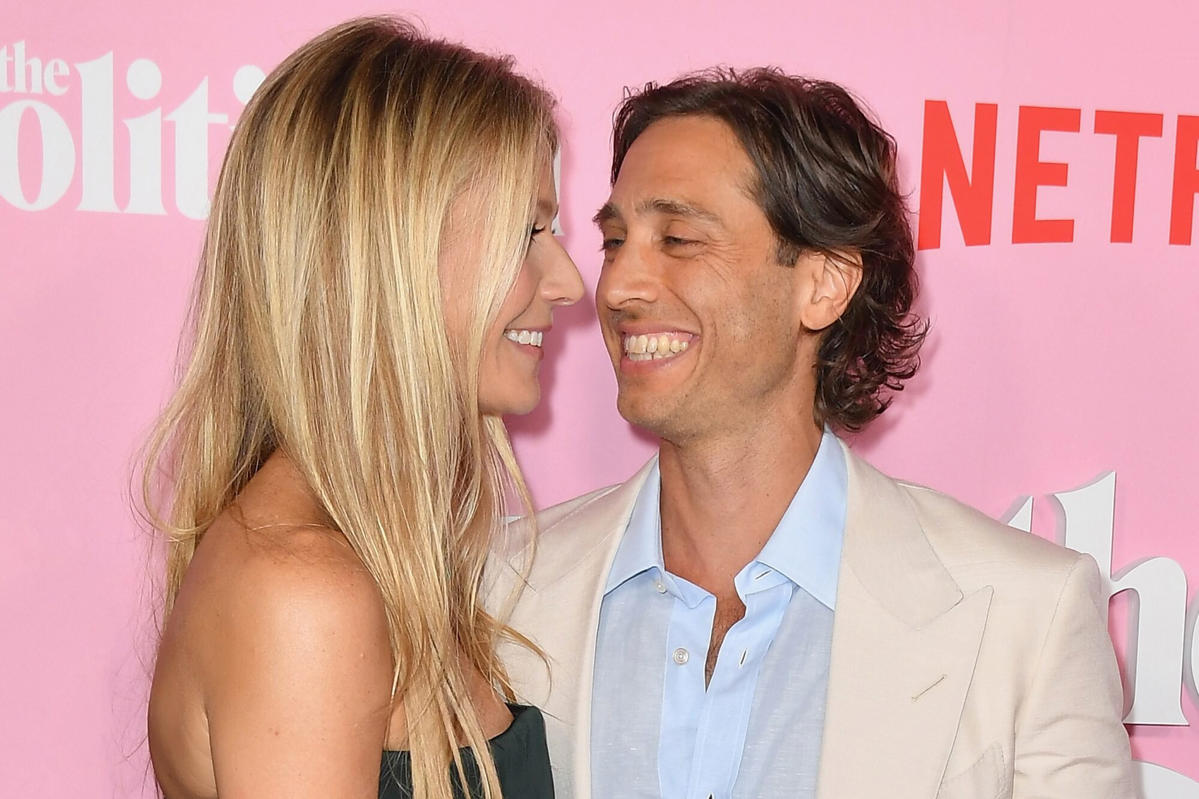 “He’s on my Grindr, though, let me get him that way,” Keating joked at the end of the clip.

In her Instagram caption, Paltrow (who’s now married to producer Brad Falchuk) said, “If I ever try to pull off a ’90s crimp again, please stop me,” before explaining the thought process behind Goop’s latest launch.

“I do still bleach my hair, obviously, and I’ve always wanted a quick fix to smooth damage, frizz, dryness and split ends,” the Iron Man actress began. “So the @goop team made just that: a preshampoo glow serum treatment clinically proven to deliver results.”

Paltrow continued: “I leave it in for twenty minutes before I shampoo, and the results last until I shampoo again. My hair has never been shinier. The team let me introduce it to you all early — head to the link in my bio to get your own.”

The people's choice against Norwich City: Loftus-Cheek to start!

'Nothing's stronger than family': Vin Diesel walked Paul Walker's daughter down the aisle and it's giving us all the feels

Cars can now text-what messages would your ride send you if it were being stolen?

Social distancing, holding rooms, and other anti-COVID measures: Comelec simulates how voting will run amid the pandemic

Valbuena case sentencing to begin next month on November 24—report

© Photo by Anatolii Stepanov/Anadolu Agency via Getty Images The judge presiding over the Mathieu Valbuena sex tape trial has pushed sentencing for those involved to November 24, according to ... Read more »

Krizza Neri still attracts suitors despite being in a lesbian relationship

Rocco Nacino Admits He Used To Be A Babaero

© Provided by Cosmopolitan Philippines Rocco Nacino has come clean about his ways in the past. While guesting on the talk show Mars Pa More, the Kapuso actor answered several questions ... Read more »

© Provided by Associated Press In this Oct. 1, 2021 photo, President Joe Biden and Speaker of the House Nancy Pelosi, D-Calif., walk in a basement hallway of the Capitol ... Read more »

© Provided by News18 South star Samantha Akkineni decided to go on Char Dham yatra to Uttarakhand after announcing her separation with husband Naga Chaitanya. The actress, who landed in ... Read more »

Review: At the Pittsburgh Symphony, a formidable pianist surprises with a severe Grieg concerto

Blessed be the pianist that still finds a way to startle and delight even with a staple of the pianistic repertoire. © Provided by Pittsburgh Post-Gazette At Friday’s Pittsburgh Symphony ... Read more »

HAVRE DE GRACE, MD — Those who go to the Havre de Grace Art Show this weekend can be part of the art. An interactive art project is one of ... Read more »

East Hartford has a second community mural in the works, and it’s all to create inclusion, diversity, and equity through public art. The town’s Black Caucus, mayor’s office, RiseUP and ... Read more »

Christian music’s mainstays — as well as several new faces — had a winning night at the 2021 GMA Dove Awards. After a socially distanced ceremony in 2020, the Nashville-based ... Read more »

© Provided by GamePur Becoming a starter in NBA 2K22 is not automatic. After all, you will need to impress your coaches, and prove that you are worthy of becoming ... Read more »

Ever since Sophie Reyes was a child, she knew that the time would come when she would also enter showbiz. © Provided by LionhearTV Growing up from her great-grandmother Paraluman, ... Read more »

Happy Saturday, people of Grand Rapids! Let’s get you all caught up to start today off on an informed note. © Provided by Patch First, today’s weather: Partial sunshine. High: ... Read more »

With Halloween just around the corner, we’ll soon be bidding October adieu to welcome even chillier nights and possibly some, dare we say it, snow. Before that happens, there are tons of ... Read more »

The Tennessean article “‘Tipping point’: Nashville leaders, businesses spar over Lower Broadway’s future” was well written, but I feel that although they are an abomination in my view, the pedal ... Read more »

for King and Country Unity and joy led the evening during this year’s GMA Dove Awards, with uplifting performances from CAIN, Lauren Daigle, Natalie Grant, KB, We The Kingdom, CeCe ... Read more »

Oct. 22—If Boise country concerts aren’t cutting it for you, point your pickup toward Emmett. Rodney Atkins is on the way. The ball-cap-wearing singer will return to the Treasure Valley ... Read more »

In August 1997, business guru Tom Peters talked about the concept of personal brand. Many thinks of “personal branding” as new and novel. This concept is brought about by recent ... Read more »

Photo courtesy of Maryland Athletics Following a scary head injury to midfielder Malcolm Johnston, the No. 7 Maryland men’s soccer team was forced to finish out the final 11 minutes ... Read more »

THE Philippines, which remains on the “gray list” of countries regarded to be a risk to the international financial system, has nevertheless made progress in countering money laundering and terrorism ... Read more »

ABS-CBN’s series Huwag Kang Mangamba and FPJ’s Ang Probinsyano remain two of the most-watched TV programs nationwide. © Provided by LionhearTV Despite their limited reach due to the shutdown of ... Read more »

© Miki Turner Nicolas Lodeiro (R) was in full training as a neutral Friday. TUKWILA, Wash. — The days are shorter, and so too is the time off between games. ... Read more »

The NBA unveiled its 75th anniversary team this week, which is to say, theoretically, these are the best 75 players of all-time (actually it was 76 because of what was ... Read more »

In 2017, Grace Tame looked up the word 'grooming'. She was both validated and horrified.

From Get Up, Stand Up! The Bob Marley Musical to Succession, we review the best of this week's culture

Día De Los Muertos Celebrations and Others Return To LA

Bongbong Marcos should apologize for his father