The show invites viewers to take a look at how the cruise liner’s 2,200 crew cater to their guests’ every need when the “ship itself is the destination”. Royal Caribbean’s Symphony of the Seas was built in 2018 and started the show in the cruise ship capital, Miami.

Viewers join Symphony of the Seas as the crew prepare for a seven day Caribbean cruise with over 6,600 guests.

Hotel director, Fernando, tells viewers: “There is no other operation in the world that will check out 6,600 guests in one morning and a few hours later have again 6,600 new people.

“The rooms are 100 percent clean and the hotel 100 percent pristine, in rooms that make you feel like you’re the first person ever on board.”

The cleaning team have just a few hours between cruises to bring the ship back up to pristine condition. 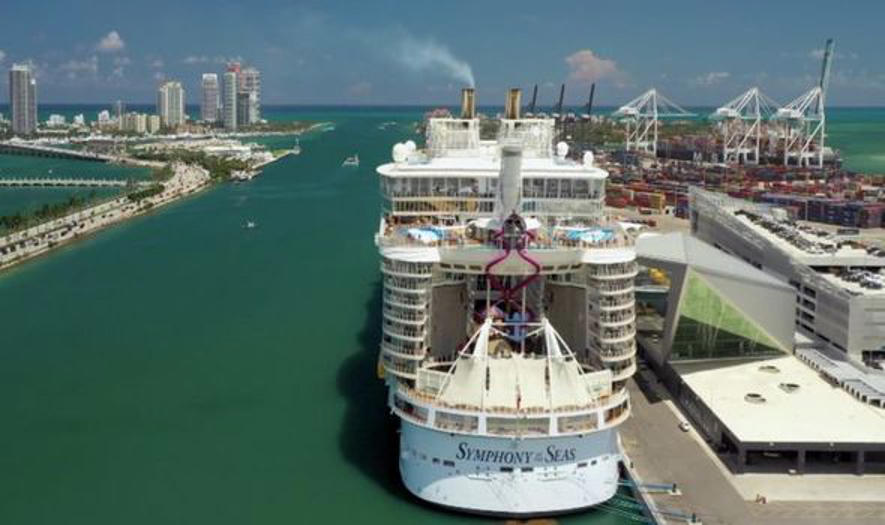 While there are 2,759 rooms on board, there are 138 VIP suites for guests who want the extra special touch.

The most extravagant room is the ‘Royal Loft Suite’ and Channel 4 viewers receive a tour of the suite’s two luxurious floors.

Sleeping six guests, the exclusive room has a private dining area and a grand piano for the musically inclined.

Reyno tells viewers: “We’re pretty much everything. We might have requests for a private yacht, a helicopter and then of course some requests that I should probably not mention.

“Even with magical genie powers, we sometimes just make it on time. Of course, the guests never know that.”

The family VIP suite comes with a private slide and it can be a rush for the crew to get everything ready in time. 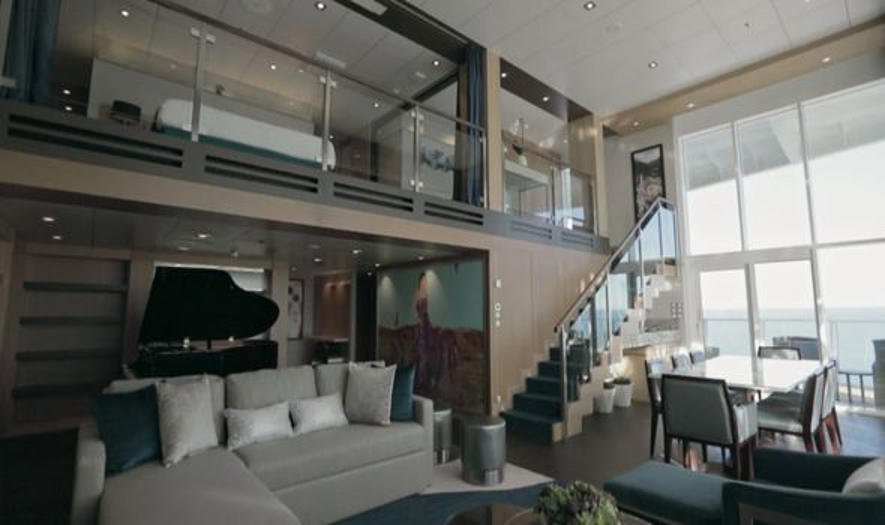 Viewers also join Symphony of the Seas head chef, Alan, as he organises the ship’s 30 kitchens to prepare food for the guests.

The ship even has a potato cook, whose job is to prepare the 30,000 potatoes used each week from chopping to mashing.

The extravagant breakfast buffet offers everything a guest could want and 170,000 rashers of bacon are cooked each week. 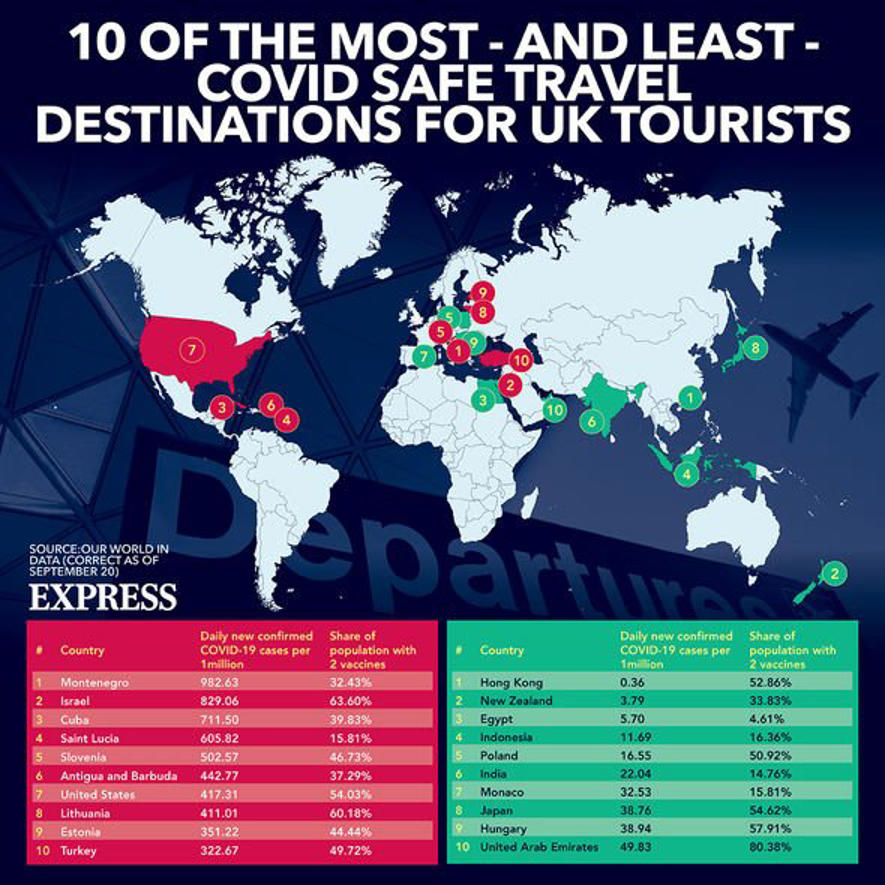 Guests get through 11,000 pounds of watermelon a week and 340 metric tonnes of fresh food.

Symphony of the Seas’ freezer space is the size of five average bungalows and also stores the ship’s alcohol, including a lot of Pimms for British guests.

Viewers also see the hairaising moment Symphony of the Seas docks in the port of Roatan in Honduras.

“A slight movement one way or the other with my finger has massive power”, says the ship’s navigator.

Billion Pound Cruise is on Channel 4 at 7pm.

Private Lives, review: Havers and Hodge are perfect, but which coward cut the risqué lines?

Man, 53, is arrested for murder after woman found dead in house

Advocacy group calls on Social Development to save SAPO

© Provided by eNCA JOHANNESBURG – Advocacy group Black Sash is calling on the Social Development Department to urgently intervene as various Post Office branches have closed down in the ... Read more »

© Leah Farrell RollingNews.ie IRELAND WILL NOT see the impact of the new Omicron variant of Covid-19 for several weeks, according to Green Party Leader Eamon Ryan. Ireland has not ... Read more »

Young Wall Streeters are going wild for crypto. Their bosses don't know what to do about it.

Welcome back to Insider Weekly! I’m Matt Turner, the editor in chief of business at Insider. Goldman Sachs polled its interns earlier this year on everything from posting to TikTok ... Read more »

© Provided by Dot Esports PUBG Mobile quickly became extremely popular in India when it was released in 2018. The game reportedly had over 50 million monthly active users in ... Read more »

Why BMI Isn't an Accurate Measure of Health

Chances are at some point in your life, you and your doctor have discussed your body mass index (BMI) in relation to your health. Unfortunately, for many people (maybe you, ... Read more »

© Mahindra Racing Mahindra M7Electro Both Alexander Sims and Alex Lynn finished on the podium in the third season of FE’s Gen2 era this year, with the latter even ending ... Read more »

There is something different about the Houston Texans defense. © Provided by Texans Wire justin-reid-texans-doing-more-buying-new-defense In the past two contests, the defense has generated a total of 10 takeaways and ... Read more »

Law and District Amateur Athletics Club runners put themselves to the test as the club co-hosted the National Short Course Championships earlier this month. While the strong contingent who took ... Read more »

Legendary Washington safety Sean Taylor died tragically on Nov. 27, 2007. Earlier this year, Washington honored Taylor by retiring his jersey No. 21, becoming only the third player in the ... Read more »

Last week, Pittsburgh Steelers defensive tackle Cam Heyward had an incident with Los Angeles Chargers quarterback Justin Herbert that could best be described as confusing. From the video, it certainly ... Read more »

It didn’t take long after Wisconsin’s 23-13 upset loss to Minnesota for those on Twitter to immediately call for the Badgers to make program-wide changes. It was shades of what ... Read more »

Jets give Zach Wilson a soft landing in return vs. Texans

Travelling from UAE to UK? You'll now need to take a PCR test on arrival

© Provided by BollywoodLife.com Bigg Boss 15 season has been a terribly boring one. The only respite has come from the couple #TejRan who have created some romantic moments. Now, ... Read more »

© Provided by Mid-Day Alaya F has taken over the scene ever since her debut in Jawani Janeman. Winning the Debutante of the Year award with her very first film, ... Read more »

Manchester City have named their starting 11 ahead of their fixture against West Ham United this afternoon, and it could provide an insight into what Steven Gerrard and his Aston ... Read more »

'It's too much' - Jurgen Klopp makes Everton claim before Liverpool derby

Jurgen Klopp has revealed that the Merseyside derby isn’t his ‘favourite game of the year’ ahead of Liverpool’s trip to Everton on Wednesday. The Reds will head to Goodison Park ... Read more »

Burnley’s Premier League clash with Tottenham has been postponed after Storm Arwen covered Turf Moor in a layer of snow. The pitch was inspected prior to kick-off at 2pm this ... Read more »

(ES Composite) If you’ve been waiting all year to replace your worn-out electricals, you’ve played the game well. Now is the perfect time to pounce on amazing deals from a ... Read more »

A 34-year-old man died Sunday morning after he was found with a bullet wound to the head in Northwest Baltimore, police said. Baltimore Police said they were called to the ... Read more »

What Roy Keane said about taking over as Manchester United manager

Hockey: Edinburgh University and Grange march on in Scottish Cup

Voices: Boris Johnson will again resist tough Covid curbs until the last minute – will he ever learn his lesson?

Several thousand rally in Belgrade after scuffles day before

Sex, booze and social media: Would-be politicians are forced to answer 97 questions about their personal habits before getting the job - including if they've ever been to a BROTHEL