Emma Raducanu has been told to stick to one coach if she wants to build on her incredible US Open win. In September, the 18-year-old became the first qualifier in history to win a Grand Slam when she triumphed at Flushing Meadows, beating fellow teenager Leylah Fernandez in the final.

However, in a somewhat ruthless move, she then duly parted ways with coach Andrew Richardson, claiming she needed a mentor with more ATP Tour experience. It was the second time this year the British star has split with a coach straight after a Grand Slam, breaking with Nigel Sears after her run to the last 16 of Wimbledon in July.

Raducanu is currently in Romania preparing for the Transylvania Open, her second tournament since winning in New York. In the build-up she has been working on a trial basis with Spaniard Esteban Carril, the ex-coach of Jo Konta.

Now Greg Rusedski, who was part of the Amazon Prime team that covered Raducanu’s extraordinary US Open feat, has warned that the youngster needs to stick with a coach long-term to maximise her potential.

He was quoted in The Sun as saying “Esteban did a great job with Jo Konta when she had her big breakthrough and got into the top 10 in the world. 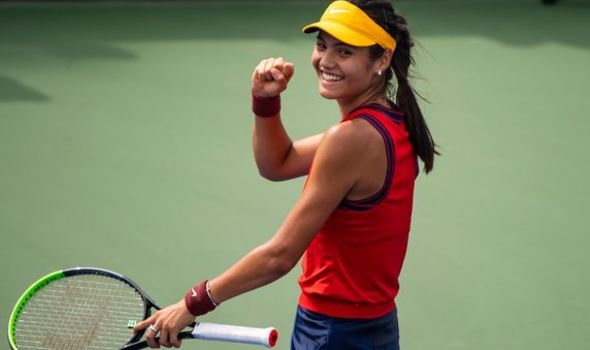 “Hopefully this works out for Emma. But she needs consistency from a team point of view to push on with all the success she has had at the US Open.”

Rusedski, 48, was backed up by another former British professional player in Barry Cowan, remembered best for his epic five-setter with Pete Sampras at Wimbledon.

“You cannot keep running your career like that. It will eventually catch up with you. Certainly she needs to build up and strike a relationship with Esteban. I hope it is successful and lasts.”

Cowan added that for any tennis player, having a series of short-term coaches would only “come back to bite you.”

Raducanu worked with Jeremy Bates on a short term basis as she returned to action at the BNP Paribas Open in Indian Wells this month.

However, in her first match since beating Fernandez, she went out in straight sets to Belarussian player Aliaksandra Sasnovich, and will be looking to bounce back in Romania – the birth place of father Ian.

Carril, 44, has been unable to travel to the tournament with her, but a good display at the tournament will only serve to heighten the chances of his association with Raducanu becoming a lengthy one. 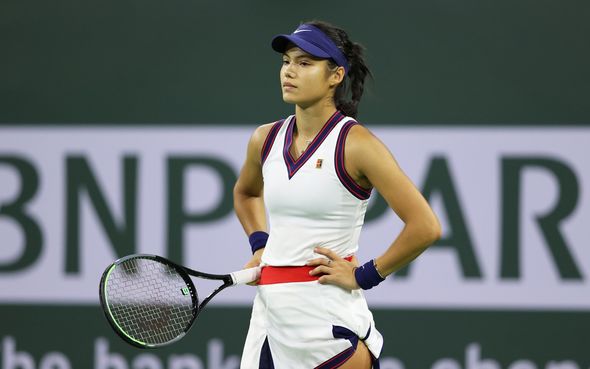 © GETTY Raducanu is currently in Romania.

The week-long tournament begins this Monday, October 25, and will be held at the BT Arena in Cluj-Napoca.

Despite her Romanian roots though, the world no 24 will not enjoy any local support after it was announced on Friday the event would be held behind closed doors.

The decision was taken off the back of another rise in Covid-19 cases in the country.

No need to panic over new variant, not enough data to show it's lethal: ICMR

Amid rising concerns over fresh cases of of the new variant Omicron, the Indian Council of Medical Research (ICMR) said that there isn’t any need to panic and advised people ... Read more »

Drivers are set to be hit with widespread enforcement of £70 fines as councils are given more power against motorists. The “moving traffic” offences local authorities will be able to ... Read more »

Swiss vote on COVID law amid sharp rise in infections

15-year-old confessed to killing his mother in Texas, police say

© Provided by The National Attendees of indoor events must show a green pass on Al Hosn. Khushnum Bhandari / The National Abu Dhabi has increased the capacity of indoor ... Read more »

Shoelaces are truly something to look into as shoes are something we all love to glare at! Here’s a list of ways you can pump up your sneakers the way ... Read more »

© Provided by MensXP Prateik Babbar is one of the most unconventional stars in Bollywood, be it the roles he takes up or his personal style.  Apart from switching up looks ... Read more »

© Provided by The Guardian Photograph: Wild Dales Photography – Simon Phillpotts/Alamy Symbol of Easter and scourge of Mr McGregor, the rabbit may be the cute hero of children’s books ... Read more »

A man was shot multiple times during a house party Saturday night in southwest Fresno. The shooting happened at 9:04 p.m. in the 400 block of East Geary Street, near ... Read more »

CHRISTMAS FM IS officially back on the airwaves today.  The Christmas-themed radio station will start broadcasting from midday today, playing all of our favourite festive songs with less than one ... Read more »

Jurgen Klopp also heaps praise on Diogo Jota after he netted twice in 4-0 win over Southampton: "Exceptional player exceptional boy. He's the perfect signing because he has everything that a Liverpool player needs in this squad"; Liverpool go to Everton on Wednesday, kick-off 8.15pm. Read more »

A new republic is born: Barbados to cut ties with Queen Elizabeth

© Provided by Jagran English Bridgetown (Barbados) | AFP: Barbados is about to cut ties with the British monarchy, but the legacy of a sometimes brutal colonial past and the ... Read more »

casaSALVIA is a four bedroom B&B in beautiful Tenerife and is the first dry accommodation to be run by and created for those in recovery. James and his partner Tony ... Read more »

Ruched Bedding: The Most Divisive Homeware Trend Yet?

View this post on Instagram Interiors have always been as susceptible to trends as fashion but in the past couple of years that trend cycle has rapidly sped up. Thanks ... Read more »

A former F1 racer has claimed that some of Max Verstappen‘s energy is “being drawn away from the track” by Lewis Hamilton‘s incredible performances in the last two races. Both ... Read more »

Manchester United seemed to pull off quite the coup when paying around just £15million for Alex Telles last year. Telles had experience playing for Galatasary and Inter Milan, and the ... Read more »

The son of pastor Douglas Wilson of the controversial Christ Church in Moscow, Idaho, and a close associate have made significant inroads into mainstream culture in America with a successful ... Read more »

Best GHD Black Friday deals: up to 22% off hair straighteners, dryers and tongs

(GHD) Black Friday, the shopping extravaganza of the year, is very nearly here. Although not officially kicking off until November 26, brands and retailers are already dropping early deals ahead ... Read more »

© Provided by Times Live The who’s who of the entertainment industry gathered at the third annual GQ Men of the Year awards tonight.   The awards recognise the men and women who ... Read more »

© Alberto PIZZOLI The reason Calabrians do not talk to the authorities is not because of the code of silence, but because “they don’t know who to talk to,” says ... Read more »

The United States, United Kingdom, Australia and several other countries imposed travel restrictions at the end of November on South Africa and at least seven other African countries after the ... Read more »

People queue for a flight to Paris from Johannesburg (AP) Australia and several other countries have joined nations imposing restrictions on travel from southern Africa after the discovery of a ... Read more »

© https://www.123rf.com/photo_142544324_novel-coronavirus-disease-named-covid-19-with-the-flag-of-sout… © millenius/123rf.com JOHANNESBURG – As more cases of the Omicron variant of the coronavirus have been detected around the world, South Africa appears to be taking a bashing ... Read more »

JERUSALEM — Israel on Sunday approved barring entry to foreign nationals and the use of controversial technology for contact tracing as part of its efforts to clamp down on a ... Read more »