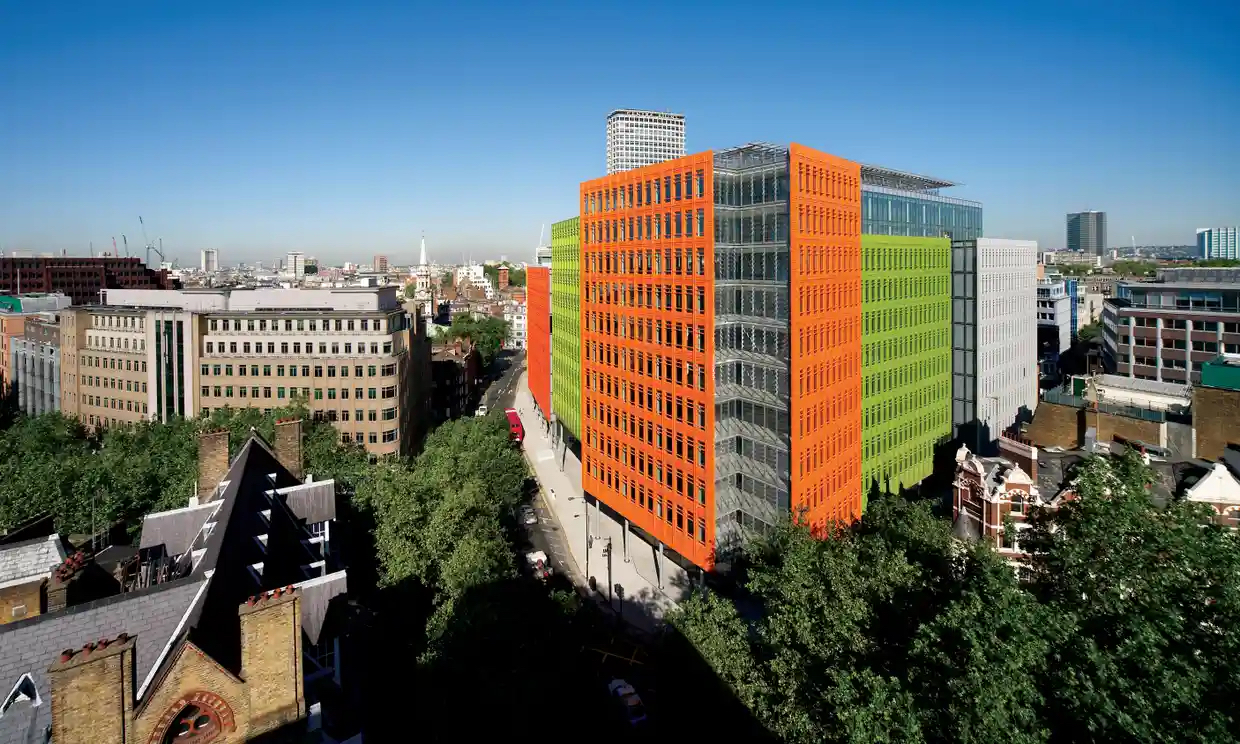 Google is seriously expanding its presence in London, snapping up the Central Saint Giles development next to Tottenham Court Road station for $1 billion as part of a plan to expand its UK workforce to 10,000 people.

Google already rents office space in the development, which was designed by architect Renzo Piano. The building comes with distinctive outside colouring, 38,000 square metres of office space, as well as 100 apartments alongside cafes and restaurants on the ground floor.

The company is continuing to build its flagship UK office space in King’s Cross, announced way back in 2013 and costing £1 billion. According to The Guardian, the King’s Cross office will be finished in 2022 and will stand 11 storeys tall. 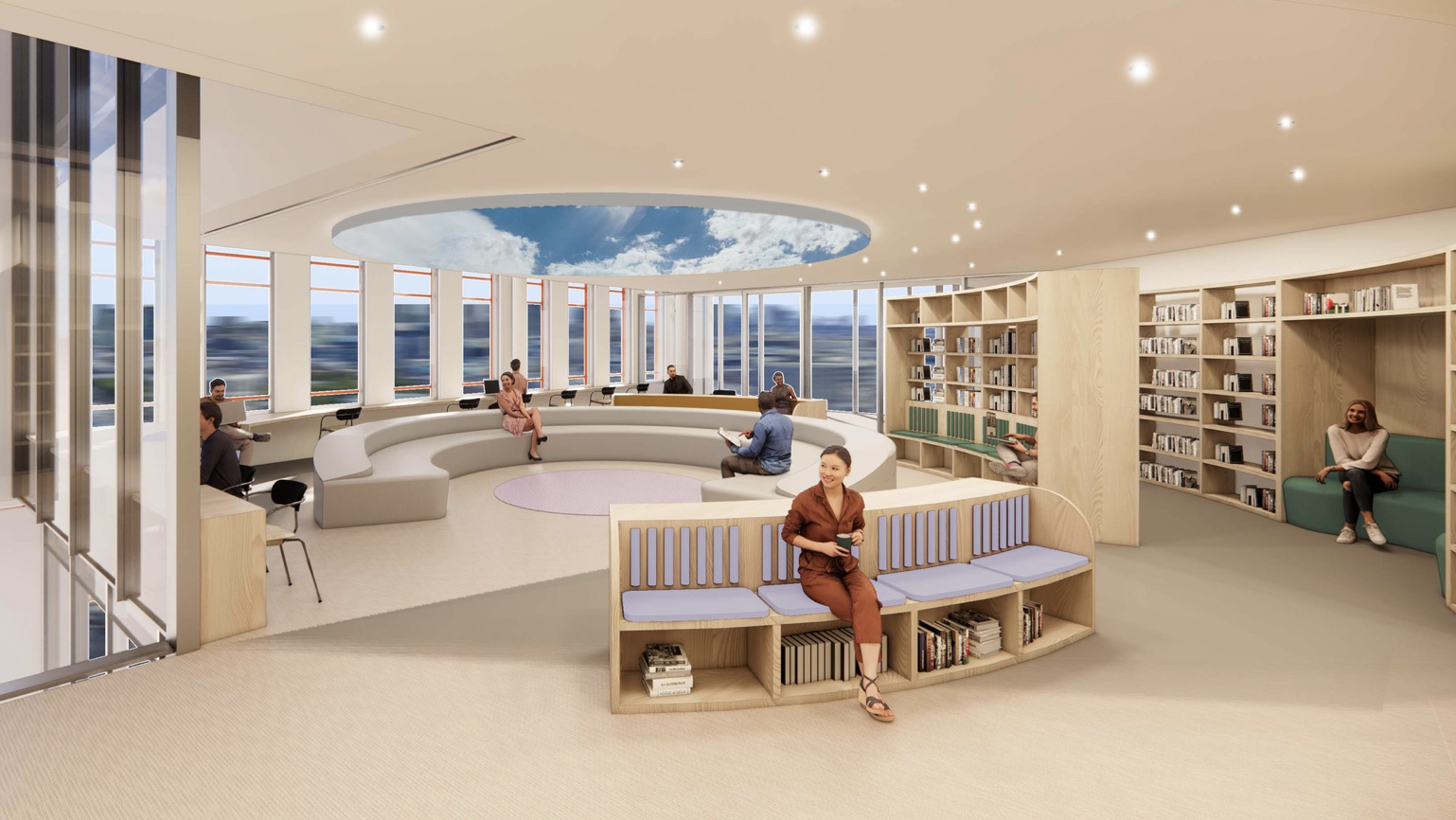 Google remains aware that the working landscape has changed during the pandemic, especially in relation to working in an office. The plan, according to the company, is to let employees use a hybrid model.

“We believe that the future of work is flexibility,” Ronan Harris, Google’s UK and Ireland boss, says. “Whilst the majority of our UK employees want to be on-site some of the time, they also want the flexibility of working from home a couple of days a week. Some of our people will want to be fully remote. Our future UK workplace has room for all of those possibilities.”

Google CFO Ruth Porat said: “We have been privileged to operate in the UK for nearly 20 years, and our purchase of the Central Saint Giles development reflects our continued commitment to the country’s growth and success.”

The Financial Times says Google will become a landlord to all existing tenants in the Central Saint Giles development, including NBCUniversal.

Google also recently completed the Grace Hopper subsea cable from America to the UK, further strengthening the link between the search giant and the country. The company has also invested in subsea cables to Africa.

‘Pokémon Legends: Arceus' leaks reveal the game's entire Pokédex more than a week ahead of launch

Raducanu vs Kovinic live stream: how to watch the 2nd round Australian Open tennis 2022

IT predictions for 2022 and beyond From consumers fooling algorithms to NFTs and 'neuromining', Gartner Inc sees trends that will keep businesses on their toes

The government has pledged to abolish almost every existing Covid restriction over the coming weeks in England and “get life completely back to normal”, a course popular with Conservative MPs ... Read more »

— Recommendations are independently chosen by Reviewed’s editors. Purchases you make through our links may earn us a commission. The fourth chapter of The Book of Boba Fett, “The Gathering ... Read more »

Hey Google, Congress needs to do more to rein in the tech industry, not less

Kent Walker, President of Global Affairs and Chief Legal Officer for Google and parent company Alphabet, wrote a long blog post this week that argues that the “anti-tech” bills the ... Read more »

— Recommendations are independently chosen by Reviewed’s editors. Purchases you make through our links may earn us a commission. The only thing better than adding a new designer piece to ... Read more »

Here are all the best Samsung deals to shop on Galaxy phones, TVs and appliances

— Recommendations are independently chosen by Reviewed’s editors. Purchases you make through our links may earn us a commission. Samsung is one of the biggest names in the tech industry, ... Read more »

AMD vs Nvidia 2022: which makes the best graphics cards?

The AMD vs Nvidia battle is as hot as ever, and the release of Team Green’s Ampere graphics cards and Team Red’s Big Navi Radeon RX 6000 cards has made ... Read more »

This super ambitious phishing campaign impersonated the US Department of Labor

A new phishing campaign has been making the rounds online that convincingly impersonates the US Department of Labor (DoL). Discovered by the email security company Inky, the majority of phishing ... Read more »

COVID-19: Omicron 'in retreat' and England in 'next chapter' of COVID fight, says Sajid Javid as Plan B scrapped

The Omicron variant of coronavirus is “in retreat” and England is in the “next chapter” of its fight against the virus, the health secretary has said. Speaking at a Downing ... Read more »

Britney Spears has sent a cease and desist letter to her younger sister Jamie Lynn over her forthcoming memoir. During an interview last week, the younger Spears discussed Britney’s struggles ... Read more »

Photograph: Akira Suemori/AP Tracey Emin has demanded that an artwork she donated to the government’s collection be removed from 10 Downing Street, saying the “current situation is shameful”. More Passion, ... Read more »

Convicted sex trafficker Ghislaine Maxwell is expected to file a request for a retrial after a juror revealed following her conviction that he was a victim of sexual abuse. The ... Read more »

The Queen sitting alone at Prinice Philip‘s funeral became a symbol of the loneliness of the pandemic. (Getty Images) Downing Street has declined to comment on a report that No ... Read more »

Need a new phone? If you buy with Mint Mobile, you can get three free months of cell service

— Recommendations are independently chosen by Reviewed’s editors. Purchases you make through our links may earn us a commission. Mint Mobile, Ryan Reynolds’ venture into wireless data plans and phone ... Read more »

Tesla shareholders urged a judge on Tuesday to charge Elon Musk $13 billion for his role inthe company’s acquisition of SolarCity, according to Reuters. SolarCity is a company that installs ... Read more »

SpaceX’s Starlink satellite constellation has been concerning the world’s astronomers for years. Now, a new study published in The Astrophysical Journal Letters by astronomers at the Zwicky Transient Facility (ZTF) ... Read more »

— Recommendations are independently chosen by Reviewed’s editors. Purchases you make through our links may earn us a commission. Adding designer goods to your wardrobe is like adding spice to ... Read more »

February 14 is less than a week away, and if you’re looking for a last-minute gift for that special someone, placing an online order for Valentine’s Day flowers is always ... Read more »

A new bill has been put forth by Democrats in the US House and Senate that could drastically change the entire online advertising industry if passed. The bill in question, ... Read more »

With recent patent filings by Walmart (WMT) suggesting that the major retailer may be joining the likes of Meta (FB) and Apple (AAPL) in embarking on a foray into metaverse ... Read more »

I love Wordle, a daily, 5-letter word escape that reminds me that digital pursuits can be pure. Until they trip on the pavement, fall into the mud, and emerge as ... Read more »

Pro gadgets are meant to be exciting, top-end products with flashy features and mind-bending specs, so it’s a sad day when the suffix ‘Pro’ instead only inspires boredom or apathy. ... Read more »

Patryk Milner, 7, died after collapsing in a school classroom. (Reach) A “fit and healthy” schoolboy died after he collapsed in the classroom and suffered a cardiac arrest, an inquest ... Read more »

Warhammer Fantasy has always excelled at the catastrophic. Its grimdark world isn’t just full of heinous monstrosities, they’re practically baked into its bedrock. It’s a setting that forever hangs on ... Read more »

Angela Rayner waving goodbye at Boris Johnson during PMQs (Photo: BBC Parliament/Getty) Angela Rayner had a wordless rebuttal for the prime minister’s attempts to put down Labour during PMQs on ... Read more »

(Getty Images) Londoners will still be required to wear masks on the Underground and buses in the capital despite the easing of Plan B restrictions, Sadiq Khan has confirmed. Prime ... Read more »

Craig Wiltshire died after being apprehended on suspicion of a series of burglaries by a member of the public. (SWNS) The first picture has been released of an apparent burglar ... Read more »

The Chinese tech giant Xiaomi has already unveiled the first few phones in its latest flagship generation, so we’ve seen the Xiaomi 12, but there’s still been no official confirmation ... Read more »

Microsoft has launched its Surface Laptop SE and this new student laptop aims to take on Chromebooks in the K-8 education market. First announced in November of last year, the ... Read more »

A brand new trailer for Pokémon Legends: Arceus has been released and it offers what might be our best look yet at the game’s historical Hisui region. Posted to YouTube ... Read more »

There’s nothing better than recommending a product that is also incredibly affordable. Sitting in the top three of our best VPN guide is Surfshark – and it’s just got even ... Read more »

The online world can be a dangerous place, where it seems like just about everyone is trying to spy on your activities and steal personal data. Fortunately, you’re protected by ... Read more »

Customizable pronouns are coming to The Sims 4 at some point in the future, as demonstrated in a recent livestream. There’s no release date yet and the new system is ... Read more »

Ericsson has filed further legal claims against Apple in a bid to make the iPhone manufacturer pay what the former considers to be a fair rate for its 5G patents. ... Read more »

Prime Minister Boris Johnson speaks during prime minister’s questions in the House of Commons, London. (PA) Boris Johnson is not having an easy week. Following his confession he attended a ... Read more »

The Downton Abbey actor looks the spitting image of the Baywatch star in the new Disney+ docudrama which tells the true story of a sex tape stolen from Anderson and ... Read more »

Boris Johnson can ‘wriggle out' of resignation even if MPs misled over No 10 party, experts say

Murray vs Daniel live stream: how to watch online, Australian Open 2022, second round

How to look your best on a video call

What is an iSIM, the SIM directly integrated into the smartphone's processor?

Instagram is testing paid subscriptions with a small group of creators